Bond's Lotus submarine up for sale at RM 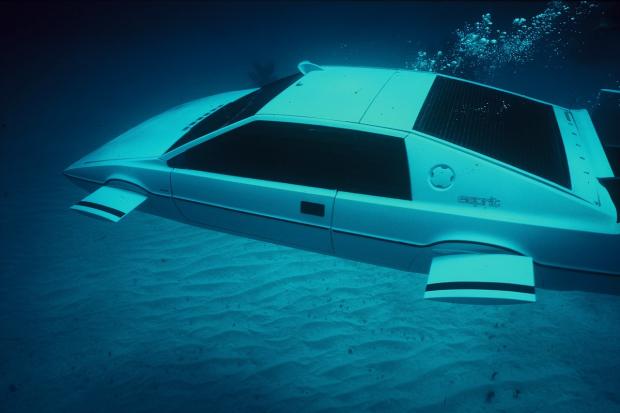 The Lotus Esprit that starred in the James Bond movie The Spy Who Loved Me is to be sold at RM’s Battersea Park sale on 8-9 September.

It took part in one of the world’s most famous car chases, foiling two road-going baddies, before driving off a pier, transforming into a submarine and destroying a helicopter gunship with a surface-to-air missile.

The car then emerged from the sea on to a busy beach leaving holidaymakers speechless.

The car offered by RM was one of six Esprit bodyshells used during filming but the only functional submersible, which was piloted by retired Navy Seal Don Griffin in the underwater scenes.

With filming complete, the car was moved to an unassuming storage building in New York under a 10-year lease that was paid in advance.

It stayed there until 1989, when the unit’s contents were auctioned blind to members of the public. A local couple’s modest bid won the contents and the Esprit was discovered hidden under a blanket.

Now positively indentified, the car has been on show at various locations including the Petersen Automotive Museum in Los Angeles.

The last Bond car sold by RM – the Aston Martin DB5 from Goldfinger – netted the Canadian auction house £2.9million in 2010.