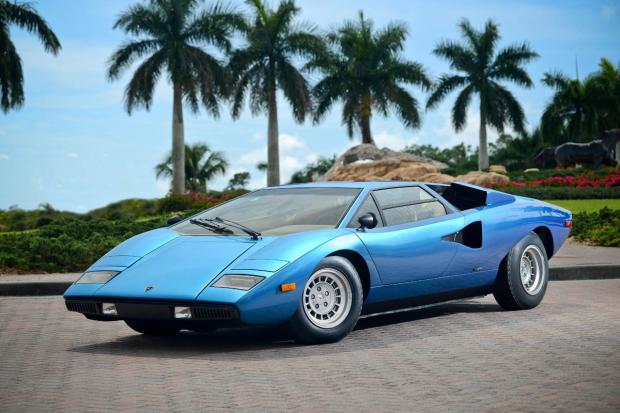 Competition for the earlier supercar was fierce, with the new owner, who was seated at the front of the room, beating several telephone bidders from around the world. The Lamborghini was the star of a sale in which more than $8m changed hands.

The high price achieved was largely due to the car's provenance: it had covered just 16,500km since new and had been in the same ownership since 1978. The car was presented in its original colour combination of Blu Tahiti and Naturale leather interior and had never been restored, making it a rarity among the 150 examples built.

All of the appointments on the LP400 were as they were when the car was delivered to Switzerland in 1975, including the Phillips stereo, gauges and Christmas tree warning lights, with minimal wear throughout.

Slightly more common – one of 321 examples – was the 1982 LP5000S. Like the earlier car, it had led a cosseted life, covering just 13,642km from new. It had also spent a considerable length of time with one owner, who bought the Lamborghini in 1984. Little use followed, with the car being put into professional dry storage in 1992, where it remained until the sale. During its time away it was serviced regularly by Portman Lamborghini and Lamborghini London, also undergoing a £4500 major service at HR Owen prior to being consigned.

The incredible prices achieved for both early and late Countach illustrate a growing interest in the Italian supercar, from the clean and uncluttered design purity of the first batch through to the more muscular, ostentatious and powerful 1980s models.