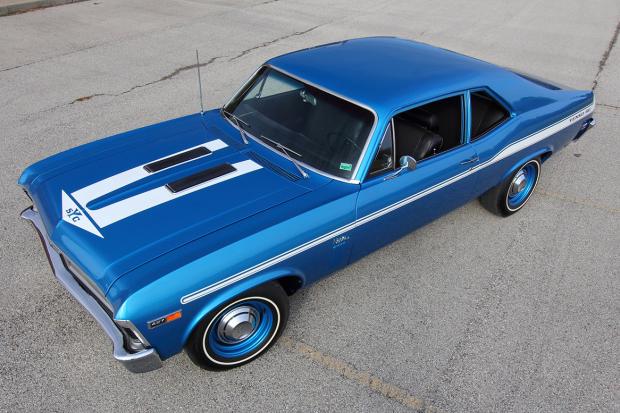 Mecum Auctions is no stranger to muscle cars – the firm sells more than 15,000 vehicles every year, usually averaging at least one event a month. But it’s not every day that a hoard of top-quality classics comes from the same collector. In this case, that man is Wayne Schmeeckle.

The Colorado collector is parting company with no fewer than 23 of the star attractions from his collection, which spans 1967 to 1971. It comes as no surprise that the group includes a 1969 Chevrolet Yenko Camaro – he originally set out to collect a Yenko model in each colour, and once he’d achieved that goal he broadened his horizons: “We wanted to get the whole line, as far as the Chevelle, the Novas, the Corvette…kind of get a complete collection put together of the Yenko cars.”

What marks the collection apart from others is the quality of its component parts, for which Schmeeckle has incredibly high standards: “It’s important for us when we by a car; it’s important for us when we sell a car,” he explains. “There is only one chance to make a great first impression, and having the paperwork to authenticate a car’s origins is the best way to do that.”

Rome wasn’t built in a day though: the collection has been gradually built up over a number of years by continually ‘trading up’ to better examples. “A lot of times we’ve upgraded cars two or three times to get to the level where we’re at, so we didn’t just go out and buy 50 cars. We’ve probably gone through 150 cars to get to this point.”

Among the cars being sent to the block are two Baldwin-Motion Phase III Camaros, which count as two of the rarest cars in the set. The 1971 model is one of just three known to exist, while the earlier 1968 car is highly original, showing just 4085 on the clock.

The Camaros will be joined by two Boss 429s, two Winged Warriors, a trio of Six Pack cars all from 1971 and a four-speed Dodge Hemi Challenger R/T.

The cars will be sold at Mecum’s Kissimmee, Florida auction from 15-24 January 2016.