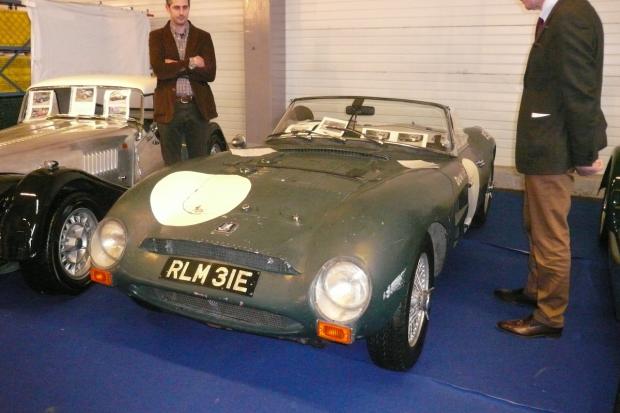 A distressed and unique Triumph stole the show at the Flanders Collection car show in Ghent, Belgium on 16-17 February.

Based on a TR3 chassis and built up by Anthony Snapper, who bought the body for £6, the Microplas Sport Special with Mistral coachwork offered an intriguing take on the British sportster.

Current owner Christophe de Fauconval said that he could trace other Mistral-bodied E-types, but the special TR3 is believed to be the only one with Austin A10 modified front axle, TR4 engine and glassfibre racing body. Mistral built the car by special commission on chassis number LSR.102.BH with TDD36E engine.

They ranged from an original-looking grey XK120 through a range of racers to a gold S-type.

Another standout was a remarkable Ford Thunderbird with fewer than 900 miles on the clock.

Citroën DSs were out in force, but upstaged by a 1973 SM with V6 Maserati engine in original condition and with only 70.000km on the clock. Interest was heightened by what looked like a very reasonable €16,000 asking price.