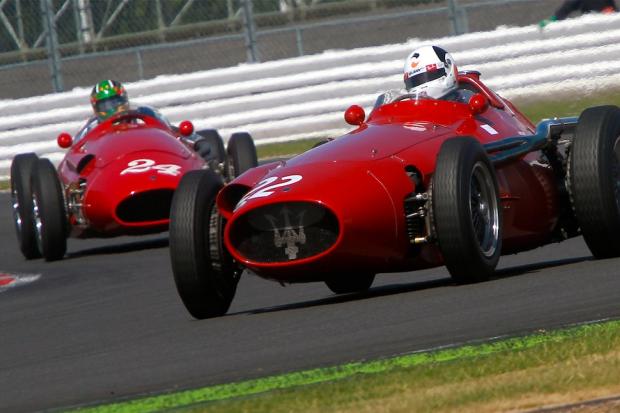 The Silverstone Classic is shaping up to be one of the world's biggest celebrations of Maserati as the Modena marque celebrates its centenary in 2014.

Founded in 1914 by Alfieri Maserati in Bologna, even though it didn't build a car bearing the brothers' name for more than  a decade, the company quickly achieved legendary status on the world’s racetracks and roads.

Victory in the early Targa Florio was followed in the 1950s by countless sportscar triumphs at venues such as Sebring and the Nurburgring plus two F1 World Championship titles with the great Juan Manuel Fangio.

This rich history will be on display in myriad ways during the 25-27 July festival as Maserati has been declared the event's official 'Celebration Marque'.

There will be special races, displays and parades co-organised with Maserati GB and the Maserati Club UK. As has become traditional, there will also be a giant cavalcade featuring the company’s most evocative and significant

Peter Denton of Maserati North Europe said: “This is a very special year for Maserati and a wonderful opportunity to look back through our history and celebrate the milestone achievements from the last 10 decades.

“The Silverstone Classic is the perfect occasion to bring together a full spectrum of iconic Maserati models, both past and present. Giving Maserati aficionados a unique chance to see so much of our history in action, as well as introducing a new generation of drivers to the models that have defined and continue to define the Maserati brand as we enter our next 100 years.”

Early bird tickets are on sale until the end of March, click here to book or for more info.