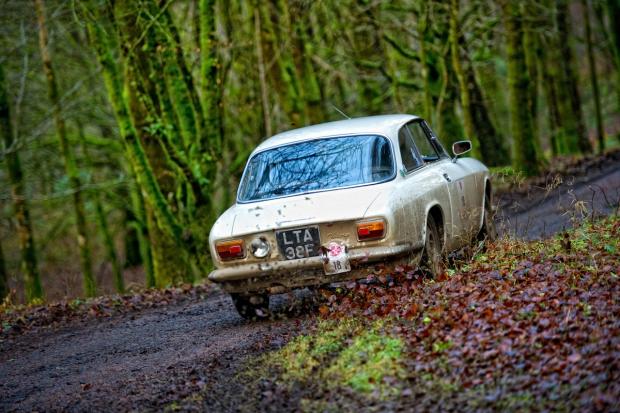 Setting off from Land’s End on 7 December, the 1967 Giulia Sprint GTV held off a strong challenge from Andy Lane and Iain Tullie in a 1973 BMW 2002tii over 1500 miles. Lane and Tullie might have missed out on overall victory, but they were still good enough to take a class win and gold medal status.

Third-placed  of the 65 crews that set off for John O’Groats in unusually good weather was the 1964 Triumph TR4 of Tony Sheach and Rob Kiff. The pair had been in close contention until slipping back on the final day and finding themselves having to hold off the charge of Nick Jarvis and Ryan Pickering in a similar car to hold on to third.

Patrick Burke, joint managing director of HERO, said: "This year’s Le Jog was a superb event and quite an unusual one too. We had no snow, no ice on the roads and even temperatures up to 15° degrees when we are normally used to -5°. However, the tight schedule and nature of the route confirmed it as the toughest classic rally in Europe."