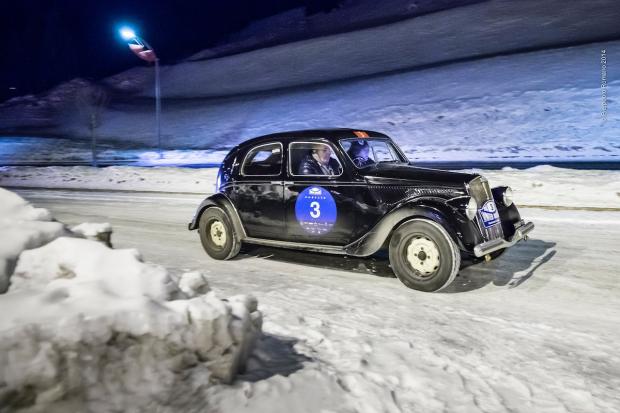 It was the pairing's sixth success in the rally, but it was far from easy, with just 39 penalties separating them and the second-placed crew of Ezio and Francesca Salviato in a 1939 Aprilia.

Third place went to the Margiotta/Perno 1965 Morris Mini Cooper 'S', splitting up what would have been an all Aprilia podium thanks to Aliverti/Maffi taking fourth in their 1940 Lancia.

All but 21 of the 118 starters made it to the finish at some 1500m altitude in Madonna di Campiglio.

Some of the more interesting entries included the Pellegrino/Draga 1974 Saab Sonett III that was the last of the classified finishers in 97th, plus the oldest car running, the 1932 Fiat 508S of Spagnoli/Parisi that came a creditable eighth overall.

Both the Lancia Stratos that entered made it to the finish, but in lowly 55th and 71st places.