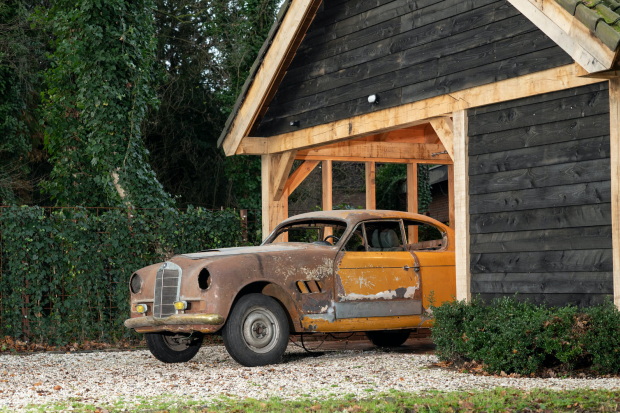 At first glance, this rusty, windowless hulk looks like just another forgotten classic, the victim of an unfinished restoration and unforgiving weather conditions.

Take a closer look, though, and you’ll probably end up confused – because while it may wear a Mercedes-Benz badge on the bonnet, the bodywork suggests it’s a mid-century Lancia.

So what’s going on?

Well, the car in question is indeed a Mercedes, but one with custom coachwork that marks it out as a true one-off. What’s more, it’s going to auction next week in Paris – and with no reserve. 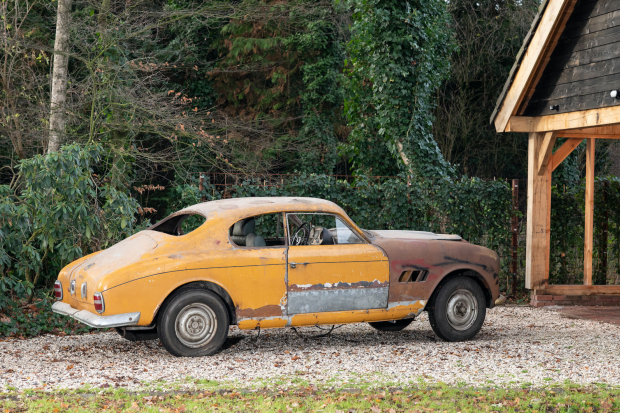 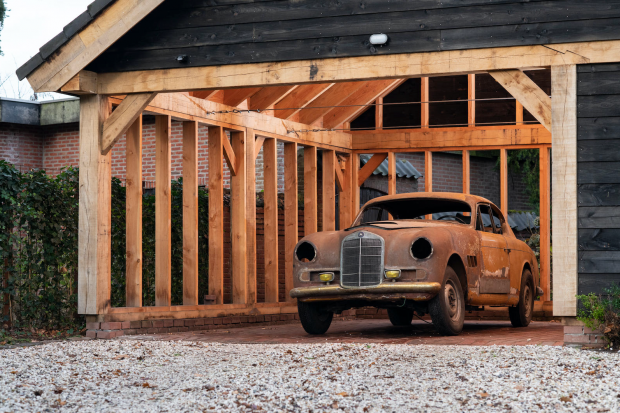 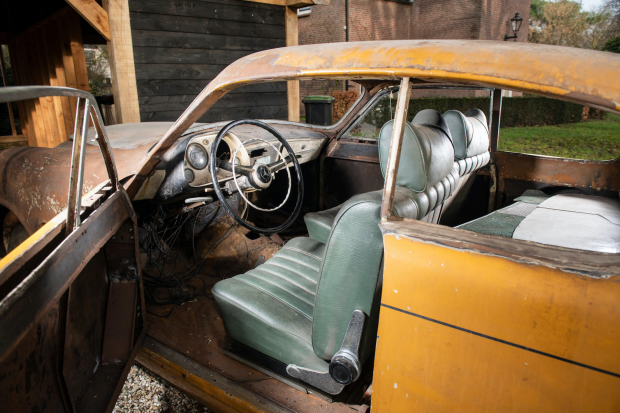 The Merc was fitted with the new coachwork after an accident

At its core, the rusty hybrid is a Mercedes-Benz 220 (W187) – a luxury tourer built by the German marque in the first half of the 1950s, and one of the first post-war Mercedes machines to carry a six-cylinder engine.

Finished in 1952, the saloon was delivered new via an importer based in Mechelen, Belgium, and it’s believed to have spent all of its life between Belgium and the Netherlands.

Much of its past remains murky, but it is thought that it gained its special coachwork after an accident early in its life.

And that coachwork is distinctive indeed: its sweeping shape, long nose, flat front, curved windows and short tail are a long way from the imposing, stately styling of the average W187, instead bringing to mind an icon of ’50s Italian design – the Lancia Aurelia B20. 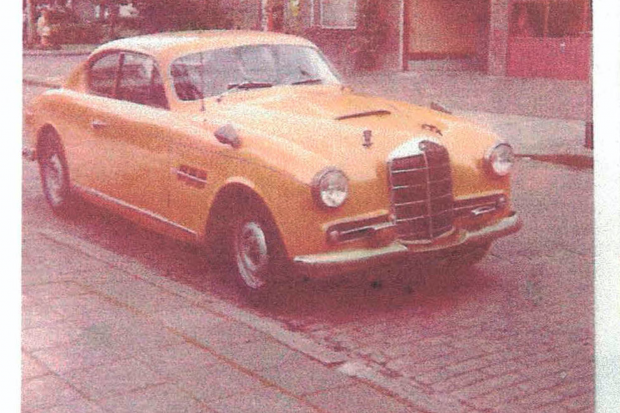 Styled by Felice Mario Boano at Ghia, the B20 was an arresting two-door coupé, launched in 1951 and powered by a 2-litre V6 engine.

The Mercedes does a very good job of impersonating one, but who was responsible for the bespoke body? Auction house Bonhams points to two possible theories. One is that, after its accident, the Benz received the unique shell from MHK – a German technical college known for its work producing special coachwork for cars.

The alternative theory is that it was made by an established coachbuilder in Belgium, although there’s no evidence as to which one it might have been.

Whatever the case, it was a stellar effort: no ropey cut-and-shut, the shell looks every bit the original coachwork and fits the 220’s chassis like a very stylish glove.

There’s no definitive date for the work, either, but a Dutch document from 1968 refers to the 2-door body, while letters from 1973 reference the coachwork. Photographs – believed to be from the 1970s – also show the then-yellow Mercedes in all its rebodied glory. 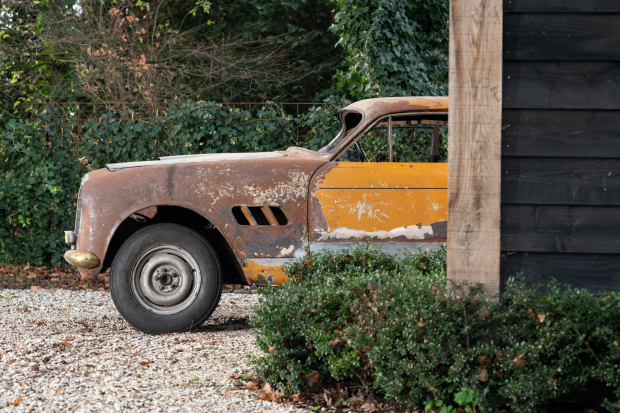 Fancy a project? It’s going to auction with no reserve

Alas, it’s not in such good condition today. Stripped back at some point in the past, it’s now missing several parts, from the glass to the gearbox – though the engine still appears to be in situ.

Bonhams reports that the missing bits are believed to be held by one of the car’s previous owners – so, provided the winning bidder is willing to act as both mechanic and sleuth, there’s plenty of potential for this truly unique machine. Especially when you consider that good examples of the W187 can be worth upwards of £100k – and that’s just for the standard models.

Interested in fixing it up? You’ll need to head to Paris for the Bonhams sale on 7 February. The good news is that the Mercedes is hitting the auction block with no reserve and a lower estimate of just £13k. The bad news? Your restoration budget will need to be a lot bigger.

A road trip to remember in a Merc 280SL ‘Pagoda’ 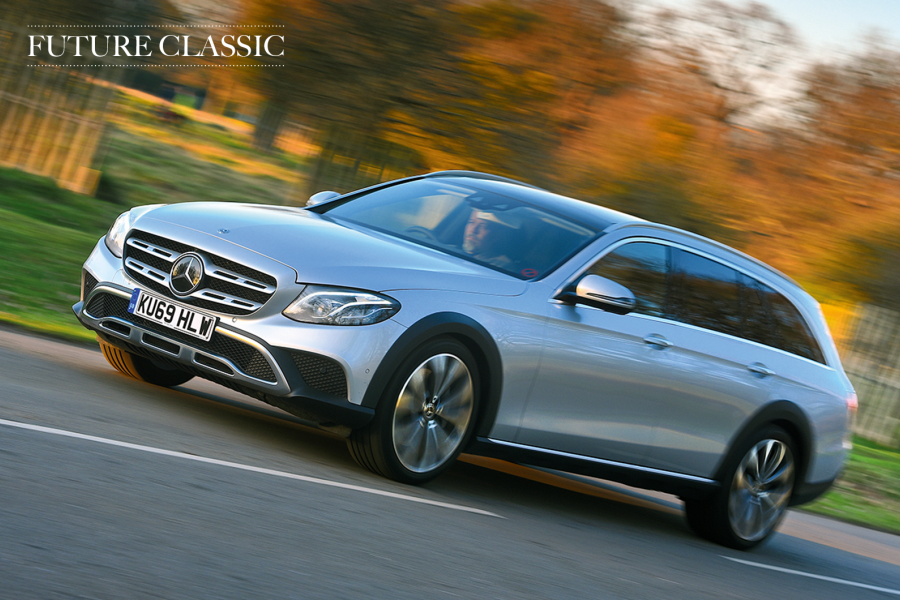 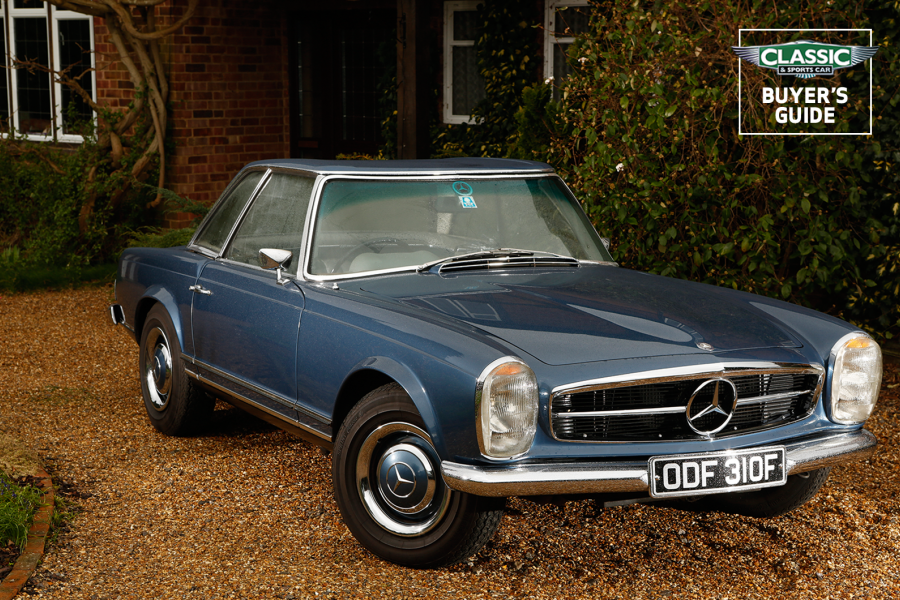 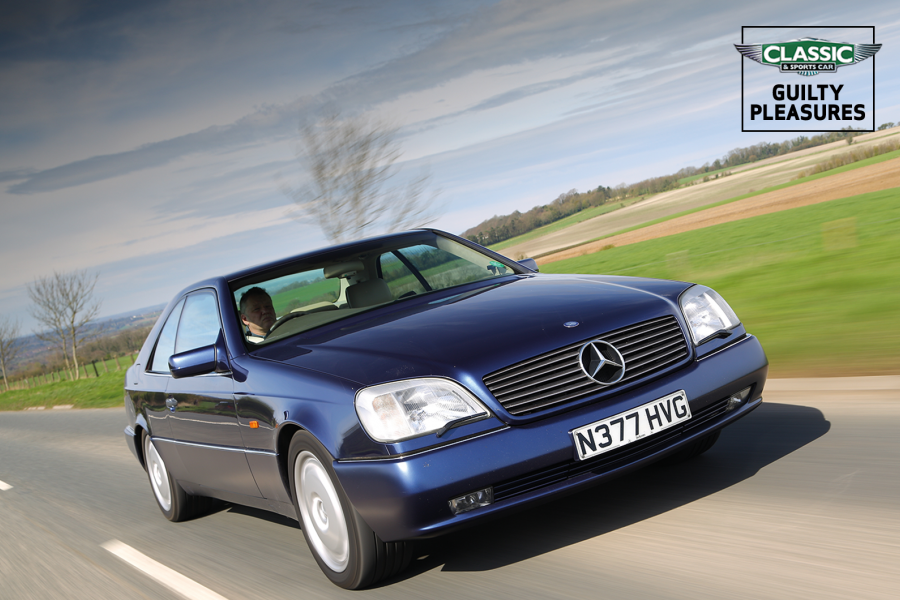 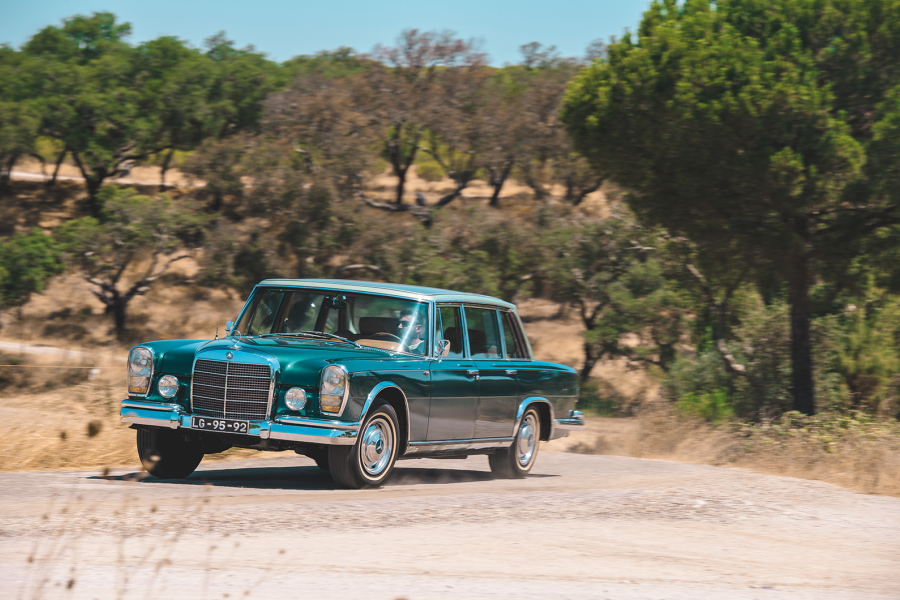