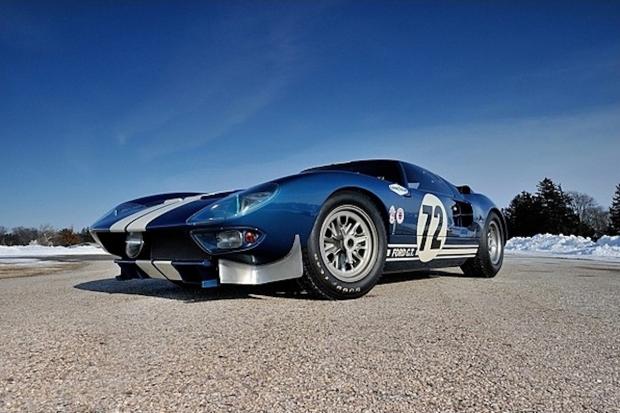 The $7million shelled out for the 1964 Ford GT40 prototype GT/104 helped propel US auction house Mecum to a mammoth $33.5million total for 765 classics (from a 1000-car catalogue) at its recent sale in Houston.

GT/104 is one of only two examples prepped and raced by Shelby American for 1965 and, while the next-biggest seller came in at a comparatively lowly $725,000, the GT40 was far from the only interesting lot.

That total came for the 1967 Chevy Sting Ray widely referred to as the 'McNamara' Corvette, which has fewer than 3000 miles on the clock having been hidden away – albeit lovingly maintained – for four decades.

The third-priciest car was the 1968 Yenko Camaro RS/SS – Mecum seems to have become the auction house of choice for Yenkos – that amassed $450k.

Auction-house boss Dana Mecum said: "Our Houston event is one of the fastest-growing auctions on our calendar. The quality of collector cars continues to rise year after year here in Houston, and the people of this great car town are what keep us coming back to the great state of Texas."

The top 10 sellers were:

Click here or here to see our preview stories.