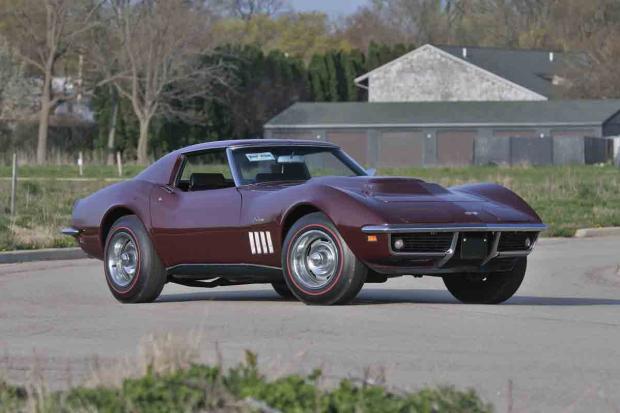 A pristine 1969 L88 with coveted Bloomington Gold Survivor status will be one of the stars at this weekend’s Mecum Specialist Corvette Auction.

The near-perfect example comes complete with an original drivetrain, paint and interior, and has been well specified from the factory to include J56 heavy-duty brakes, a four-speed manual ’box and is powered by a 427cu in 430bhp V8.

The car’s original owner bought it in Ohio and kept it for 20 years.

This 1953 Chevrolet Corvette roadster offers a more elegant option with the further lure that it was once owned by Country&Western star Alan Jackson.

The car has never been restored, carries only 4300 miles on the clock, is powered by a 235cu Blue Flame six-cylinder engine and is one of only 300 built.

Finally, this 1962 Chevrolet convertible offers around 360bhp from its 327cu in engine and drives through a four-speed ’box.

It has been subject to two restorations – one in ’97-’98 and another in ’06-’07 – and has won numerous accolades including: the Triple Crown Award, Gold Spinner Award, the Top Flight Award and is Bloomington Gold Certified.

Gates open at the Bloomington sale at 8am (local time) in Illinois, USA.