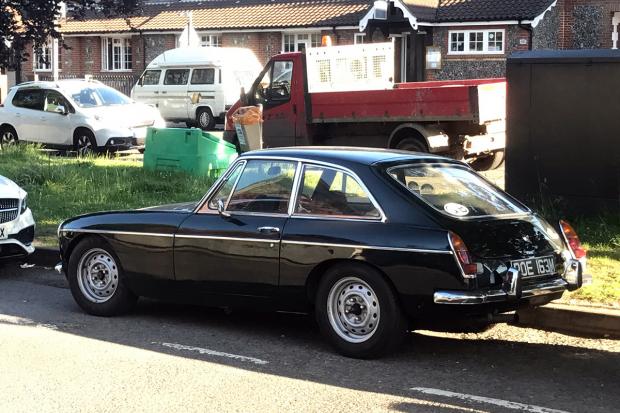 It’s been a wild 24 hours for those of us who own classic cars. With one swoop of a pen, the Department for Transport has exempted most classic cars more than 40 years old from the annual roadworthiness test, effective 20 May 2018. To say the response has been a mixed bag would be an understatement, with almost as many of you coming out in support of the change as condemning it as a reckless move that may put lives in danger.

A similar narrative was reflected in the official consultation document, which polled some 2141 individuals, 24 businesses, six trade bodies, nine other public bodies, and as many as 37 motorists’ clubs. It found that only 899 respondents were in favour of exempting vehicles over 40 years old from the MoT, with a whopping 1130 respondents in opposition. Should alarm bells be ringing at the DfT when the majority of those polled – many of whom have to jump the MoT hurdle each year – would rather the test remain in place?

The benefits of the move seem to be focussed around saving owners of pre-’78 classics money, both from the test itself and the cost of getting the car to the test centre. But what are the long-term effects of the legislation?

It seems reasonable to assume that garages – in particular those that cater for classic cars – will suffer financially. Not only will they miss out on the annual test fees, but also a raft of work that would have resulted from cars that failed their MoTs.

Then there are the numerous safety aspects to take into consideration. Of course, the majority of cars in this bracket are well maintained by enthusiast owners. But at least some of that must be due to the accountability of an annual test. Without that, will there be a temptation for owners to put off maintenance? I wonder how many landlords would have their property’s boilers serviced annually if it wasn’t required by law.

Even if we assume that all classic owners are well intentioned, the fact remains that the annual MoT is still a more thorough examination than that most owners subject their cars to. And while many owners are mechanically minded, few are trained to spot potential problems to the same degree as an MoT tester. How many of us have been surprised by corroded spring mounts, weakened seatbelt mounts, or other safety critical problems of which we were unaware until test day?

People have also pointed out that the result will mean more pre-1978 cars on the road with fewer being scrapped due to failing their MoT, where I suspect the opposite will be true: without an annual test to fix problems as they arise, corrosion may be ignored until it’s too late. It’s more affordable and achievable to keep a car on the road with regular repairs than it is to stare down the barrel of a full restoration after years of neglect.

Ultimately, I find it a strange situation where the opinions of countless experts and enthusiasts are overruled by Government, especially when the scope of change is so drastic and the consequences so challenging to predict.

A great deal of faith is being placed in owners to do the right thing, and while many will, the road to hell is paved with good intentions.