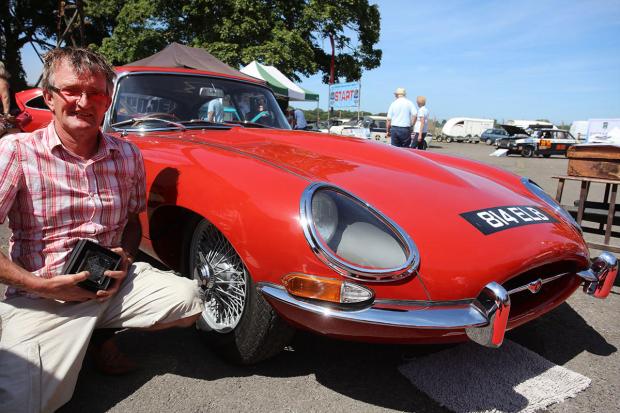 A 1962 Jaguar E-type driven by Sean Connery in the 1964 film Woman of Straw has been awarded the Best of Show gong in the inaugural Flywheel Concours, part of The Classic & Sports Car Show in association with Flywheel, at Bicester Heritage on 23-24 June.

The beautifully presented 3.8 Series 1 coupé was the pick of a spectacular array of vehicles gathered in Bicester’s technical area and were split into five concours classes comprising Dawn of the Supercar, Movie Star Cars, 50 years of British Leyland, Classic & Historic Rally Cars, and The Class of 1948.

“I haven’t been able to sleep for a month since getting the invitation, I was so excited because I've never been to anything like this before, and was worried the car wouldn't be good enough!" said owner Lee Mynard. “I’m blown away and a bit overawed by it all, I didn’t know what to expect and can’t believe what a fantastic event it has been.”

The E-type – star of the film adaptation of French crime thriller La Femme de Paille by Catherine Arley – beat stiff competition from dozens of world-class cars, including those from arguably the most eye-catching  (and certainly the most valuable) class that boasted five incredible classics from the early beginnings of the supercar. 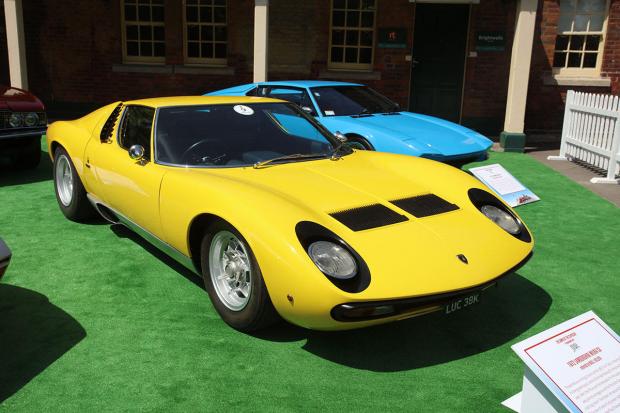 Star of the display was Niall Holden’s stunning 1972 Lamborghini Miura SV, which set the tone with its swooping Gandini-penned lines and striking paintwork, and topped its class. The car is one of just seven right-hand drive examples and was ordered new by Rod Stewart following the success of hit record Maggie May. 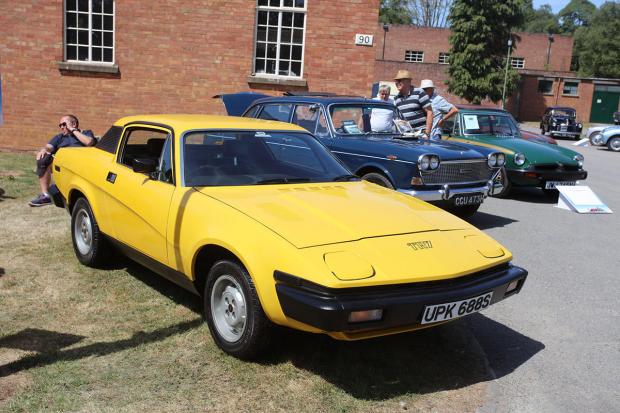 Less glamorous but every bit as compelling was a selection of British Leyland machines that charted the groups fortunes from 1968 Triumph TR5 – entered by William and Fiona Bourne – through to Trevor Ford’s 1976 Morris Marina 1.8 Special. The class was won by Charles Porter with his early 1976 Triumph TR7, which was resplendent in dazzling yellow paintwork.

A second Marina – entered by Gary Dunster – was a rare beast indeed, being one of few examples modified to convertible configuration by West Country BL agent W Mumford. Also an uncommon sight was Phil Kershaw’s 1970 Mini Cooper ‘S’ – rarest of all Cooper ‘S’ models (the Mk3 ‘S’ was manufactured for just 15 months).

Meanwhile, Neil Kirby brought along his 1969 Austin 3 Litre, and Nigel and Angela Adams led the Triumph charge with their impossibly clean 1972 TR6, while parked alongside was David Tallon’s 2000 Mk2, which flew the flag for the ‘big saloons’. The set was rounded off by former BL man Denis Chick’s low-mileage 1975 Vanden Plas 1500, Alex Baker's ’73 Rover 3500, and the imposing ’76 Jaguar XJ 5.3C. 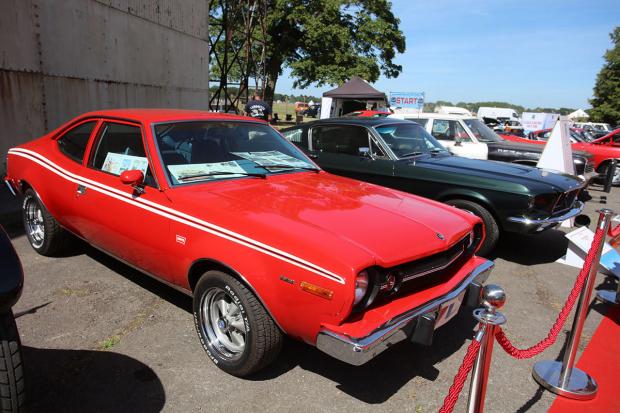 The Movie Car class proved popular throughout the show weekend, with a 1911 Vauxhall C-type Prince Henry – star of 2011 picture War Horse – making an appearance from the firm’s heritage collection rubbing shoulders with a 1974 Dodge Monaro police car from The Blues Brothers and a ’71 Plymouth ‘Cuda Convertible from Tim Burton’s Dark Shadows. Ultimately, it was the enduring appeal of The Man with the Golden Gun that won the day, with Nigel Jeffery’s 1975 AMC Hornet Coupe of the type from the film’s famous 360 degree twisting jump taking class honours. Also on show was a 1968 Ford Mustang GT390 representing Bullitt. 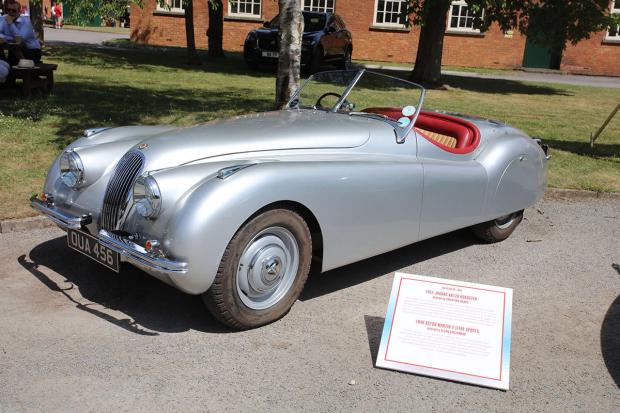 A half-century of groundbreaking designs was celebrated in the Class of 1948 category, which marked the optimism of British manufacturers in the post-war period. Among the incredible crop of new models were Aston Martin’s 2-Litre Sports, Land-Rover’s Series One, and Tatra’s T600 Tatraplan, with examples from Allan Southward, Gary Pusey and Jan Stanek, respectively. The high quality entries were boosted by a 1950 Bristol 401 brought along by Sam Frost, and Vauxhall’s own Wyvern L-type, but the judges’ favourite was the 1951 Jaguar XK120 of Christian Baker, which was first owned by a supplier of XK castings and cylinder heads. 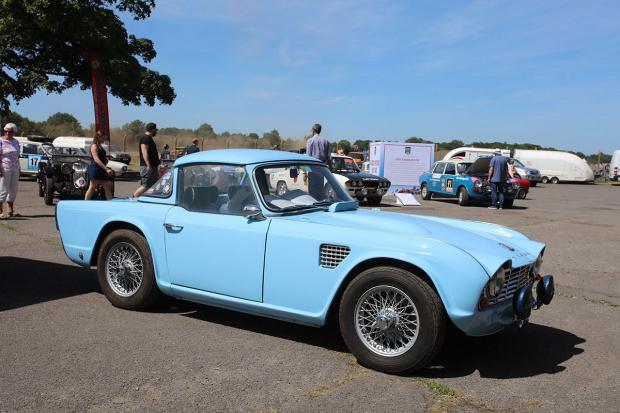 A fascinating selection of historic rally cars made up the final concours class, with several significant machines – such as Patrick Walker’s 1970 World Cup Rally Triumph 2.5PI, one of just four works cars built – taking to the field. In the end, it was the much-campaigned 1962 Triumph TR4 of Gareth Firth – and former works charge of John Sprinzel and ‘Quick’ Vic Elford – that captured the judges’ attention.

Malcolm McKay’s 1952 Triumph TR2 that had conquered the 17,000-mile 2001 Inca Rally challenged for honours, as did Nigel Pattern’s Gordini-prepared ’66 Renault 8 and Martin and Rita Lewis’ ’76 Ford Escort Mk2 RS Group 4. A brace of Morris 1800 Landcrabs – both from 1968 – comprised former World Cup Rally and London-Sydney Marathon entrants. They were joined by a pair of Morris Minis, the pick of which – Chris Spennewyn’s 1965 example – was built for ‘Flying Finn’ Rauno Aaltonen for the marque’s six-car assault on the ’65 Rallye Monte-Carlo.