10 for £10k: bargain classics for sale next month 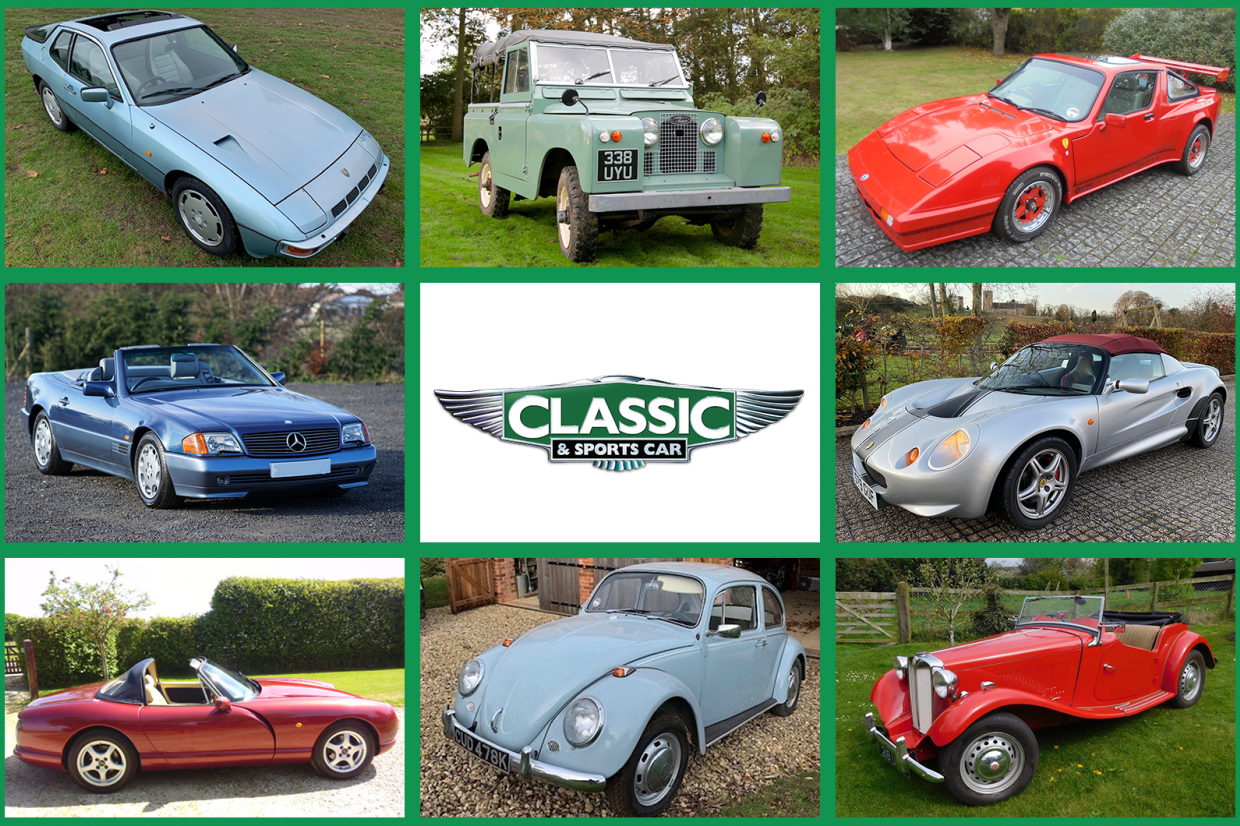 It’s never too early to go Christmas shopping – especially if you’re buying yourself a treat! In which case Classic Car Auctions’ 7 December sale might be just the place to start looking.

Coming to the Warwickshire Event Centre near Leamington Spa, the sale’s lot list is filled with interesting classics, many of which you could pick up without breaking the bank.

To prove it, we’ve found 10 classics that might go to new homes next month for less than £10,000, based on their pre-sale estimates.

Granted, they’re not all concours-ready examples and some might need a little TLC, but we love everyday classics for their usability, charm and fun factor. Tempted? Read on for our suggestions. 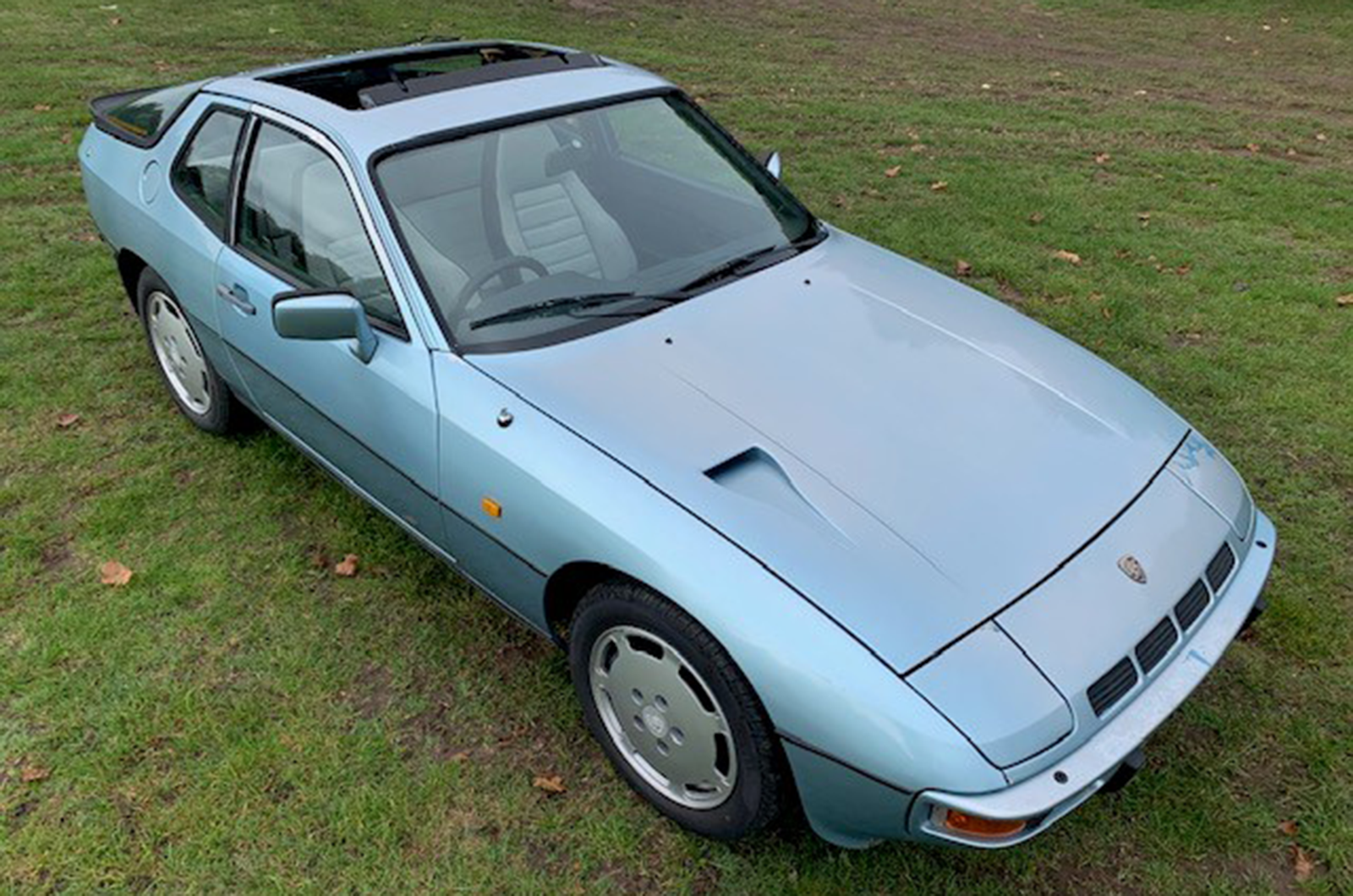 Finished in a fetching blue and described as a ‘barn-find’, this 1982 Porsche 924 turbo’s guide price is £5-7000. Not bad for a model of which there are thought to be around just 60 left on British roads.

It’s been mechanically recommissioned, following eight years in dry storage, and will be sold with its original service book and tools.

And with a little over 75,000 miles on the clock, it’s clearly still got plenty of life left in it. 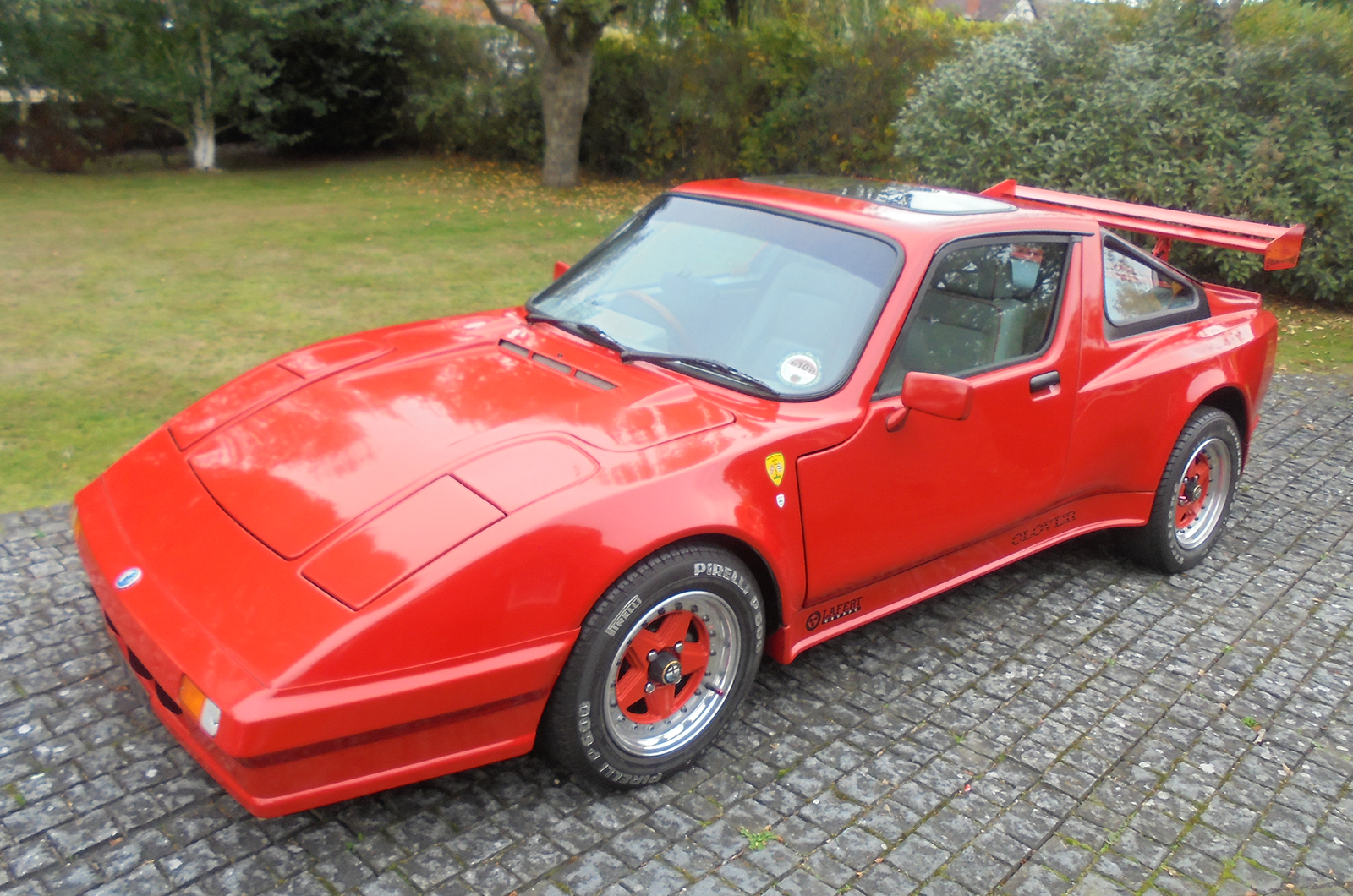 You certainly don’t see these every day, but then this is said to be the 13th of only 16 of these glassfibre Irish specials built.

Power for this Clan Clover comes from a 1.5-litre Alfa Romeo engine, it has a manual gearbox and it’s done a touch more than 13,000 miles.

It’s coming to auction after 28 years with the same owner, who kept it in a dry garage, so it’s clearly been cared for. Fancy it? CCA predicts you’ll need to find £7-9000. 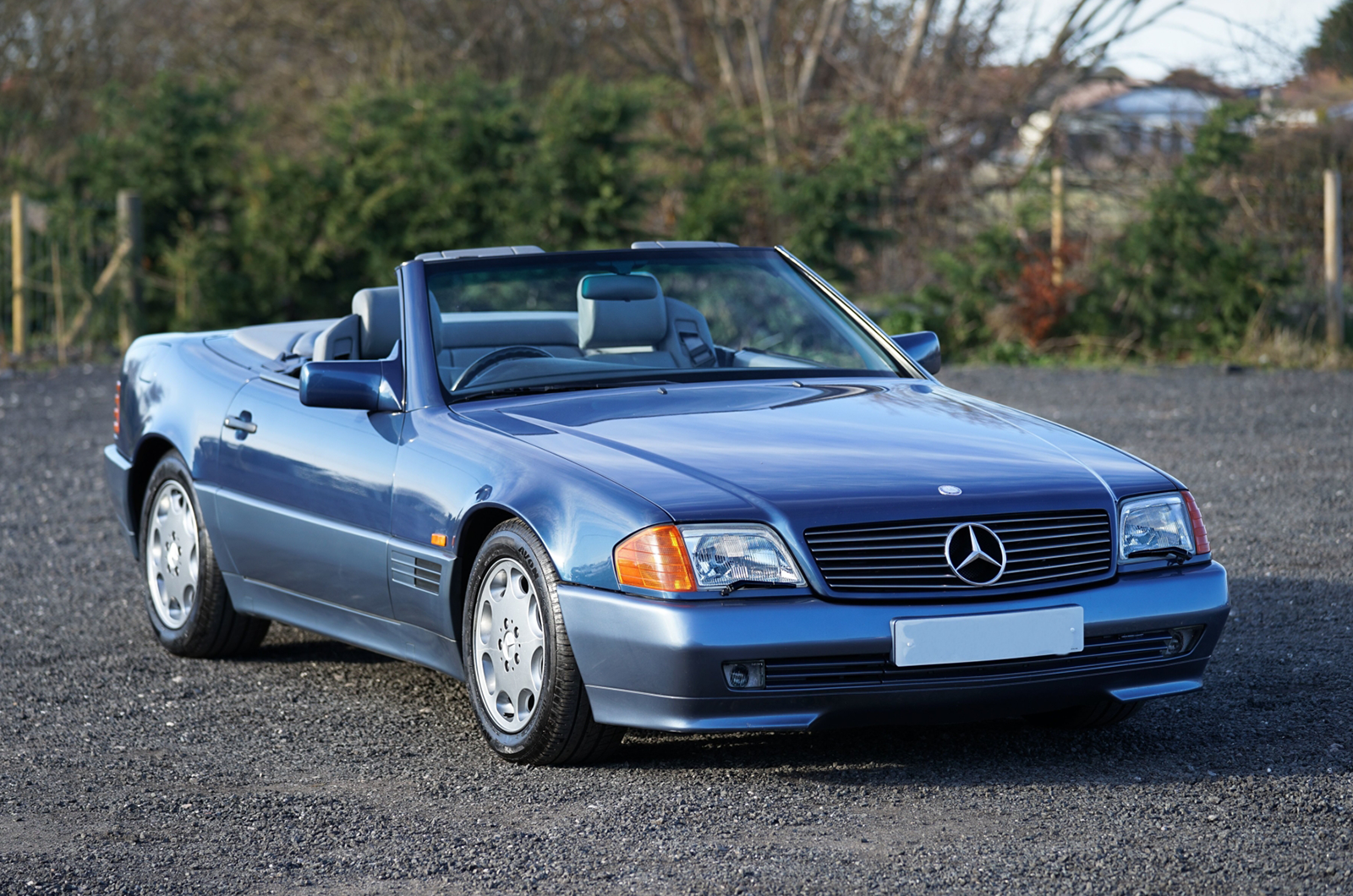 Dreaming of summer? Us, too. And this R129 Mercedes-Benz SL might help you get prepared.

It might be hard to believe that these stylish ’90s roadsters can still fall into the sub-£10k bracket, but this 58,000-mile example with a full service history has a pre-sale estimate of £8-10,000.

It’s received main dealer attention as recently as July 2018 and will be sold with its matching hardtop. 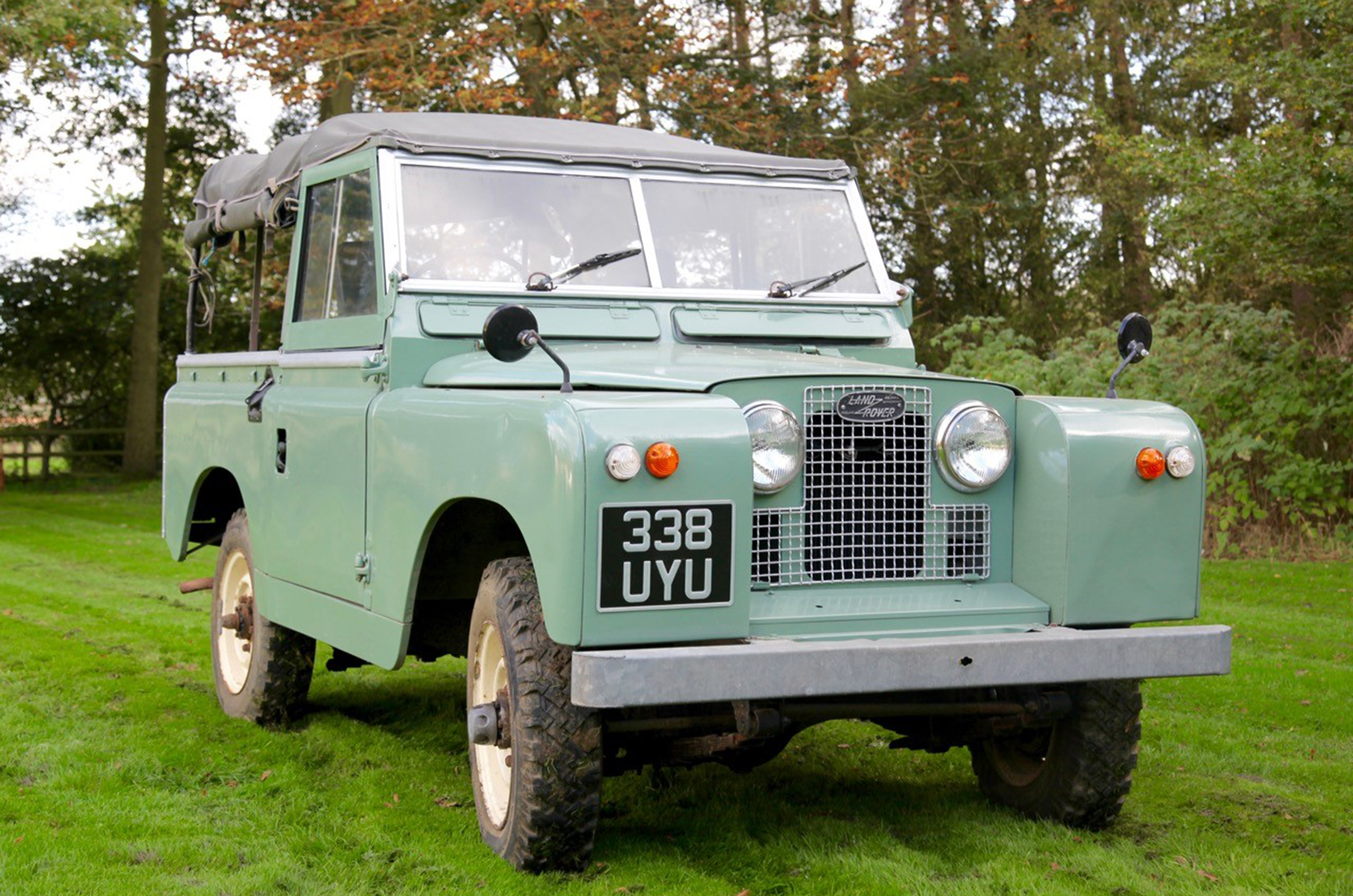 This UK-supplied 88in has been refurbished at some point in its near 59 years and 96,100 miles, but it appears to be in a very presentable condition.

It’s been with its current owner for the past three years and this practical, eye-catching classic, is another lot with a £8-10,000 estimate. 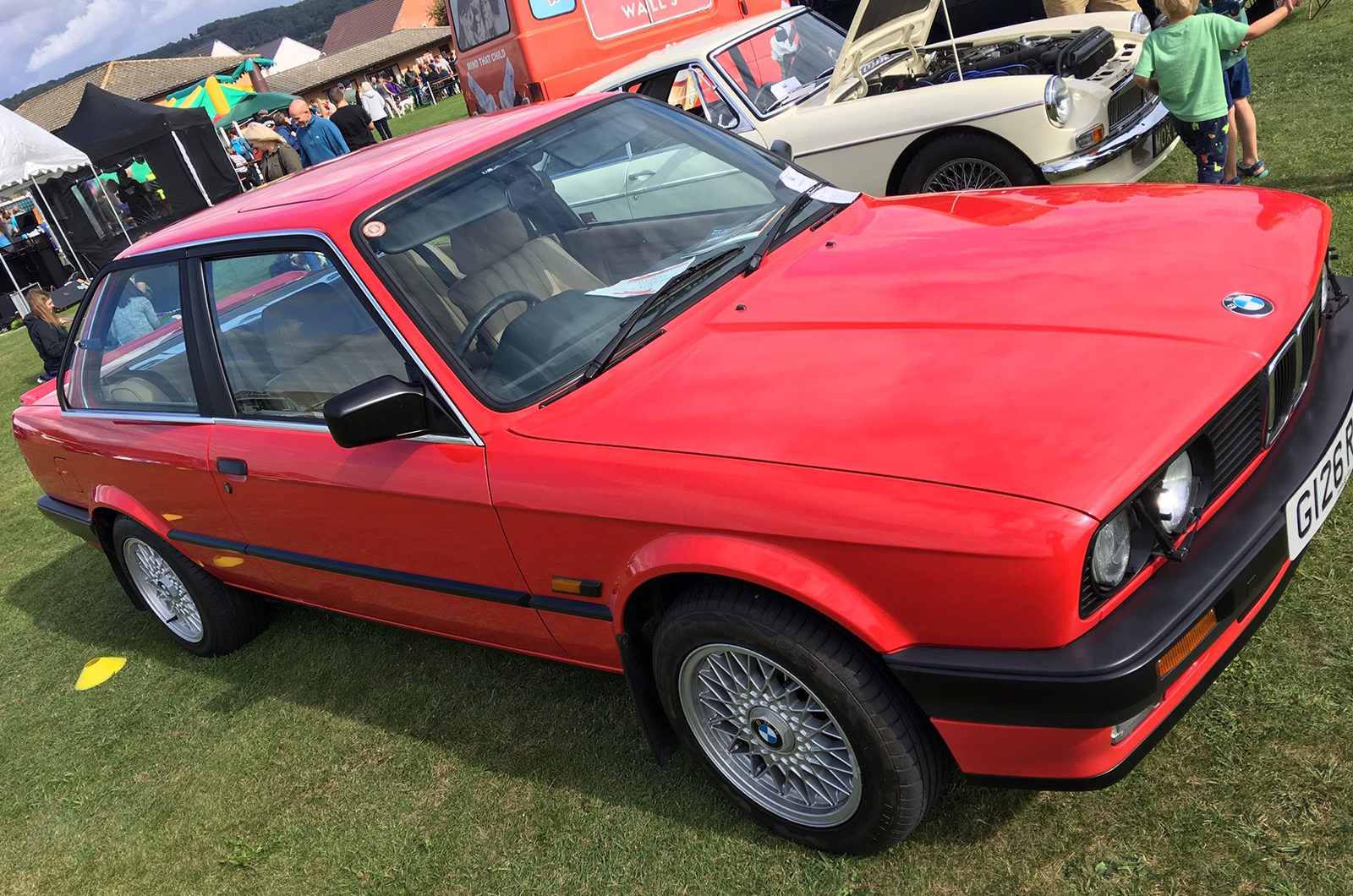 The popularity of E30s of all variants doesn’t seem to be waning and this 44,000-mile two-door looks to have been well looked after.

The auction house predicts it’ll achieve £6-8000 next month and for that you’ll get a car with its original red paintwork, a cream-leather-trimmed cabin, an electric sunroof and a good history file. 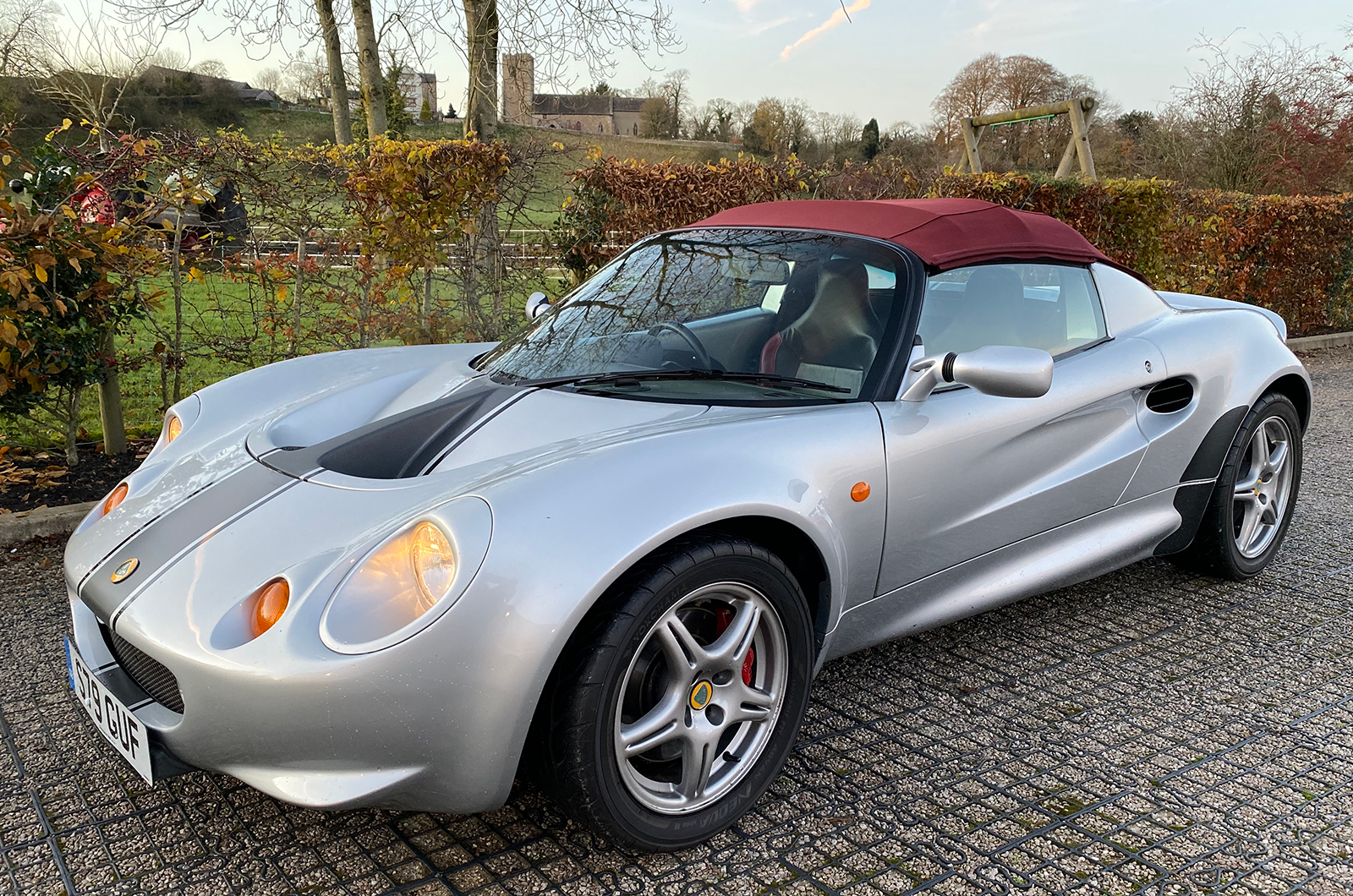 For smiles per mile, the Lotus Elise takes some beating. And this manual Series 1 car, with Series 2 suspension and induction kit fitted, might be just the ticket.

The auction house concedes that while this Arctic Silver, 75,000-mile car might be mechanically and cosmetically sound, it bears some signs of age-related wear and tear. A life lived having fun, perhaps, rather than sitting in a garage? 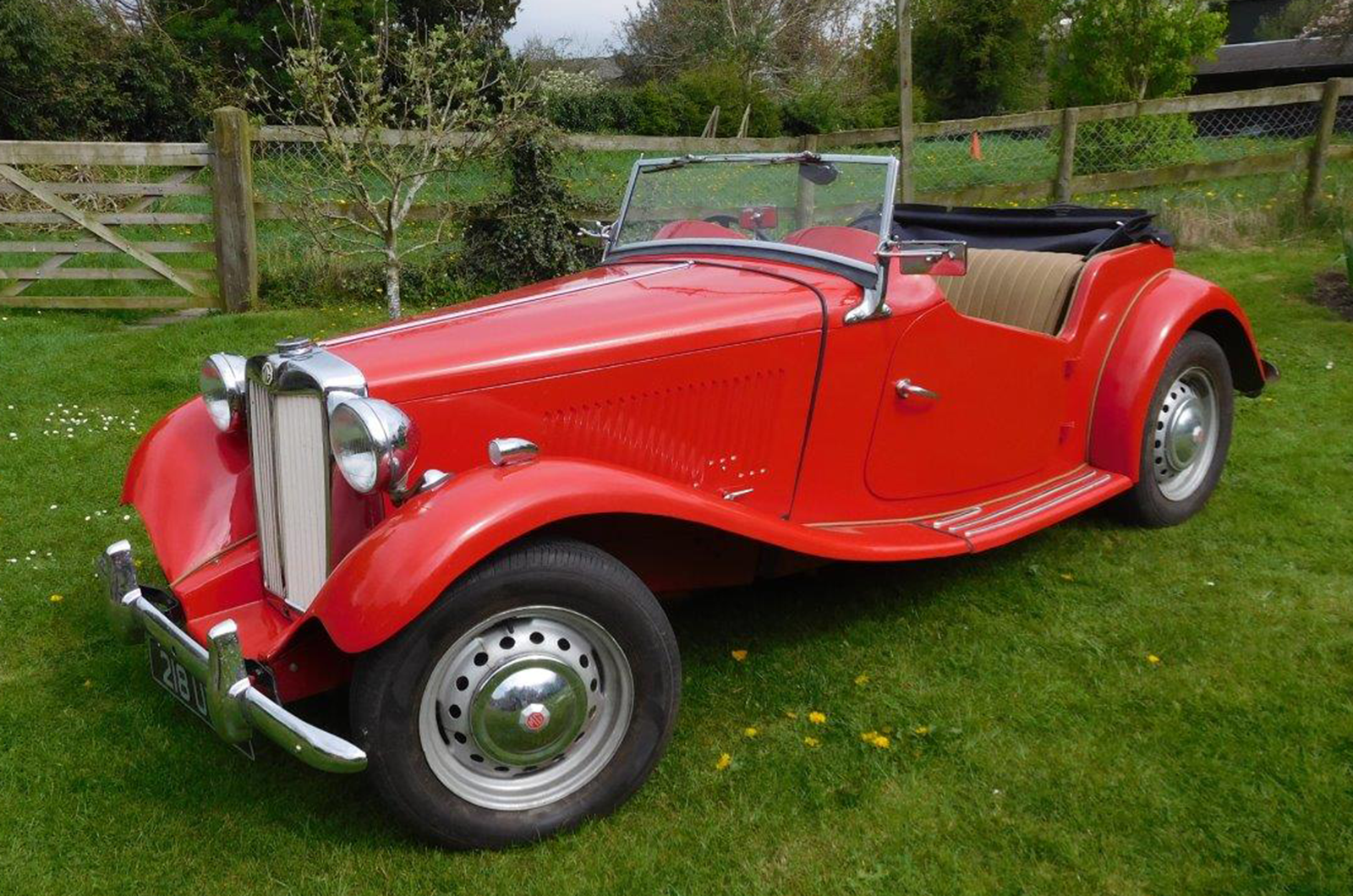 Just to prove that sub-£10k classics don’t have to be from the younger end of the spectrum, we couldn’t resist sharing this.

Imported from America in 2014 and converted to right-hand drive, this 1950 MG TD Midget’s price takes into account the fact that its paint needs some work.

Still, red with a tan interior is a desirable combination, and it’s said to have decent bodywork and a new hood. It’s at the top end of our budget, with a £10-12,000 estimate, but is a very charming proposition. 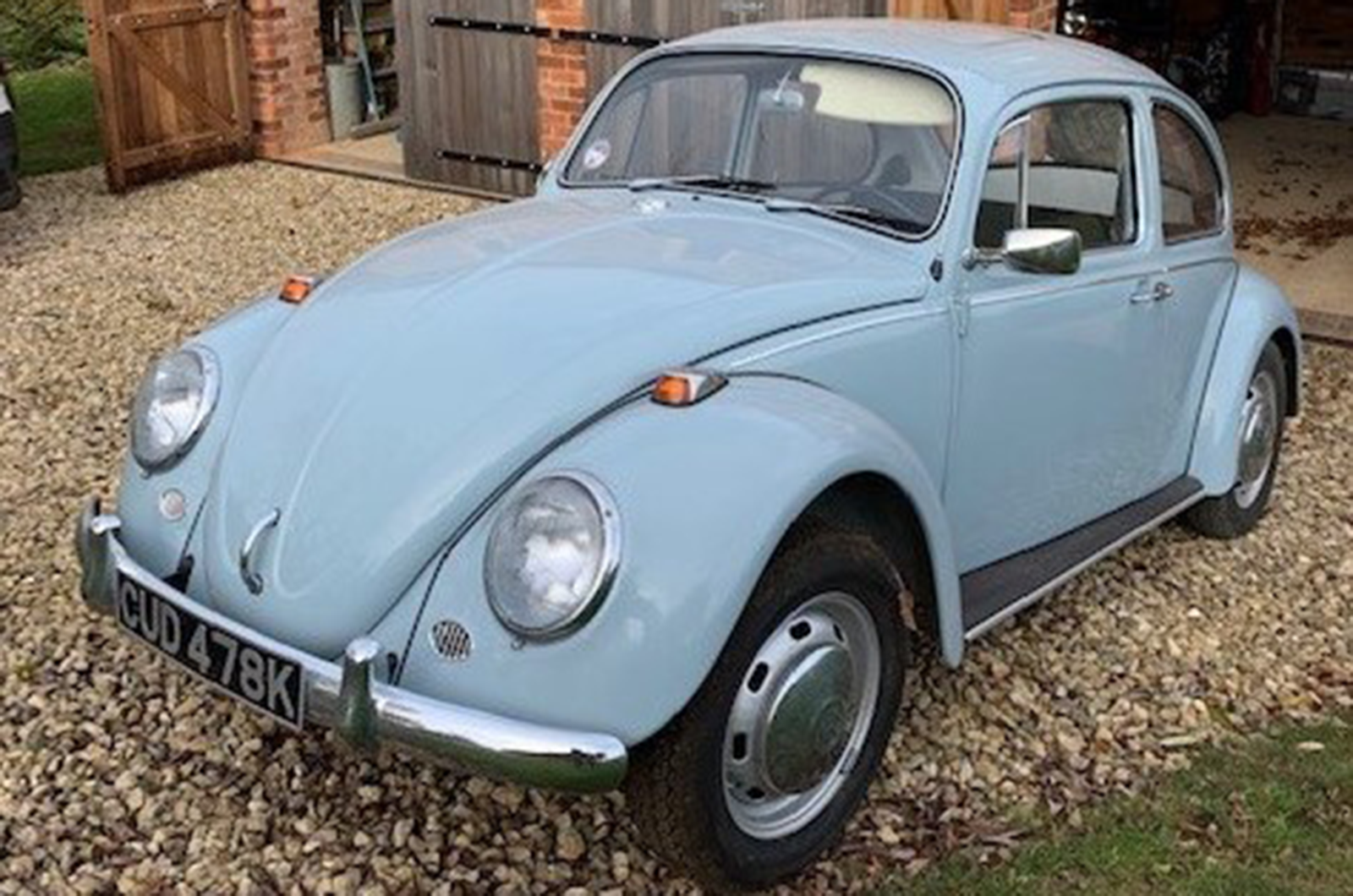 This baby-blue Beetle has a number of year-unique features and enjoyed a ground-up restoration about a decade ago – plus it has a metal factory-fitted sunroof.

Its bulging history file is packed with tens of thousands of pounds-worth of receipts, and with a £6-8000 pre-sale guide price it’s well priced for someone else to continue this care. 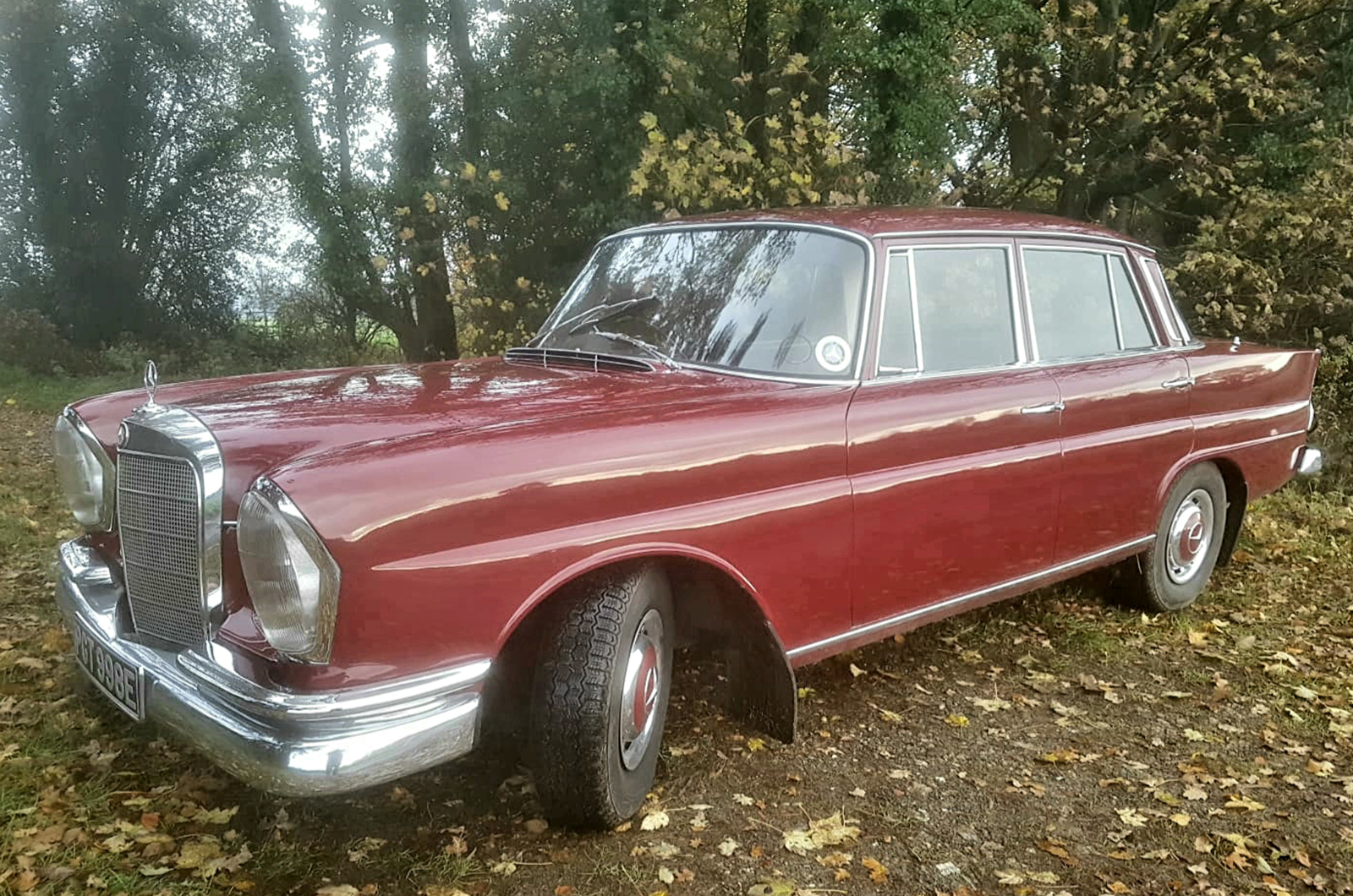 We suspect the photos don’t do this saloon justice. This three-owner Fintail has been dry-stored for the past six years, and recently recommissioned and serviced, with an MoT that runs until October 2020.

It goes to auction from 12 years with the same owner, with a history documenting its life from new and 99,200 miles on the clock. 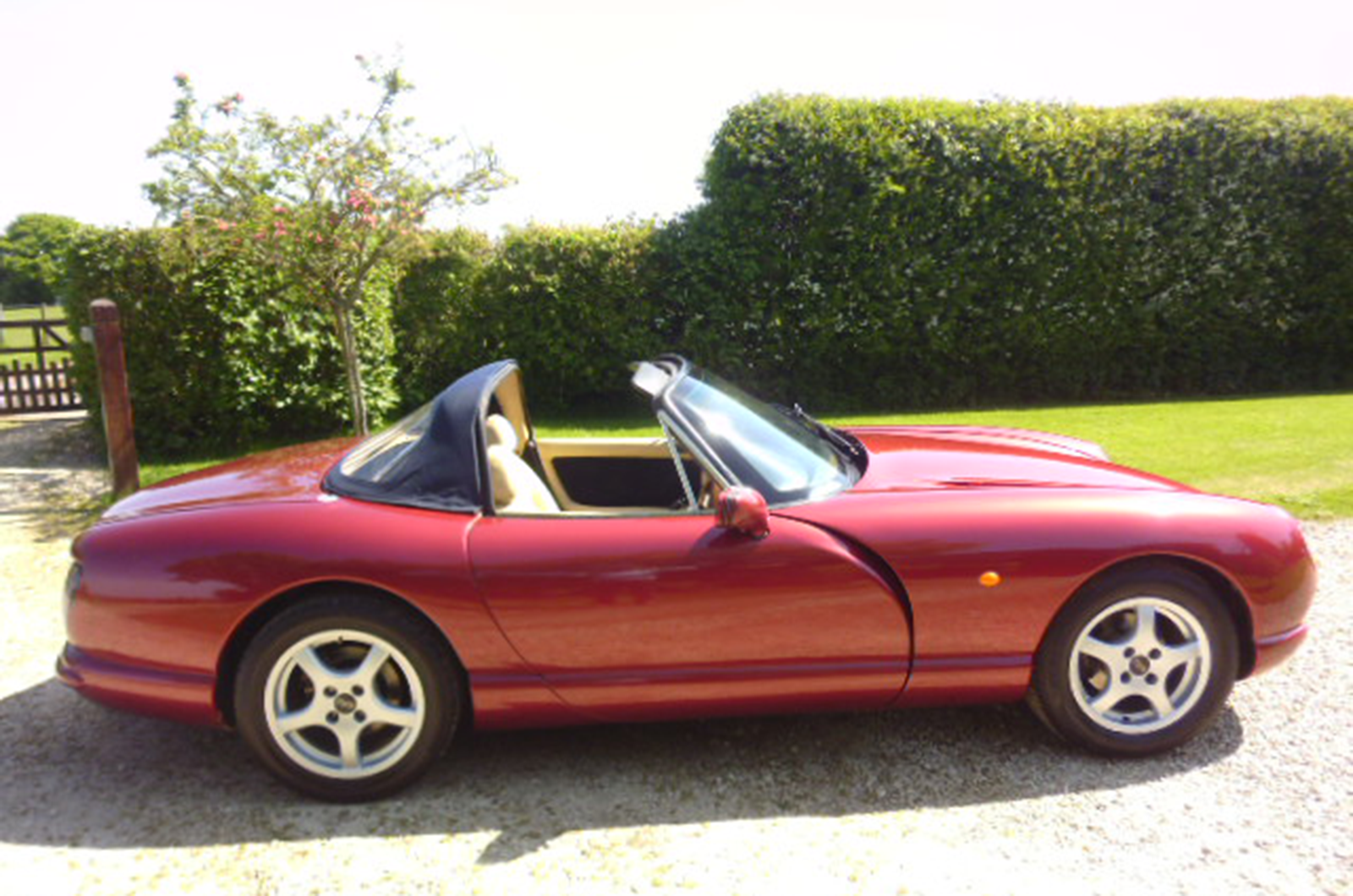 We’ll finish with another serious dose of fun, this time with a V8 soundtrack – and with 68,000 miles and a fresh MoT, it’s ready to be enjoyed.

Apparently in need of some detailing, this TVR’s guide price is £7-9000, and with this being a December sale, that leaves plenty of time for its next owner to fettle it, ready for a summer of roof-down, burbly fun.

Want more information? You can view a full lot list for the 7 December sale here.

Who’s next for this ex-Roger Daltrey classic Beetle?