The 15 best classic cars for a wedding 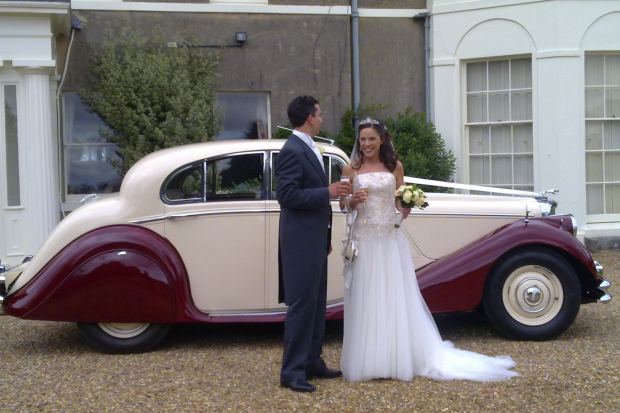 Wedding season is upon us, and if, like a certain royal couple, you're currently finalising plans for your big day then you're going to need a car. And, dare we suggest, you're going to want a beautiful classic car.

Making a seemly arrival for the bride and a spirited departure for the happy couple has always called for the right vehicle – as important as the cake, the seating plan, and a dependable best man – and a key element of the £27,000 that Brits typically now spend on their weddings.

Here's our expert selection of the cars you should be rocking up and rolling out in.

10 CARS TO ARRIVE IN 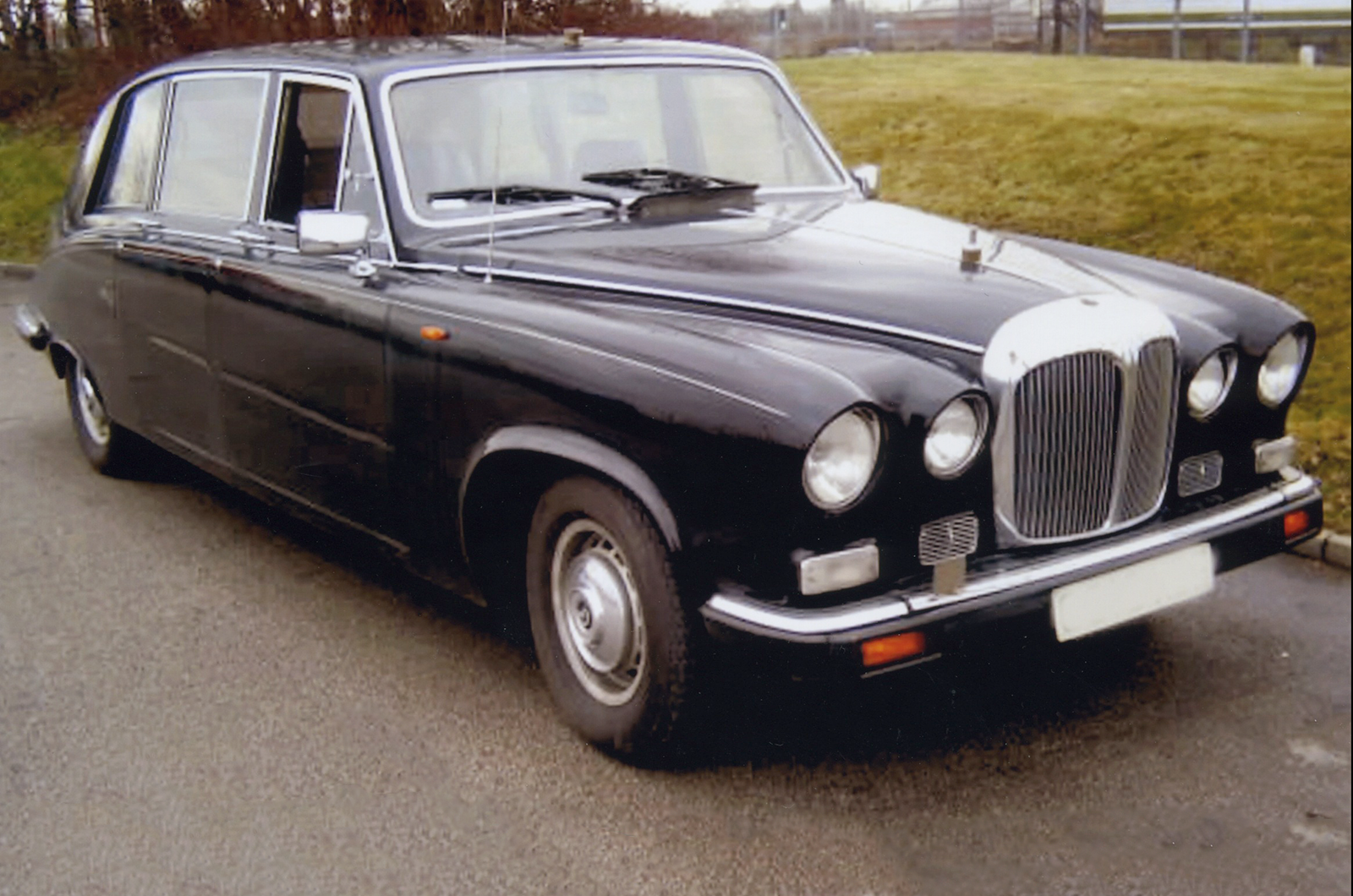 A fixture of national life since 1968, the imposing Daimler is still pretty much unbeatable for a traditional British wedding, where a mixture of decorum, subdued elegance and space is called for.

Plus, if required, its feisty 4.2-litre XK engine means it definitely will get to the church on time. 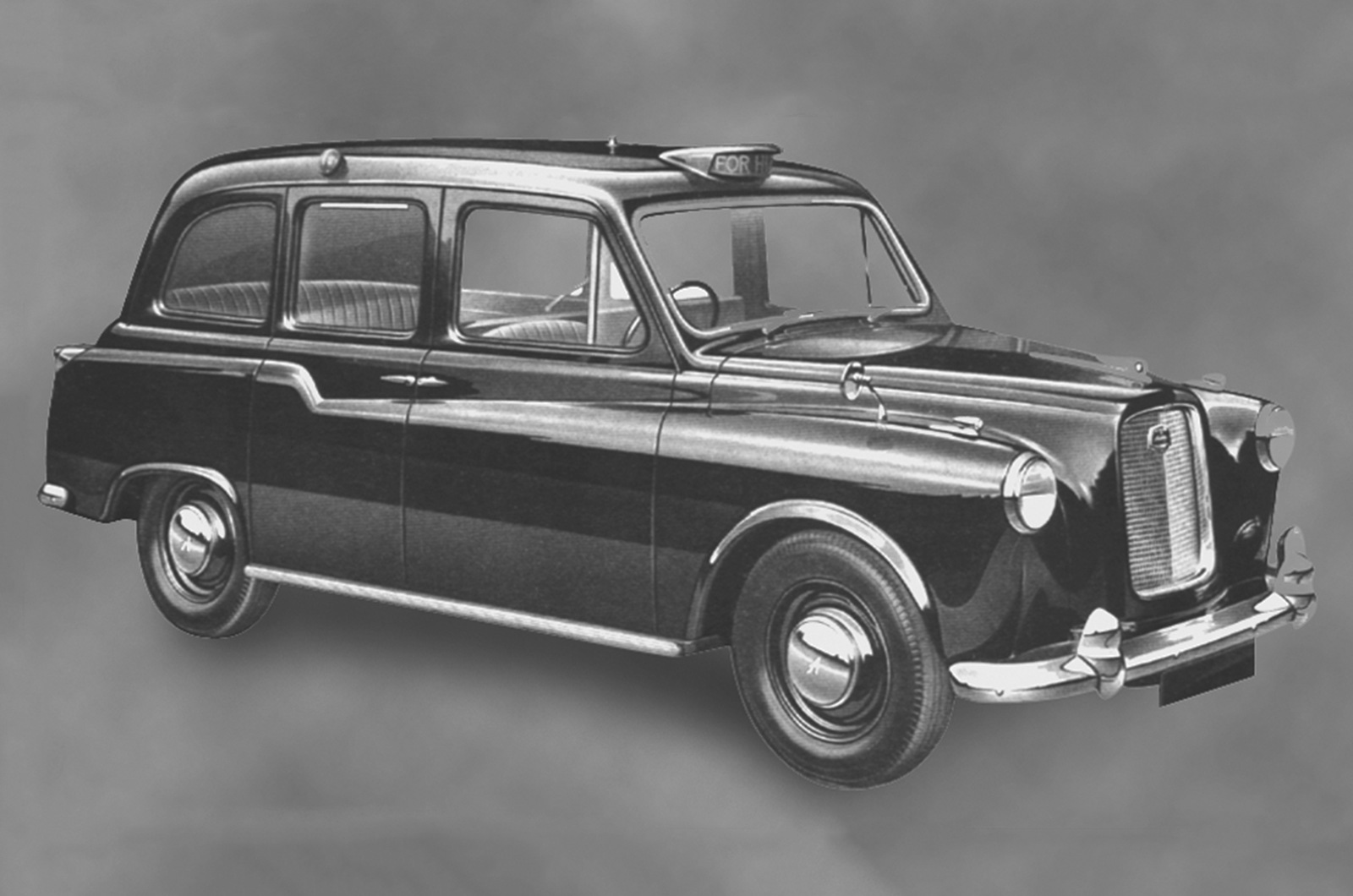 The fullest of Cinderella-style dresses will remain uncrumpled in one of these ex-London workhorses, so emblematic of the capital city, and now getting surprisingly rare.

If there’s a downside it’s the undignified clatter from the diesel engine, and the possibility that guests will think you needed a taxi because the Roller conked out. 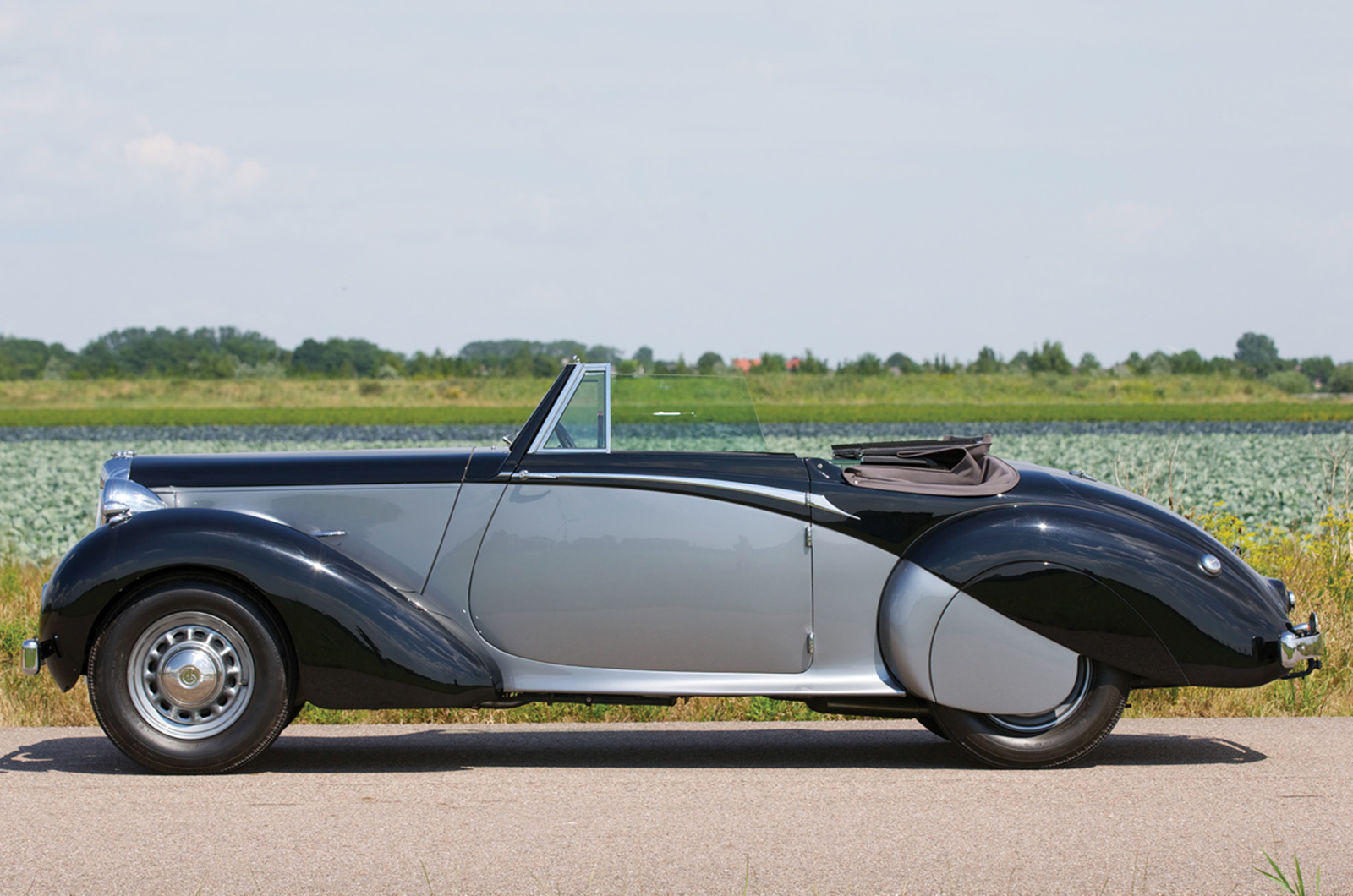 This is what to pick if the bride wants to show up in a serene open car – her proud dad at the wheel beside her – that radiates a flowing elegance.

Most of them have eye-catching two-tone paintwork that fully evokes the Grace Kelly era, and while the car’s hardly rapid, its general refinement and stateliness won’t let the side down. 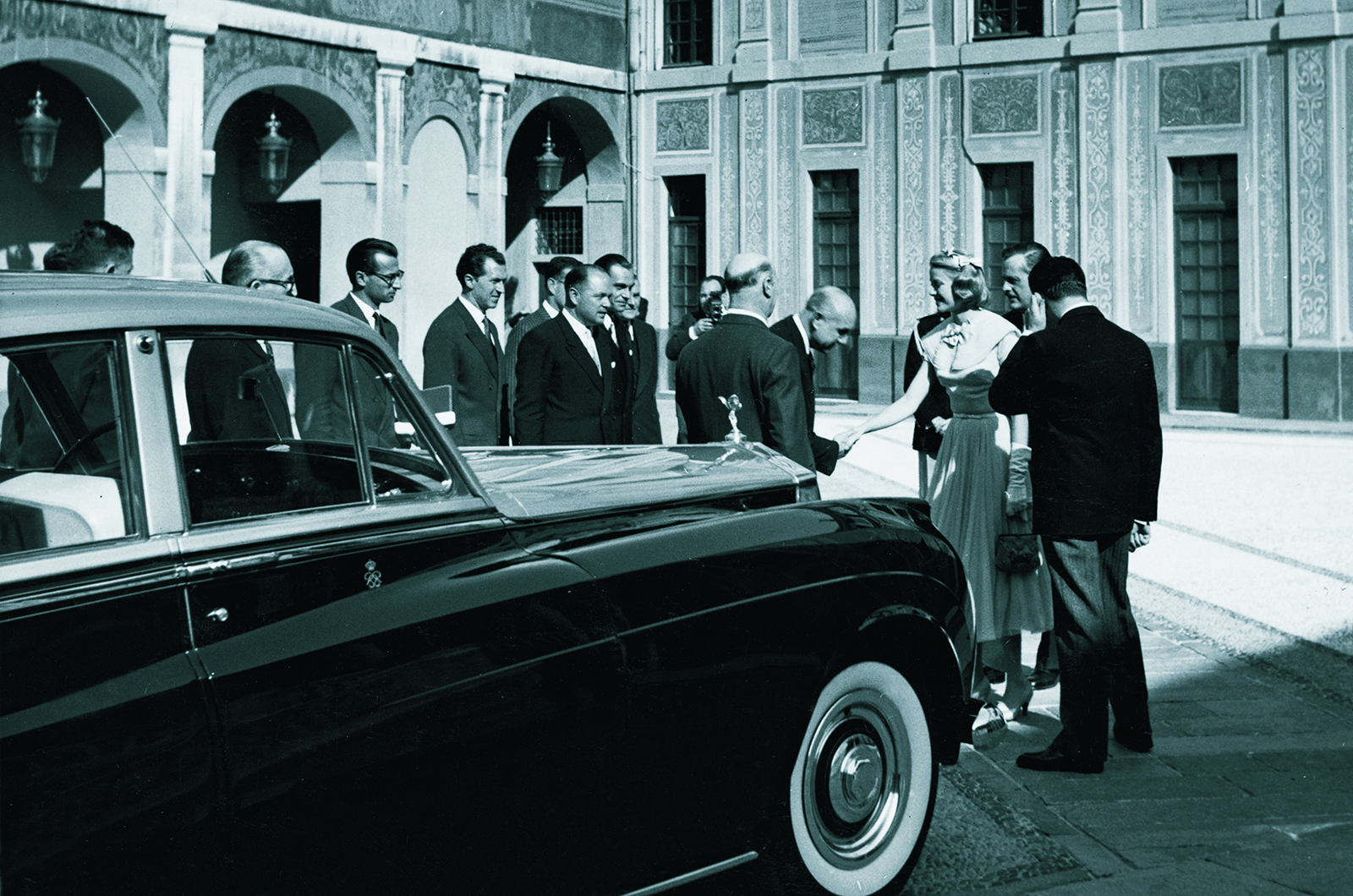 You can’t go wrong with a Cloud of almost any sort: they were seemingly built expressly for sashaying up to church porches and registry offices steps.

If you want to be a snob about things, then a Bentley S-type is a mite cooler, but if the bride’s mama insists on a white car then the Rolls it must almost certainly be. 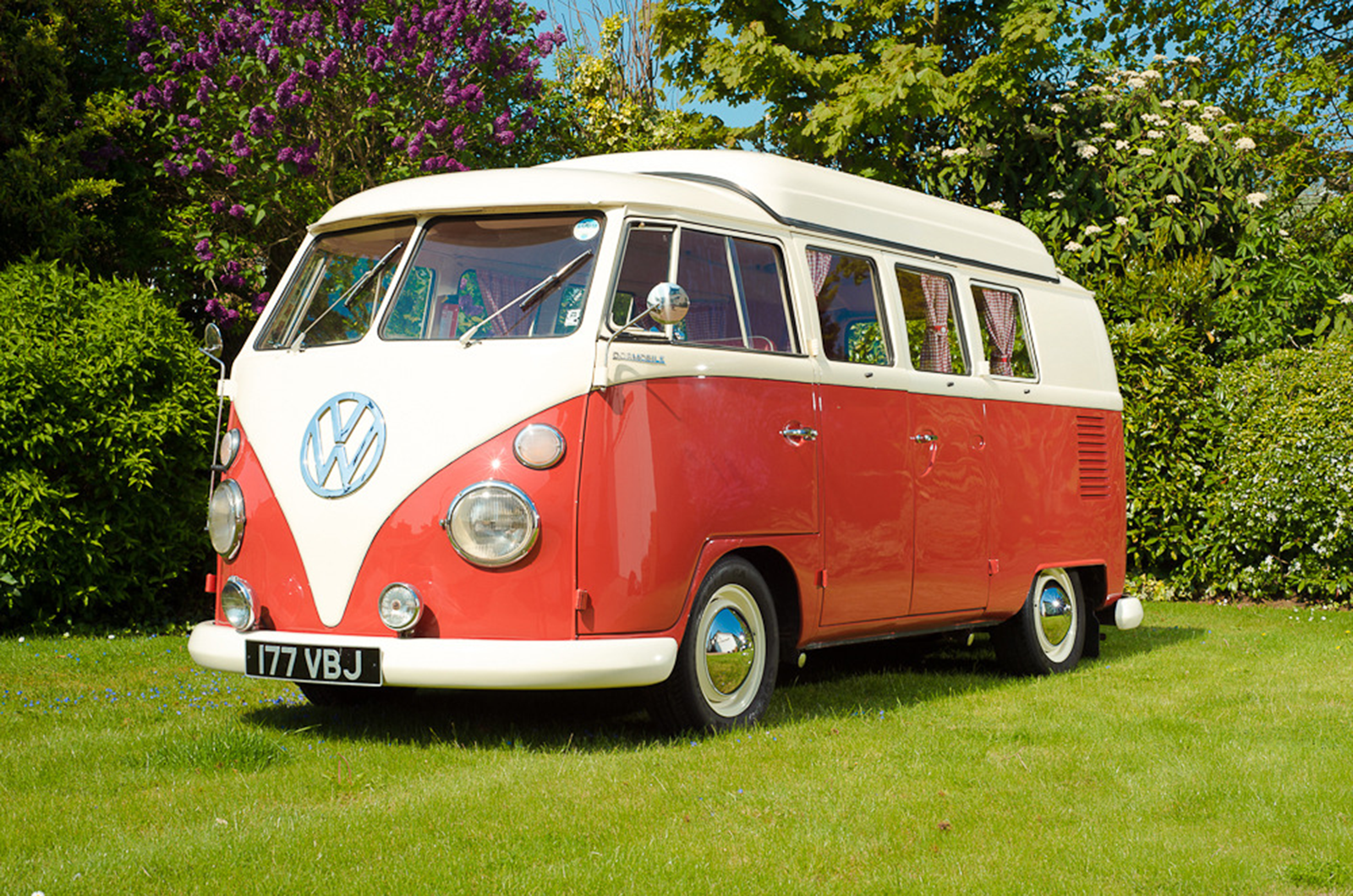 To bring a touch of rebellious hippiness to the proceedings (“are those really Doc Martens she’s got on under her skirt?”) then what could be better than the bride stepping out between the thrown-open barn doors of a gleaming Kombi?

If you want to flout tradition and have bridesmaids travel with the lucky lady then the 12 seats are handy. 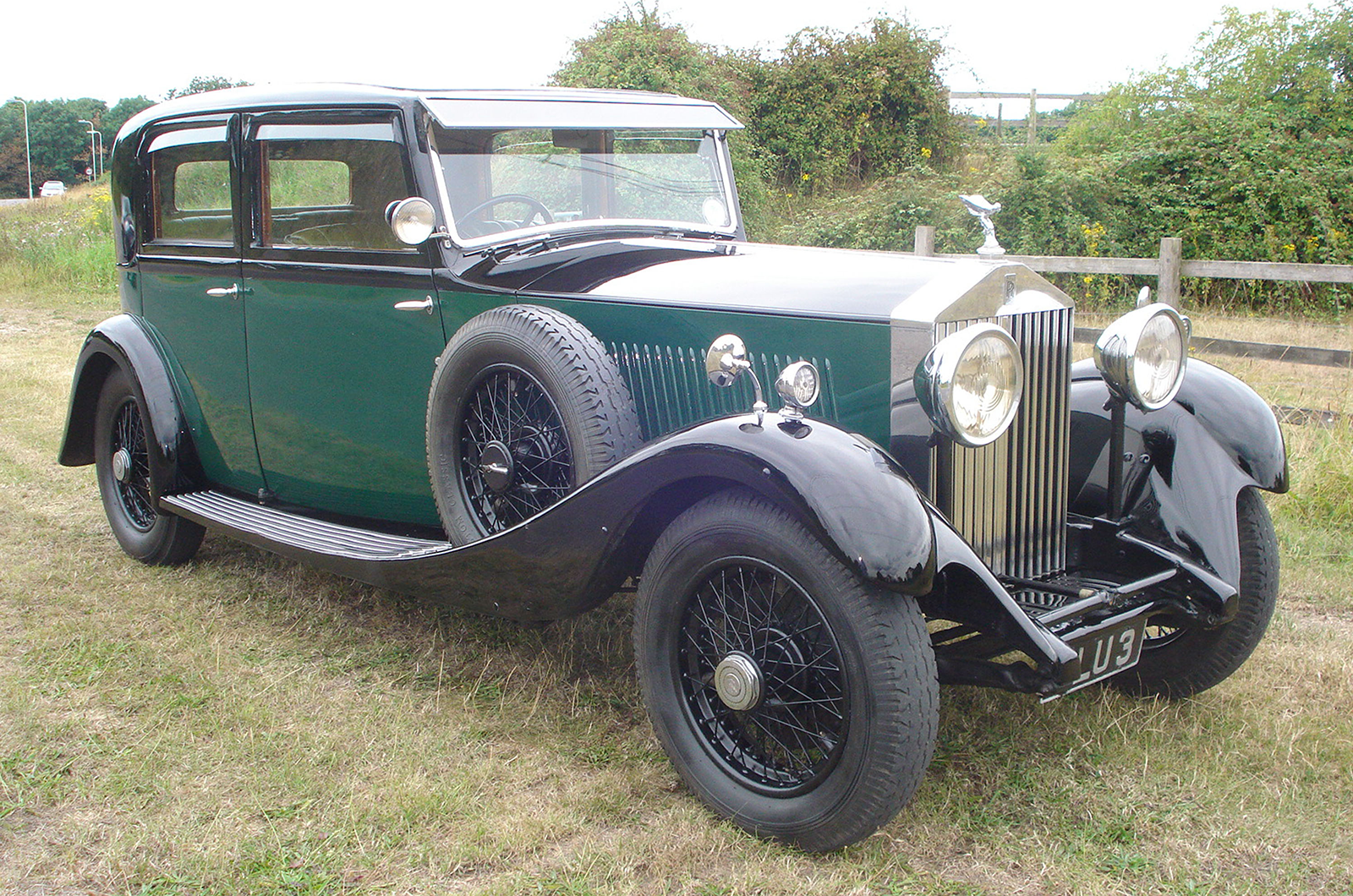 We racked our brains about alternative big 1920s saloons, such as the Austin 20 and Vauxhall D-type. Many such cars were made with towering, box-like bodywork in which the bride’s finery can be admired by onlookers.

But most people simply ‘get’ an old Rolls better, and they are actually much easier to find. 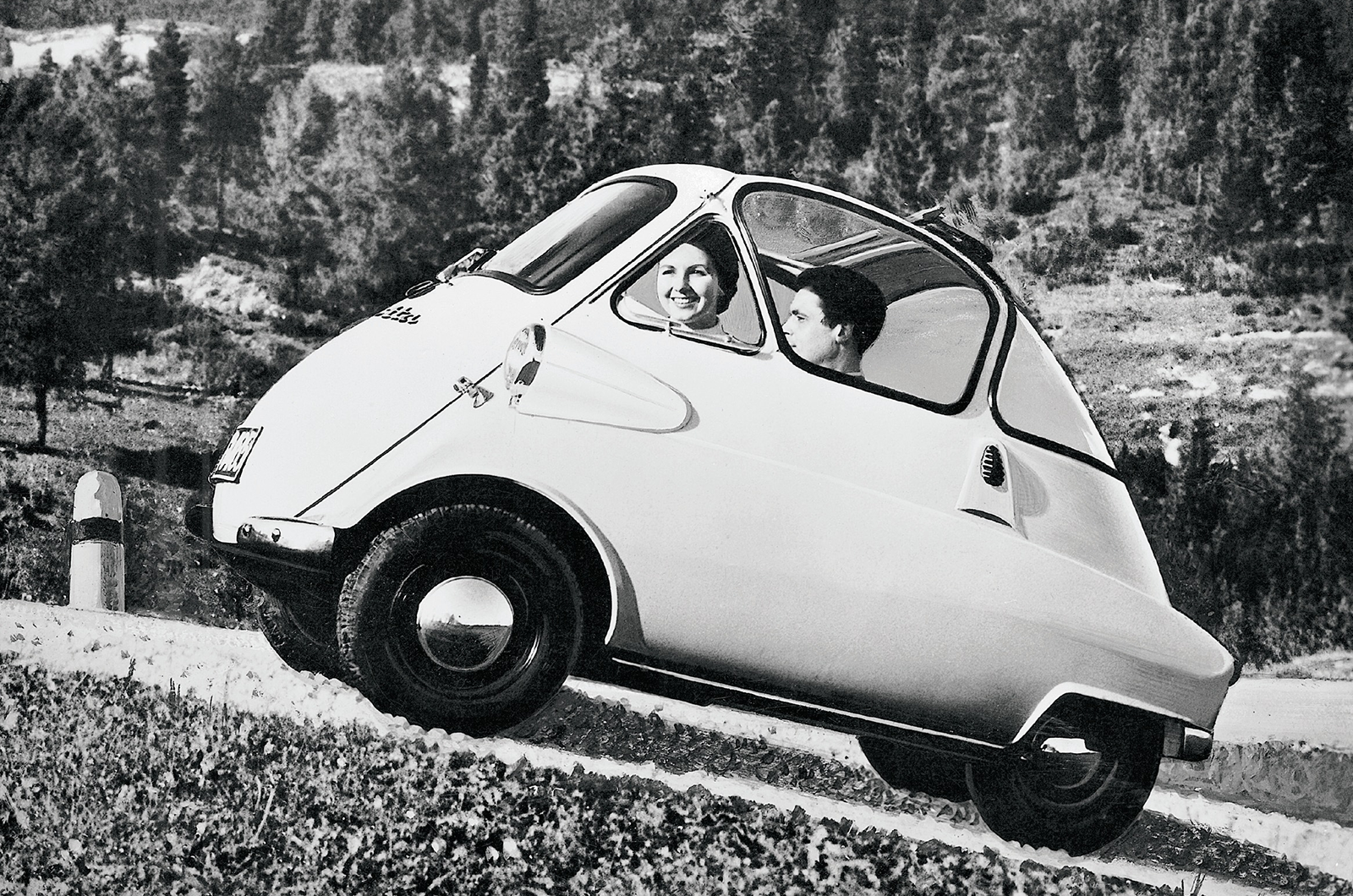 These tiny Italians will certainly pass the “ahhhh” test for cuteness, but only go for one if the bride’s wedding dress is on the minimal and tight-fitting side, or perhaps (great aunts look away now) a trouser suit!

If the wedding is actually taking place in Italy, then these are naturals. 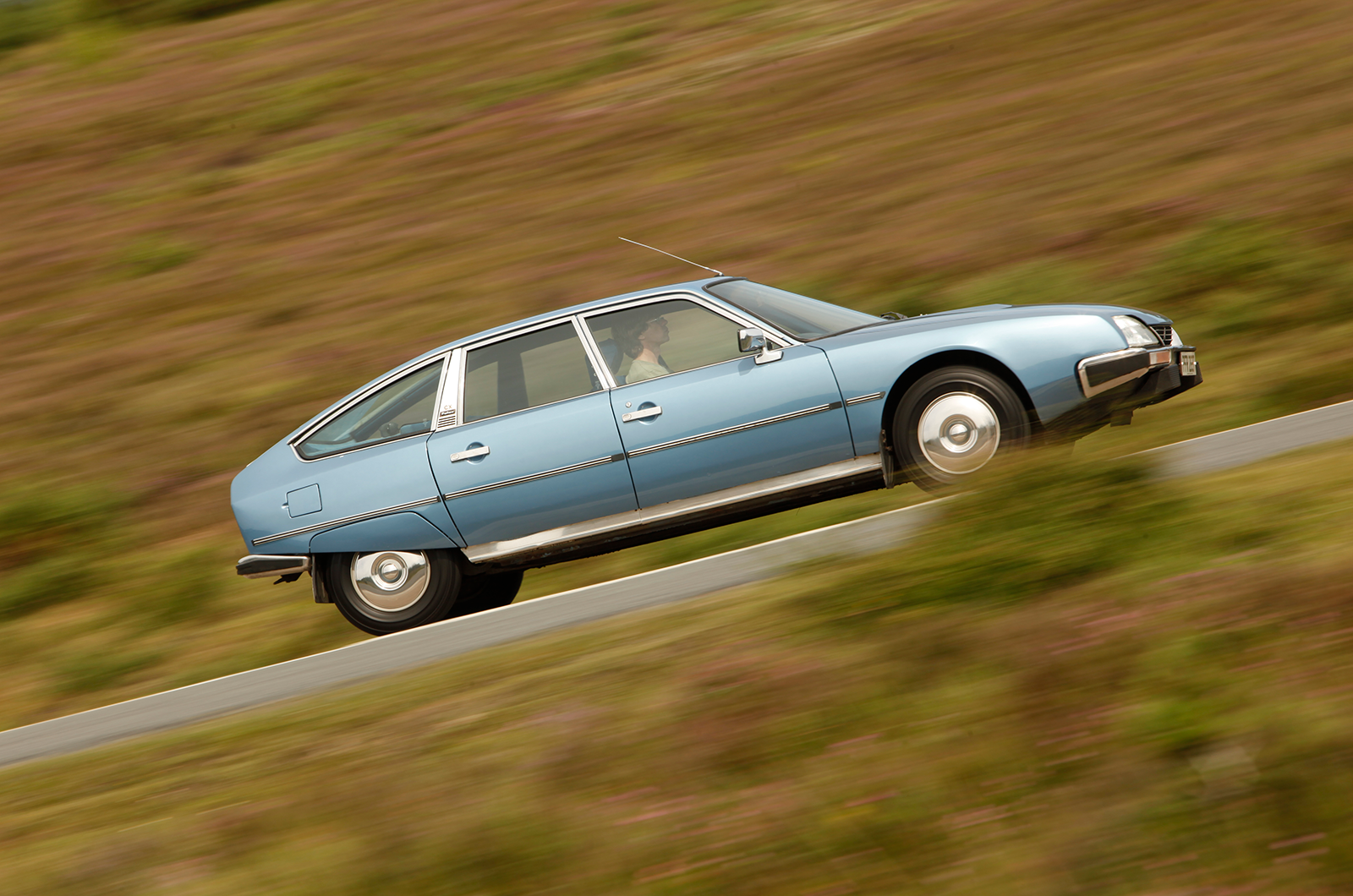 The long-wheelbase Pallas has acres of space in the back and a cosseting ride that should help to soothe any pre-service nerves.

It also has plenty of bright metal accents to impart shimmering glamour – you won’t get that on a Rover SD1. 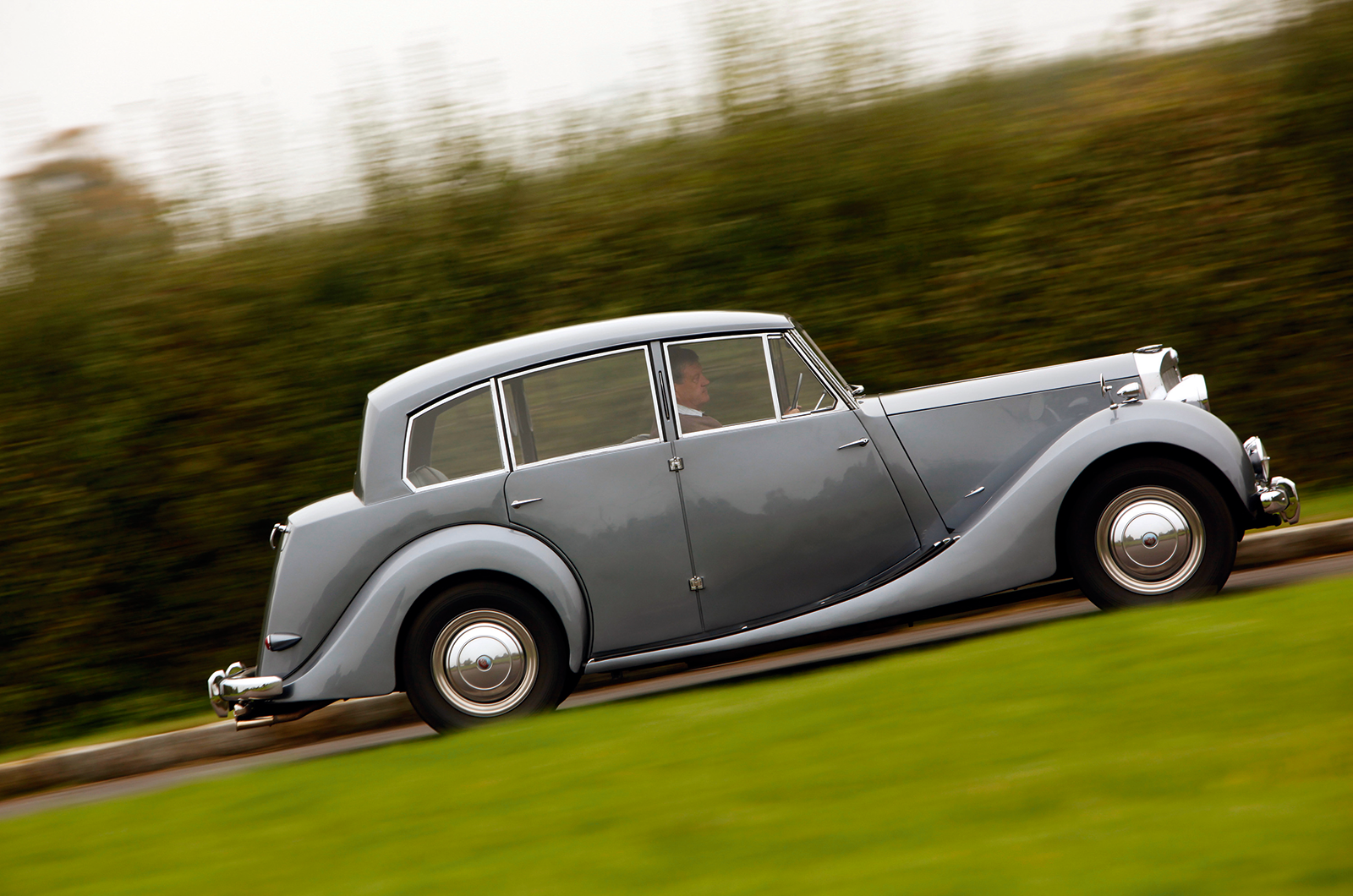 The assembled guests will mostly have no idea what this car is, but the razor-edge lines exude a clipped elegance and the elevated and spacious rear seats and deep windows will frame the bride-in-transit in a most agreeable fashion.

At the same time, if a Roller is just too flash, then this elderly Triumph has a certain subtlety to it. 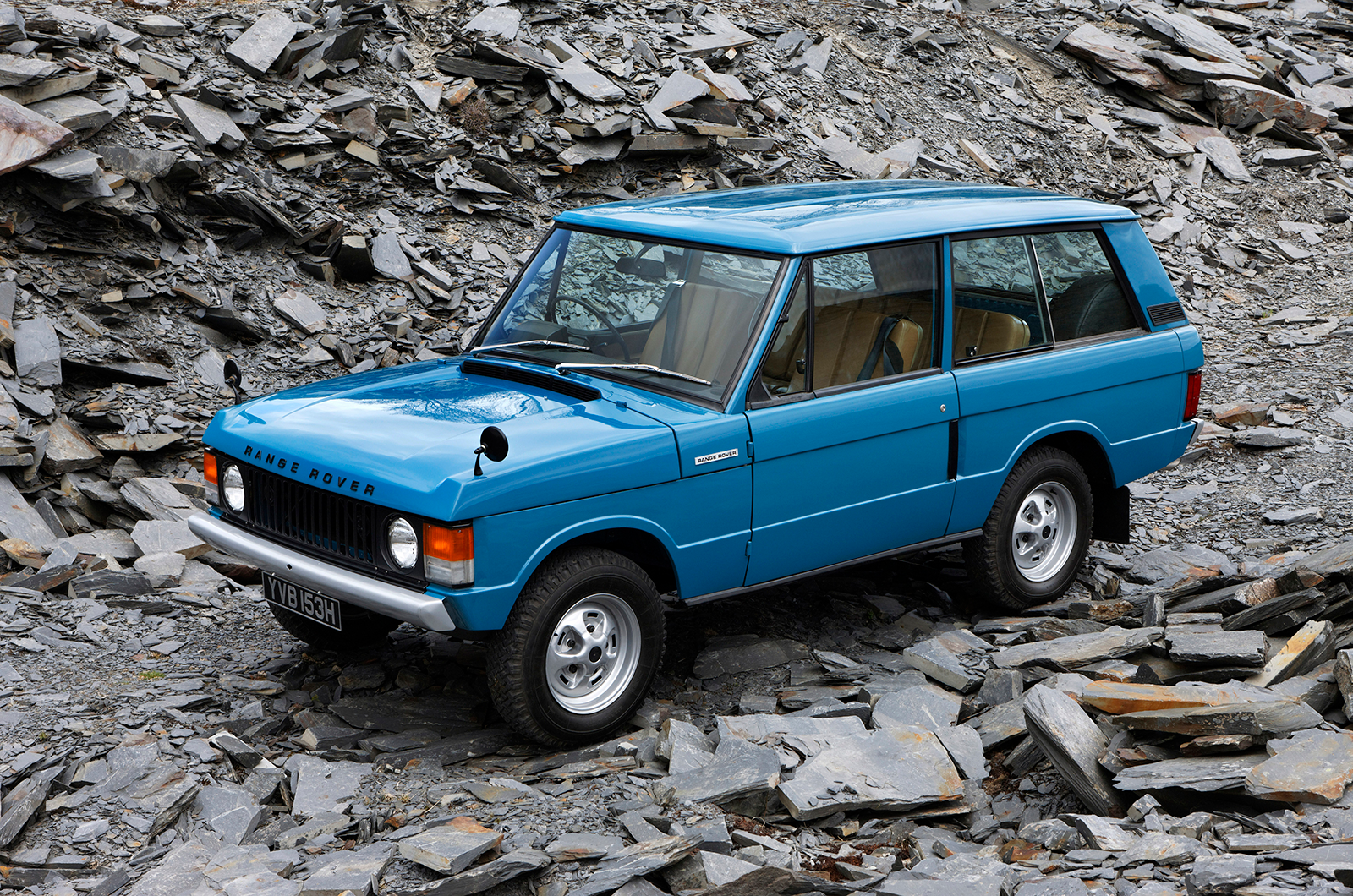 We find it hard to recommend a ‘Series’ Land Rover for delivering elegant ladies on their special days; too many transmission levers and sharp edges on which to rip delicate tulle,

However, an early Rangie, as long as it’s absolutely spotless, will look like it’s come straight from a country estate to play its part.

AND 5 CARS FOR LEAVING IN 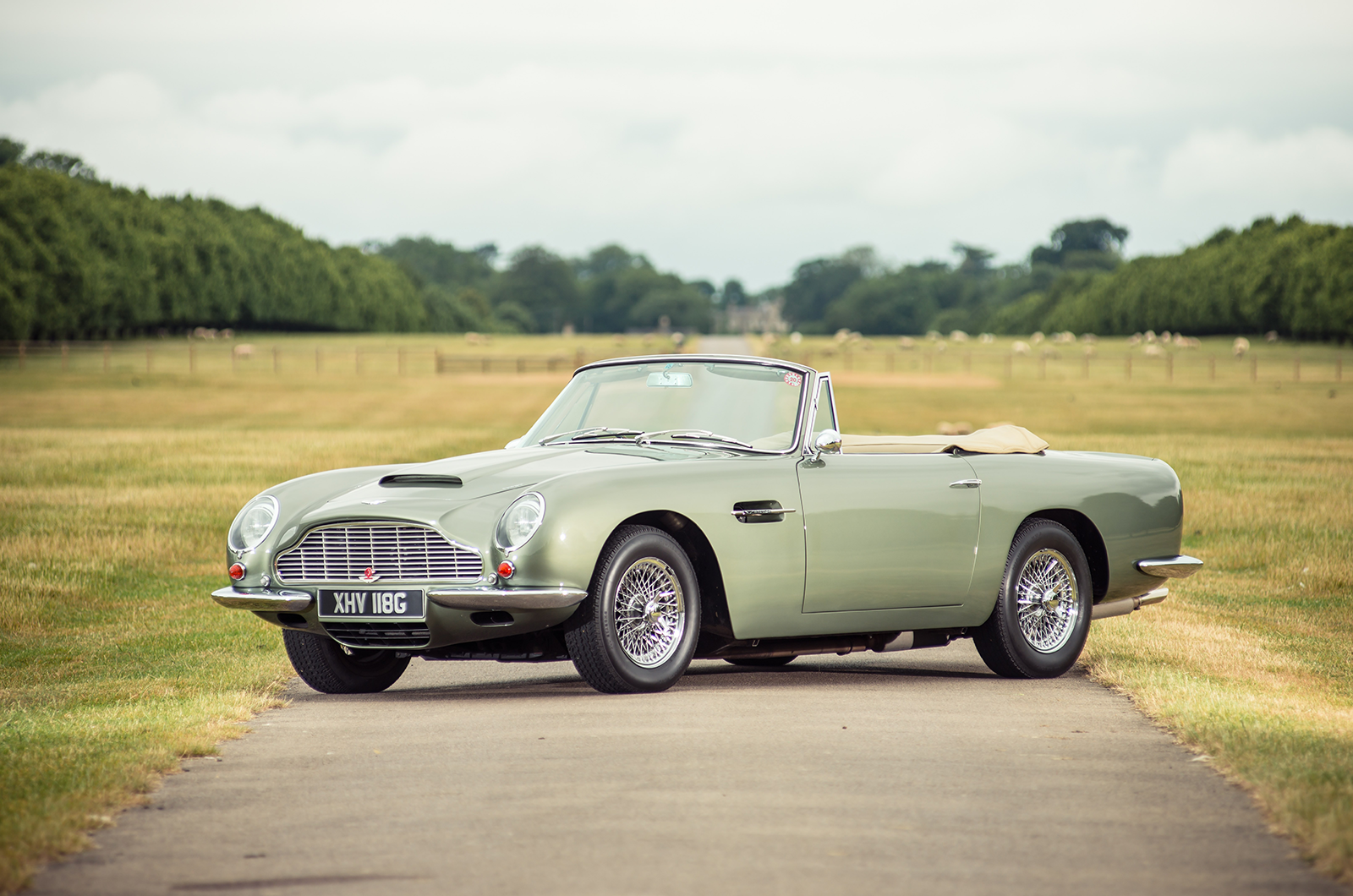 Well, ever since Wills and Kate trickled down The Mall in Charles’s precious example, this has been the going-away car to aspire to.

However, with just 215 examples on the planet, closely emulating the Windsors may prove rather costly. 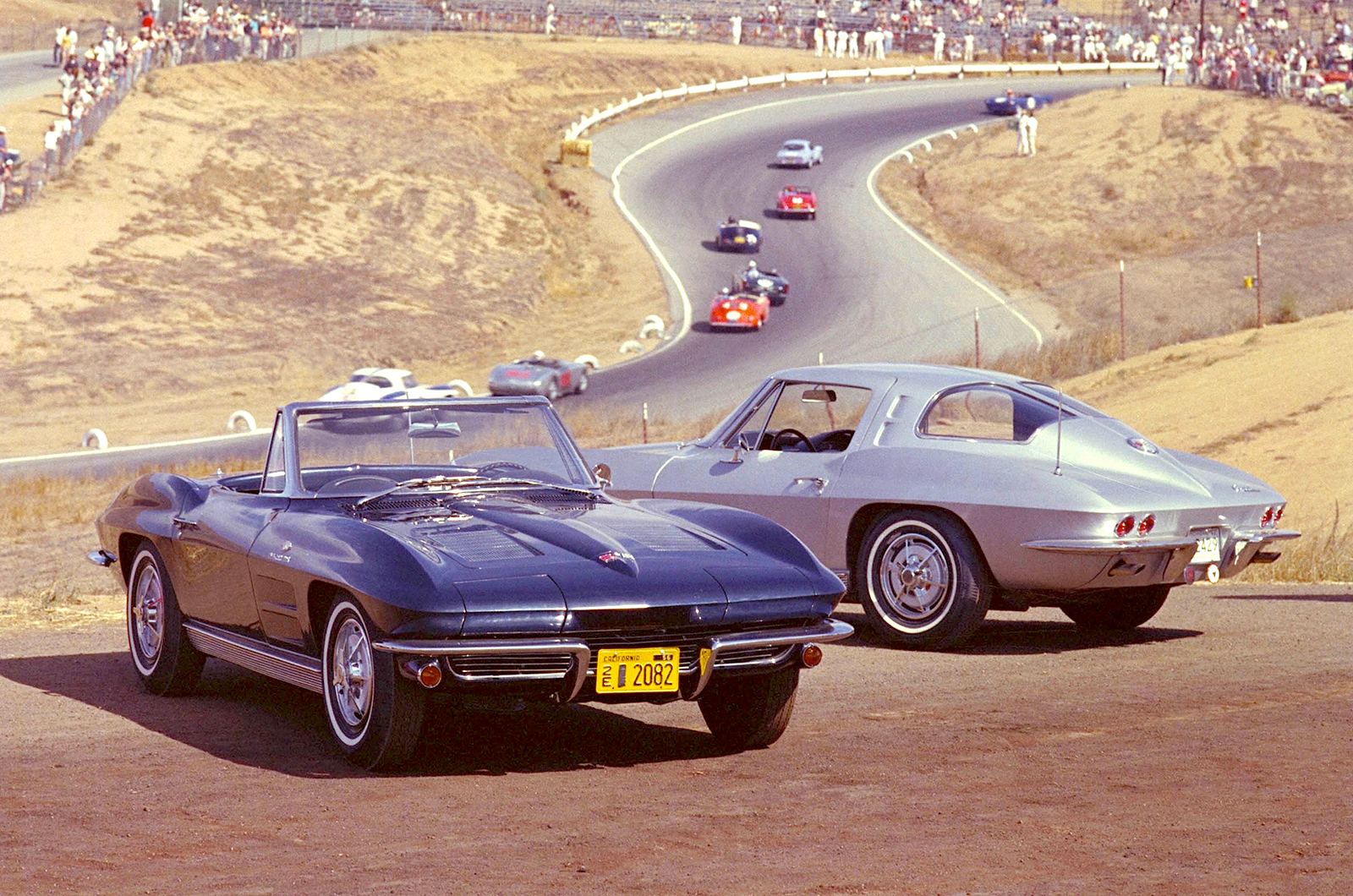 If, like Harry and Meghan, one side of the wedding party has American connections – or maybe you just fancy something a little different – perhaps you'd like to hear the roar of all-American V8 muscle as you whizz off on honeymoon.

Or, of course, if an all-British affair is insisted upon, a TVR Chimeara could do the job just as well. 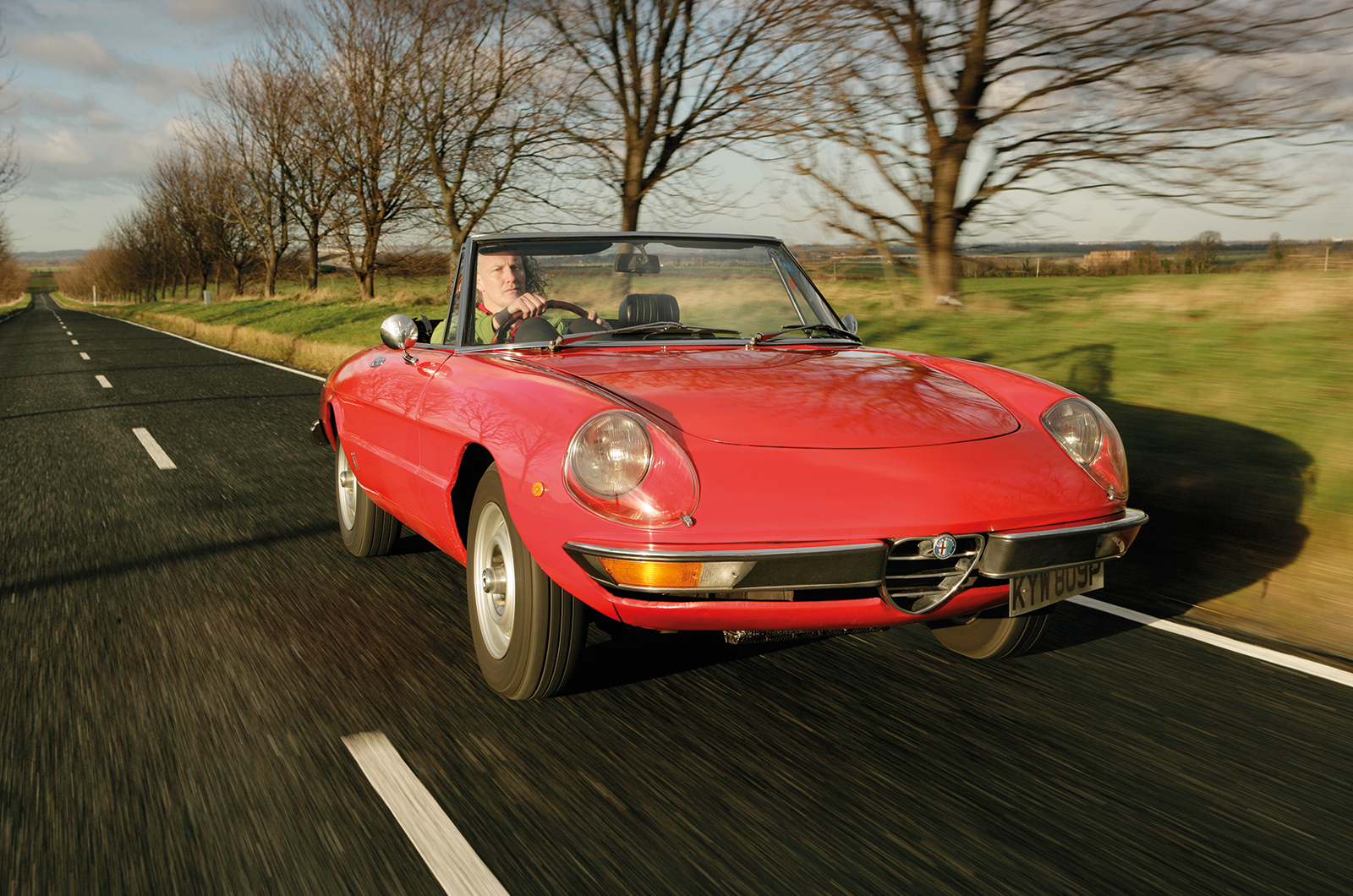 The romance of two weeks in the Italian Alps would certainly be broadcast if one of these was waiting to take the happy couple away afterwards.

All it has to achieve first is to get to Dover and across the whole of France, and that’s a lot to ask of a classic Alfa… let alone your new partner’s patience. 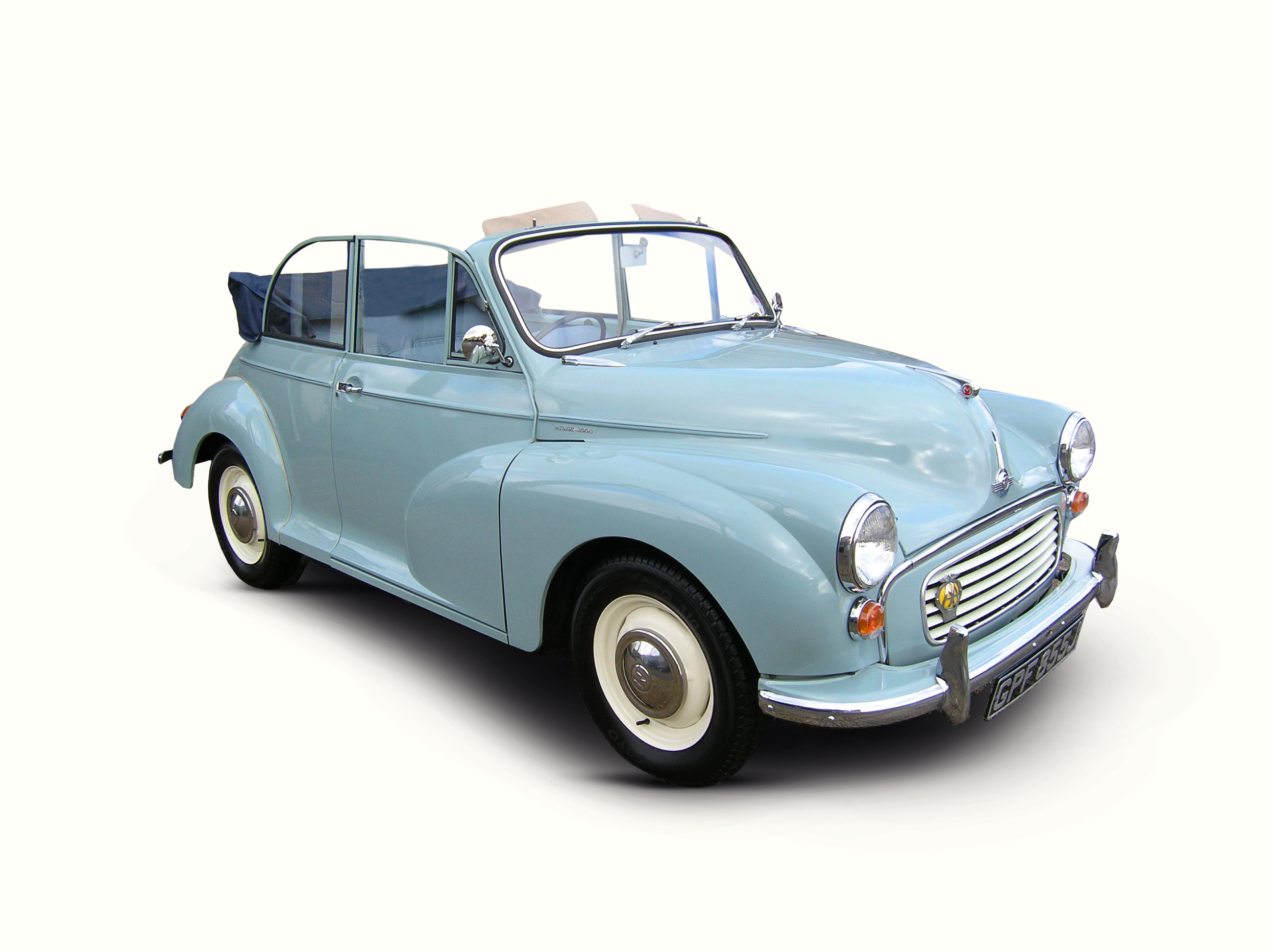 If tin cans and balloons are going to be tied to the back of any open car then it might as well be something vaguely comic like this.

With ‘JUST MARRIED’ foam-sprayed on the boot, you’ll be giving the impression that married life is starting with two weeks in Bognor Regis… 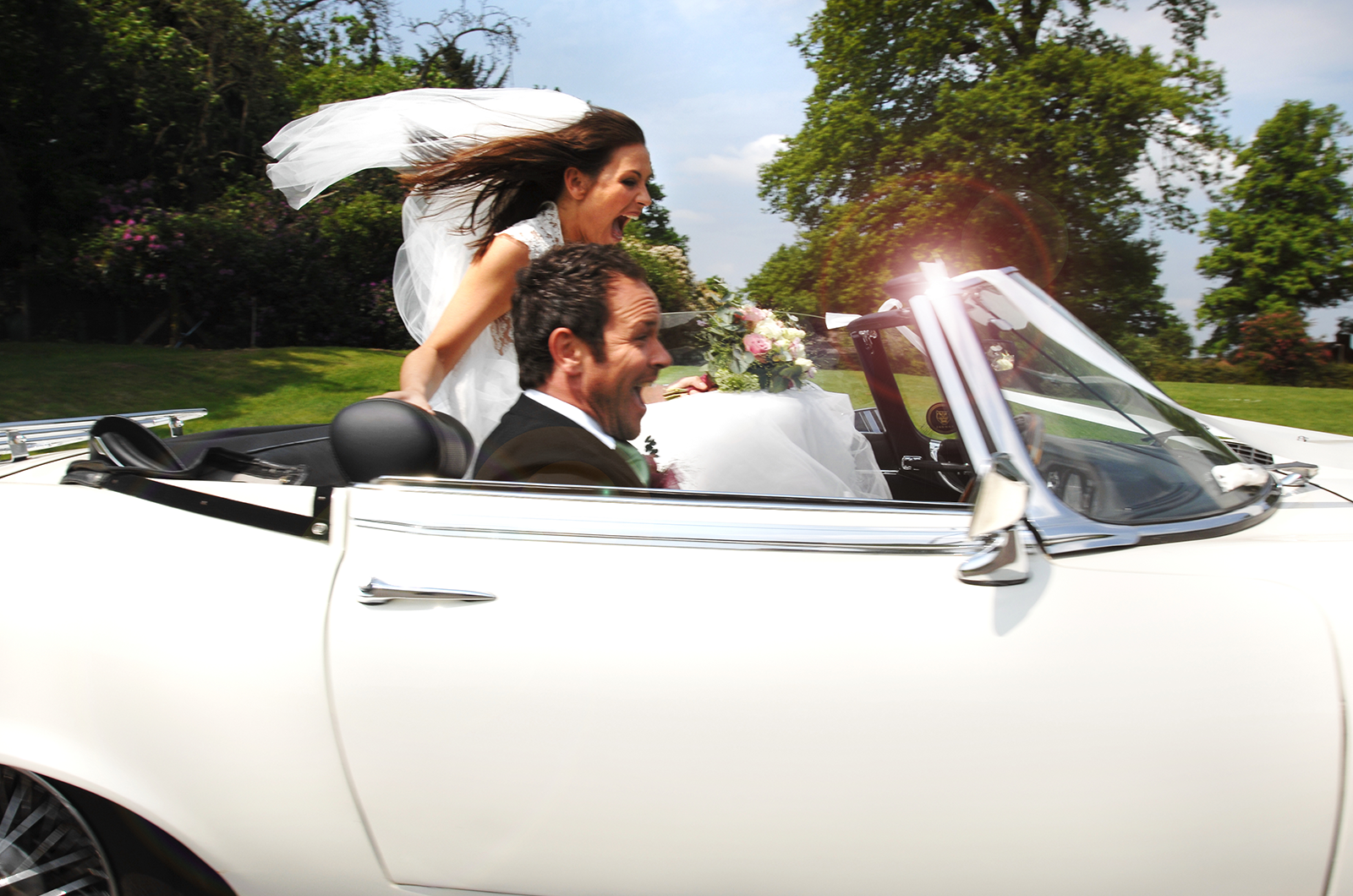 An exciting life ahead will certainly be heralded when the two of you roar off in an open Jag.

We’d pick the XK120 for a touch of old-fashioned glamour and the E-type as something bit more louche. Either way, you’re going to have to come back with a Nissan Qashqai to pick up those wedding presents…

Giles Chapman is a contributor to – and former Editor of – Classic & Sports Car, who first joined the staff before it was even three years old. He owns a rare 1976 Range Rover and wonders if it will ever be finished