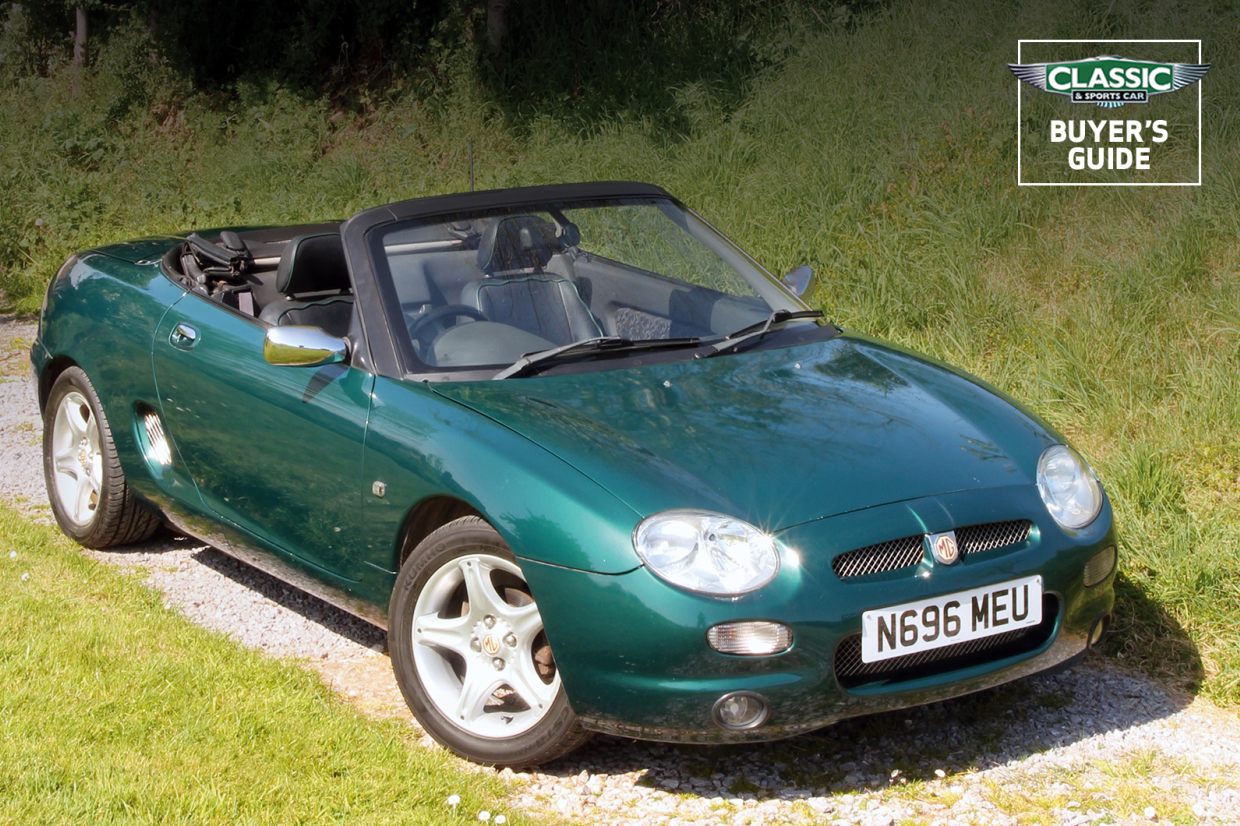 Why you’d want an MGF

Fun, practical, economical, usually reliable and the best-value mid-engined sports car on the market, the MGF has quietly reached 25 years of age without most collectors giving it a second glance.

Yet the Lotus Elise, which shares its powerplant and layout in a more focused (but less practical) package, is soaring in value.

One thing is for sure, as MGFs are scrapped in their thousands due to low values not justifying repair, numbers will soon reach the point where demand exceeds supply – at least for examples that merit preservation. Except for the final NAC-built TFs, prices cannot fall any further.

Hailed as the long-awaited saviour of Britain’s greatest sporting marque, the F had so much riding on it –and it really seemed to deliver.

Its styling was unique, friendly and popular, and it has aged well.

The light and powerful twin-cam K-series engine gave it adequate urge and could be specified with Variable Valve Control for extra oomph that would leave most older sports cars and hot hatches in its dust.

The mid-engined layout was well engineered to give superb roadholding with safe and fun handling.

The cabin was comfortable and spacious enough for two, with sufficient trim and accessory options to satisfy most tastes.

After the initial euphoria, road testers were negative about the road-oriented set-up. Rover was making the first affordable middie, so it dialled-out snap oversteer with an excellent ride/handling compromise that felt comparatively anaesthetised.

It was made worse by the pioneering use of electronic power steering, which lacked feel. Rover added a Steptronic CVT transmission as an option in 1999, but performance dropped and it wasn’t popular.

Cabin criticisms were addressed with a minor facelift in 1999, which also brought improved steering feel, and 2002 brought the TF, with a stiffened monocoque, sharper looks, a quicker rack, improved intake, hotter cams in the 135, and the Metro-derived Hydragas suspension binned in favour of conventional coil springs and a multi-link rear end.

And, when NAC MG of China launched the TF LE500 in late 2008, Autocar loved its ‘crisp, accurate steering and its agile, well-balanced chassis ’.

MGF: what to look for 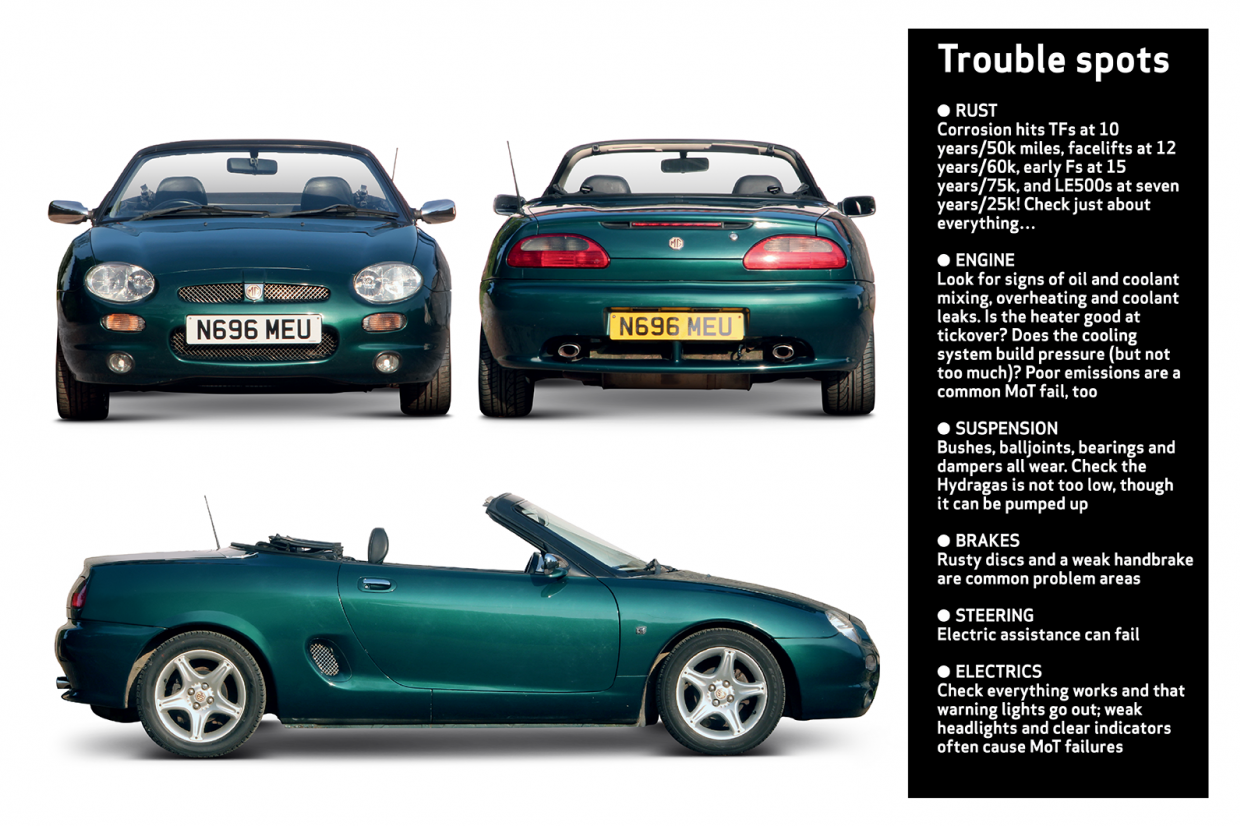 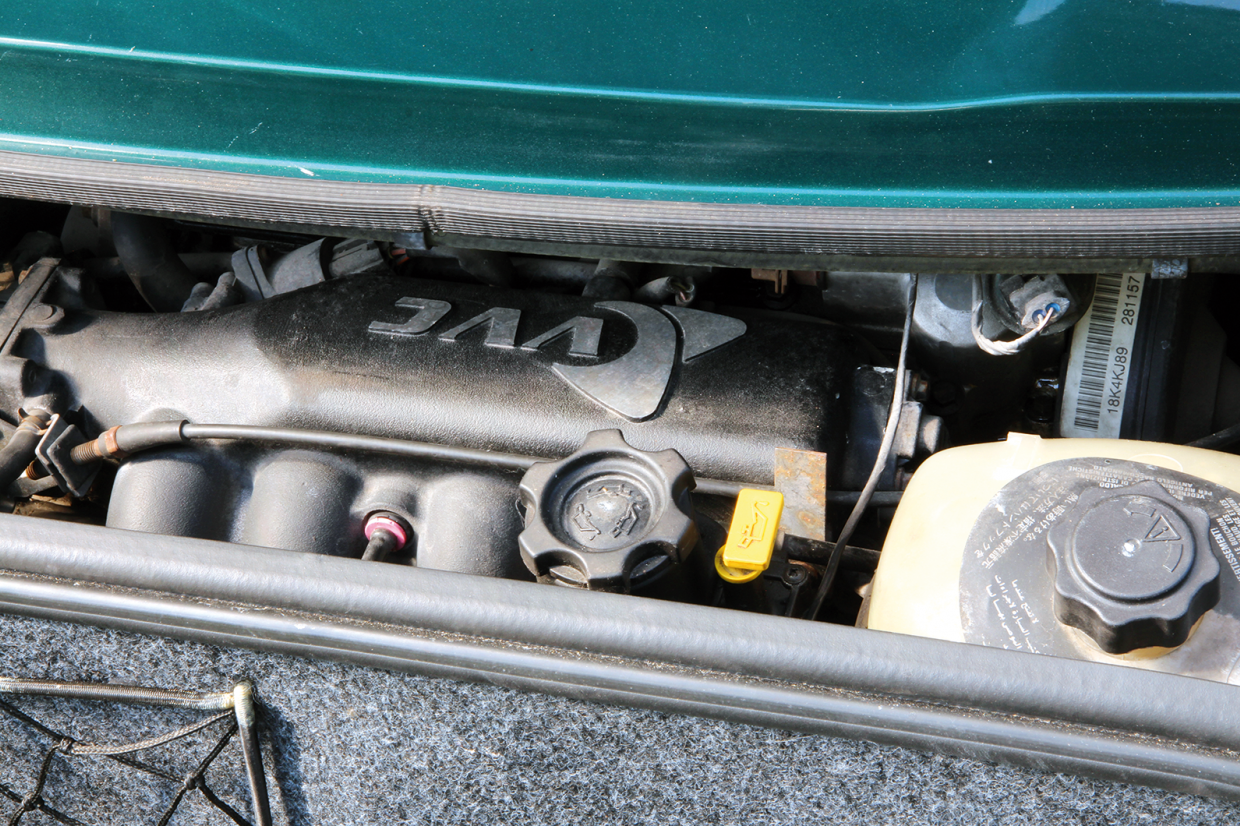 You can’t see much of the engine. Unclipping the back of the hood and unbolting the engine cover gives much better access for work.

The K-series is a delicate instrument that is prone to blow gaskets and can warp the head if the coolant leaks, but is superb if well maintained, and capable of 200,000 miles with ease. 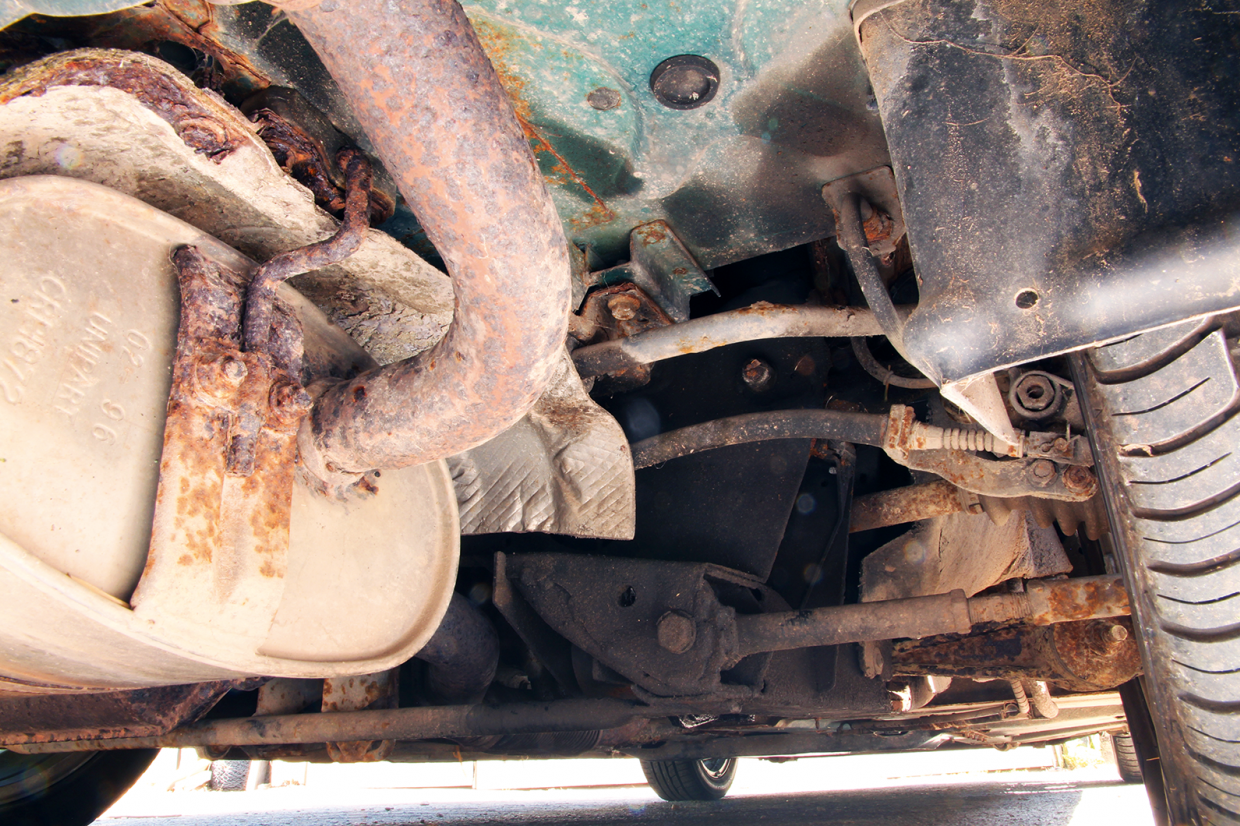 Bushes, balljoints and gaiters fail. More seriously, the subframe rots ahead of the rear wheels, as do the sills at its mounts; it’s complex to sort.

A good MGF delivers a brilliant blend of handling and ride, while the TF is a little firmer and sharper but still comfortable.

All of the bushes and balljoints can wear out in anything from 25,000 to 75,000 miles, so be prepared to replace them – as well as the shock absorbers – to get a really top-driving example. 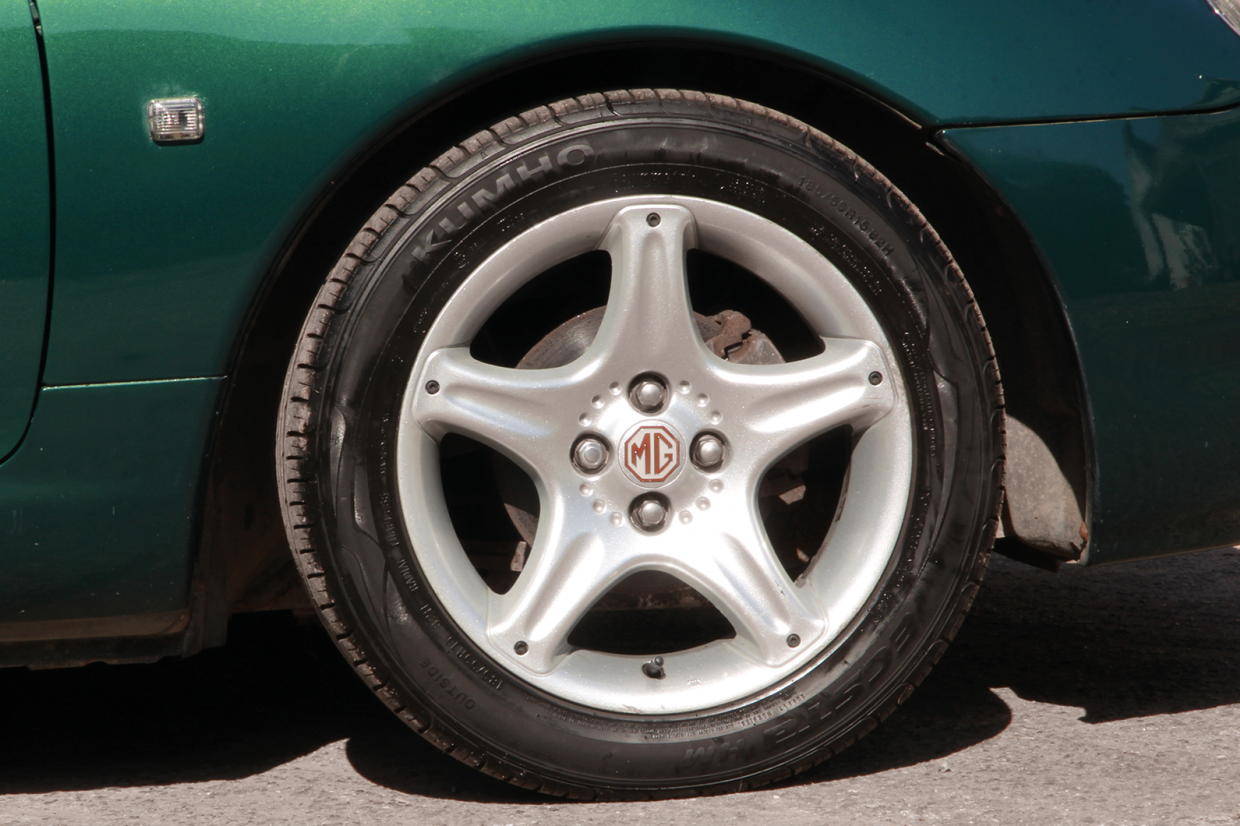 Check wheels for corrosion, and wishbones, subframe and mountings for rust.

Look for wear in bushes, and balljoints (common MoT failures). 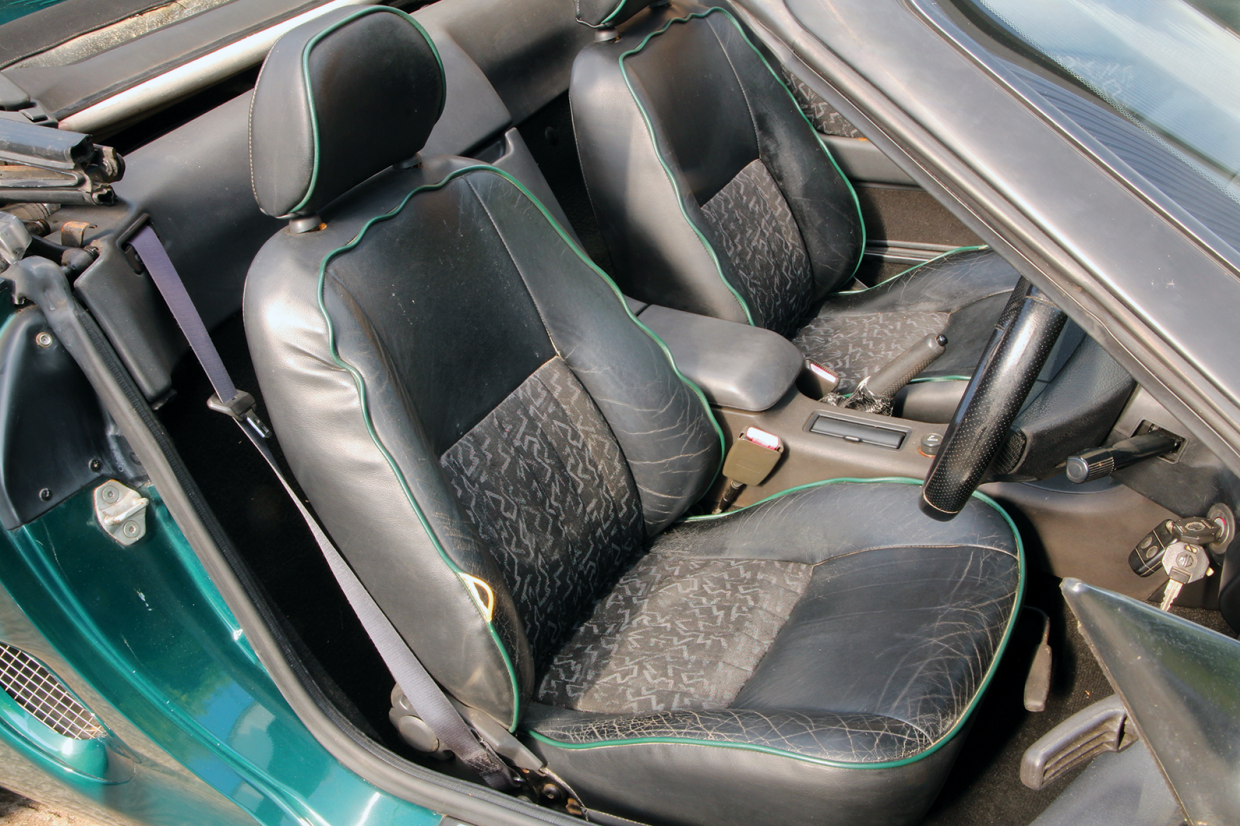 Comfortable seats came in all-cloth, half-leather in the VVC, or full leather.

Look for wear on bolsters and damp stains; piping fails on early seats. 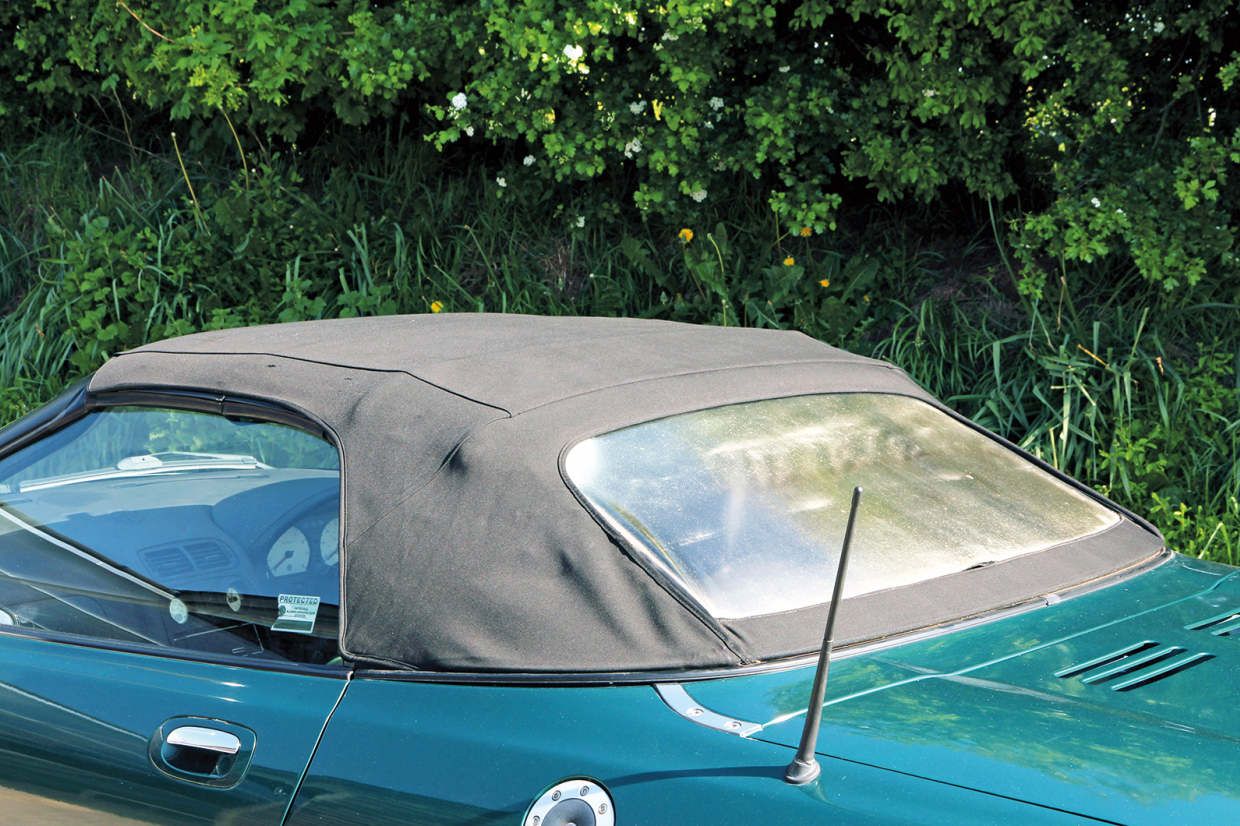 Hoods deteriorate around seams and folds: check fit and function.

Rear windows can be replaced or uprated to glass; a hardtop is a desirable extra on an MGF.

MGF: before you buy 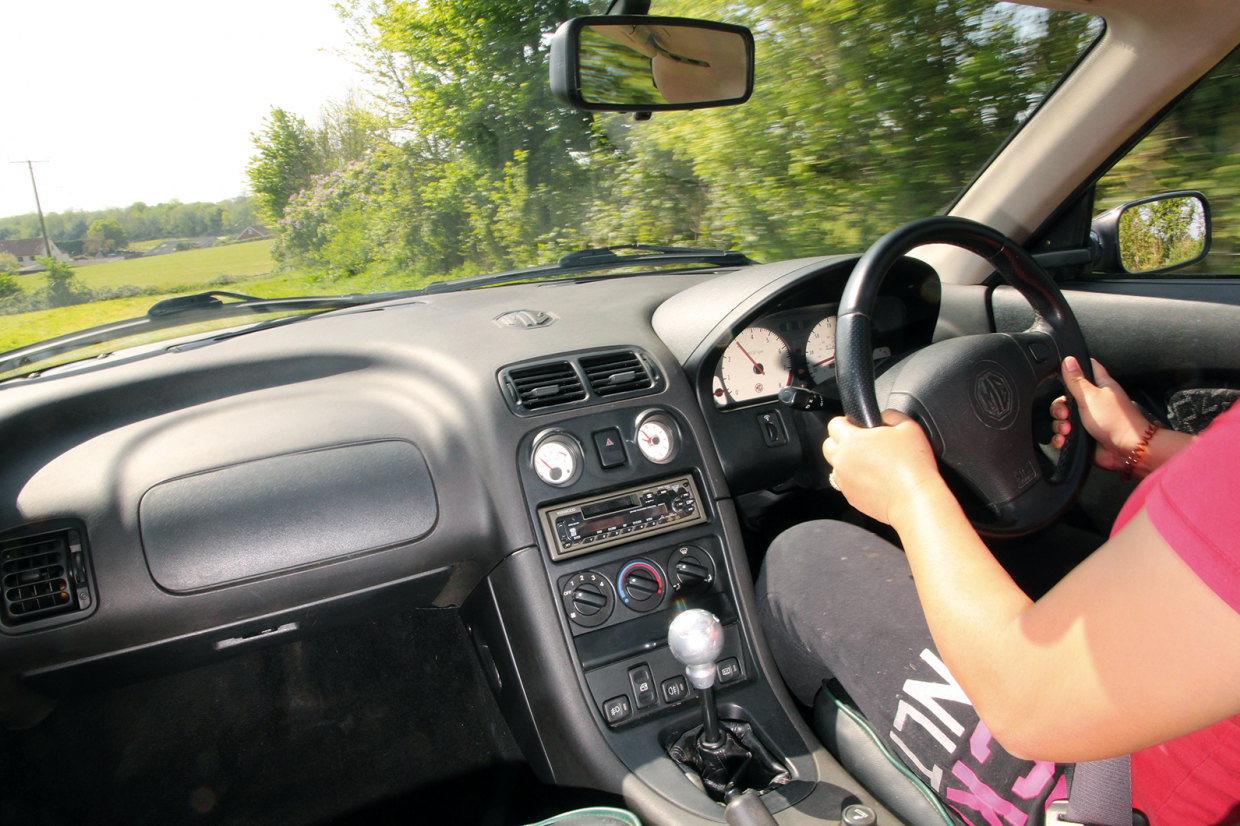 MGFs don’t advertise their specification with badges and some owners don’t know what their car is, so check the DVLA records and the engine number.

K-series engines are wonderful except for one well-known thing: head-gasket failure.

Check the dipstick and coolant expansion bottle for any ‘mayonnaise’; if in any doubt, unclip the back of the hood, remove the shelf carpet and unbolt the engine cover to check inside the main oil filler cap.

Not all cars will fail and, once properly fixed (with a head skim, uprated gasket, new bolts and dowels), it shouldn’t recur.

Replacing is a do-it-yourself job if you’re reasonably handy with mechanicals – as is the cambelt, which should be changed every 60,000 miles or five years. If not, budget £500-plus to get it done professionally, depending on what else needs attention.

Get underneath the car to check for rust and look at the coolant pipes to the radiator and heater –failure/leaks cause overheating. Check below the inlet manifold for leaks, too. 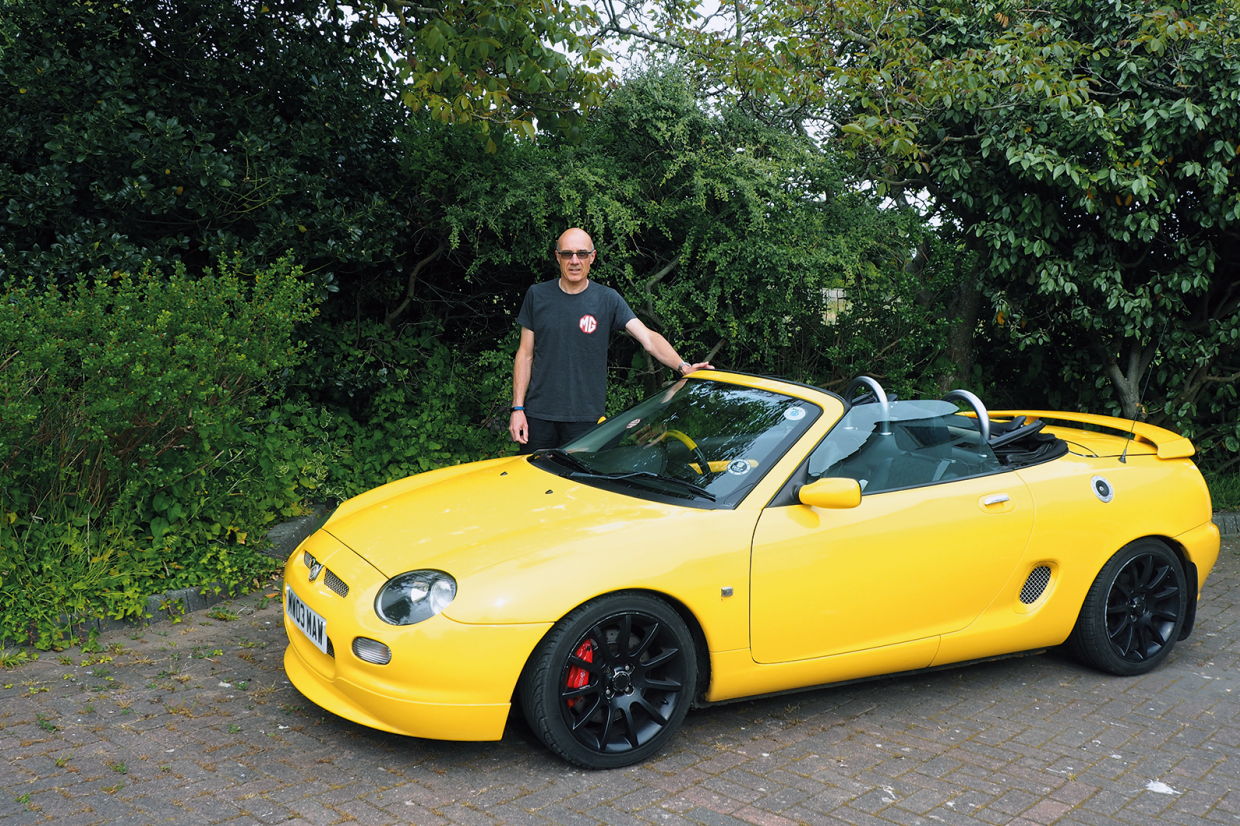 MGF Register chairman Nigel May’s MG love affair began with a Maestro EFI. Now he and wife Jo have a collection ranging from BGT to ZT260 – but Fs and TFs dominate.

“In 2005 we bought a new TF135 and we still have it, with two 2009 85th Anniversary editions,” he says. “My current project is a Trophy 160 – I’ll be taking it to Hydragas Services to recondition the spheres; it sits too low and you feel every stone.

“We’ve only had one head-gasket failure – the dealer had replaced it ‘as a precaution’ before delivery, but there was nothing wrong with it when I test-drove the car. The failure was from bad workmanship.

“We’ve used TFs for commuting for years and they’ve been reliable, though our 2003 Typhoon collapsed after hitting a pothole last year – the subframe rotted where the wishbone mounts.” 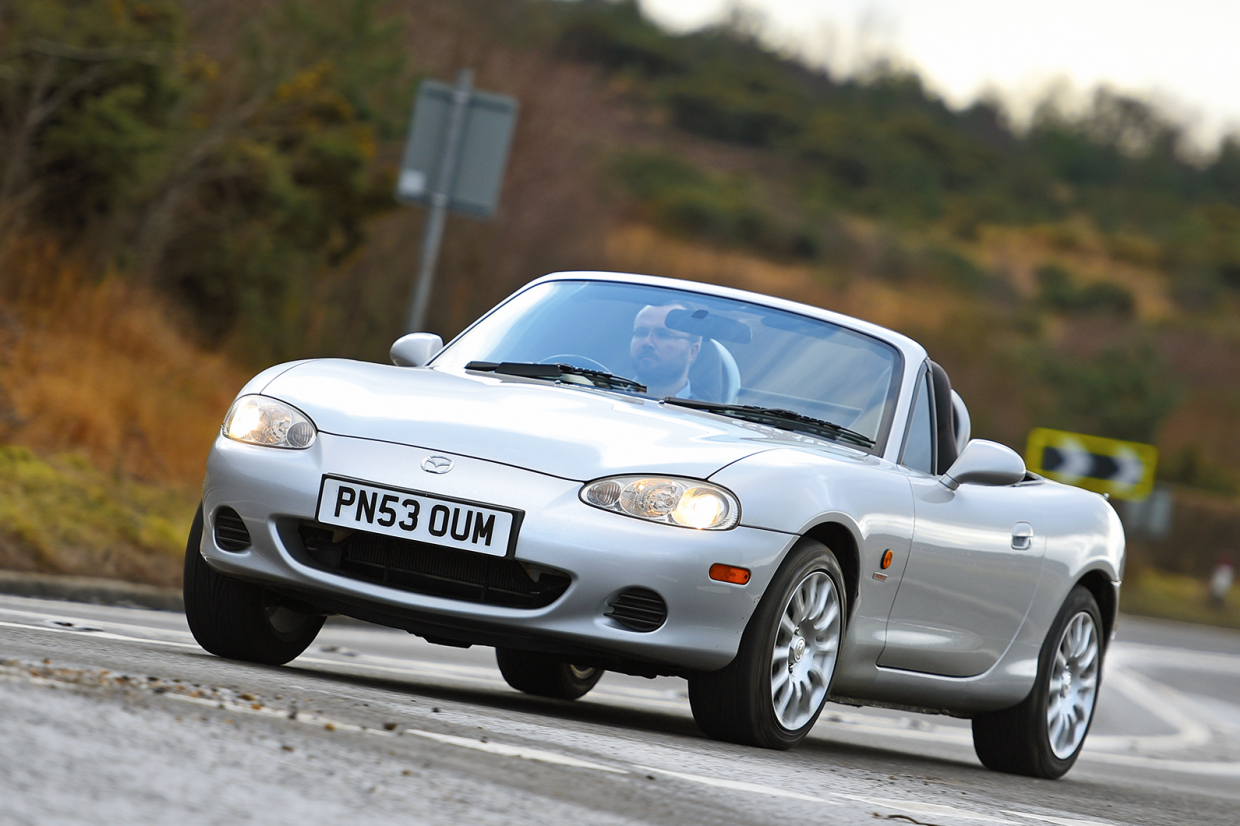 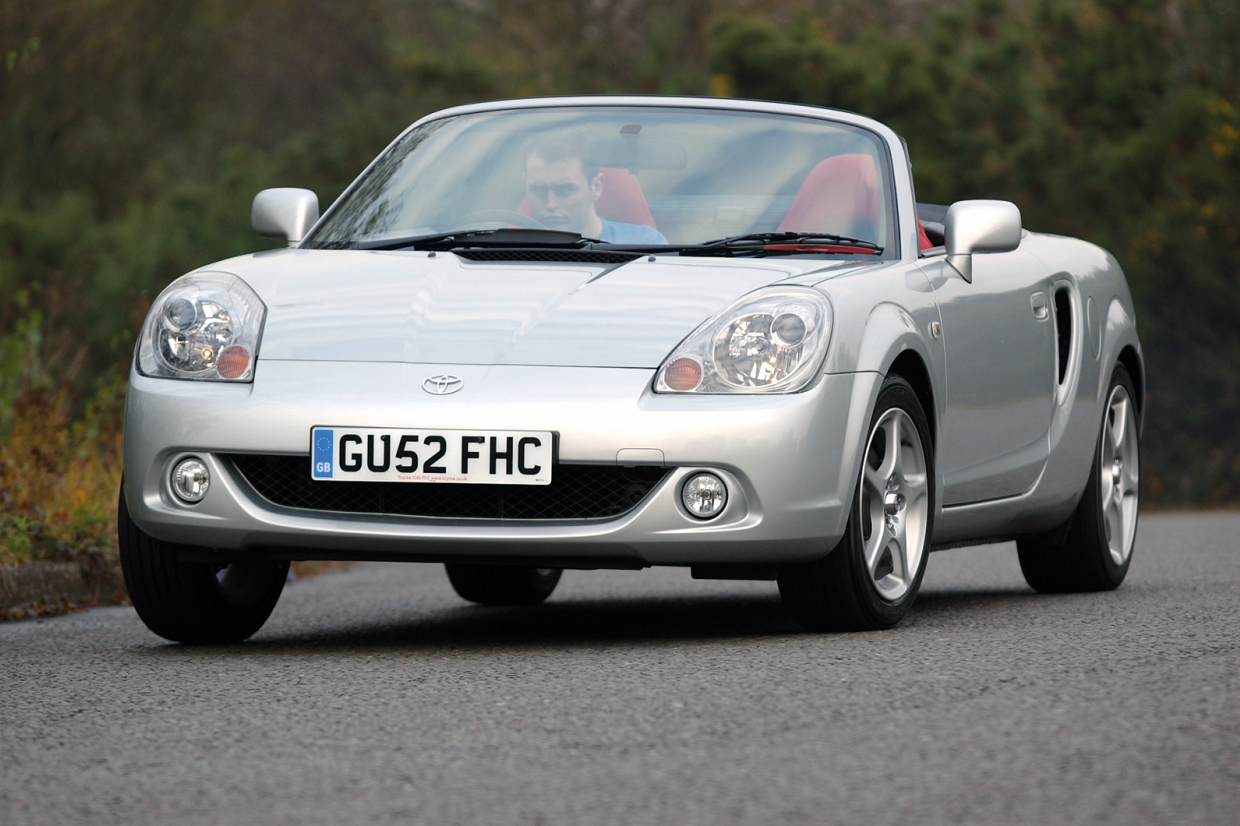 Elan-inspired front-engine/rear-drive sports car, with 1.6/1.8-litre engines. Practical, but not as quick as the MGF and prone to rot. Many are modified, and electrics and head gaskets can fail.

Toyota downsized the MR2 to compete with the MX-5 and MGF. Light and nimble, with a 1.8-litre 138bhp 16-valve VVT twin-cam and heated glass rear window. Floors/subframes rot and exhausts fail. 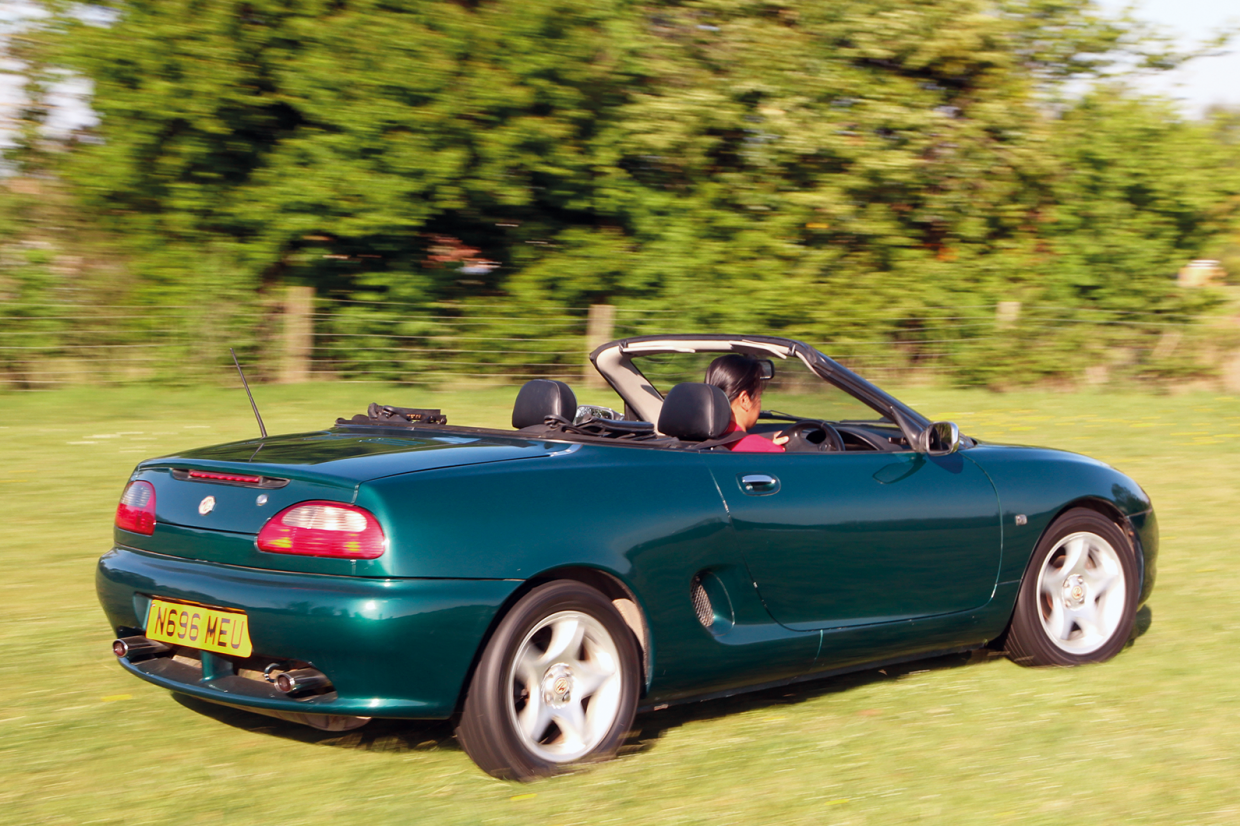 Buy on condition, evidence of sympathetic ownership and the specification – high-spec versions can be found for little or no more than base models.

Now is definitely the time to buy, except perhaps for NAC cars, and a good F is brilliant fun for the money. 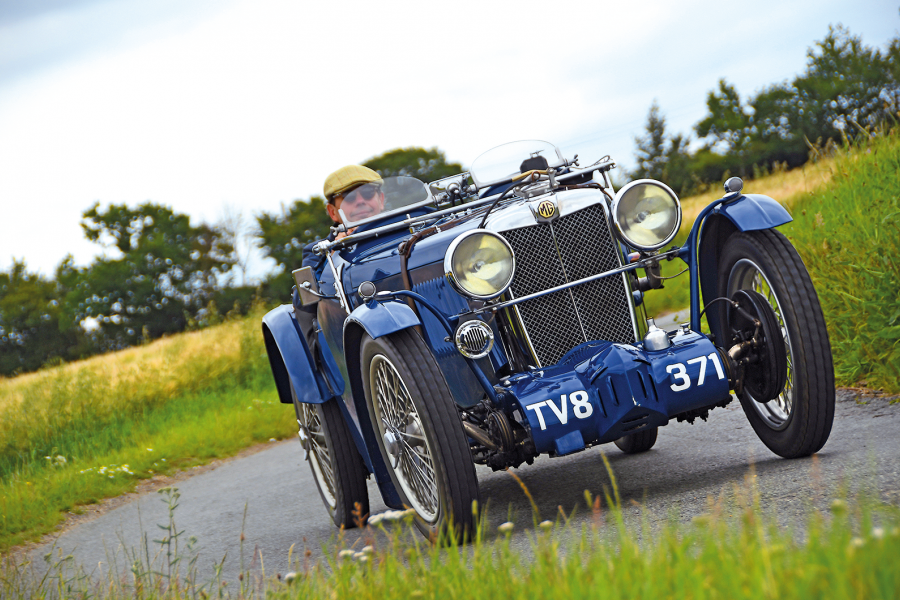 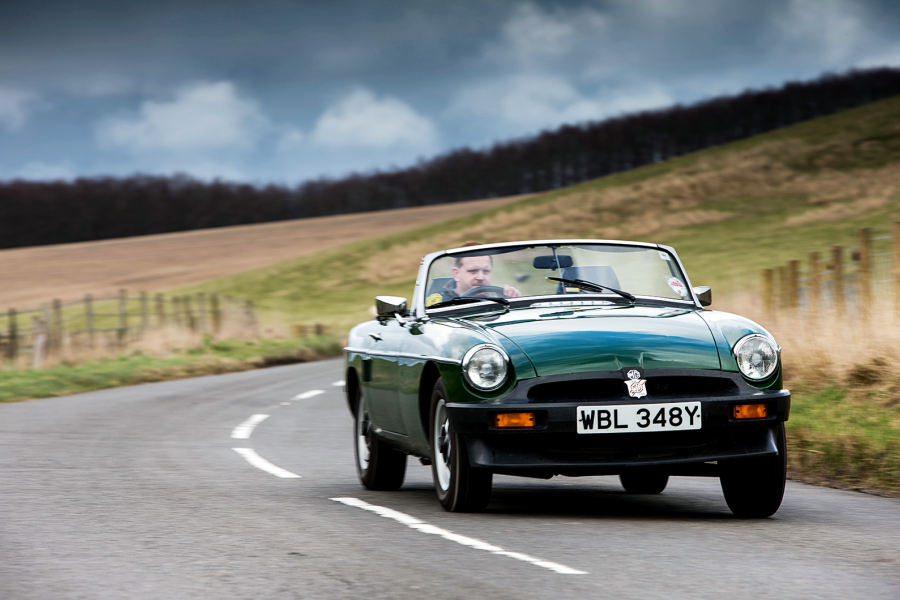 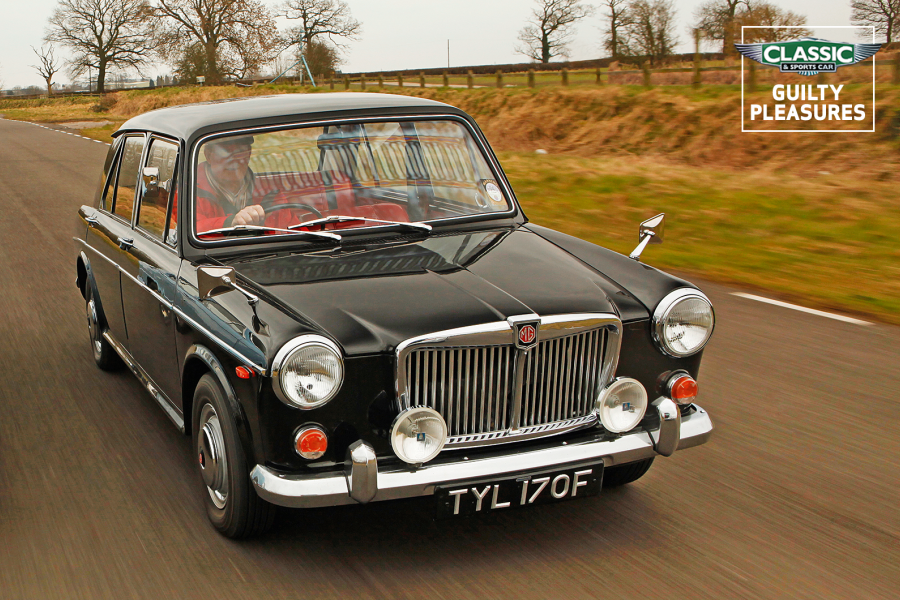 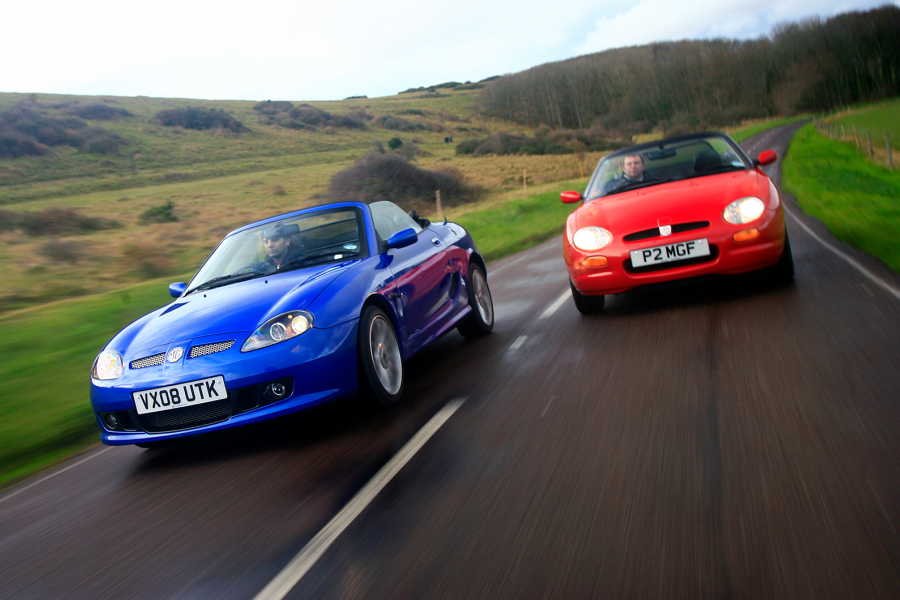