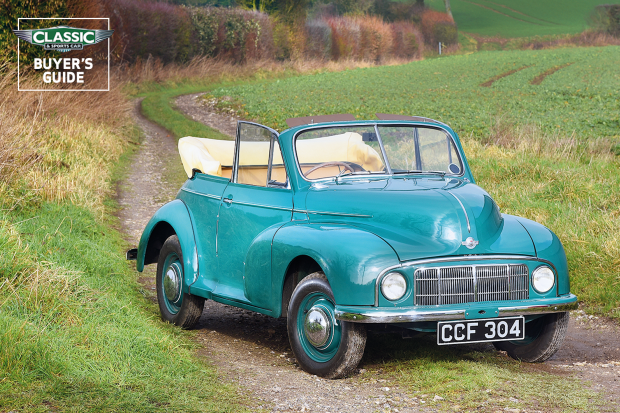 Lighter, roomier and more aerodynamic than the Morris Eight Series E, the post-war Minor heralded a sea change in small-car construction and looks, albeit with an antiquated long-stroke sidevalve engine rather than the modern flat-four that designer Alec Issigonis had planned.

At least the engine was well known and proven: reviewers concentrated instead on the Minor’s revelatory handling, space, economy and light controls.

A clever touch on the first ‘lowlight’ cars was that the sidelights doubled as engine-bay illumination. The folding rear seat squab, opening through to the boot, was a rare and modern feature at the time, and combined with a double-folding passenger seat. But it was very basic: the 1949 road test cars had just a single driver’s-side windscreen wiper and a single offside rear light, with a reflector on the nearside.

Morris engineers were developing an overhead-valve version of the 918cc sidevalve when the BMC merger with Austin came, but they were overruled and the ohv A-series from the Austin A30 was dropped in for the Series II, along with its gearbox.

The 803cc unit was freer-revving but needed lower overall gearing and its ratios were poorly chosen compared to the MM ’box, resulting in the same top speed, generally slower acceleration and marginally worse economy. This embarrassing state of affairs led to astonishing misinformation in The Motor’s road test, where ‘approximately 25% faster acceleration from rest through the gears’ is claimed, despite being at odds with the test figures.

Nevertheless, the Minor continued to sell strongly, aided by the introduction of pick-up, van and Traveller estate models; the commercials were built on a new, separate rear chassis, whereas the Traveller retained the saloon floorpan with a wood-framed, aluminium-panelled rear body that added a unique charm.

Today, rust is a Minor buyer’s main concern, followed by specification. Many early cars, especially SIIs, have been uprated with later running gear. This makes them more usable, but if you prefer originality, finding the correct early parts to revert can be challenging: even the wheels on MMs were different to later cars.

Saloons can still be found cheaply, with Travellers fetching more and Tourers the most prized, alongside vans and pick-ups due to their extreme rarity. Very early cars also command a premium.

Morris Minor MM / Series II: what to look for 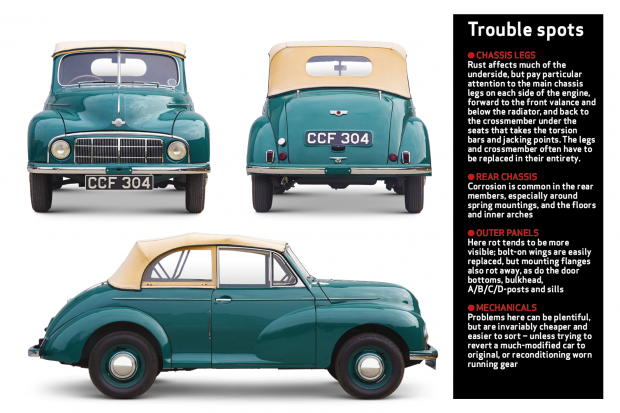 A well-restored Minor is a delight to drive, with astonishingly light controls – especially the clutch and steering. Expect some roll, but cornering should feel reasonably precise and well controlled. Early cars such as this example had oil-pressure as well as fuel gauges, but there was never a temperature gauge. 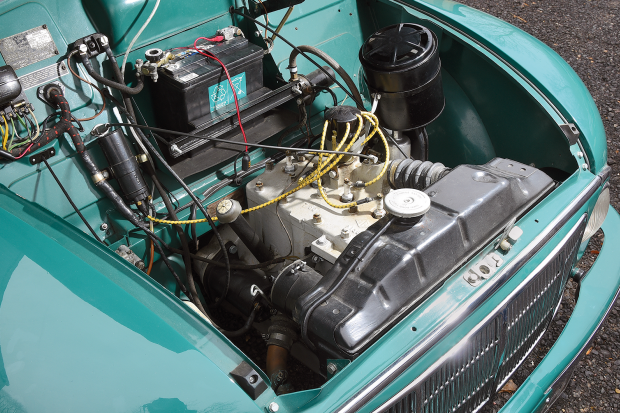 Simplicity and ease of access characterise the Minor engine bay, which was originally designed to take a flat-four. The smooth and reliable long-stroke sidevalve MM engine is completely different from the A-series in the Series II, but service and rebuild parts are available, so owning one need not be daunting. 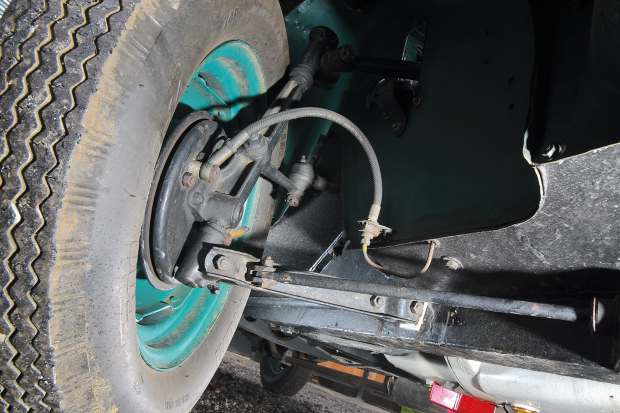 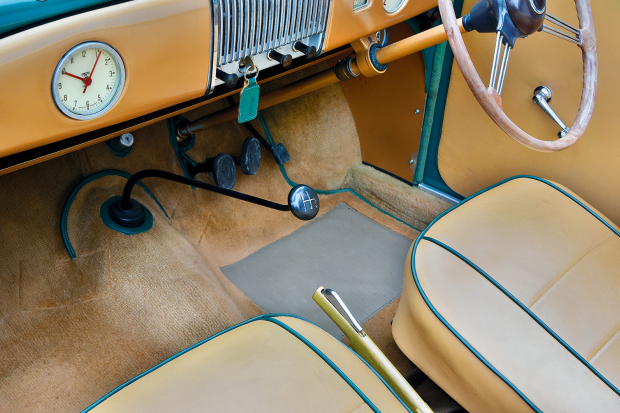 Suspension should be greased every 1000 miles or it will become stiff and wear. Check chassis legs throughout their length for rot and bad repairs.

All Minors had a three-synchro, four-speed gearbox, but the MM unit is different from the Series II. Check synchros and listen for layshaft wear. 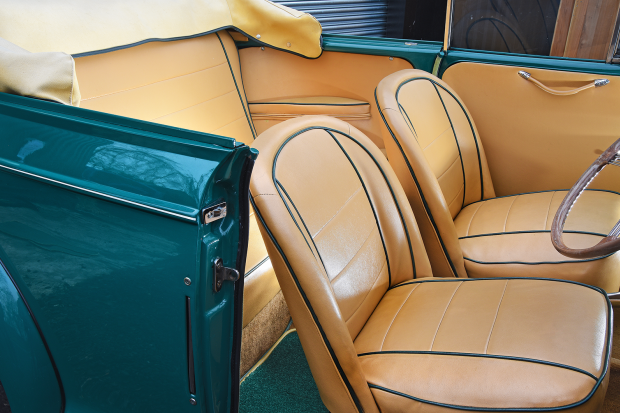 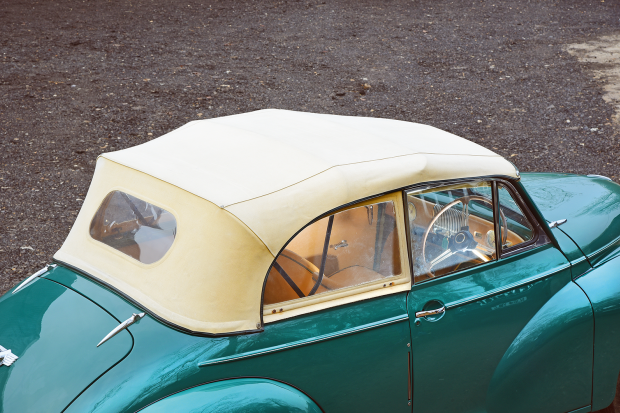 Many early cars will have acquired later seats and trim over the years. Worn originals can be retrimmed but missing early parts are hard to find.

The first Tourers had removable rear sidescreens – later ones had fixed glass windows and a different hood and frame. Check fit and condition. 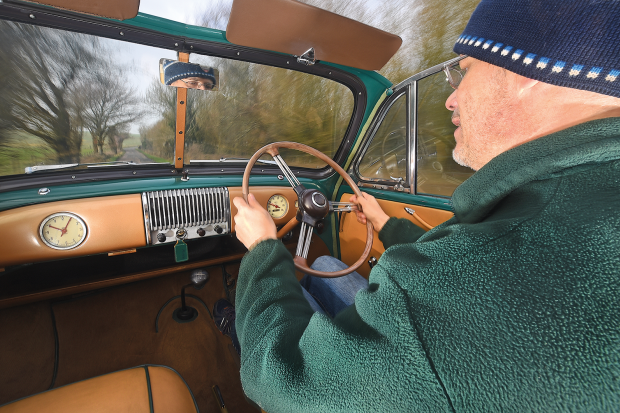 Expect a smooth, light and easy drive – if the car feels stiff and jerky or wallowy, it needs attention.

Hard-worked engines could need a rebuild after as little as 30-50,000 miles, so check for excess smoke, heavy breathing, knocks and rattles. Check the gearbox synchros (on all but first) and for layshaft wear, indicated by a bearing noise that goes when you dip the clutch in neutral. Look beneath for oil leaks from the engine, ’box and axle (especially on the inside of the brakes).

Frequent lubrication is vital to keep the steering light and the suspension precise; check for play and uneven tyre wear.

Surprisingly, the correct 5.20x14 crossply tyres are no longer available. Most people choose more durable radials, which give improved wet grip, but ride comfort and overall gearing are not quite as good; the fractionally narrower Waymaster 5.00/5.20x14 (as fitted to our test car) is the nearest currently available crossply.

The 145/80 Pirelli Cinturato is probably the best radial, unless you upgrade to the 155 Michelin X – though even that has a slightly smaller rolling radius than the crossply. At the budget end, a 155 Nankang can be had for £36 plus fitting.

Braking is one area where the early Minor struggles in modern traffic; it’s no bad thing if the fronts have been uprated to later 8in drums. If the brakes are very ineffective, it’s likely that the cylinders are sticking – a common fault from infrequent use that is easily rectified. Weak shock absorbers often just need topping up.

1949 US cars get raised headlamps

1951 Jan All get raised headlights 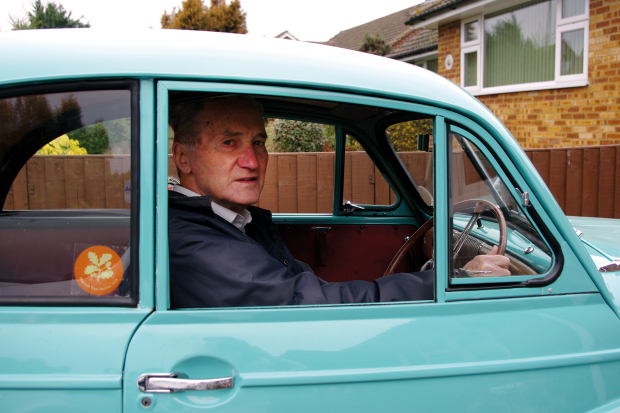 “My 1950 MM saloon was my first car in ’61,” says Graham Holt. “Despite tiny headlights and no heater, it was my sole transport for six years and 60,000 miles. The biggest expense was a Gold Seal replacement engine, fitted in advance of a Swiss touring holiday.

“I sold it to my sister in 1967 and bought it back in 1976 – and it’s been with me ever since. In 2008, I rebuilt and fitted an engine with 37bhp Alta overhead-valve conversion, which gave far better performance. Two years ago a piston crown broke, so I put the sidevalve back in. I had the carb rebuilt by Burlen and even after 80,000 miles it gives 40-45mpg.

“With cars of this type it’s necessary to develop a good sense of anticipation and car sympathy in order to get the best from it – performance is not great when driving up hills!” 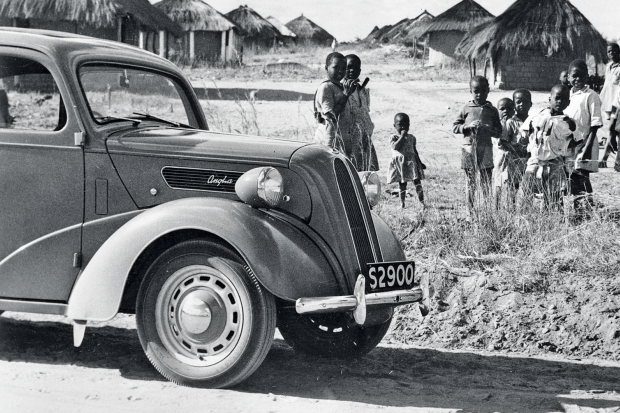 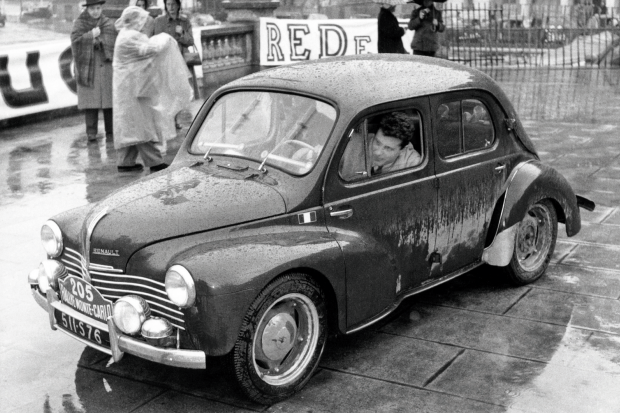 This mildly restyled ’30s two-door was simple and reliable. Separate chassis, beam axles, rod brakes and 57mph. Charming… if you’re not in a hurry.

Delightful four-door (even the Cabriolet) rear-engined cutie with all-independent suspension. Slower than the Minor on 750cc, bar the rare Sport. 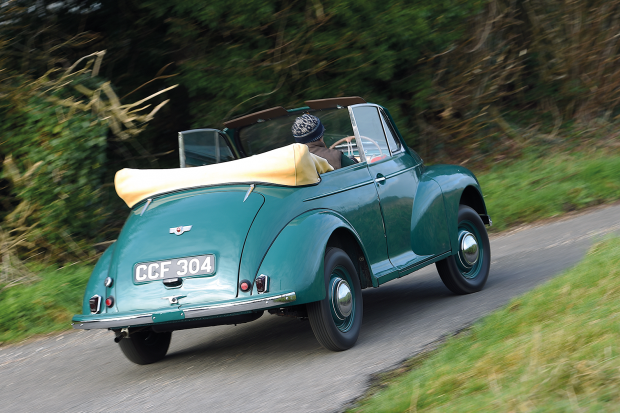 Provided the rust has already been dealt with successfully – or you’ve budgeted for it – you really can’t go wrong with an early Morris Minor.

True classics for bargain prices, they belie their years in being light and easy to drive, especially at home on country roads and in town. Uprating is cheap and simple, but remember that originality is becoming increasingly prized now.

Morris vs Simca: Who says racy tintops were an ’80s thing? 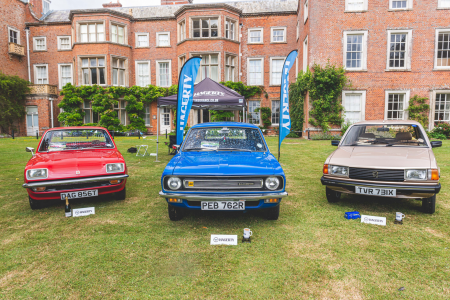 Morris Marina triumphs at Festival of the Unexceptional