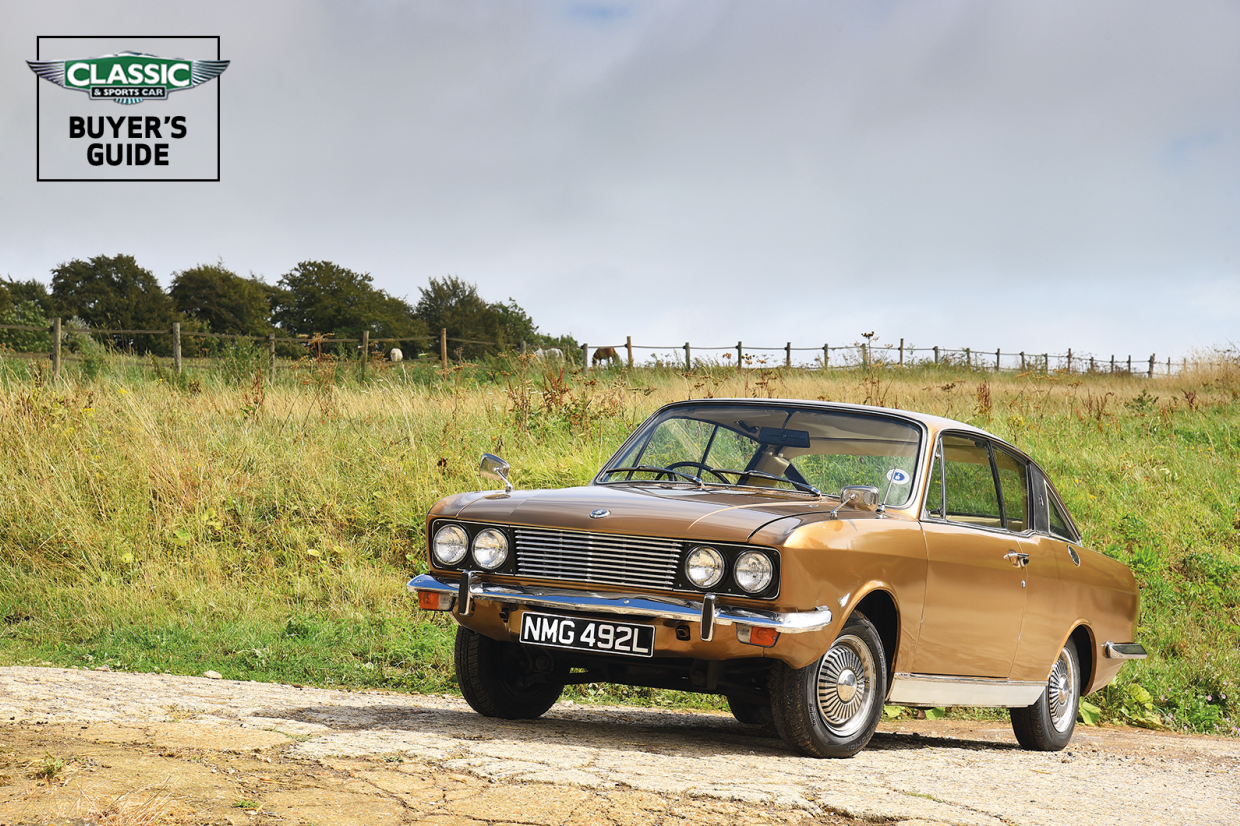 Why you’d want a car from the Rootes’ Arrow range

The final new cars designed under Rootes ownership, before the Chrysler take-over, ‘Arrow’ saloons were styled principally by Rex Fleming, with Roy Axe responsible for the coupés.

It was Rootes’ answer to the Ford Cortina – and the Capri – and although produced in much smaller numbers, they make an interesting alternative.

Robust running gear made base models popular taxis worldwide, clocking up huge mileages, and helped the Hunter win the gruelling London-Sydney Marathon in ’68; the model continued in production in Iran for decades.

There were many variants: Hillman Minx/Hunter, Singer Gazelle/Vogue, Sunbeam Vogue and Humber Sceptre saloons, plus Sunbeam Alpine/Rapier coupés, each with a range of trim, spec and engine options.

The standard alloy-head 1725 had 72bhp, but the twin-carb version in the Rapier and Sceptre put out a useful 79bhp, which, with a close-ratio ’box and overdrive on third and top, gave it lively performance.

The ultimate spec was the Holbay-tuned Rapier H120 and Hunter GLS, with ‘Holbay’ cast into the rocker cover and twin Webers.

If you find one, check its history before paying top price, because many parts have been swapped from car to car: make sure the spec is correct.

Rot is the biggest enemy, and once it gets established, it’s rarely eradicated properly when repairs are made, due to the cars’ low values – so check restored cars very, very carefully and don’t be taken in by a shiny exterior. A restoration, unless you do it all yourself and don’t count your time, will always cost more than the car is worth./p>

Arrow saloons, in particular, tended to be chosen by ageing middle-class customers who garaged them and used them sparingly – some still turn up, long-cocooned, in remarkably original condition and are well worth rescuing.

There’s a keen following, if fragmented between different marque clubs, and a small but dedicated group of specialists, so keeping a sound car in running order is neither difficult nor expensive.

Compared to some of its period rivals, the Arrow range of cars represents good value and deserves greater recognition.

The Rootes’ Arrow range: what to look for 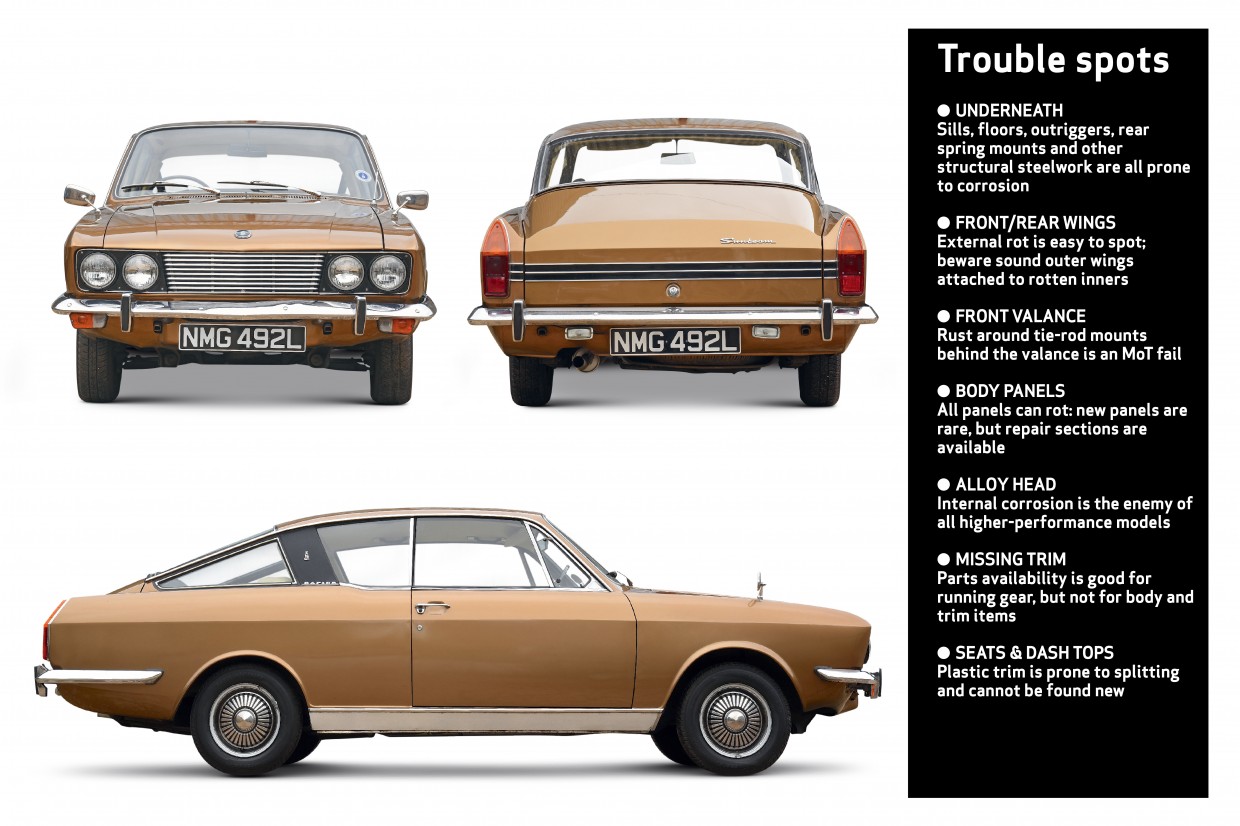 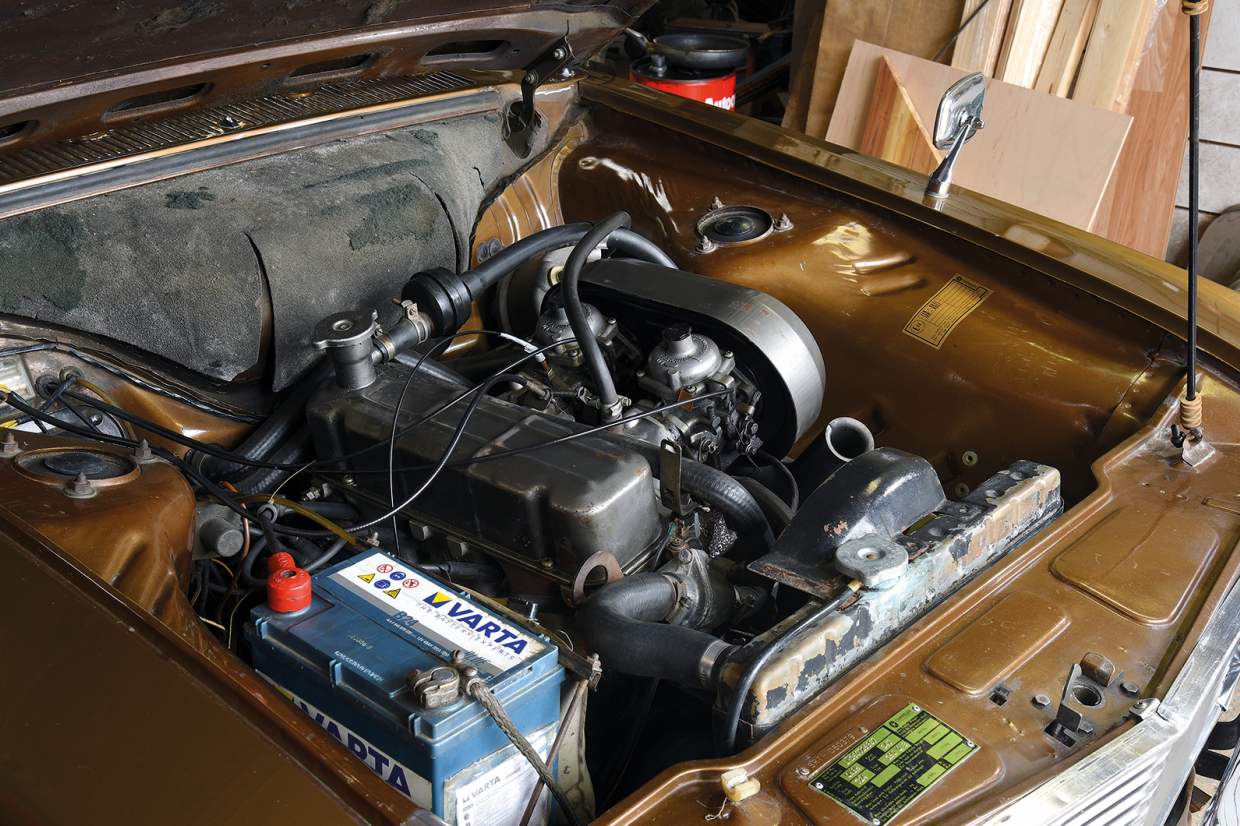 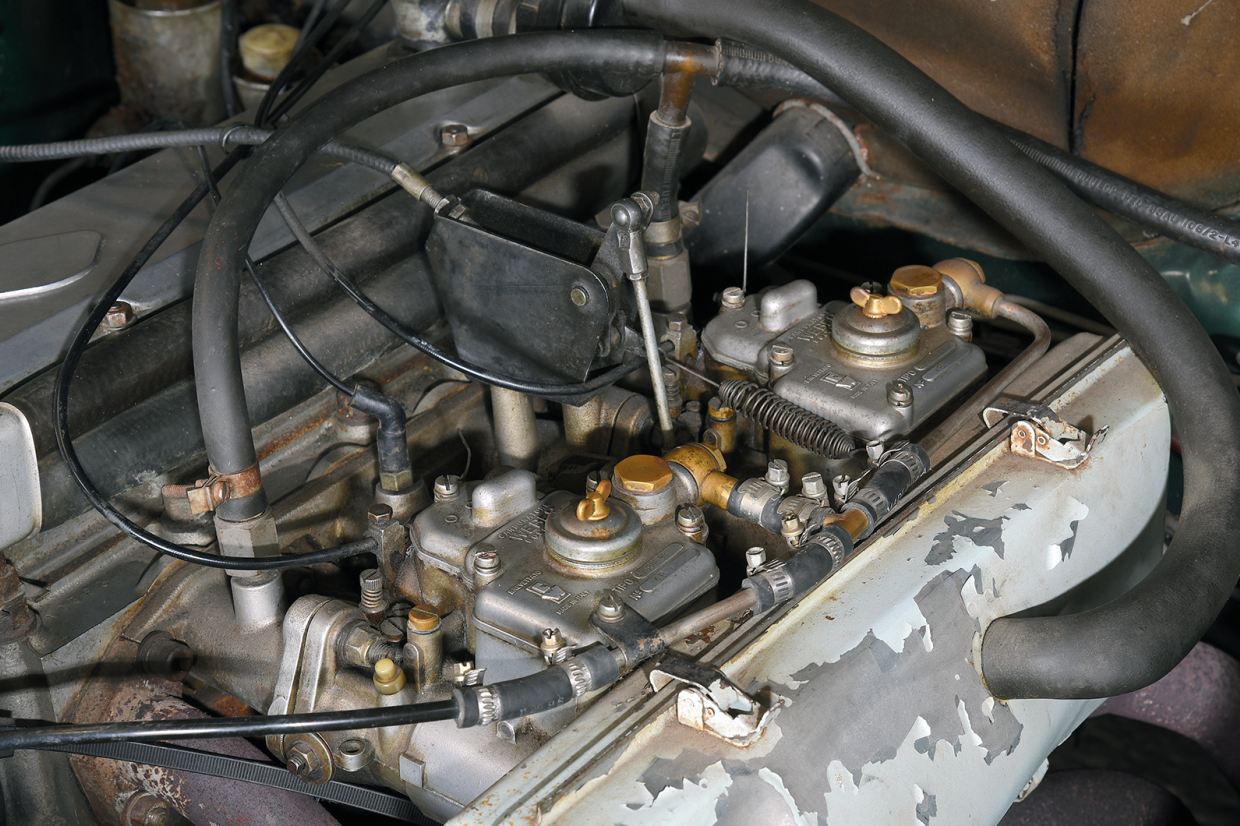 Cared-for engines will do 200k+ miles between rebuilds.

Check for damage/overheating; listen for bearing knock/rumble; and look for 40psi+ oil pressure.

The Holbay-tuned Rapier H120 and Hunter GLS went well – the Hunter best of all, because it was lighter. Check for originality and full spec. 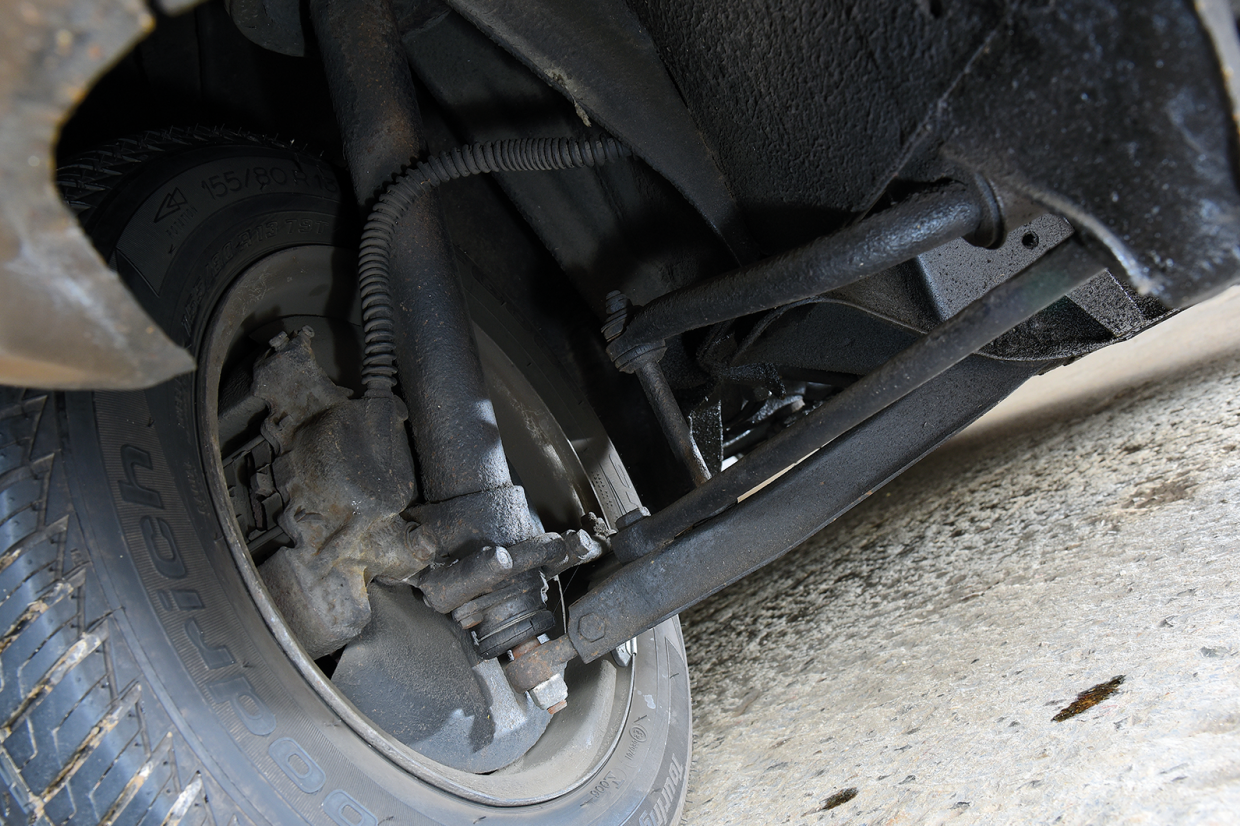 15° of play is acceptable for the steering; more or a gritty feel and it’s rebuild time.

Check the suspension for wear and for effective damping. 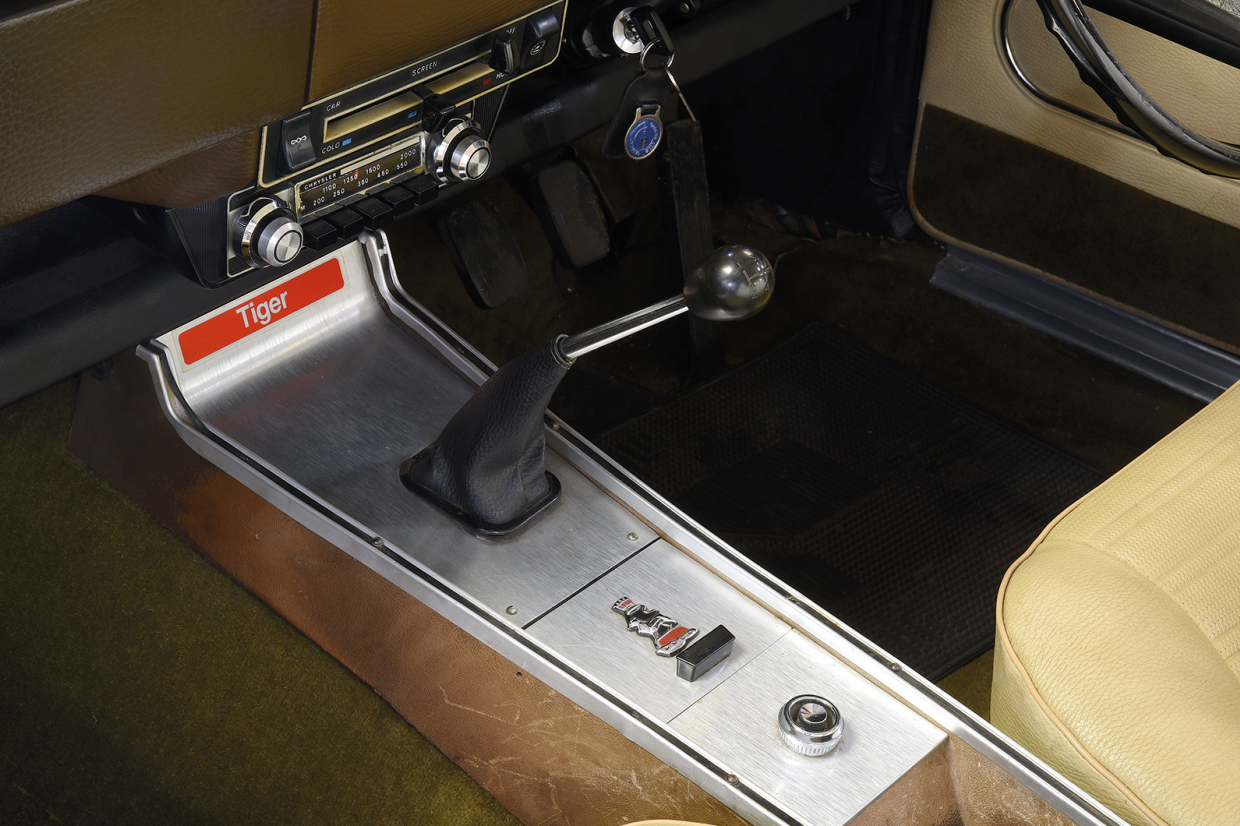 Most had a rugged all-synchro manual gearbox with overdrive on top models (optional on others).

Autos were three-speed, four-speed from 1974. 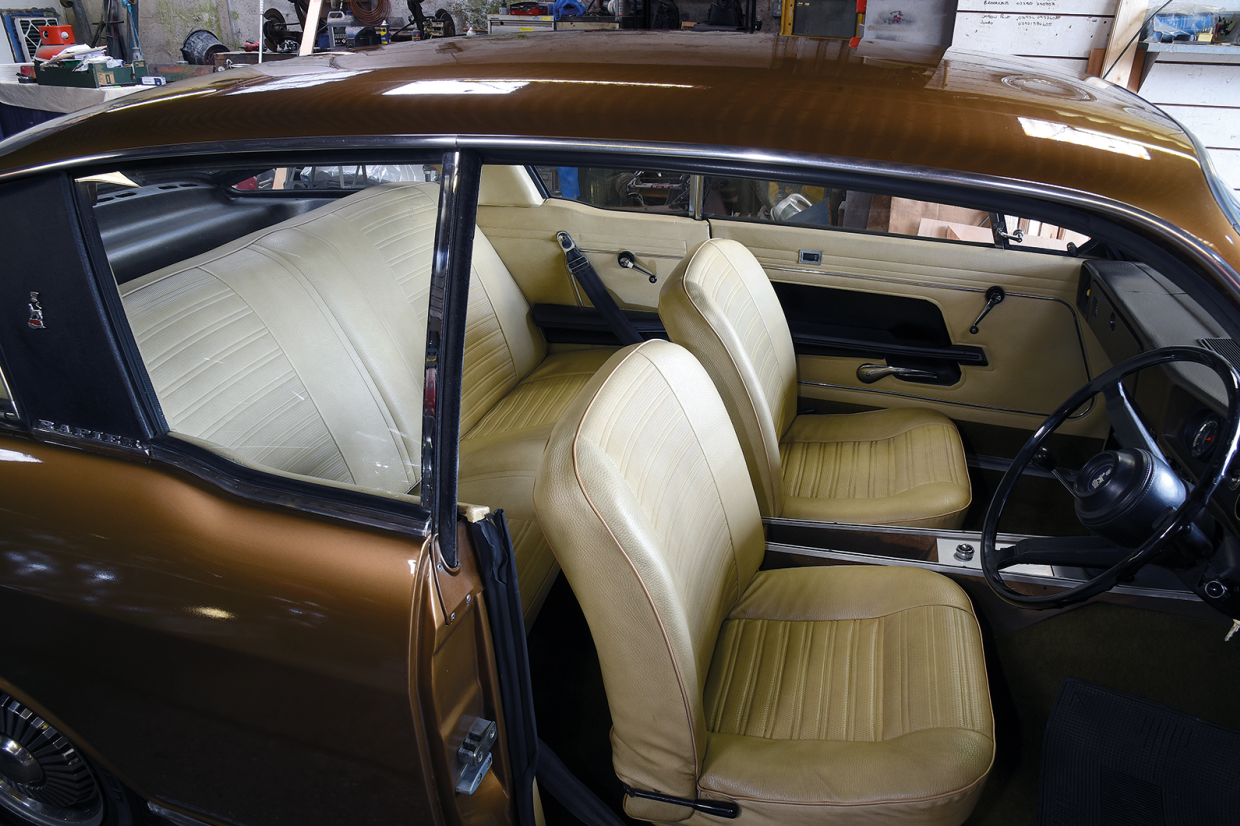 Some used parts are around.

Rootes’ Arrow range: on the road 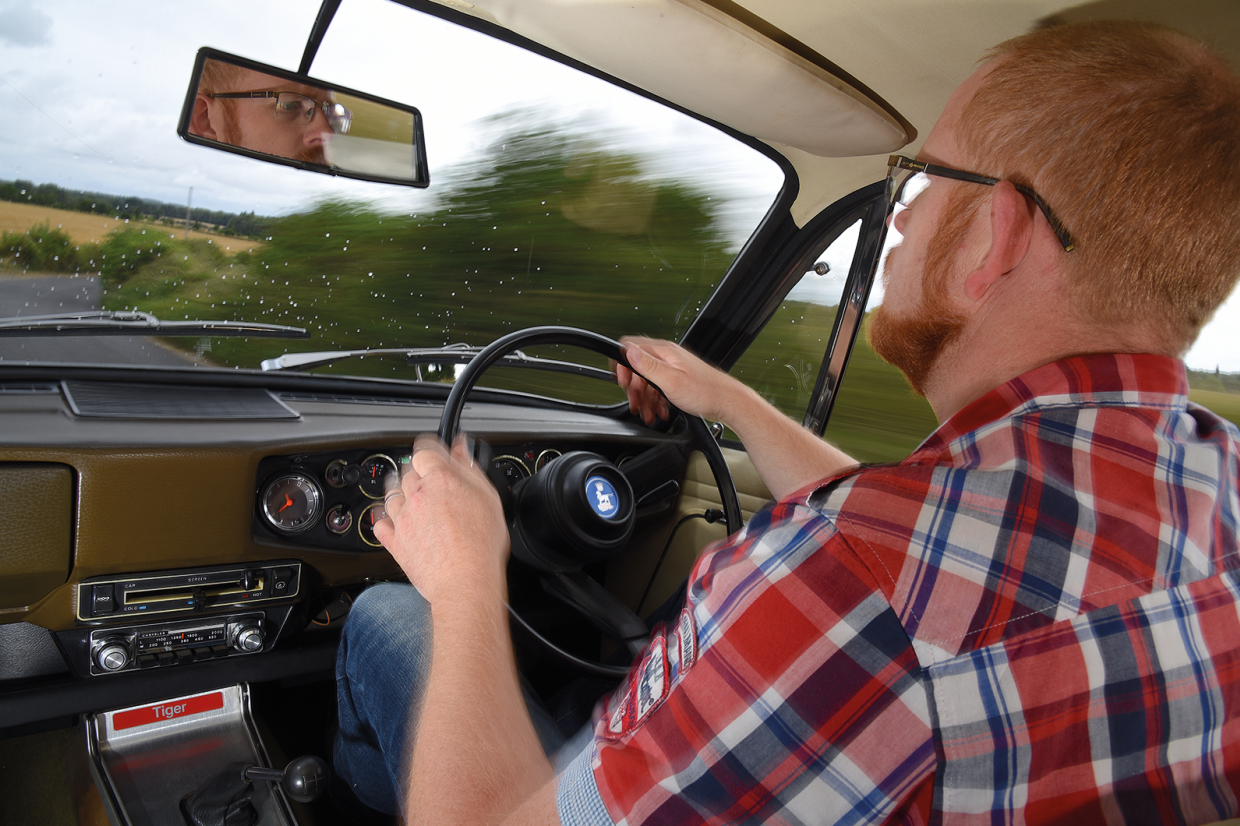 The Arrow cars encompassed a wide range of trim and performance levels, from the rubber-matted and rather pedestrian iron-head 1500 Minx and Hunter DL, through iron-head 1725s, alloy-head 1725s with single carbs, alloy-head with twin Strombergs and alloy-head with twin Webers, spec levels also going up through the range to the ultimate leather-trimmed Sceptre with a dashboard stacked with instruments and even a separate cigar lighter for rear-seat passengers.

Some variants were very rare, such as the desirable Sceptre Estate, and one-off specs were ordered including, it’s believed, Holbay power in a Sceptre and a Sunbeam GT saloon.

Parts are available to rebuild engines and running gear, carburettors etc, but a car with missing or damaged trim may be difficult to put right.

Through the clubs you can usually track down most parts, lurking in private hoards: a great many have been broken over the years.

Check for a smooth pull through the revs commensurate with engine spec, with no untoward noises or overheating, or excessive oil breathing or leaks.

The gearbox should change easily without baulking and overdrive, if fitted, should engage cleanly in third and top.

Post-’73 J-type overdrives are the most robust; Rootes used an unusual relay so if that’s failed, it may be tricky to find.

If you prefer an auto, try to find a late model with the Borg-Warner 45 four-speed.

Check brakes – upmarket models had servoes – as well as handbrake for effective operation.

Prices correct as of November 2018 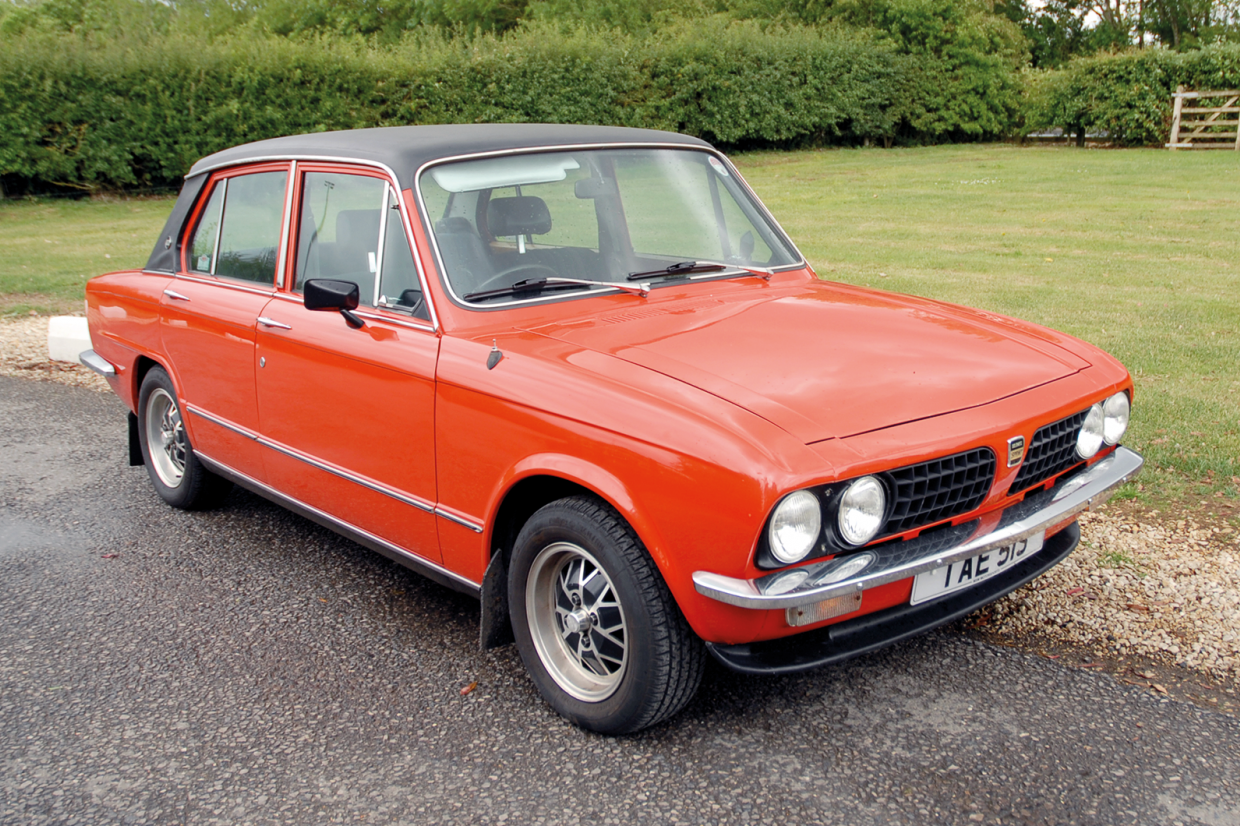 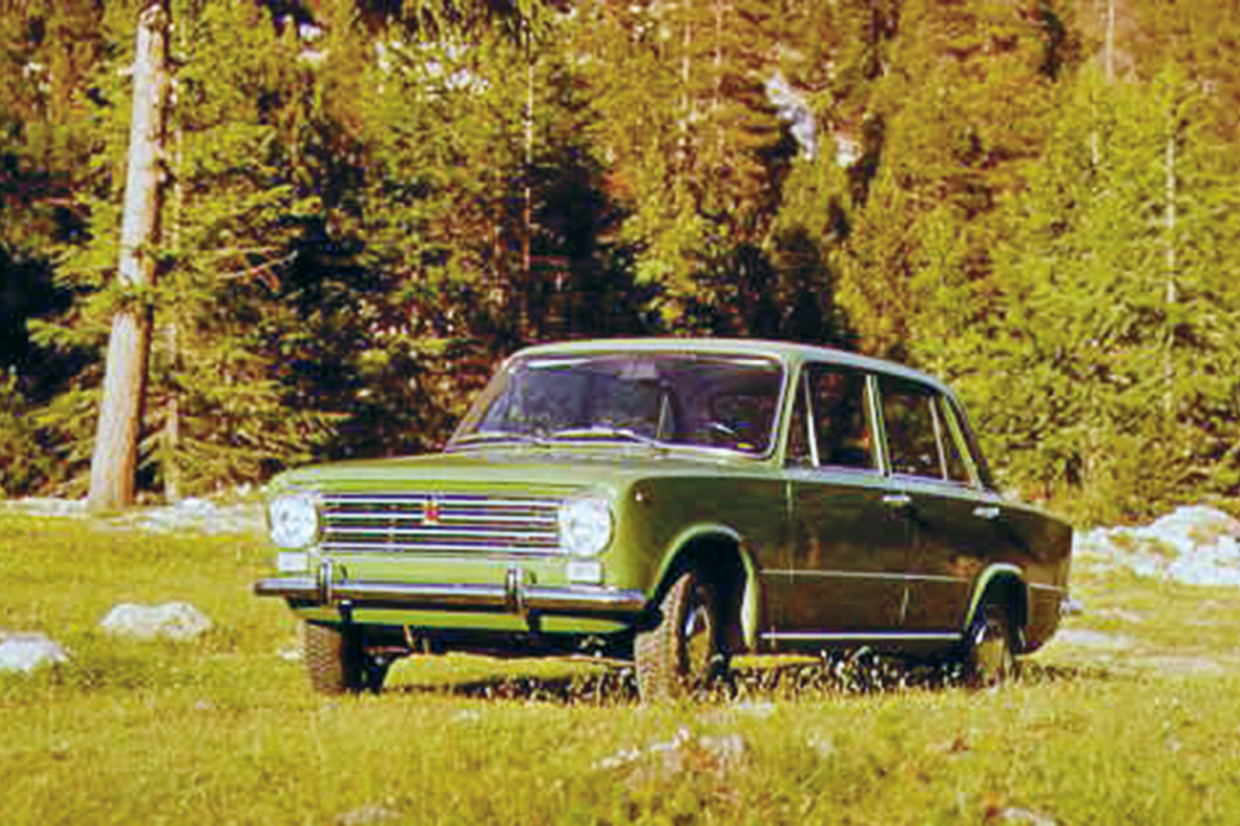 Traditional British middle-class luxury with a frisson of excitement in the 16-valve Sprint. Parts availability good, tendency to rot less so.

Compact and modern-looking, with lively engines, this saloon/estate/coupé range had much to offer, but rusted; survivors are rare.

Prices correct as of November 2018 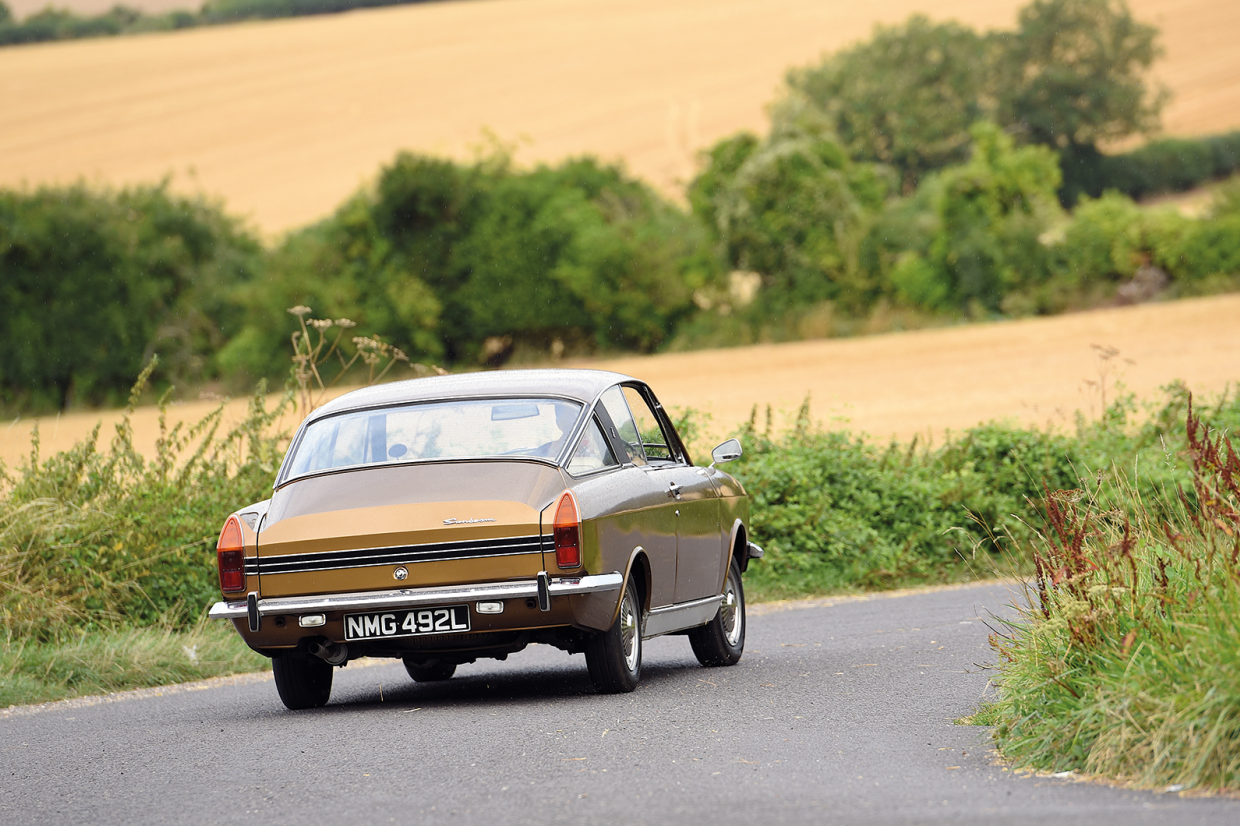 Prices are quite low for these attractive classics, but it’s likely that their rarity will soon have an effect on values, meaning that now could be a good time to buy one of the Arrow range.

Buyers can choose from a wide selection, from simple, practical and durable to comfortable, lively and well-equipped: just don’t buy a rusty car, or one that’s been messed with, or an example whose trim parts are missing or damaged.

Check out our ‘How to’ guides

Celebrating the highs and lows of the fast Ford Fiesta