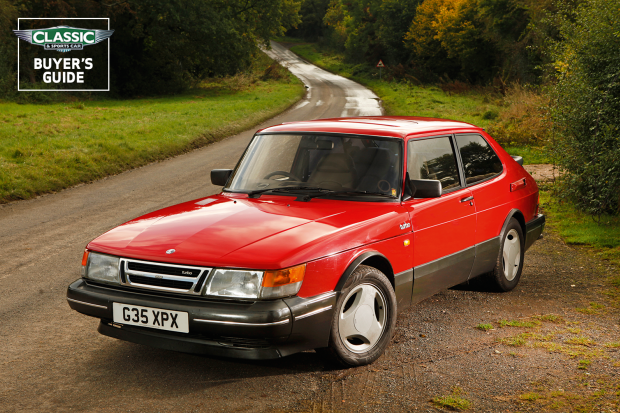 Saab made automotive headlines in the late 1970s with its 99 Turbo, extracting unimagined torque and power from the Triumph Dolomite-derived slant-four.

Incredibly, the firm kept it reliable and long-lived, even with twin overhead camshafts and 185bhp. Where other early turbo vehicles were all about high revs and suffered huge lag, Saab engineered its cars more along the lines of its Scania lorries. Boost came in at lower revs for superb overtaking, without dramatically increasing fuel consumption. That’s provided you used the gearbox – punch below 2000rpm was still not great until the turbo spooled up.

As Motor put it in ’77, ‘between 40 and 100mph (in top), the Saab accelerates faster than just about any four-seater saloon’. But the 99 was already 10 years old: a replacement was vital, so Saab stretched the wheelbase, further improved the front suspension and crash protection, and launched the Saab 900 in ’78.

Testers raved over its quality and integrity, its performance and refinement: by ’83, Saab led the world in turbocharged cars, having sold 100,000.

The elegant Cabriolet was added to the range in 1985, with its rear spoiler around the lip of the fully retractable, double-insulated hood, which featured a unique opening glass rear screen. 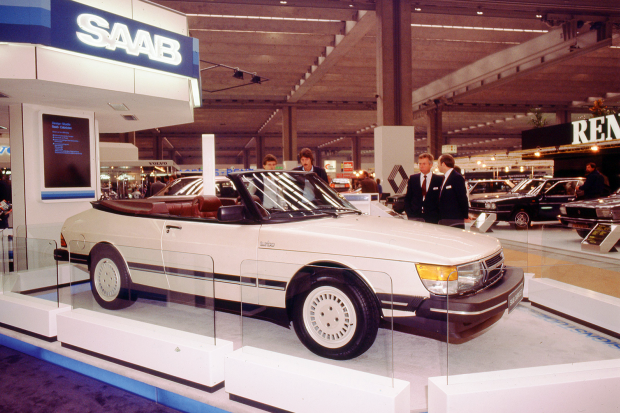 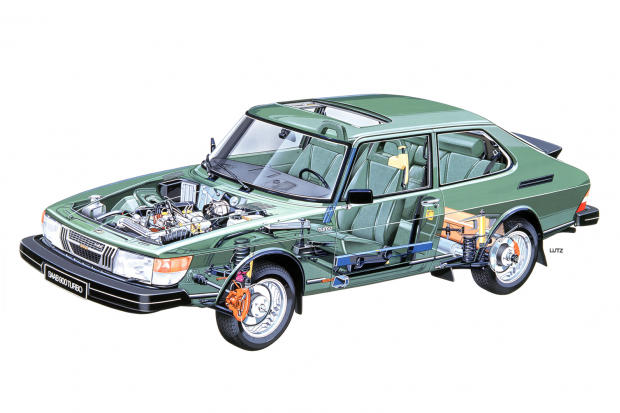 With excellent build quality and engineering thoroughness, it shouldn’t be a scary classic to own or buy, but there are rusty and neglected examples out there and durability is very dependent on good maintenance and driving practice.

There are many variants, in body style and mechanical spec, so it’s worth searching for the one that suits you best: most sought after is the last of the line Ruby. Full-pressure turbos have a boost gauge above the fuel gauge; low-pressure turbos don’t.

Rot is the biggest issue: although the cars were built to withstand Scandinavian winters and last better than most, it is still the main killer.

Check carefully, also for signs of accident damage (wrinkles in chassis legs, poor panel gaps) and for mods that may put excessive strain on other components.

On Cabriolets, run the hood up and down a couple of times to ensure that all is well – the hydraulic-cum-mechanical system rarely gives trouble. 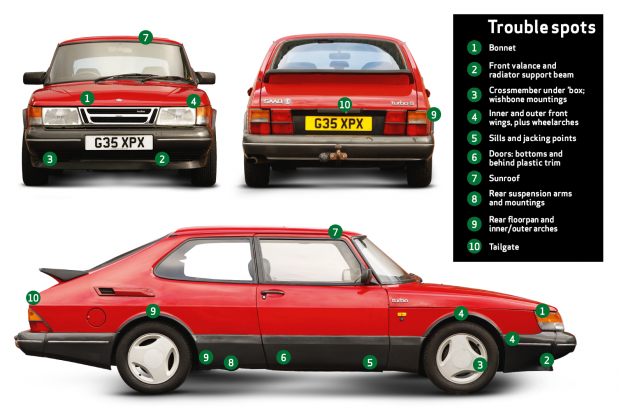 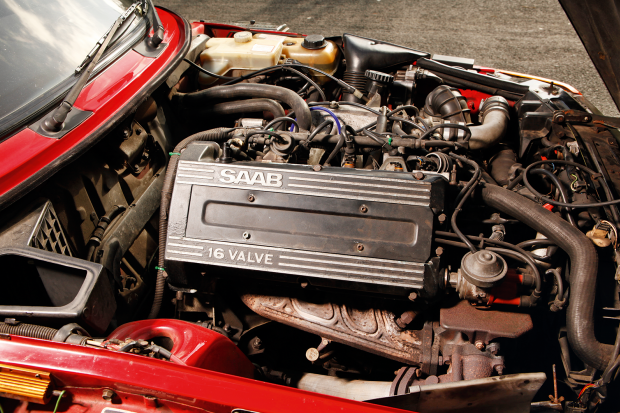 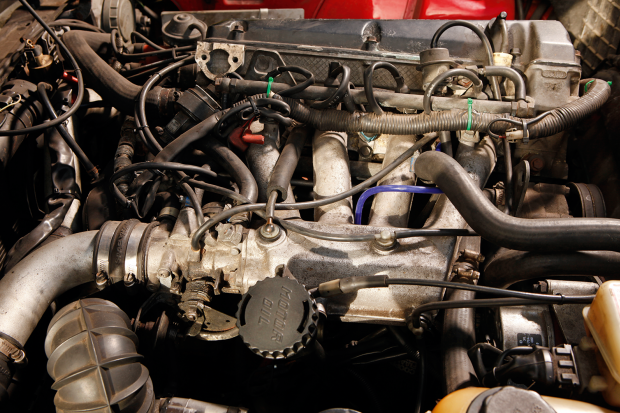 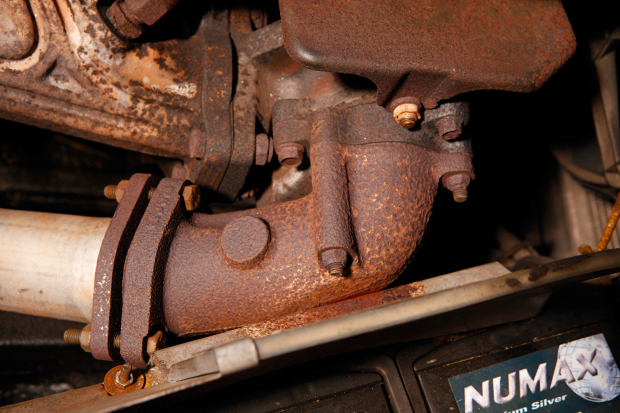 If well maintained, the engine can exceed 400,000 miles without a major overhaul. Look for oil leaks from crank front seal/timing cover and rocker cover, also water-pump leaks. The timing chain should be replaced at about 125,000 miles, in situ on 16v; it’s officially an engine-out job on an 8v, but apparently there are ways…

Turbos can last 200,000 miles: blue exhaust smoke when revved, or rattling, reveals one on the way out. Wastegate can stick shut, overboosting engine. 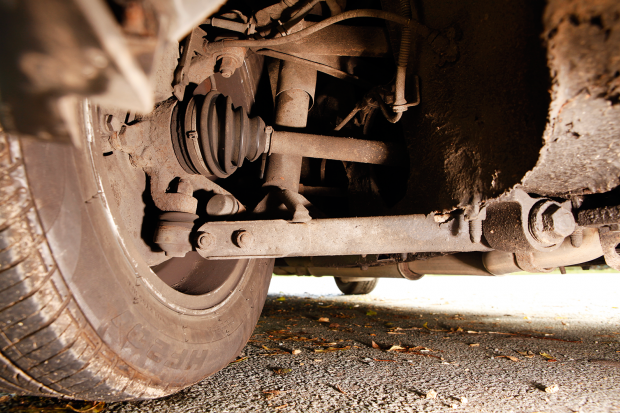 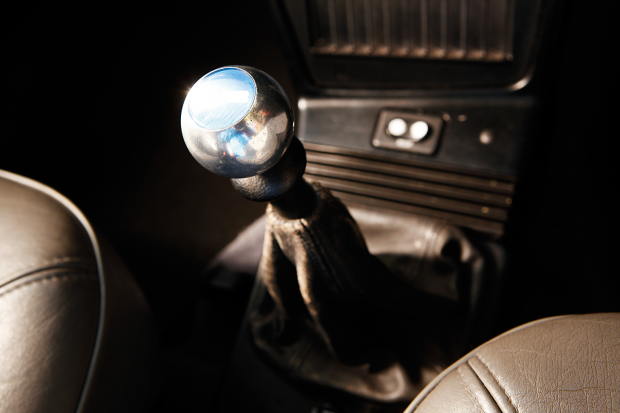 Ensure that driveshaft boots are intact and listen for clicking CV joints; look at bushes, for power steering leaks and corrosion around suspension mounts.

Gearboxes can top 300k miles if used with respect, but can fail much sooner: check for jumping out of gear (notably reverse), rattles and bearing noise. 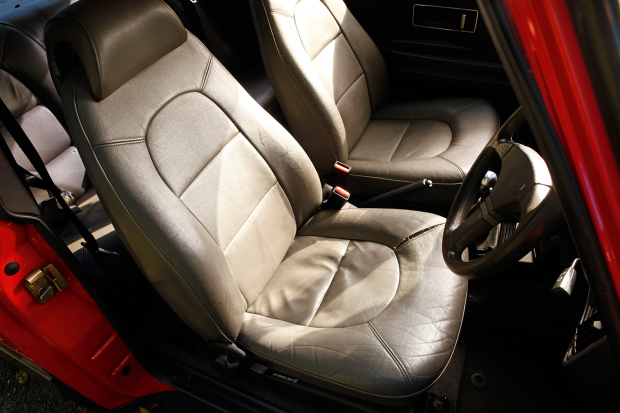 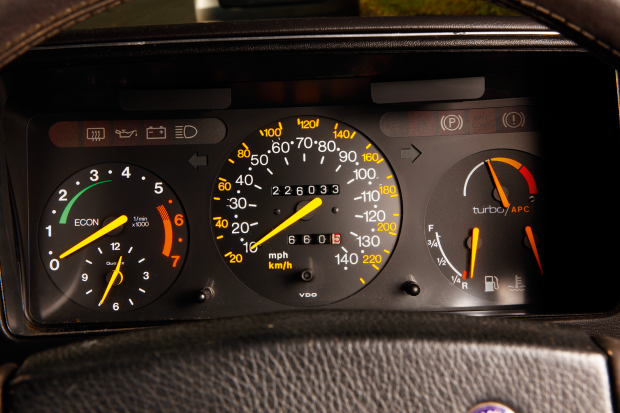 Early seat covers pull apart from ribs and fade. Look for dropping headlining and dash cracks. Hide was a desirable option. Secondhand items can be found. 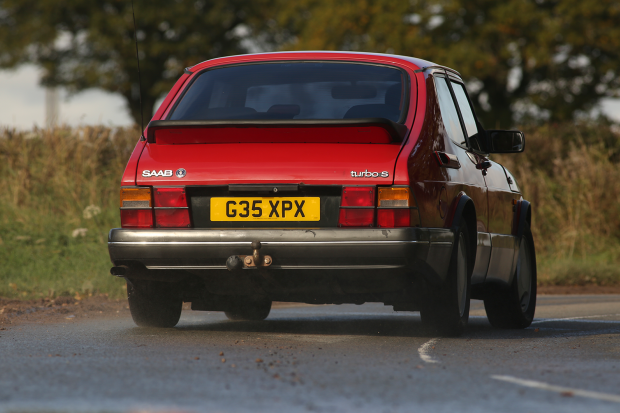 Saab handles well, with strong grip and limited roll, but offers a decent ride on standard set-up; they’re all quick, too

The engine’s idler shaft and drive gear were removed from late 1980, saving 12kg, and a smaller, lighter turbo was fitted. Oil-change intervals went up from 6000 miles to 10,000 on late versions, although many prefer to do it every 3-5000 miles; it blackens quickly due to the turbo’s high operating temperatures.

It is wise, especially on non-intercooled cars, to let the engine tick over before shutting down. Hydraulic tappets, on 16v models, may chatter on start-up from cold, but should soon quieten. Eight-valve tappets are shimmed, and fiddly to set up. If the engine rocks when revved, budget to replace the hydraulic engine mountings quickly before the gear selectors are damaged.

Cooling systems worked hard – battery acid could boil in hot climates due to turbo heat! – so look for head-gasket issues, as well as a corroded rad, plus leaks from it or the water pump. APC engine management on 16v is costly to repair; it monitors and controls induction pressure, allowing 0.85 bar boost on a 9:1 compression engine.

Tuning is popular but more than 200bhp will shorten the life of the whole drivetrain. Gearbox problems mean a costly engine-out repair; new parts are scarce but specialists have used stocks. Auto ’boxes are not cheap to rebuild, either.

Brakes can seize (especially the handbrake, which works on front discs up to 1988 and is a common MoT fail) and corrode; check that they respond well.

There was a wide range of suspension settings and alloys; original Turbo 16S had the firmest set-up, and 195/60 tyres (standard on three-door) are the widest that fit properly.

1982 All Turbos have turbine alloys 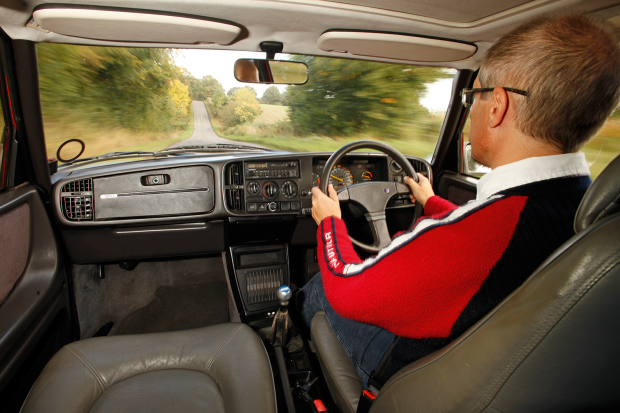 “I bought a four-door 20 years ago,” recalls owner Alwyne Bates, “because we liked the styling. Since then we’ve had more than 40 and I recently bought a Full Pressure Turbo Cabriolet. I bought it unseen as an LPT, so was delighted to see the Turbo badge on the back that meant it was an FPT.

“It was one of the last built, with electric seats, aircon and full leather. The hood didn’t work but it was just low on hydraulic fluid, and there was a water leak that I’ve sorted. It’s done 177,000 miles, which doesn’t bother me, and was great value for £1500. I’m 65 now and hope to still be driving it in 20 years’ time.

“I wouldn’t buy anything else: they’re quiet, comfortable and easy to maintain. I’ve got everything that I need for them and know what to do if anything goes wrong.” 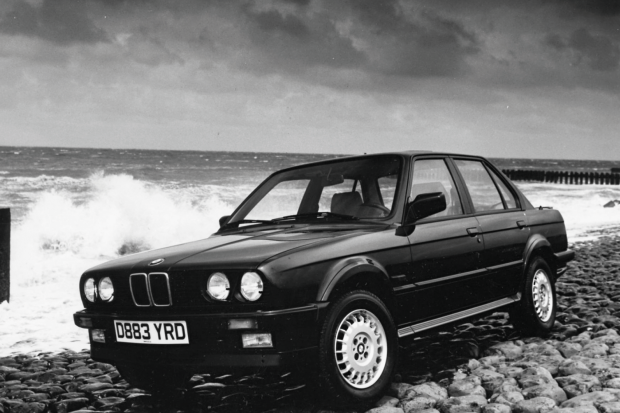 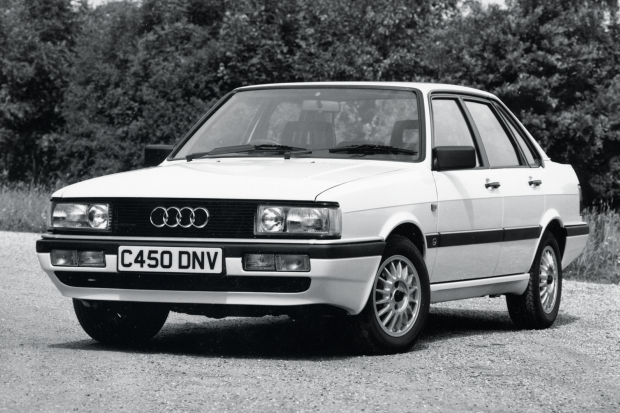 Sharing many parts with Coupé quattro made this an exciting car, with a galvanised shell, 20-valve twin-cam ‘five’ producing 168bhp and 2/4WD. A cherished one could be a bargain. 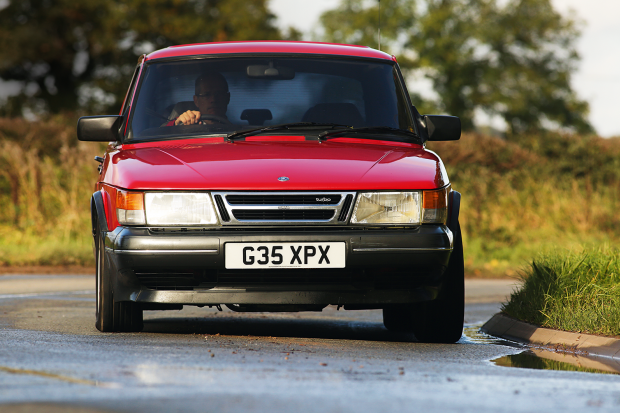 Stunning value because it has survived in good numbers, the Saab 900 Turbo is at a cusp.

Cheap cars are still being driven into the ground (and make a costly classic buy, due to the work involved in correcting that neglect), while properly maintained examples are beginning to be appreciated and rise in value. So it’s time to find a good one and look after it! 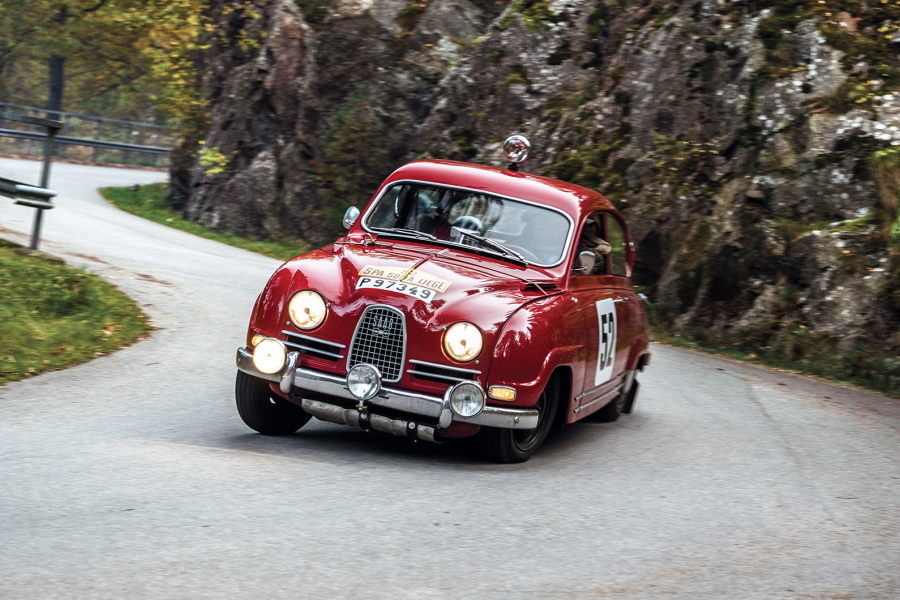 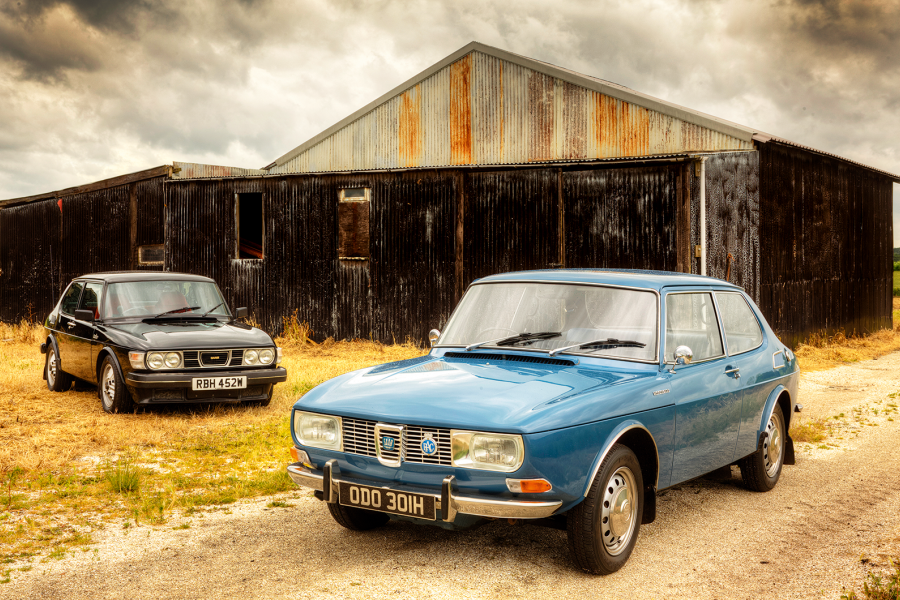