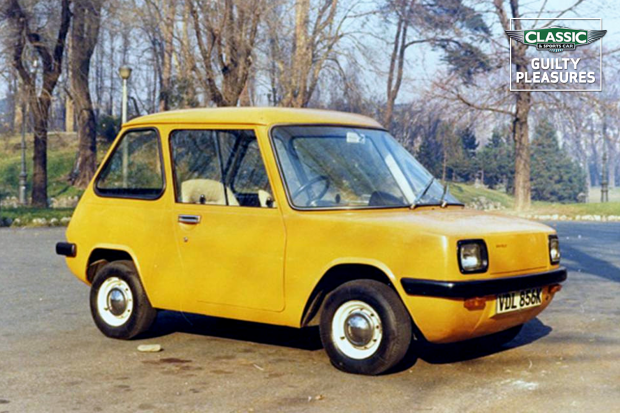 Owning up to a soft spot for the Enfield 8000 might just be the guiltiest pleasure of all.

Styled like an escapee from a Mr. Men story, this painfully slow, two-seater, battery-powered runabout seems only to have the promise of cheap, emissions-free motoring in its favour; po-faced eco warriors might approve but, for the rest of us, the Enfield’s absurd 40-mile range and sub-50mph top speed make it as impractical as it it unromantic.

Look closer, however, and there is an interesting story here. It's the story of a prophetic car built with vaulting ambitions that went beyond the prevailing technology – and at the same time became embroiled in political machinations that meant the tiny 120-unit run was built in two different countries, thousands of miles apart. 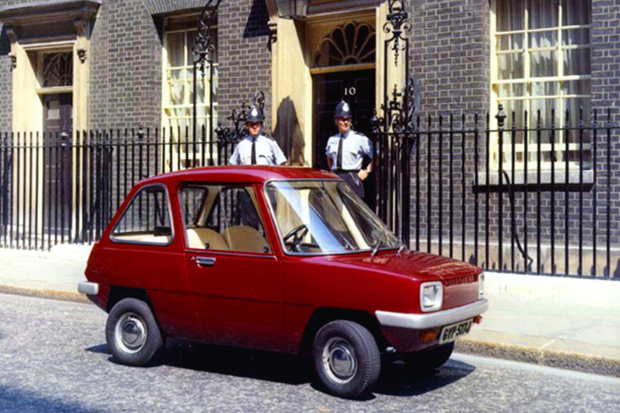 The Enfield was very much a product of its time, in that it confronted the very real possibility, widely held during the 1973/4 fuel crisis, that petrol supplies might simply dry up.

Don’t listen to anybody who tells you that the carefree early '70s were all about flared trousers and bad haircuts: for about 18 months, Jaguars and Jensens – any vehicle perceived as thirsty, in fact – were about as welcome as Maggie Thatcher down the local pit.

Enfield Automotive was a British company owned by the scion of a wealthy Greek shipping family, one Giannis Goulandris. Based on the Isle of Wight, Enfield had already made a speculative bid for the electric city car market with the all-plastic Enfield 465. This dinky 2+2 with sliding doors was the winning entry in a 1966 Electricity Council Competition to build a practical electric city car.

The 8000, designed by Sir John Samuel, emerged four years later as a refinement of the original design using a greater number of off-the-shelf parts. It had an aluminium body styled by Enfield’s chairman and technical director, Konstantine Adraktas, which was allegedly very slippery. Samuel’s tubular chassis used Hillman Imp suspension and a rear axle based on that of a Reliant three-wheeler, while the brakes, wheels and doors came from the Mini; it was quite the magpie. 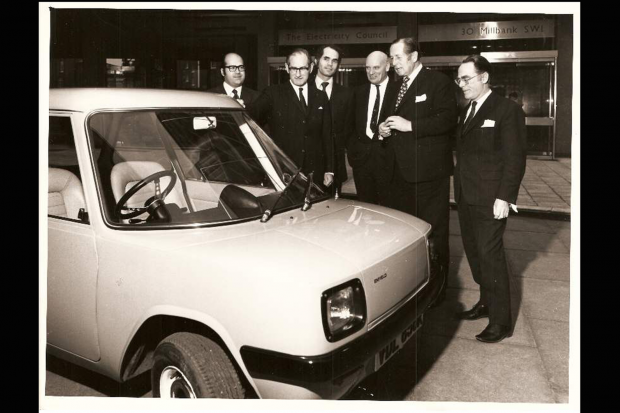 The project enjoyed the continued backing of the Electricity Council. In fact of the 120 Enfields built between 1974 and 1977, more than half – 65, to be exact – were bought by the Electricity Board and used by its meter readers.

On the road, the 8000 was said to be simplicity itself to drive, with no gears (there was a separate switch that just ran the motor backwards for reversing), nifty handling, an amazing turning circle in the FX4 Taxi class and a remarkably cosseting ride. It seems that the sheer weight of the eight lead-acid batteries – four front, four rear – simply smothered bumps into submission. That was the good news.

The bad news was that it was slow: initially, up to 10mph or so, the acceleration felt positively brisk, but it soon tailed away to virtually nothing as the car's 8bhp struggled with the hefty 2100Ib weight. Nor was it especially quiet, the generator humming quite loudly like a milk float – so no chance of sneaking up on pensioners and frightening them.

The question of range always loomed, too, especially given that there was no infrastructure for recharging back then. A six-hour overnight charge might give the claimed 40-mile range but, equally, it could drop to 15 miles in cold weather. 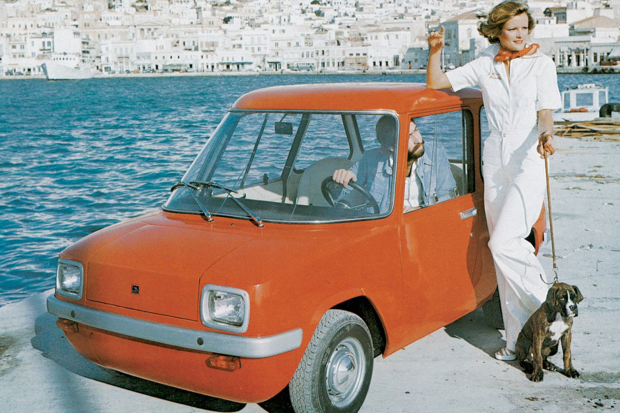 With the public, the Enfield 8000 was an unmitigated flop. For the price of a Rover 2200 here was a tiny utilitarian two-seater with few creature comforts (not even a heater) and that aforementioned goofy cartoon styling that looked either vaguely futuristic or something akin to a government-issue disability vehicle, depending on how favourably disposed you felt towards it.

Goulandris soon moved production to Greece, but there was no market for the car there either, because it didn’t fit into any tax bracket and was deemed illegal. It seems all the 120 cars had their batteries fitted in the Isle of Wight in any event.

Meanwhile, a certain Governor Ronald Reagan was so taken with the Enfield that he offered to subsidise the building of a factory to produce the cars in his clean-air state of California, only to be rebuffed by Goulandris – who, some say, did not want to upset the all-powerful oil companies.

Those days of promise looked a long way off when the Electricity Board cars were sold off in the early '80s. Beyond unfashionable, it seemed then as if the Enfield would sink into obscurity; fuel was relatively cheap and electric vehicles were off the public radar, seemingly for good.

However, the handful of enthusiasts who continued to run their 8000s remained passionate, and must now feel suitably vindicated in their loyalty to this prophetic oddity, given the seismic shift towards electric and hybrid cars in recent years.

I have never driven an Enfield, or even seen one close up but, if I ever do, I will tip my imaginary hat to a brave individualist which the conspiracy theorists claim had even the oil companies worried for a while.