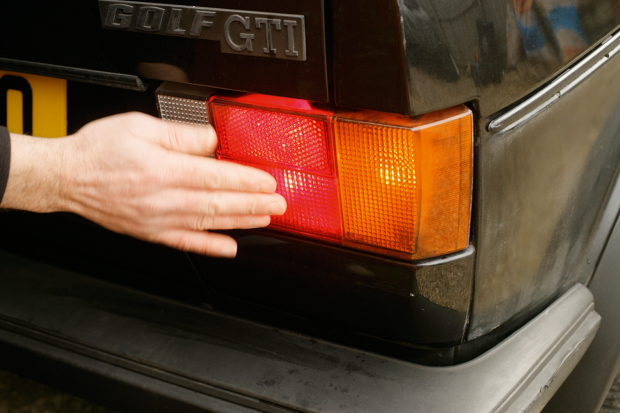 On 20 May 2018, the UK’s MoT laws underwent a major overhaul with significant consequences for classic car owners.

So what happened? And how do the changes affect you?

But don’t worry, we’ve broken it all down for you in this simple guide below. 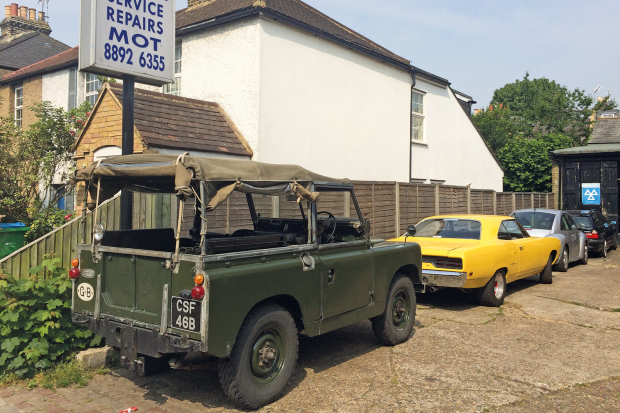 Pre-1978 cars will potentially be MoT exempt from 20 May

1. Classic cars more than 40 years old will no longer need an MoT...

This is the big one for classic car enthusiasts. Whereas before only cars first registered before 1960 were exempt from needing an MoT, the new rules apply to any car first registered more than 40 years ago – with some exceptions, which we’ll go into below.

As always with these things, there are exceptions. Lots of them.

The main one, which created a fair bit of confusion when the changes were first announced, is that the 40-year rule does not apply if the vehicle has been substantially changed in the past 30 years.

There was, obviously, some consternation about this clause – what constitutes ‘substantial change’? – but in late 2017 the government clarified the issue.

You can read the full government guidelines here (warning: they’re long), but in short, the rules state that ‘substantially changed’ refers to the technical characteristics of the main components being altered, where the ‘main components’ are:

- Axles and running gear, specifically alterations of the type/method of suspension or steering

- Engine changes, although merely changing the cubic capacities of the same basic engine should be fine

3. There are loads of exceptions to the exceptions

To further complicate matters, the ‘substantial changes’ rules are themselves subject to lots of sub-clauses. For instance, they won’t apply if:

- changes were made to axles and running gear in order to improve efficiency, safety or environmental performance 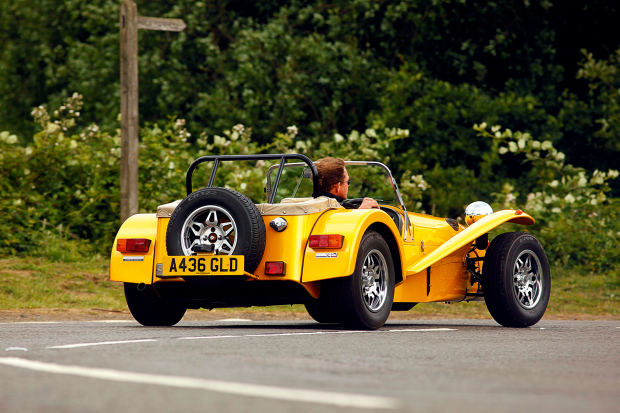 Kit cars may not be exempt from MoT testing

4. Certain other types of vehicle are not exempt, even if they haven’t been substantially changed

There are several of these, but the most common will be commercial vehicles, with the rules stating that “large goods vehicles (i.e. goods vehicles with a maximum laden weight of more than 3.5 tonnes) and buses (i.e. vehicles with 8 or more seats) that are used commercially will not be exempted from periodic testing at 40 years”.

Vehicles that are still in production are not exempt, either – though we’re struggling to think of many models that have been in production for more than 40 years anyway.

Cars (and motorbikes) with a Q registration will also still need to be tested, as will kit cars assembled from different makes and models, or kit conversions that add new parts to old, and ‘reconstructed classic vehicles’ as defined by the DVLA.

However in each of these four cases, if your vehicle is taxed as a historic vehicle and hasn’t been substantially modified in the past 30 years, it can still be considered to be a Vehicle of Historic Interest (VHI). 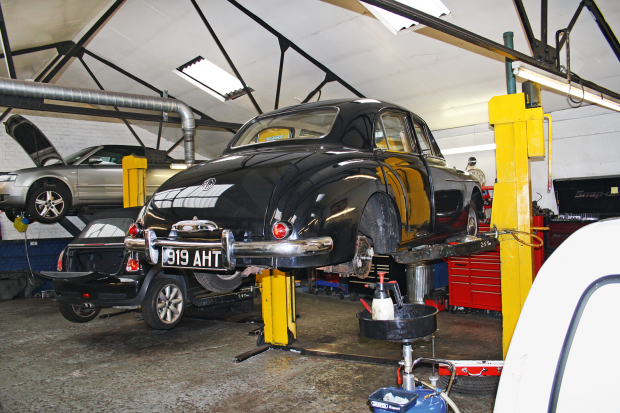 5. Classic cars which didn’t need to be MoT tested before may now need to be

Oddly, given that so many more cars now won’t need to be tested (estimates put the figure at 293,000 more exemptions), there are some older cars that now fall foul of the regs.

Until the 20 May 2018 changes, most cars first registered before 1960 were exempt from the MoT laws. Now, the ‘substantially changed’ rules apply. So if you own a 1959 XK150 that’s got a different engine in, you’ll now need an MoT to be able to drive it on public roads.

6. Even if you don’t need an MoT, you will still need to keep the car in good nick

This one’s obvious, but the rules clearly state that you are still obligated to “keep the vehicle in a roadworthy condition”.

They also suggest they you can voluntarily get the car tested, and that’s certainly something we’d advise unless you really know what you’re doing. 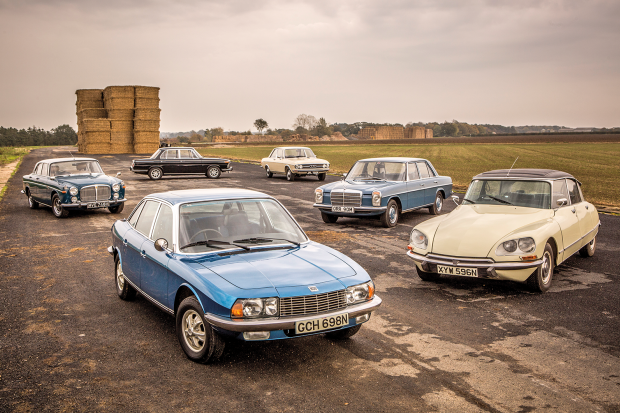 How could these '70s saloons be anything other than of historical interest?

7. To get exemption from the MoT you’ll need to register as a Vehicle of Historic Interest (VHI)

When taxing your car, you’ll need to declare that it is exempt from the MoT process, and confirm that it has not been substantially changed in the past 30 years.

You’ll also need to have registered it as a VHI – which you can do at a Post Office by completing a V112 declaration form.

If it’s not registered as a VHI or has been substantially changed, you’ll still need an MoT to keep driving it.

8. Not everyone is a fan of the new rules

So why did these changes happen? Well, it’s ultimately down to the Department for Transport, who say that historic vehicles are generally well maintained and used mostly for short journeys, and that the modern MoT is no longer relevant to cars over 40 years old.

But clearly, many people in the classic car world don’t agree. The DfT consulted with 2141 individuals, clubs, trade bodies and businesses before making its decision, and of those just 899 were in favour of extending the exemptions, with 1130 opposed.

Many of those questioned cited safety concerns, although the option will remain for owners of more-than-40-year-old classics to voluntarily submit their vehicles for an MoT. It’s worth noting, though, that just 6% of owners of pre-1960 vehicles – those previously exempt from the test – still underwent testing before the new rules came in.

The Federation of British Historic Vehicle Clubs (FBHVC) was heavily involved in the consultation process – you can read some thoughts from them on the issue here. 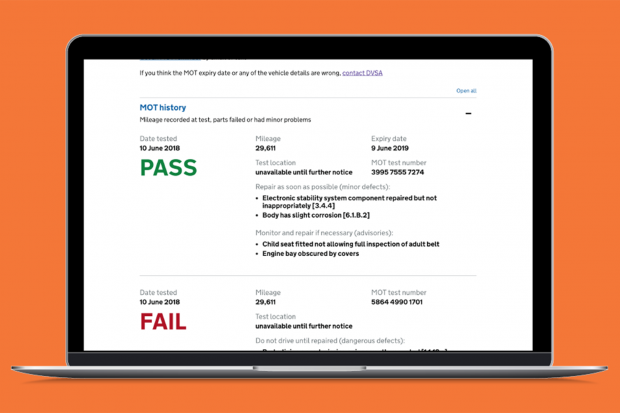 9. Plenty of other MoT changes came into effect last year

This was one of the biggest overhauls of the MoT process for years, with changes that affected every car on the road. The exemptions for classic cars were among the biggest differences from the previous regulations, but every driver, however old their vehicle, should be aware of the new rules.

10. Most of the changes are to comply with EU laws

Regardless of where you stand on the whole Brexit thing, it’s a fact that right now the UK remains part of the EU – and that means we have to comply with EU Directive 2014/45, which came into force on 20 May 2018.

Not only could the government receive substantial fines for failing to comply, but drivers without an EU-compliant MOT might not be allowed into other EU countries.

All that said, the change that we’re mostly concerned with here – that which affects classic cars – is purely a UK government decision.

If you own a less-than-40-year-old classic, or have substantially changed your vehicle in the past 30 years, you’ll need to get to grips with the new test.

The main change is that MoT testers will use a new system of recording faults, with all defects categorised as either Dangerous, Major, or Minor.

A Dangerous or Major defect will mean that the car can not be driven until it’s repaired, whereas a Minor one should be repaired but can be driven in the meantime, and won’t result in a fail. Testers can also still give Advisories if they choose.

The results will also now be presented in new, simplified forms. 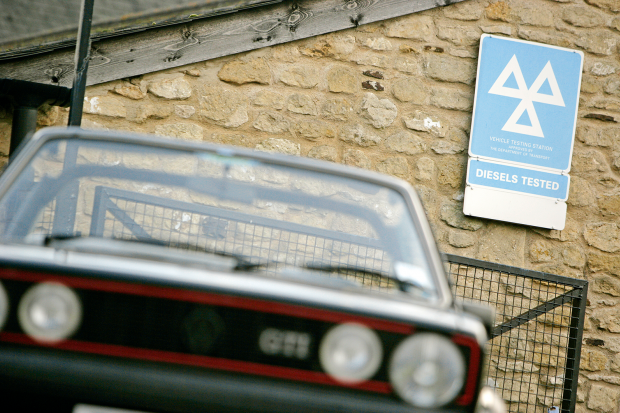 12. Diesel cars will find it tougher to pass

The war on diesel isn’t going to end any time soon, and the new rules state that you’ll get an instant Major fault and a fail if there’s any smoke coming from the exhaust at all. You’ll also get a fail if there’s any evidence that the diesel particulate filter (DPF) has been tampered with.

Emission levels will be tested against the manufacturer’s plate value, and if there isn’t one then the tester will use a new – and lower – default limit.

13. You should probably read the full government guidelines

We’ve tried to cover everything here, but as we’ve said there's a lot of info and many, many exceptions and clauses. So we suggest you check out the government’s full guide to the changes if you think they’re going to affect you.

Overview of MoT changes from May 2018