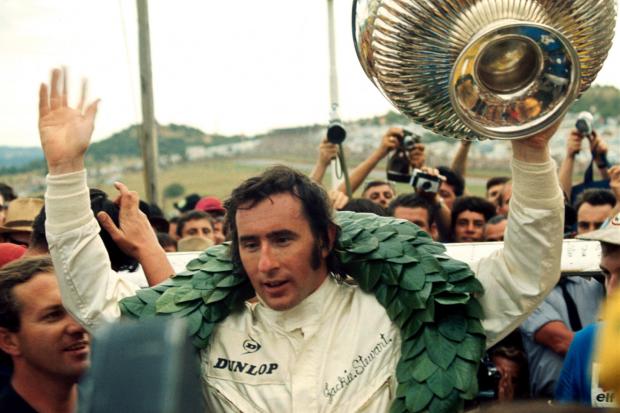 On his 21st birthday – 11 June 1960 – Jackie Stewart took part in a competition that, it was hoped, would confirm his spot in that summer’s Olympic Games.

Instead, he stumbled in the third of four rounds that day, and came up agonisingly short. He’d won the English, Irish, Scottish and Welsh Championships, and finished sixth in the World Championships, but by 1962 he’d given up shooting and, against his mother’s wishes, followed his older brother Jimmy into motorsport. 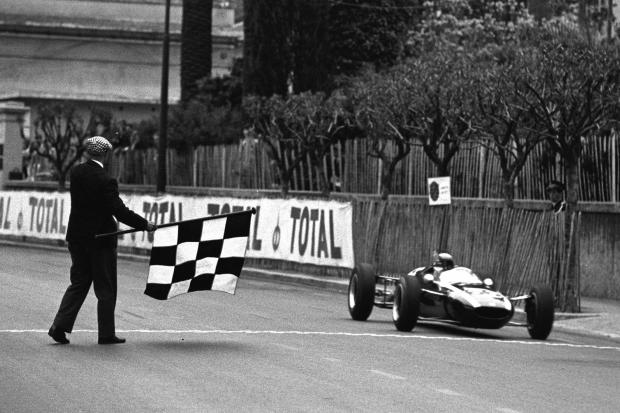 Three world championships and 27 Grand Prix victories later, you’d have to say that it worked out pretty well for the man from Dumbarton.

As he turns 80, the legendary Scot remains an astute observer of Formula One, a welcome face in paddocks all around the world, and a man who has done it all – both as a driver and as a team owner.

His was a meteoric rise. A little more than five years after that Olympic disappointment, Stewart was a Grand Prix winner, taking his BRM to victory at Monza.

In the meantime, he’d served a busy apprenticeship with the likes of Ecurie Ecosse and Ken Tyrrell, driving for the latter in Formula Three during 1964. 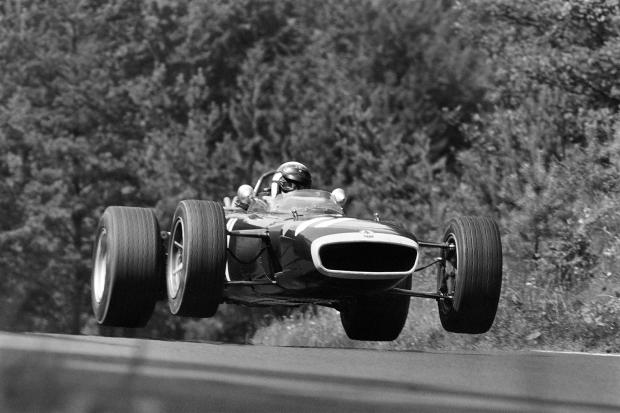 Stewart in the BRM P83 at the Nüburgring for the 1967 German Grand Prix, from which he retired

He and Tyrrell made a formidable partnership. At the end of 1967, it was clear to Stewart that his future did not lie with BRM, and Tyrrell suggested setting up a Formula One team using Matra chassis and Cosworth DFV engines.

Stewart trusted him enough to jump ship and, operating from a wood shed in Ockham in deepest Surrey, they would go on to one championship with Matra and two in Tyrrells after Ken became a manufacturer in his own right.

It was, however, a perilous time to be a racing driver, and Stewart grew frustrated and angry with the fact that people were being killed in accidents that, in many cases, were either avoidable or should have been survivable.

If Professor Sid Watkins was the man who truly revolutionised safety in Formula One, it was Stewart who laid the foundations.

During the 1960s and ’70s, medical back-up wasn’t just negligible, it was farcical, and there was no better demonstration of that than the accident that led to his campaign. 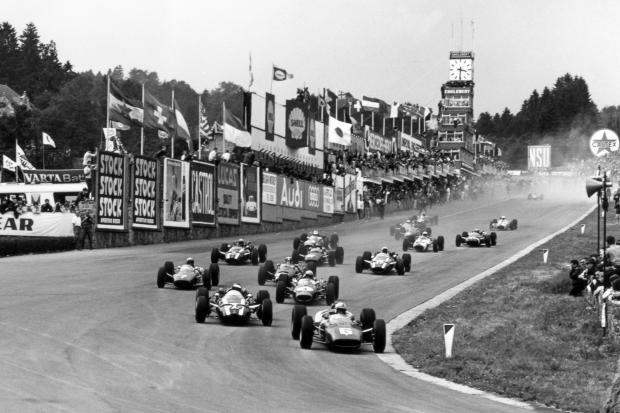 It was dry on leaving the grid at Spa in ’66

At the 1966 Belgian Grand Prix, drivers left the grid on a dry track, but as they streaked down towards the Masta Straight they drove into a rainstorm and Stewart was one of many to aquaplane off the road.

He hit a hut and a telegraph pole before finishing near a farmhouse well below the level of the circuit.

His BRM team-mate Graham Hill had also spun, fortunately without hitting anything, and as he prepared to rejoin he glanced down and saw Stewart.

Hill immediately went to his friend’s aid, and was soon joined by Bob Bondurant – another driver to have gone off. There were no marshals around, and Stewart was trapped in the very bent car by its steering wheel. Hill went in search of a spanner with which to remove the wheel, and ended up borrowing one from a spectator.

He and Bondurant got Stewart out and laid him in a nearby barn, removing his overalls because they were soaked in fuel.

Eventually, Stewart was taken to what passed for a medical facility, where he was left on a stretcher on the floor among scattered cigarette butts. An ambulance was arranged to take him to hospital in Liége, but en route it became separated from the police escort, and then got lost… 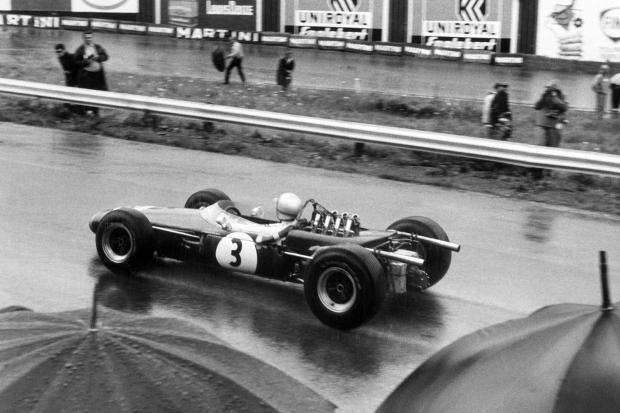 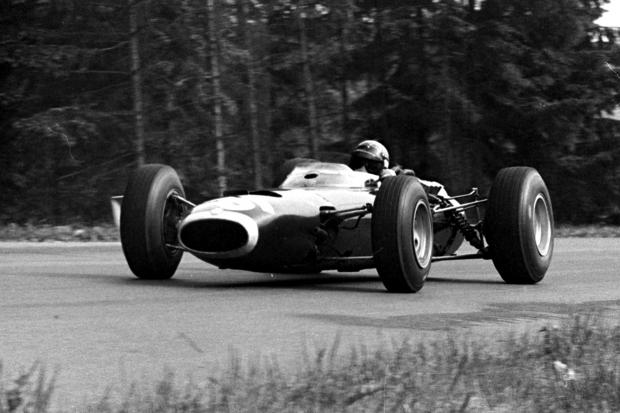 The whole charade was typical of 1960s Grand Prix racing, and Stewart was appalled by it.

He later arranged for a personal doctor to travel with him and embarked on a crusade to improve circuit safety. For his efforts, he was widely mocked by die-hard elements of the specialist press and made himself hugely unpopular with race organisers and circuit owners.

But Stewart continued to rail against the unnecessary dangers that they were facing, the unwillingness to put in place even the most basic safety measures.

Although he had the backing of other senior drivers, he alone was the driving force and the target for criticism and abuse. Nonetheless, he stood firm.

Those who wrote indignant letters to magazines accusing Stewart of ‘timidity’ and suggesting that he retire to Switzerland and leave motor racing ‘to the men’ – and yes, both of those are genuine extracts – were guilty of seriously misjudging both his character and his ability.

Even his most vehement critics had to concede that his was a very special talent, and after the loss of Jim Clark in 1968, Stewart became the sport’s acknowledged benchmark. 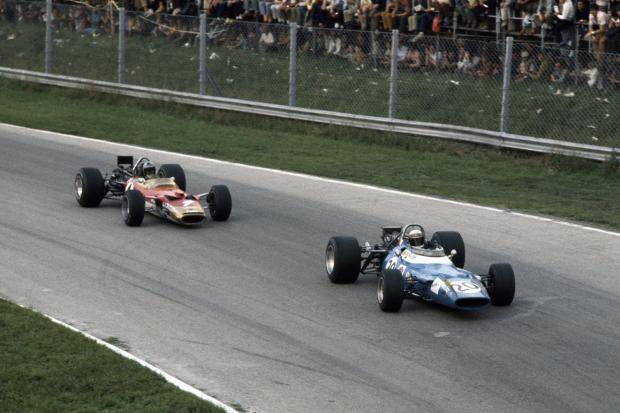 Among his 99 Grand Prix starts are a number of performances that have passed into legend.

In 1967 – 12 months after his dreadful accident – he finished second at Spa despite having to hold his BRM in gear for much of the race.

The following year, he won the German Grand Prix at the Nürburgring by more than four minutes. In rain and fog. With a broken bone in his wrist.

In 1969, he memorably duelled with Jochen Rindt at both Silverstone and Monza, securing his first title at the latter by crossing the line 0.08 secs ahead of his good friend.

Jean-Pierre Beltoise was 0.09 secs behind Rindt in third, and a further 0.02 secs behind him was Bruce McLaren. Such was often the way at pre-chicane Monza. 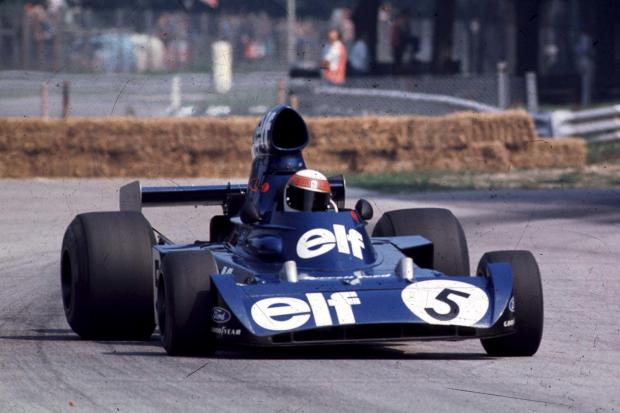 Stewart has always considered his best drive to have been the one that clinched his third and final title in 1973, again at the Italian Grand Prix.

On the seventh lap, he suffered a puncture and dropped to the back of the field. For a while after he rejoined, he was so far behind everyone else that the Tyrrell pit hung out boards saying ‘+10 seconds Ascari’ or ‘-20 seconds Fangio’.

But Stewart was flying, and soon they started giving him the gap to sixth place – where the championship points began. He broke the lap record again and again, and eventually came through the field to finish fourth.

The reason he rated that drive so highly was that he considered Monza to be a relatively easy circuit, one at which it was far more difficult for the driver to make a difference.

Always a cerebral racer, he was proud of the fact that his chase had required him to be clean and clinical in his lines, and to not scrub off speed by over-driving the car. 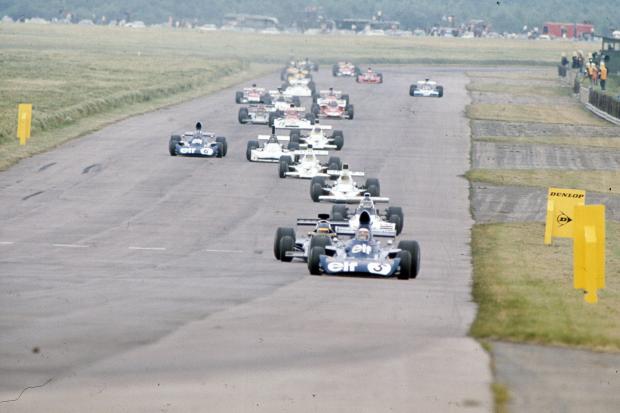 My favourite image of him comes from that final year, from the aborted first start at the British Grand Prix at Silverstone.

Starting fifth, he’d already moved up to second by Copse, and at Becketts he outbraked Ronnie Peterson’s Lotus to take the lead.

He’d pulled out a slight gap by the time they arrived at Woodcote, at that time one of the great corners in motor racing, and Stewart went through absolutely on the ragged edge, constantly catching the Tyrrell as it moved about on the bumps at more than 150mph.

Like Ayrton Senna at Donington in 1993, in those opening stages he was moving at a completely different rate to his rivals – a sign not only of a great talent, but also of supreme confidence. 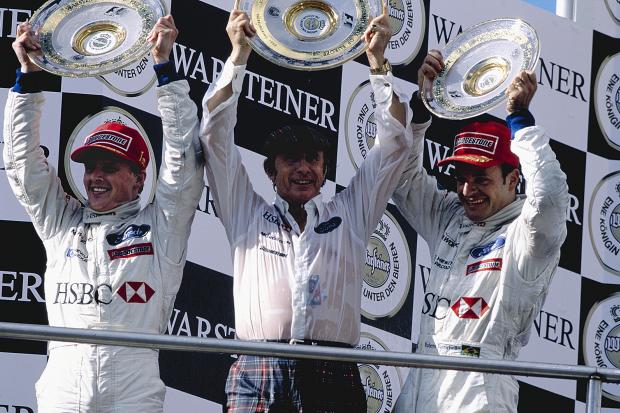 After his retirement at the end of 1973, Stewart remained closely associated with the sport.

In the 1990s, he and son Paul set up Stewart Grand Prix and it was exactly what you’d expect – well funded, professionally run and successful.

In the team’s first season, Rubens Barrichello finished second at Monaco. By its third and final year, it was a winner – Johnny Herbert taking victory at the Nürburgring.

After that, Ford bought it out, rebranded it Jaguar, and embarked on a calamitous few years before it was sold to Red Bull. 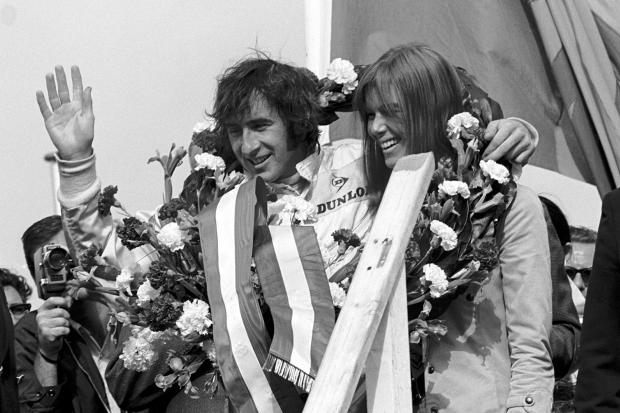 Helen and Jackie celebrate his Dutch Grand Prix win in 1969 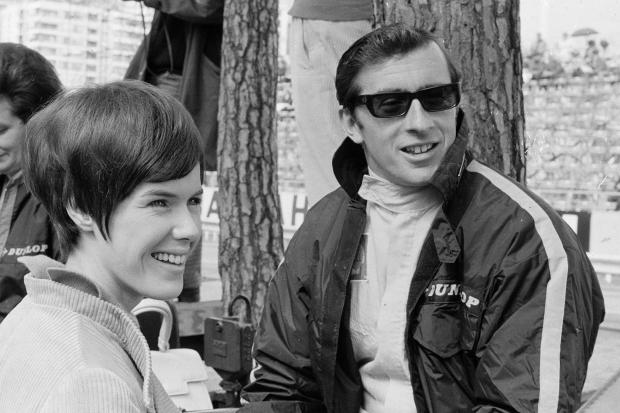 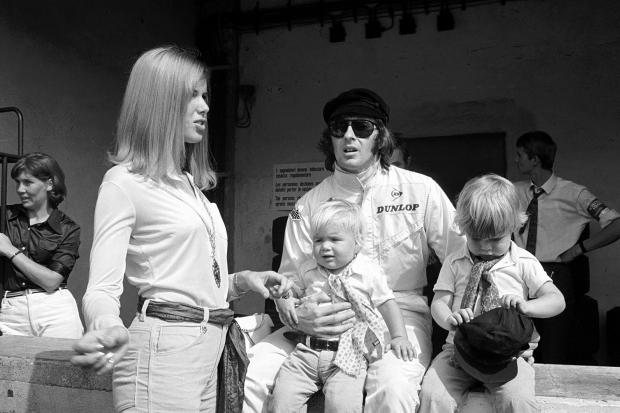 One constant throughout Stewart’s hectic life has been his wife Helen. They met when he was 18 and she was 16 – she was from nearby Helensburgh – and they’ve been married since 1962.

To be the wife of a racing driver at that time was to run the very real risk of becoming a widow.

As well as going through the stress of watching Jackie race, far too often Helen found herself having to comfort friends – such as Nina Rindt and Sally Courage – who’d just lost their husbands.

When Jackie told her that he was retiring, she tearfully replied: “Now we can grow old together.”

In 2014, Helen was diagnosed with dementia, and Jackie has set up the Race Against Dementia charity with the intention of funding research into the disease.

Even in a career as celebrated as his, one that has secured his place among the greatest drivers of all time, you sense that this is without question his greatest challenge yet – the race he’d most dearly love to win.