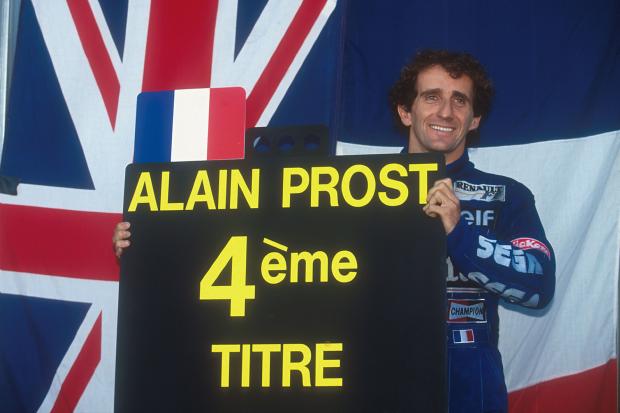 Spend a few minutes online and you’ll find many onboard videos of Ayrton Senna. The ferocity of his technique, particularly while on a qualifying lap, is mesmerising. The characteristic jabbing of the throttle in corners, the other-worldly commitment – it all makes for compulsive viewing.

Take Jerez in 1990, for example. Senna claimed pole position, but alongside him on the front row was his great rival Alain Prost, and onboard footage of the Frenchman’s qualifying lap exists.

The contrast is extreme. Jackie Stewart has always said that you shouldn’t get on the throttle in a corner until you know you won’t have to come off it again, and Prost’s lap exemplifies that.

The Ferrari is never off line, never unsettled, and there’s a sense of flow, of momentum, that belies the fact that Prost’s lap was 0.3 secs faster than teammate Nigel Mansell. No-one has ever made driving a racing car look easier than Prost. 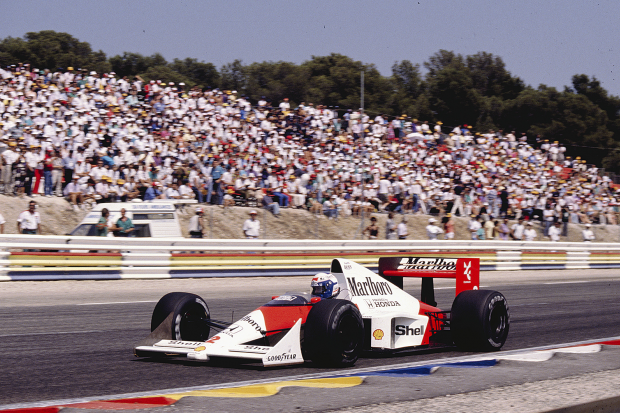 One year at Spa, McLaren race engineer Steve Nichols decided to wander down to the bottom of the hill at Eau Rouge during a qualifying session. He got right up to the barriers and found himself catching his breath as Mansell and Senna came through.

Then Prost came past slowly, not once but three times. Nichols returned to the pits to find out what was wrong, only to discover that his driver was on pole position. Prost’s three passes had been an out lap, flyer and in lap – and Nichols could discern no difference between them.

On another occasion, Nigel Roebuck and Denis Jenkinson watched a Monaco practice session from trackside and concluded when it was over that Michele Alboreto was probably quickest.

When the announcement came over the PA system that, in fact, Prost had topped the timesheets, the two great writers looked at each other and admitted that they’d barely even registered his presence. 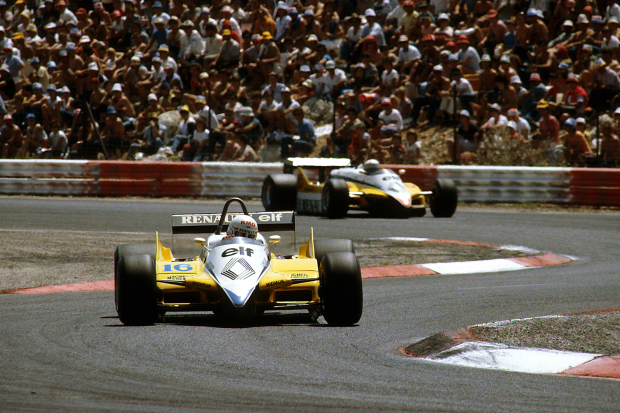 Prost himself admitted that he wasn’t the most spectacular driver to watch, and Mansell once disdainfully described him as a “chauffeur” who preferred the car to do all the work. The remark amused Prost, who replied that surely that was the idea…

The little Frenchman had arrived in Formula One in 1980 as the reigning European Formula Three champion. That year, he dragged four points finishes out of a recalcitrant McLaren and generally outpaced experienced teammate John Watson.

The season was not a happy one, and for 1981 he switched to Renault, ostensibly as number two to René Arnoux in an all-French line-up. Again he was the faster driver, winning three races while Arnoux could muster only a single podium finish.

At the 1982 French Grand Prix, Arnoux decided against honouring a pre-race promise to play a supporting role. Instead, he took victory on home soil and was fêted by Renault and the Gallic press alike, leaving Prost feeling thoroughly disenchanted with his lot.

Despite his success with the French team, Prost never felt at home there, and was sacked following the 1983 season – one in which he’d come within an ace of securing his first World Championship. 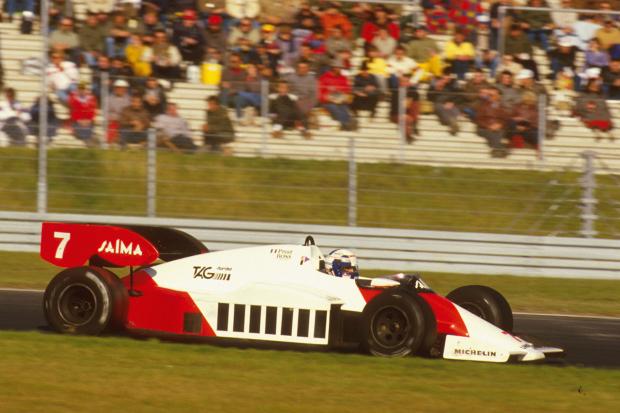 Prost at the Nürburgring in 1984, en route to victory in the European Grand Prix

Everything clicked into place when he rejoined McLaren for 1984. By then, the team was very different to the one he’d previously known.

Ron Dennis and John Barnard were in charge, Porsche was on board as engine supplier, and alongside Prost was Niki Lauda. Between them, they won 12 of the 16 races that year, the wily Austrian pipping his friend and rival to the title by half a point.

In 1985, Prost assumed the mantle of team leader and won the first of his four World Championships – the most impressive of which was probably 1986. Not since Jack Brabham in 1959-’60 had someone won it in consecutive years, and Prost managed it in a car that was no match for the powerful Williams-Hondas of Mansell and Nelson Piquet.

Only once that year was Prost on pole position, but by the time everyone arrived in Adelaide for the decider, he’d won three times and was still in contention for the title thanks to a superb second place at the previous round in Mexico.

On an abrasive surface and with the Porsche V6 running on only five cylinders, he’d nursed the McLaren through on two sets of tyres. Piquet and Mansell needed three and four sets respectively, and finished behind the Frenchman. All three went to Australia with a shot at the title, but with Mansell as the heavy favourite.

For once, the showdown lived up to its billing. While running second to teammate Keke Rosberg on lap 32, Prost picked up a puncture and dropped to a distant fourth, at which point he started to reel off a series of record laps as he took up the chase.

With 19 laps to go, Rosberg retired, promoting Piquet into the lead. Prost was back up into second but Mansell was still in the third place he needed – until his right-rear tyre famously exploded at 190mph on the main straight.

Williams wisely bought Piquet in for fresh rubber, handing Prost the lead, but his earlier charge had ruined his fuel calculations. The McLaren’s readout was predicting that he’d run dry before the flag, and for his last few laps – with Piquet now running at ten-tenths behind him – he was all but coasting.

Somehow the car kept going, though, and he crossed the line only four seconds ahead of Piquet. Against all the odds, Prost had taken his second title. 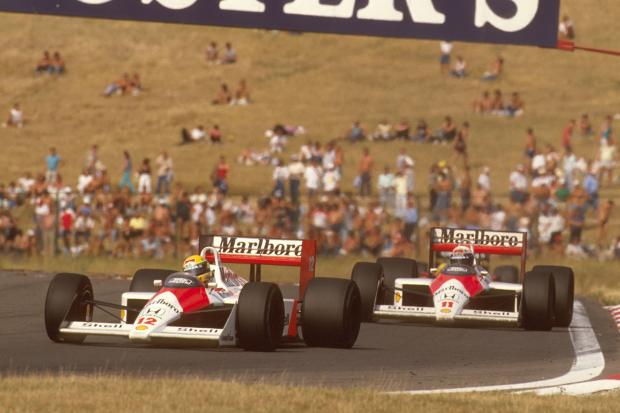 Two years later, McLaren assembled the dream team of Prost and Senna, plus Honda engines in the brilliant MP4/4. Only once during 1988 were they beaten and Senna ended the year as champion.

Much has been written about the rivalry between the two men, which reached an intensity unlike anything before or since, and which would define Formula One until Prost’s retirement at the end of 1993. Without doubt they were the best of their era, and both stand among the greatest of all time, but as drivers they were very different.

Senna had a greater willingness to push himself to, and sometimes beyond, the limit, particularly during qualifying. He also had a level of commitment in truly poor conditions that Prost wasn’t prepared to match. A damp track was one thing, but he considered it foolhardy to race when visibility was near zero.

It was an understandable attitude. During a wet practice session for the 1982 German Grand Prix, Prost had been hit by an unsighted Didier Pironi, whose Ferrari was launched over the Renault. Pironi suffered career-ending leg injuries, and Prost never forgot the gruesome aftermath of the accident.

But in turn, Senna pulled stunts that Prost wouldn’t even have considered. At the 1988 Portuguese Grand Prix, as Prost went to overtake his teammate, Senna edged him towards the pit wall – close enough for engineers to hurriedly pull back their signalling boards. It was a moment that made everyone hold their breath, and Prost was deeply unimpressed.

Their relationship, always uneasy at best, truly unravelled during 1989, after which a disillusioned Prost left to join Ferrari. They again battled for the title in 1990, Senna that time coming out on top after driving Prost off the road at Suzuka. Twelve months earlier at the same venue, Prost had become champion following a much lower-speed clash between the two.

Both incidents were black marks in seasons that had otherwise offered the rare spectacle of two greats going head to head at the height of their powers. Prost took a year’s sabbatical after a disappointing season in 1991, and returned in ’93 to claim his fourth title with Williams. He then retired with what was, at the time, a record 51 victories to his name. 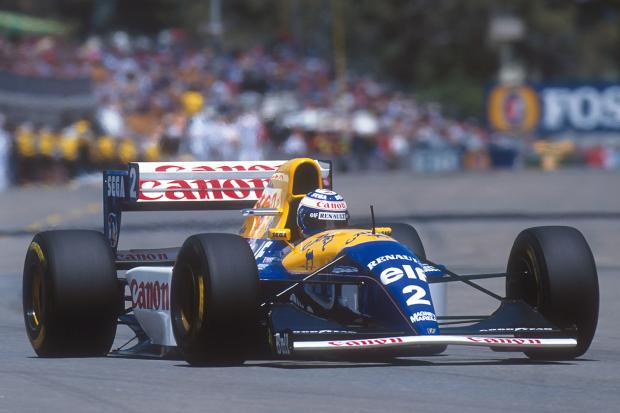 In 1993, Prost took second at Adelaide, his final grand prix

For some reason, Prost remains curiously underrated. Perhaps it’s a result of that smooth style. Greater emotion tends to be generated by those with a penchant for the spectacular – Senna, or Jochen Rindt, or Gilles Villeneuve.

Perhaps it’s simply because his career is inextricably linked to that of Senna, that he’s destined to be overshadowed by a driver who inspired a more devoted fanbase with his unique combination of charisma, blinding speed and unforgiving ruthlessness.

Yet consider this: during their two seasons as teammates at McLaren, Senna may have won 14 races to Prost’s 11, but the latter actually scored more points in both 1988 and ’89. Senna won the ’88 title only thanks to the scoring system using a driver’s best 11 results from the 16 races – a quirk that was dropped thereafter.

Over the course of his long career, Prost had the upper hand over teammates who included fellow world champions Niki Lauda, Keke Rosberg and Nigel Mansell. The fact that he and Senna were able to separate themselves during an era packed with such talent says everything you need to know – about both of them.