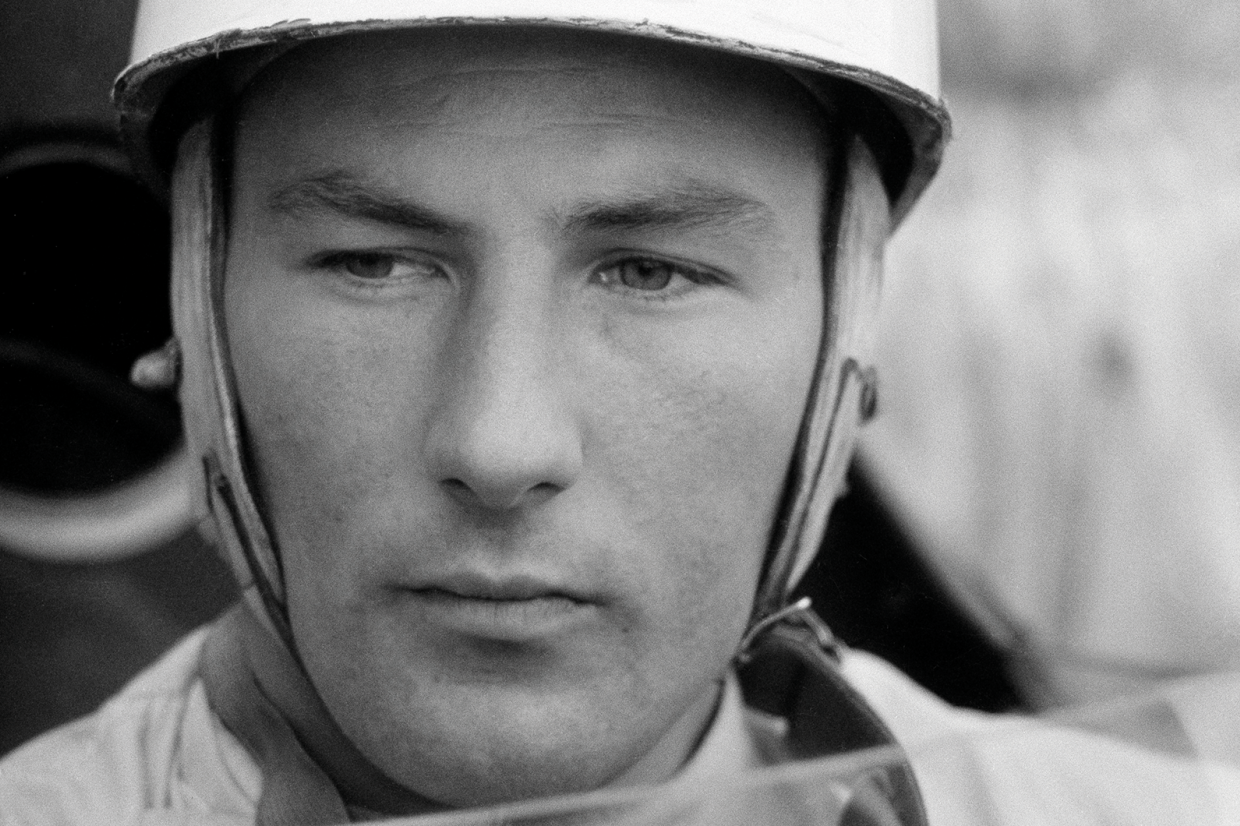 As the year draws to a close, it is time to recall one of motorsport’s heroes who we lost in 2020.

Sir Stirling Moss OBE died on Sunday 12 April after fighting a debilitating illness with great courage for more than three years. He was 90.

That huge number demonstrates his extraordinary versatility, and his willingness to race virtually anything, anywhere. 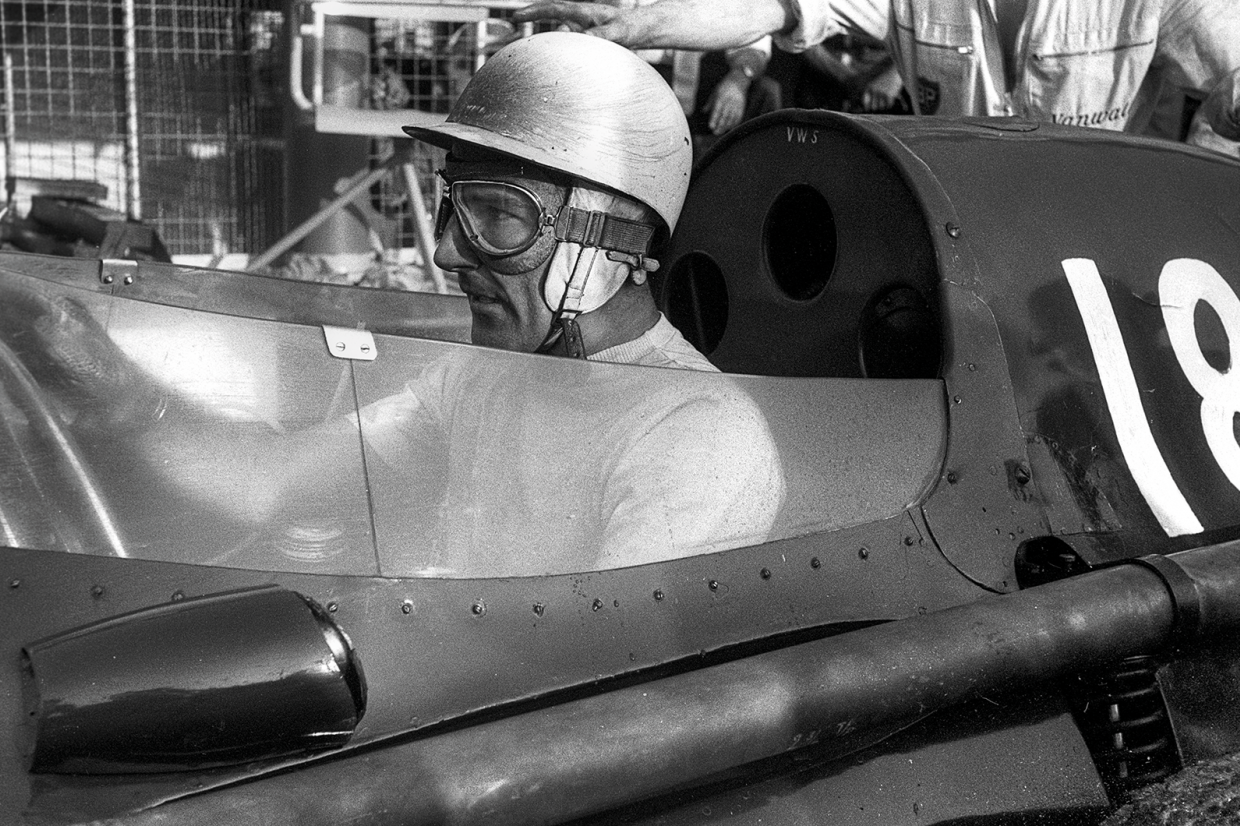 He was at the very top of the Grand Prix ladder; he was an unbeatable sports car racer; he was the man to beat whenever he found himself in a Touring Car or a smaller single-seater.

He was even a brilliant rally driver, as well as shining in other disciplines from hillclimbs to record-breaking at Bonneville and elsewhere.

The common cliché, that he was the best driver never to have won the Formula One World Championship, says less about his talent and more about his patriotic determination to race a British car whenever possible.

Enzo Ferrari allegedly said: “If Moss had put reason before passion, he would have been Champion many times.”

It was only when no competitive British car was available that he accepted offers from Mercedes-Benz and Maserati, and won Grands Prix for them, too.

As it was, through seven seasons he was second in the Championship four times and third three times, despite often being plagued by his cars’ unreliability.

Take the 1958 season as an example: driving the Vanwall against Mike Hawthorn’s Ferrari, he won four of the 10 World Championship rounds to Hawthorn’s one – and led three of the others before his car let him down.

Even so he would certainly have been Champion that year had he not spoken up to get Hawthorn reinstated after the Ferrari driver’s disqualification at the Portuguese Grand Prix in Oporto – an example of sportsmanship that would be unthinkable today. 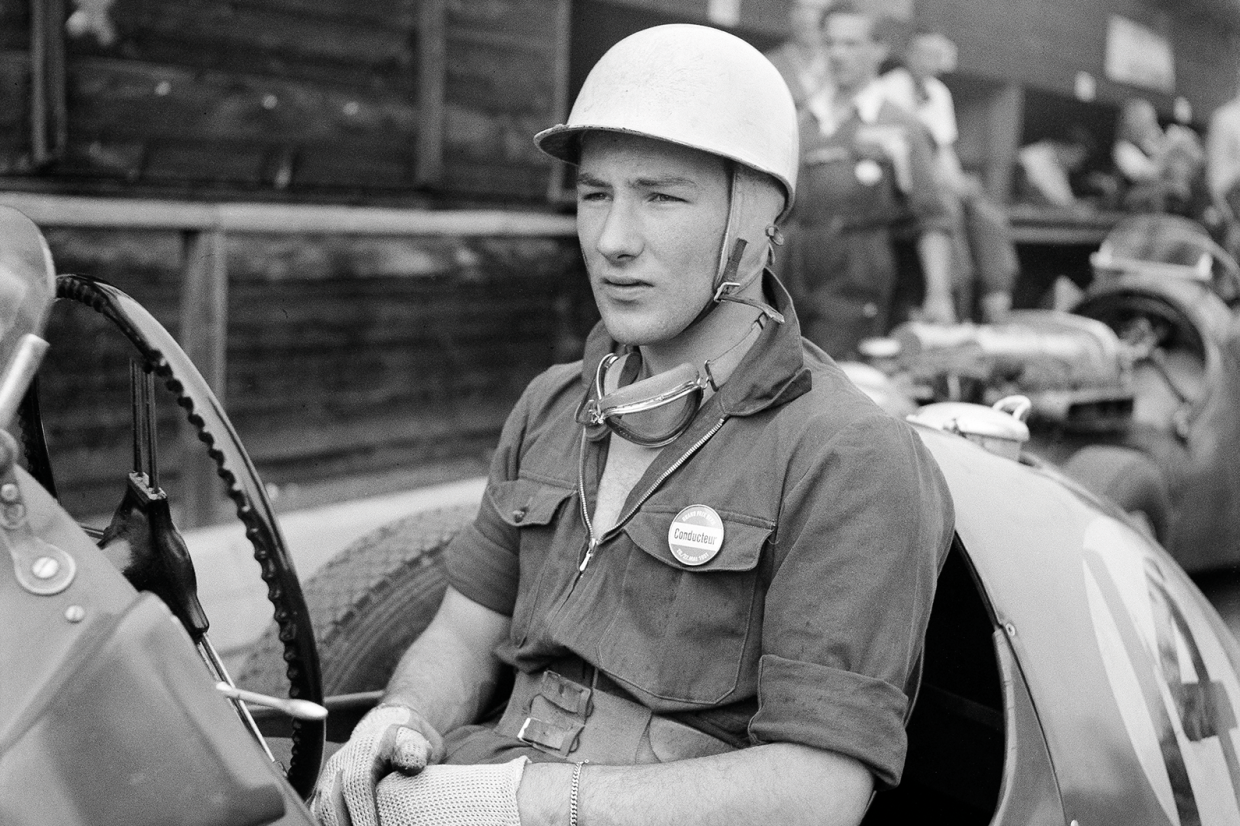 His extraordinary talent for maintaining ultimate speed for lap after lap on the most difficult circuits without the smallest error was demonstrated by his Grand Prix win for Vanwall in 1957 on the treacherous 15.8-mile Pescara circuit.

No one could match his speed on such a challenging track, and he led home Fangio, that year’s World Champion, by more than three minutes.

After 1958 he refused all other F1 offers in order to drive Cooper and Lotus cars for Rob Walker’s little privateer outfit, and the races that gave him the most satisfaction were giant-killing victories over the Italian teams – in Argentina in 1958, at Monaco twice, and in Germany in 1961.

As a sports car driver he was without peer. His historic Mille Miglia win in the Mercedes-Benz 300SLR with Denis Jenkinson in 1955, averaging nearly 100mph for over 10 hours on public roads, will never be forgotten. 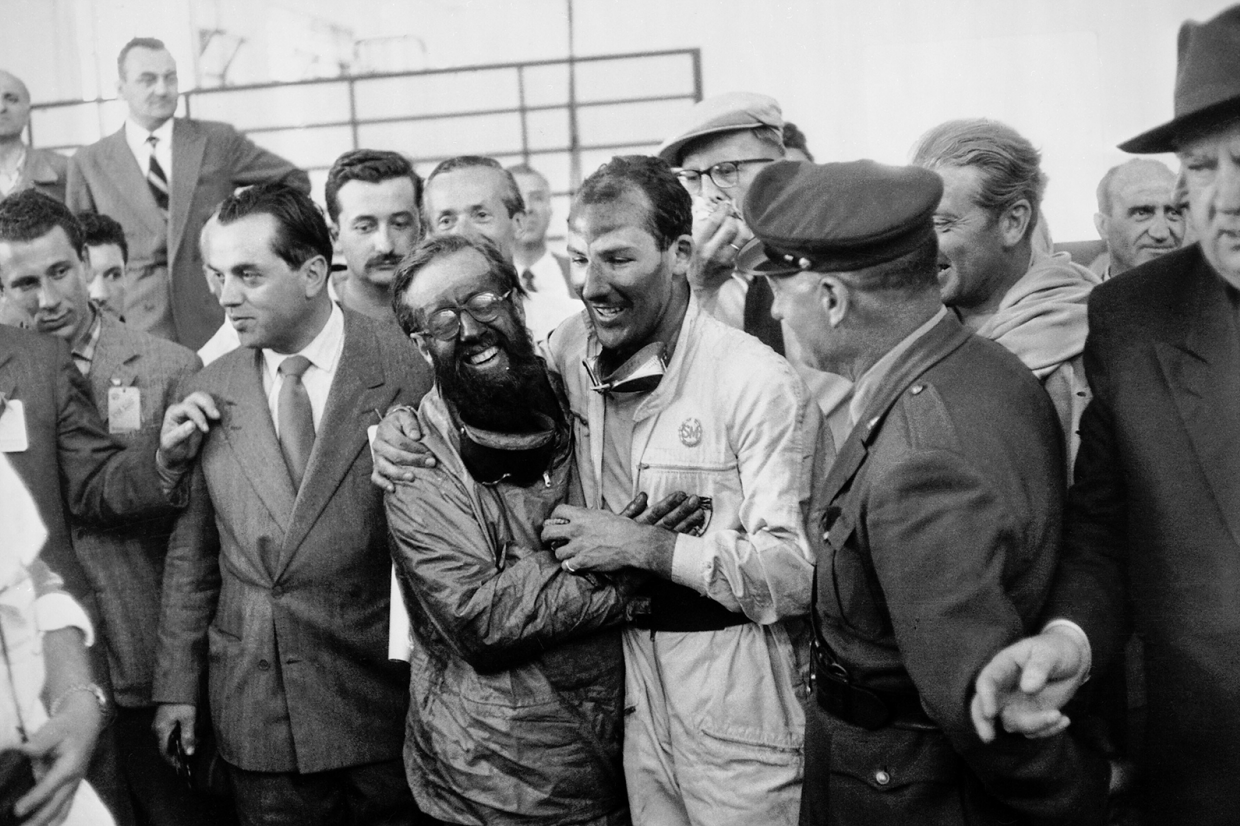 His ability to shine in any form of motorsport also showed in his rare rallying efforts. Driving for Sunbeam, he finished second in his first Rallye Monte-Carlo, and won a Coupe d’Or for three successive penalty-free Alpine Rallies.

Racing was very dangerous then, and he lost many friends in fatal accidents, but despite a bad crash at Spa in 1960 he raced on until, at the 1962 Goodwood Easter Monday meeting, he had an unexplained crash in his Lotus and suffered severe head injuries.

He was in a coma for a month, but pursued his recovery with typical determination and courage.

A year later, in a private test at the same circuit, his laptimes were still competitive, but he took the decision to retire. 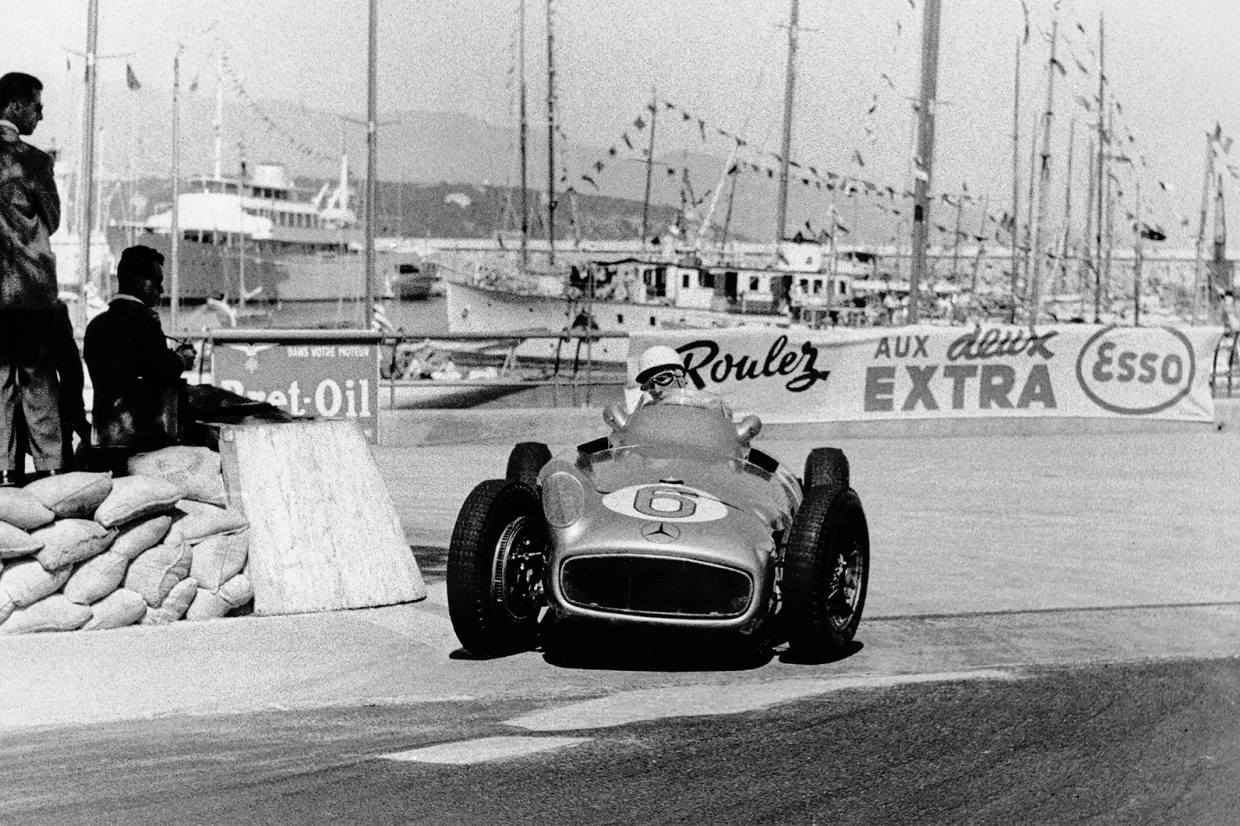 He was unimpressed by the salaries paid to modern F1 drivers. At the height of his career, he said, he earned the same as a top barrister or a skilled surgeon, and he felt he was well paid for doing what he loved.

He had trenchant views about the improvements in circuit safety, too: “Cornering at the maximum when there’s a nice smooth lawn each side is difficult. Doing it when there’s a brick wall on one side and a precipice on the other – that’s an achievement.”

His name has remained so well known that it’s hard to realise that he spent only 15 years as a racer, and the following 58 years as a retired racer.

But his bustling enthusiasm, his appetite for hard work, his desire to be constantly on the move, continued undimmed. He could never sit still – “motion is tranquillity, boy” he would say.

Until he became ill in December 2016 he was busier than ever with public appearances, television work, his property company, and a host of other business activities.

In 2000 he was knighted for services to sport. He tried some British Saloon Car Championship racing for Audi in the early ’80s but found a much happier home in historic motorsport, which he tackled with enthusiasm and flair until finally deciding to hang up that traditional white helmet at the age of almost 82. 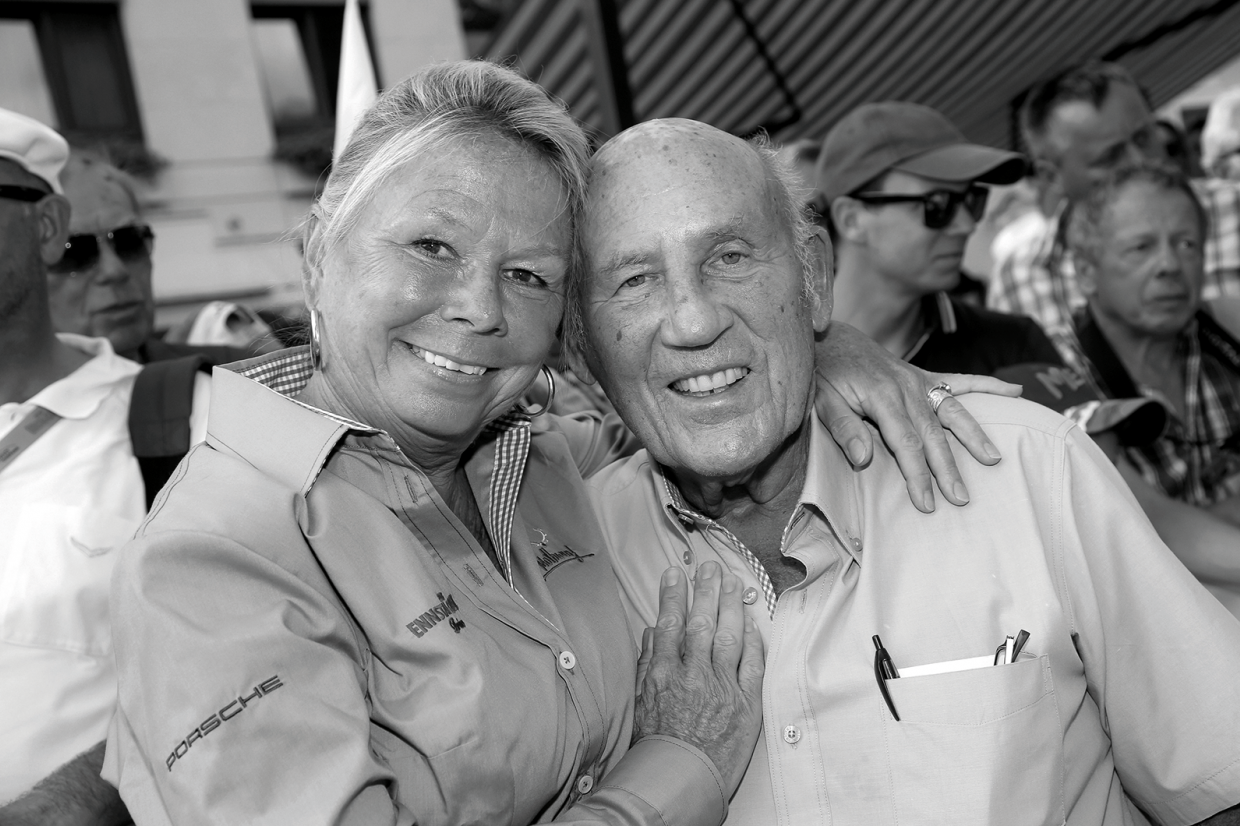 Moss was always honest, always direct, always courteous. Deals would be settled with a handshake, without lawyers and signatures.

There was no false modesty – he knew how good he’d been in the cockpit – but despite his fame he remained friendly and approachable.

To the end he was a professional: every commitment was fulfilled on time, every fan letter was answered – and there were still thousands of them, coming in from all over the world.

He would never leave his homeland to live abroad and avoid paying UK tax, which he regarded as dishonest. As well as his prodigious and unforgettable achievements as a racing driver, he was a gentleman.

As almost the last representative of a golden age of motor racing, and all it stood for, Sir Stirling Moss is irreplaceable.

Our sympathies remain with Lady Susie Moss, for 40 years his companion and partner in everything he did, his son Elliot and daughter Allison, his hundreds of close friends, and his millions of admirers around the world.