The specialist: IS Polson 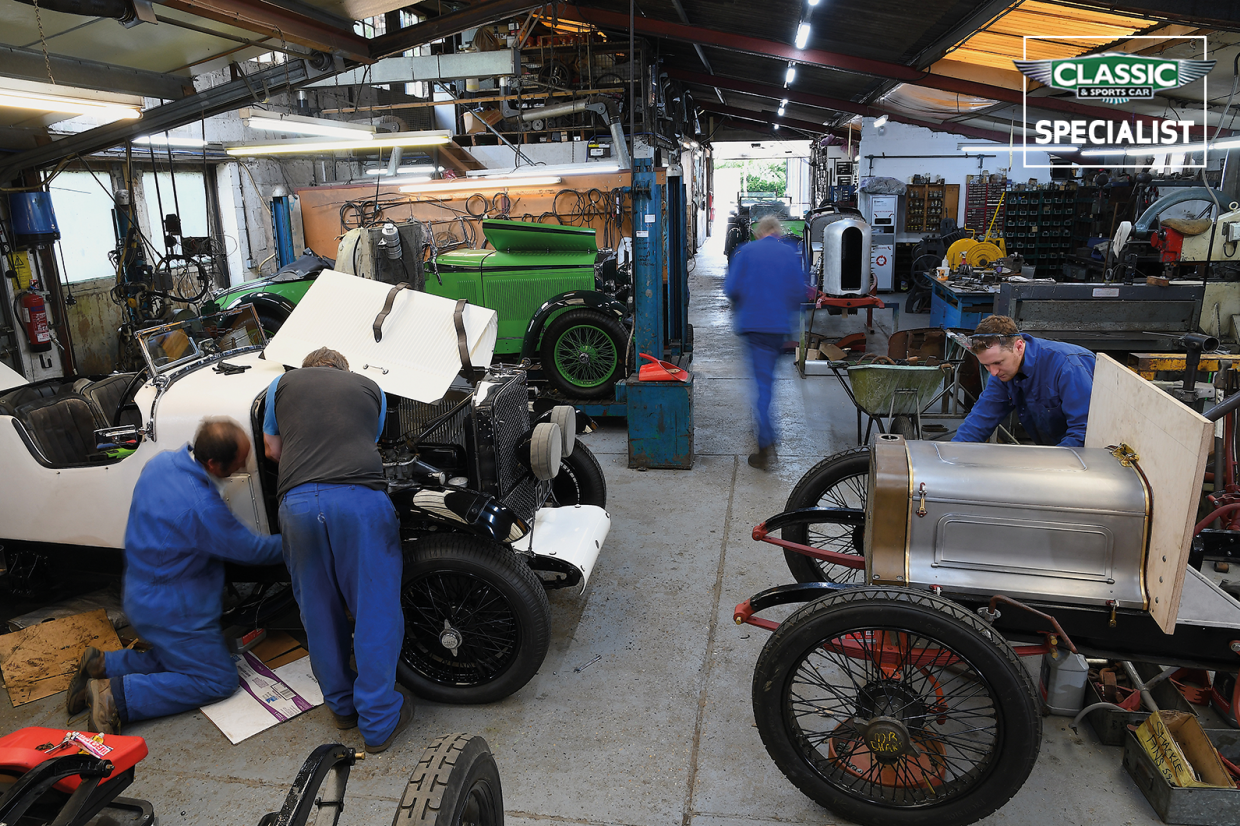 Ian Polson is firmly connected with Talbots, thanks to the reputation of his 43-year-old business in Suffolk.

He’s lost count of how many Talbots have been through Mill Farm, but he thinks it ’s close to 70. With wife Pam and son John as partners, the future is assured as the packed building confirms, from stores and white-metalling bay to the paintshop.

He’s been hooked on vintage cars since seeing Genevieve and reading ‘Tim’ Birkin’s Full Throttle as a lad.

While still at school, Polson saw a relay race in which a Talbot 105 out-accelerated a 4½ Litre Bentley, which made a big impression and he owned his first AV105 while at university, starting a lifelong passion for Georges Roesch designs. 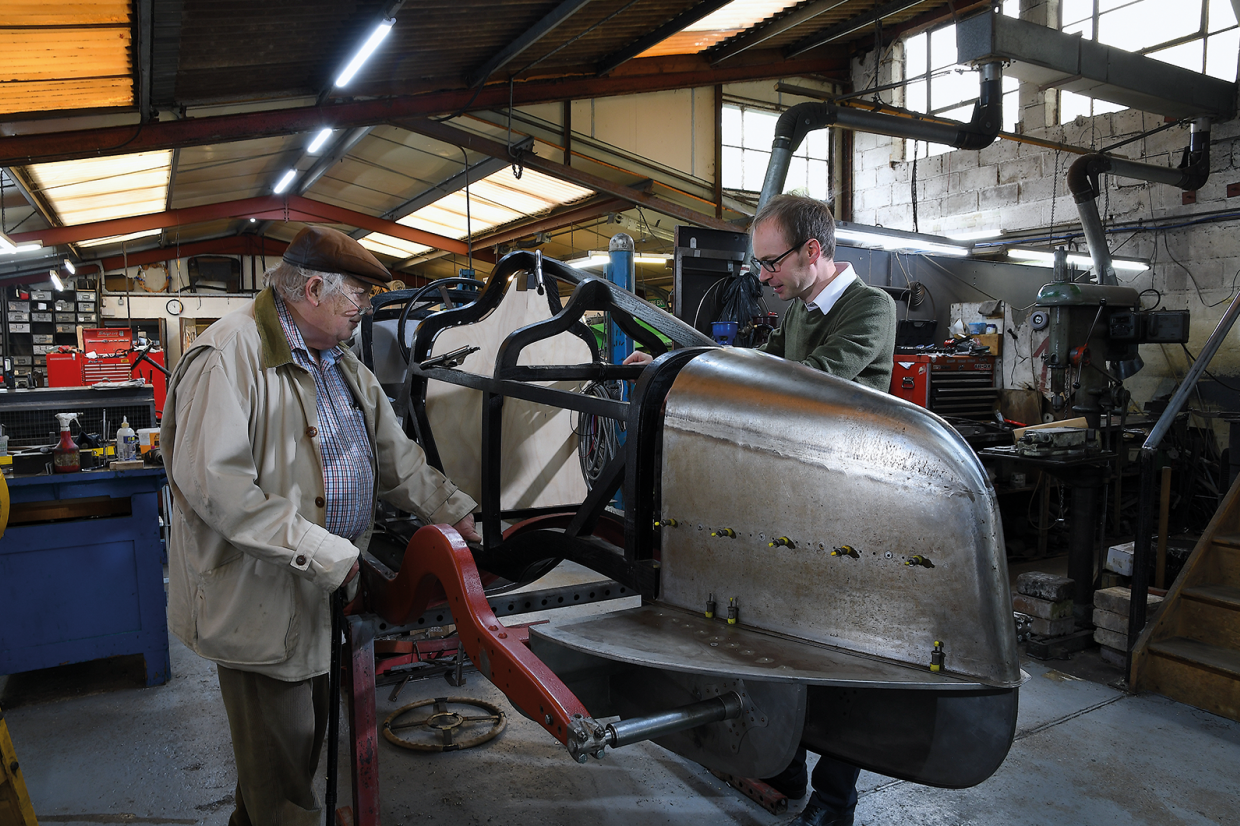 Following an assignment to England in 1971 for Ford Australia, he emigrated and after a few months with Arthur Archer went alone at Wickhambrook.

He quickly built up a name for himself for pre-war Talbots, which in the 1970s you could still save from breakers’ yards.

Polson’s appreciation for great design drew him to Roesch Talbots.

“Unlike other English models such as Lagondas, which were built around proprietary parts, Talbots were designed from scratch. Every part was made in-house and as a result they were much more integrated.

“The throttle linkage, for example, is a masterpiece of simplicity compared to a Rolls-Royce. He was a brilliant engineer who’d worked with the best and disliked complication.” 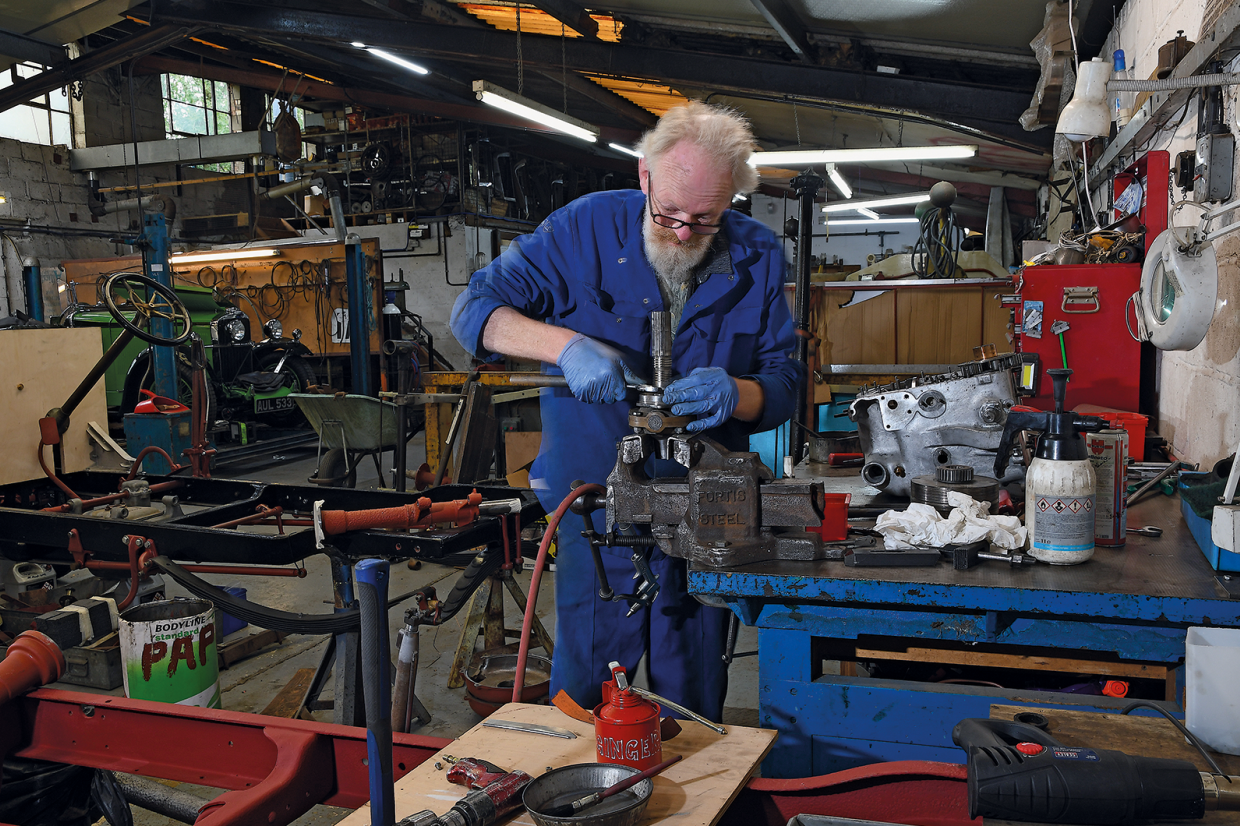 Quality Talbot engineering is in good hands at IS Polson

Although Talbots have been the primary business for the past four decades, the talented firm is happy to work on any pre-war car.

French thoroughbreds have been regulars, such as an ex-works Delage D8S and Delahaye Type 135S.

The team has restored spectacular coachbuilt models such as the Abbott-bodied Talbot 105 two/four-seater that was the star of the 1933 London Motor Show.

“It came to us part way through a restoration that nearly saw it painted gold,” says Polson. “We started again and returned it to black, complete with its tailfin.” 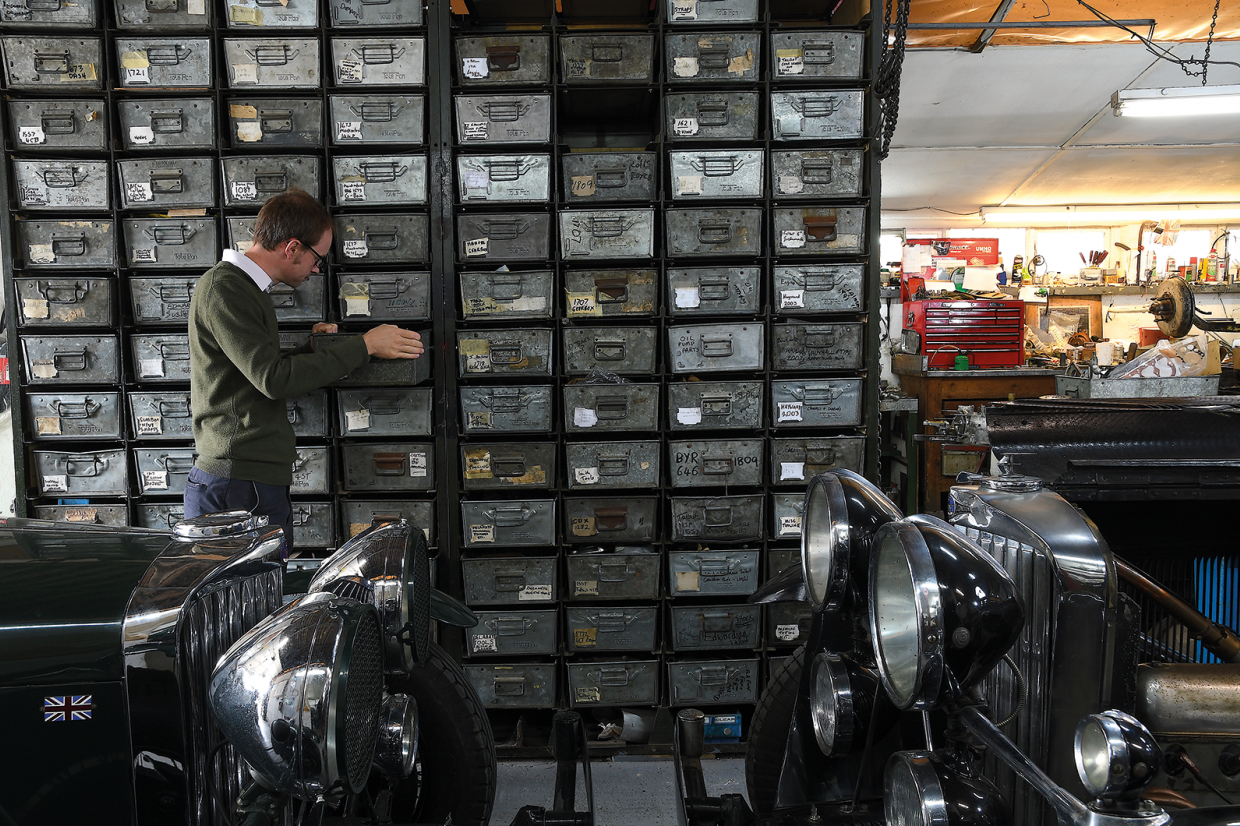 There’s a number of Edwardian Talbots in the workshop including three rare 25hp cars, two of which are nearing completion.

One chassis had been rebodied as a bus in Malta, and another had been converted into a horse-drawn fire tender on a Scottish estate. 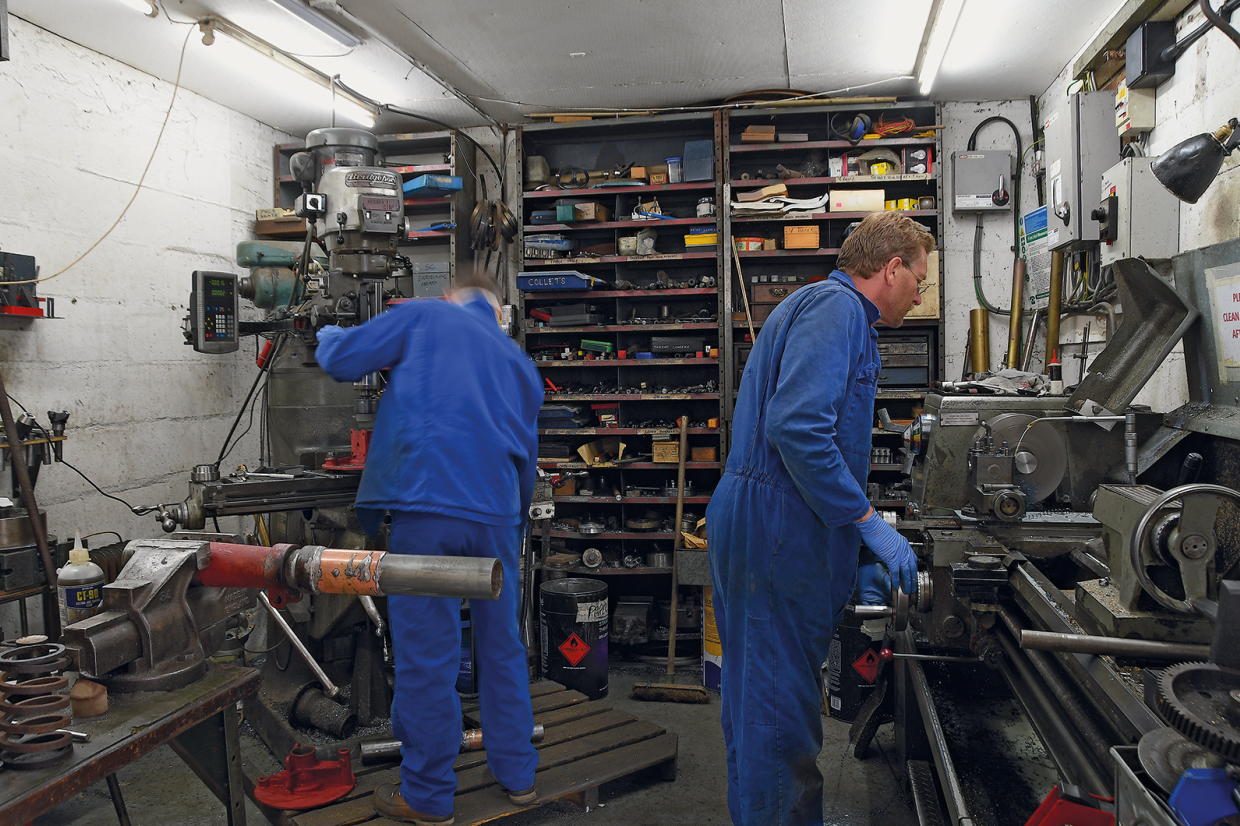 Making use of traditional skills in the ever busy machine shop

Among IS Polson’s many achievements is the production of the rare alloy engine developed in 1930 to create the ultimate 105 for competition.

“With 100lb saved on the block and 50lb from the head, it transforms the car,” says Ian. “As well as improved handling and acceleration, turn-in is sharper. I tested the first in 2006 powering a 75 Short Chassis Sports Saloon and had it up to 100mph on the speedo with two passengers.

“We’ve done 11 blocks and heads since. We copied the original because I don’t see the point of changing the whole architecture of the engine, as some have done with iron-block units.”

The family ’s projects are prominent: a Bristol 403 has just been painted while work on two single-seater recreations progresses, the 500 Mile Brooklands 105 and ex-Percy Lambert 1913 25hp record car: “He was a speed legend and the first to do 100 miles in the hour. The car only existed for nine months.”

Key figures include Alex Leach in charge of mechanical assembly, who also specialises in engines and white-metalling, and toolmaker Steve Dellow.

All bar upholstery is done on site, and a recent development is a new showroom, run by John. At 78, Ian is now easing out of the business and, with two apprentices, he’s passing on key skills to the next generation. 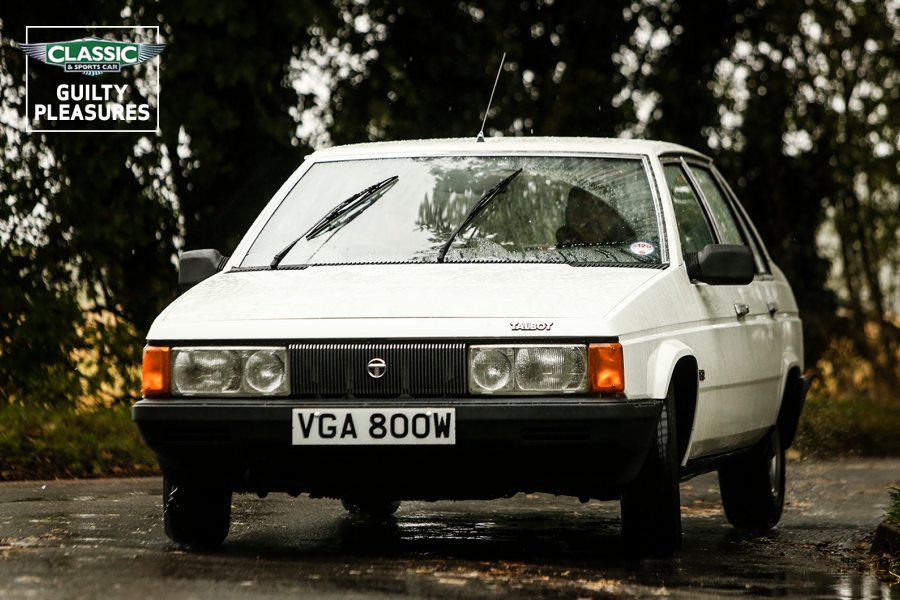