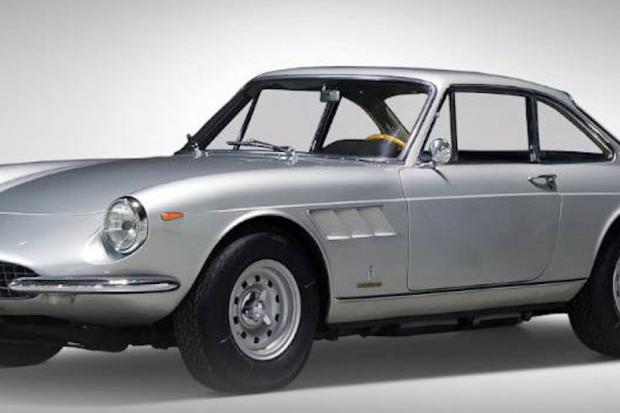 Celebrity provenance won out in the battle of the Dinos with the ex-Keith Richards 1972 246GT raising €294k against the €237k paid for a nice red example.

Between them in the results was a Mulliner Park Ward Rolls-Royce Silver Cloud III DHC that found a new owner at a fraction under €250,000.

The car generating the biggest buzz among potential buyers, however, was a 1990 Ferrari 512BB that eventually sold for €182,200.

One of the most charming lots was a fully restored 1970 Fiat 500L and Graziella 300 Roulotte caravan combo that made €25k. A rare Autobianchi Bianchina Jolly - one of just four built – was much more pricey at over €50, but still way short of the €75k paid for a less rare 1958 Fiat 600 Jolly by Ghia.

This was the 14th running of Coys Legende et Passion auction at the Espace Fontvieille and the company said post-sale that it had signed up to rent the pavilion for another 12 years.

Click here to read James Elliott's blog on one of the lots: a Pavesi Ventorosso.