Lamborghini Countachs set to top a million after another mega-sale 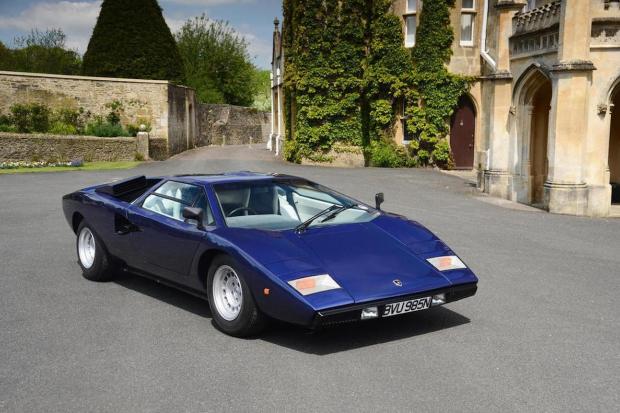 Lamborghini Countach prices continue to astound with the £1million barrier looking certain to be breached soon after a 1975 example sold for £953,500 at Bonhams' Goodwood Festival of Speed Auction. The very low mileage LP400 'Periscopio' smashed the world record for the model, which Bonhams had set earlier in the month when it raised £700,000 for another 1975 example at its Greenwich Concours sale.

Just to prove that purists will pay out big-time for the original and most exalted models, later in the same sale you could have snapped up a 1983 LP5000S for a 'mere' £113k.

Although the standout lot, the Lamborghini was far from the highest seller, with £10.7million (almost half the sale total) being paid for the 1954 Ferrari 375-Plus. Driven in period by the likes of Maglioli, the 330bhp monster's recent history had been blighted by an ownership and identity dispute until Bonhams brought together the two parties to sell their claims as one lot, putting any questions over the car beyond doubt. Click here for the full story.

Another big-seller was a 1902 De Dietrich from the enormous Michael Banfield collection that accrued just £1700 under the magic £1million mark.

Offering rather more speed for money (or at least they will after restoration) were a couple of Felday sports-racers. A 1966 BRM-engined Group 7 prototype in need of complete rebuild made £15k, while a Felday 5 in rather better condition, but still in need of a lot of attention just tipped over £32,000.

Bugatti Brescias continue to be in vogue with a Maron-bodied Torpedo making well over £400k and one of the biggest shocks was the £60k raised by a 1963 Damiler SP250 'Dart' and the £675k shelled out for a 1955 Austin-Healey 100S, albeit one with impeccable history.

Given the prices being paid for many cars, the ex-Graham Hill, Richard Attwood and Jo Bonnier Lotus 49B (chassis 49B-R8) from the John Dawson-Damer collection looked a bargain at £673,500.

The auction raised more than £22.6million in just a few hours and ecstatic Bonhams co-chairman Robert Brooks said: "We’ve had a truly diverse range of spectacular motor cars at our sale this year, causing great excitement in the sale room for both spectator and bidder alike, and achieving an outstanding result. With a total of £22.6 million worth sold in four hours, it’s been another fantastic Festival of Speed for Bonhams”