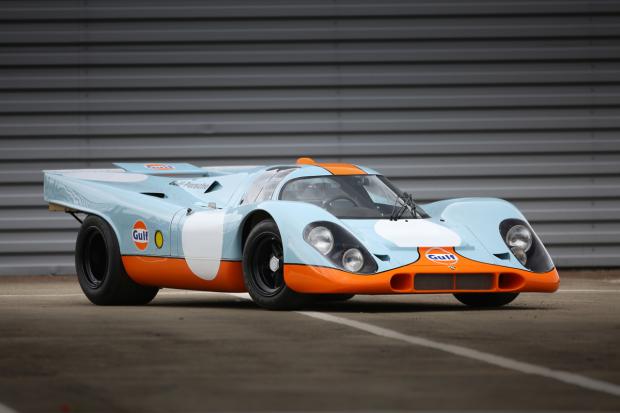 The Gulf-liveried Porsche became one of the most iconic racing cars in cinematic history after taking the chequered flag at the climax of the movie, but its fascinating story reached far beyond Hollywood. Chassis 917-024 became the first 917 to take part in a race when it was entered at Spa-Francorchamps by the Porsche works team in 1969. Just a year later, it was driven in testing for the 1970 Le Mans 24 Hours by Mike Hailwood and Brian Redman, with the latter comfortably setting the quickest times.

Following its appearance at La Sarthe, the car was acquired by Porsche factory driver Jo Siffert, who then loaned it to Solar Productions for use in the movie based on the 24-hour race. McQueen insisted that the cars were driven at true-to-life speeds with no camera trickery, and they regularly reached more than 200mph during filming.

After production ended, the 917K remained in Siffert's possession and led the funeral procession following the driver's death in 1971, before being sold to a French collector in 1978. It then lay dormant for 25 years, until it was eventually unearthed from a granary near Paris in 2001, and was subsequently the subject of a comprehensive nut-and-bolt restoration.

Auction house president, David Gooding, said: "917-024 is one of the most significant and recognisable racing cars ever to come to public auction."