RM to sell 'collector's collection' of classics at no reserve 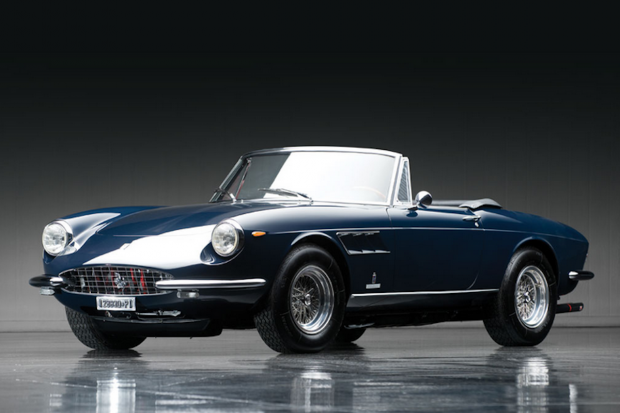 More than 60 sought-after cars from the Don Davis Collection will go under the hammer at RM on 27 April in Fort Worth, Texas.

One of just 99 built, the matching-number example was restored in the mid-2000s and took Best of Show at Concorso Italiano in 2011.

Following close behind in terms of value is another of Maranello’s creations in the form of a 1973 Ferrari 365GTs/4 Daytona Spider.

Valued at  $1.2-1.4million, just 121 were built and this one has been authenticated by Ferrari Classiche, has its original documentation and comes with air conditioning, a Becker Mexico radio and Borrani wire wheels.

While models from the Prancing Horse are the dominant force, there’s a host of other classics from Europe to choose from, with a 1988 Porsche 959 'Komfort'($500-650,000) proving particularly enticing.

A rare supercar in the US, the 959 is known as one of the most advanced models of its time thanks to twin-stage turbocharging, four-wheel drive and adaptive dampers.

The car up for grabs has around 11,000 miles on the clock and has been certified by Stuttgart.

Meanwhile, a 1973 911 Carrera RS Touring, with a 210bhp air-cooled flat-six, serves up an entirely different flavour of classic from the German manufacturer.

Only 351 examples of Toyota’s E-type rival were built and this one is said to be among the best remaining, with 62,000 miles on the clock and having being fastidiously restored.

It will be joined by US-built classics covering manufacturers from Chevrolet and Chrysler to DeSoto, Dual-Ghia and Ford.