Something For The Weekend – BMW 6 Series 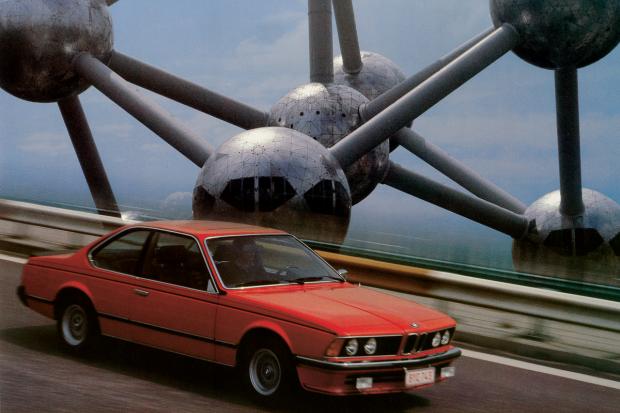 Launched in 1975, BMW’s 6 Series was meant to embody everything about the Bavarian marque that carried the slogan ‘the ultimate driving machine’.

Now its chiselled good looks, and familiar kidney grille, personify the ’80s like little else on four wheels.

Unlike some of its rivals, the 6 Series was a true sporting coupé, equally at home in the twisty stuff as it was fulfilling the more long-legged activities expected of its breed.

But if sportiness is your priority then the M635CSi is the most desirable option. It may not look hugely different to the regular machine, but it is a manual-only sports car whose (relatively) sedate looks hide a modified version of the straight-six that powered the M1 supercar.

Exotic mechanicals can bring their own problems, however, and the M is known to be more fragile than its bread-and-butter siblings. A known flaw was the relative weakness of the single-row timing chain, but most cars will have had it replaced by now.

That’s not to say that the ‘normal’ car was bereft of issues. While German electronics may be more robust than other (dare we say British?) technology, it is not immune to issues, especially on cars that have been left standing in damp conditions. A methodical check of warning lights and electrical gizmos is highly recommended.

The ‘sixes’ are generally thought to be durable, but repairing a neglected unit will be costly – extremely so in the case of the M.

When trying to choose a good one, contacting other owner enthusiasts is the best plan and, like other great classics, the 6 Series has a loyal fan base, which includes the www.bmwcarclubgb.co.uk, www.6ercoupe.de and www.bigcoupe.com.

For relatively little you could end up with a nice original car like this 635CSi. Less than £6k secures a ‘6' that has yet to pass 60,000 miles. It may have a few rust spots, but no fewer than 22 stamps in the service history should point towards its mechanical integrity. It’s also an auto, making it the perfect effortless cruiser.

For enthusiasts who need a driver’s car, but also want to avoid the potential expense of the Motorsport derivative, the 635CSi was available as a manual. Such an example currently resides on our classifieds. As a top of the range Highline, it has all the luxury you could wish for and is a rust-free Californian car. The only obvious drawback is that you have to travel to the US to buy it.

But why bother when there is a perfectly good M635CSi right here in the UK. At £25k it is certainly not cheap (you could get a private car for a lot less), but it comes with the option of a three-year warranty, is a one-owner car and has fewer than 50,000 miles on the clock. It is also the purist’s choice, blending ’80s good looks with excellent dynamics and a fabulous engine.

Use our free buyer’s guide to help pick a good 6 Series and you could land yourself a GT that is mature when you need it to be, and lots of fun when you don’t.