Tazio Nuvolari's last winner to be sold in the United States 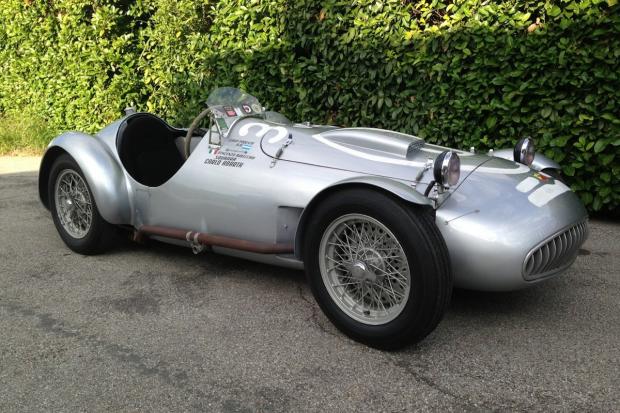 A Cisitalia-Abarth driven by Tazio Nuvolari to his last competitive victory is to be auctioned in the United States.

The Flying Mantuan piloted the 1950 204A at the Palermo Monte Pellegrino hill climb at the age of 57, just three years before he died.

It will be sold by Motostalgia in Austin, Texas on 16 November during the US Grand Prix weekend.

The salehouse says: "This 1950 Cisitalia-Abarth 204A holds the unique distinction of being the last of the Cisitalias, the first of the Abarths and the last car raced to victory by the legendary Tazio Nuvolari."

The fully restored car’s history is well documented including Nuvolari racing photos. The car was the result of the failed bid by Carlos Abarth, then acting as Porsche's representative in Italy, and Cisitalia to develop a Grand Prix car following Porsche designs in 1947.

When Cisitalia when bankrupt two years later Abarth received several racing cars in various states of completion as compensation. Among them were two completed 204As and one unfinished example.

This example has Mille Miglia history both in period and in the historic event and spent much of its life after 1954 in Argentina where it competed regularly.