US horde goes under the hammer at Mecum 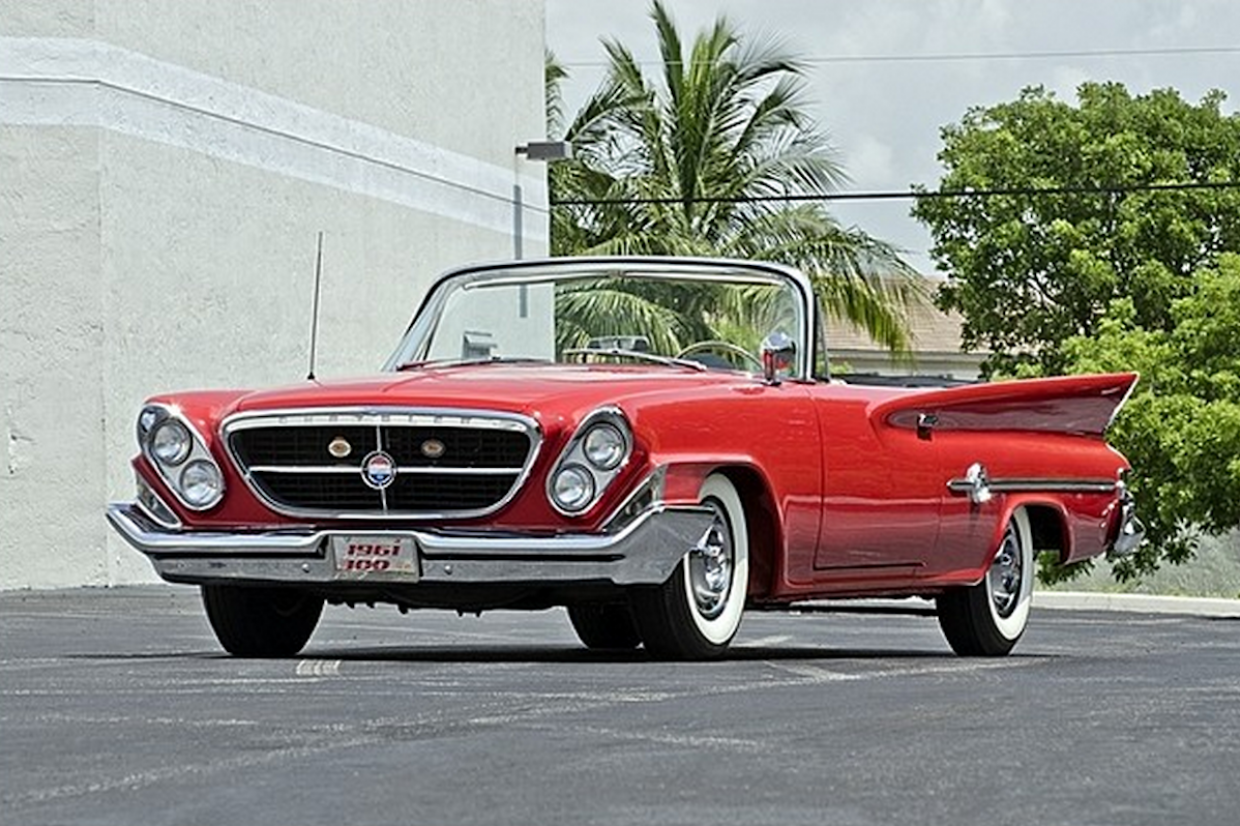 A 1961 Chrysler 300G Convertible – one of just 338 built – will headline Mecum’s Verde Classics Museum Collection sale in Florida on 22-23 February.

The Chrysler comes with numerous awards under its belt, including Antique Automobile Club of America First Place honours in 2002 and an AACA Grand National Certificate in ’04.

The last in a series of ‘forward look’ designs from Virgil Exner, the 300 features a 413cu in V8 with 375bhp and a luxurious interior.

A 1961 Ford Galaxie Sunliner provides a near-identical alternative to the Chrysler.

The drop-top’s design earned recognition from the Centro per L'Alta Moda Italiana (the centre for Italian high fashion) for its ‘functional expression of classic beauty’.

Offering something completely different is a Formula Vee single-seater.

The motor-sport series, which uses VW Beetle engines and running gear, celebrates its 50th anniversary this year. It has been credited with starting the careers of F1 champions such as Niki Lauda, Nelson Piquet, Emerson Fittipaldi and Keke Rosberg.

The 1975 machine up for grabs is a fully documented Sports Car Club of America racer and has been restored with a rebuilt engine, fresh paint job, plus new tyres and fuel cell.