Dust settles after another stunning Goodwood Festival of Speed 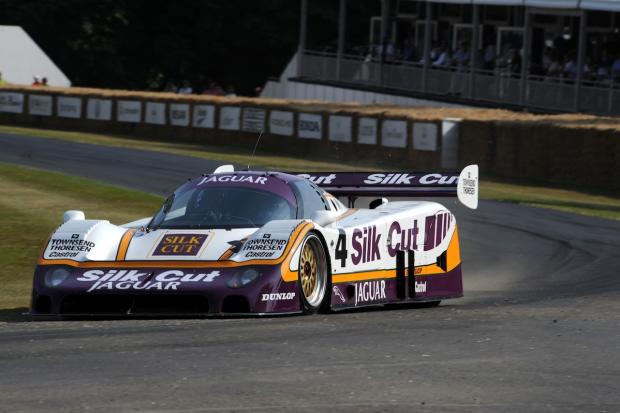 A huge range of racers from American muscle cars to European open-wheelers tackled the Goodwood Festival of Speed hillclimb from 12-14 July.

But neither could match the spectacle of Bob Riggle’s Hemi Under Glass wheelstander, which delighted the crowds with its trademark elevated runs.

The supercar paddock meanwhile had all the latest flyers, plus one-offs such as Eric Clapton’s Ferrari SP12 EC and Aston Martin's centenary concept, the CC100.

One of the event’s highlights was Sir Jackie Stewart storming the course in the Mercedes W196 that was raced in period by his hero Juan Manuel Fangio. A similar machine sold for £19.6million at Bonhams on Friday, while other cars on offer included a Maserati 300S and John Lennon’s Ferrari 330GT 2+2.

Sir Stirling Moss also drove the W196, plus a 300SLR coupé (above), and was joined by Nelson Piquet, who was reunited with his Parmalat Brabham BMW.

The legend of two and four wheels John Surtees met up with a car from his past, too, with the Honda RA300 in which he won the 1967 Italian GP.

The Porsche 911’s 50th anniversary stirred up much of the event publicity, though, and the German firm didn’t disappoint with a tribute to the model forming the Gerry Judah centerpiece outside Goodwood House.

The 911 theme continued in the paddock, with a display tracing the earliest model through to the latest incarnation and included specials such as a Dakar Rally car. The Stuttgart company’s stand also paid homage to the model, with six silver examples on show.

Other anniversaries included Lamborghini’s 50th, while Maserati marked the 50th birthday of its saloon, the Quattroporte, while the FoS itself celebrated its 20th anniversary by bringing back many of the star cars from the past two decades.

A recreation of Daytona Beach played host to numerous Land Speed Record cars including The Blue Flame, in which Gary Gabelich set 622mph in 1970, Sir Malcolm Campbell's Bluebird, which was the world’s fastest car in 1935, and the first car to enter into the 200mph-plus club – Henry Segrave's 1000hp Sunbeam.