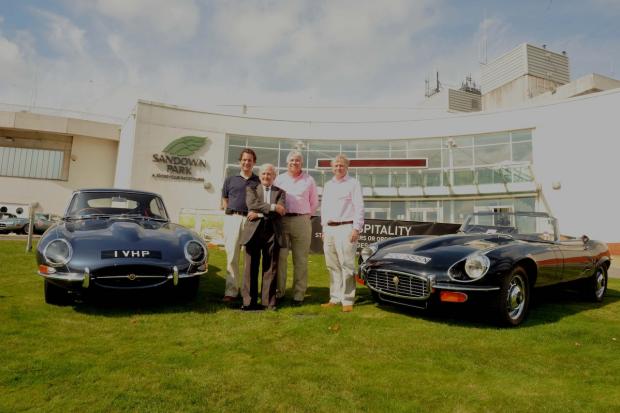 First and last E-types recently came together for the first time ever at Sandown Park in Surrey. The cars in question were 1 VHP, as featured in the October issue of C&SC, the first production right-hand-drive fixed-head coupé commonly known as Chassis Number 1, and HDU 555N, the last S3 V12 to leave the Browns Lane factory.

The Sandown event was a collaboration between Jaguar Heritage, Classic Motor Cars of Bridgnorth and Barry Potter Fairs, yet another outing to celebrate the 50th anniversary of the landmark British design.

More than 4000 visitors to the show also saw other important E-types, including two more from the current issue of C&SC: the famed Lindner-Nocker Lightweight and 1600 RW, the first E-type to be sold.

The picture shows Quinn, along with Dewis, CMC's Peter Neumark and Barry Potter with the "first and last" E-types.