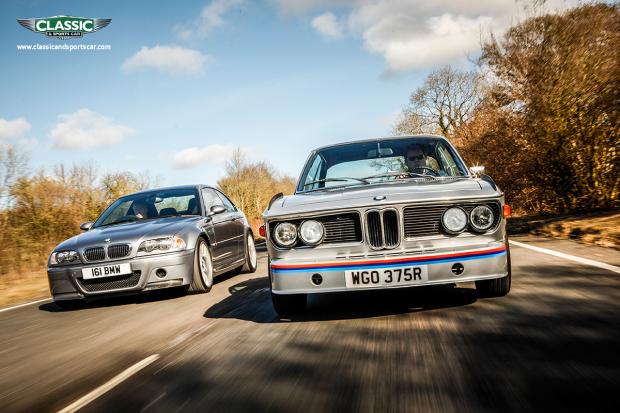 With values of the first model M3 – the E30 – now going stratospheric, and those of the E36 following closely behind, it’s perhaps the worst kept secret in the classic car world that the next model to follow suit will be the E46. Sweet handling, impressive performance and a beautifully proportioned coupé body should create the perfect recipe for a sure-fire modern classic, helped by virtue of it being BMW’s last straight-six powered M3. Don’t let those up-to-date looks fool you – the first E46 M3 rolled off the production line nearly 17 years ago.

Now at the bottom of its depreciation curve, there’s been no better time to invest in a well cared for, low-mileage example. Take care of it and you’ll not lose money.

When you mention the Subaru Impreza, most people’s first thoughts will be of under-car neons, terrible dance music and backwards baseball caps, but those days are now well and truly over. Those cars that made it through the Max Power years unscathed are now prized by collectors and fans of engaging, characterful classics.

While clean, standard Turbo 2000 models are holding their value, the less common P1 is beginning to soar. The model was introduced by Subaru to counter the demand for two-door grey imports, which were only available in Japan. 1000 P1s were produced, and demand for these well-sorted and attractive cars has never been higher. A search of the classifieds will find a number of cosseted cars offered by dealers for around £30,000. We suggest buying privately, and aim to pay about half that.

There isn’t much to recommend the standard Ford Puma as a modern classic any more than the Fiesta on which it was based, but the limited edition Racing Puma is a completely different proposition. It features wider, more aggressive bodywork, a widened track, powerful Alcon four-piston brakes, a beefed-up gearbox and a bespoke 153bhp 1.7-litre 16-valve engine. Just 500 of a planned 1000 examples were ever built, all of which were sold in the UK.

Rarity has helped to bolster the Racing Puma’s residual values, as has a continued interest in all fast Fords, but the model’s real trump card is its fantastic handling and engaging driving experience. It feels more special than you would think.

Honda’s S2000 was completely eclipsed by the Mazda MX-5 in terms of build numbers, making this highly capable roadster something of a rarity on Britain’s roads. Fewer than 20,000 examples made their way to Europe and as a result they’re now enjoying something of a renaissance.

While the S2000’s purposeful styling may not appeal quite as much as the more anthropomorphic MX-5, it’s true party trick lies beneath the bonnet in the form of its naturally aspirated two-litre engine. The fearsome powerplant produced a whopping 247bhp in launch guise, and would spin up to a dizzying 9000rpm before the rev limiter kicked in. Mated to its slick six-speed manual gearbox and Torsen limited slip differential, the S2000 is a performance bargain that will only increase in value.

In 1999, Nissan took its first steps towards reviving the Z nomenclature by unveiling its 240Z concept car, which was based on adesign sketch by Jerry Hirshberg from the firm’s California design studio. It was well received, and eventually transformed into the 350Z as we know it today. The attractive and squat coupé body beautifully evokes the spirit of the 240Z, while firmly staying the correct side of pastiche.

Values have hovered around the £5000 mark for a few years, but we reckon that’s due to change.