Hudson Hornet to be rebuilt for disabled drivers 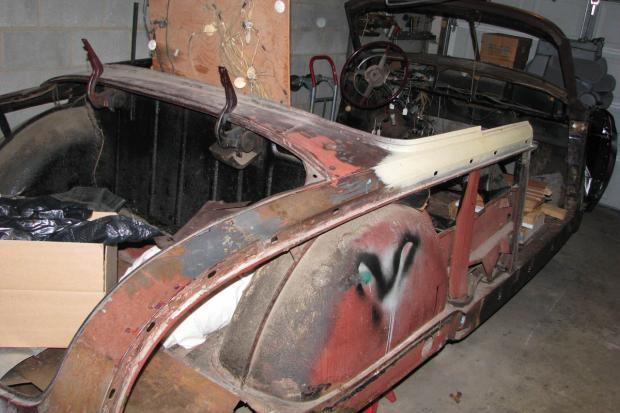 Plans have been revealed to restore a 1952 Hudson Hornet to commemorate the life of its disabled owner – but also to modify the finished car so that other disabled drivers will be able to get behind the wheel.

Driving Aids Development Corporation – a specialist in fitting hand controls – has undertaken to restore the car to its former glory. The Hudson currently resides in the Ypsilanti Automotive Heritage Museum in Michigan, where it remains half restored.

The firm estimates that $30,000 will be needed to complete the work and has launched a crowd fund campaign to reach its target.

The Hornet had been in the care of Eugene Smith – an Air Force veteran and classic car fanatic – for a number of years, and was used as his daily car. It was only after the central Pennsylvania flood of 1972 that he decided to begin its restoration, quickly stripping the car down to individual components and priming panels ready for installation. His vision was to allow others to drive the finished article.

However, time and circumstance got in the way of the rebuild: Smith suffered a stroke that left him partially paralysed and unable to complete the work.

His enthusiasm never diminished, however, as his daughter Cheryl explains: "Everyone agreed that is was the Hudson that kept his spirit alive. All those years he would go out to the garage in his wheelchair and regale anyone who would listen with his plans for finishing the restoration.

"He even received a set of new wheel bearings for his birthday, and just the sight of them gave him hours of joy.

"In May Gene was buried with a picture of his beloved Hudson."

Once the restoration has been finished, its owners intend to show the car regularly at classic car meetings such as Hershey, as well as holding regular arrive and drive events that will give disabled drivers the chance to test the car on a racetrack.

"Becoming disabled is a life-changing event," said Cheryl. "It has a significant impact on emotional and financial health as well as overall wellbeing. With this project, we want to remind people that this doesn't have to be the end – you can still go out and do things you love, even drive an old Hudson."