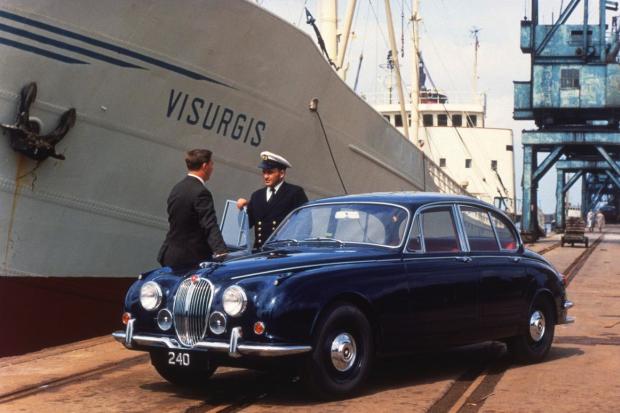 By branding the Mk2 2.4 and subsequent 240 ‘the best Jaguar bargain of all time’, the firm could have been accused of throwing its entry-level model to the hounds of snobbery, and in some respects it did.

But the huge popularity of the larger-engined Mk2s – some of which now command prices of £40k-plus – has played into the hands of the 2.4-litre, which is visually almost identical to the range-topping cars.

It’s not the same, of course, and most 240s make do with Ambla vinyl seats (many of which don’t recline), but there’s still plenty of wood to elevate it above less prestigiously badged classics.

It’s the engine that proved the biggest sticking point for some potential owners at the time but, performance shortfalls notwithstanding, this can seem a trifle harsh now. They’re probably more economical, too, if not by much.

The 2.4 was derived from the 3.4-litre XK units, with the drop in capacity achieved by chopping an inch off the top of the block – rather than narrowing the cylinder bore.

The result was a shorter stroke (down from 106mm to 76.5mm), over-square engine that was lighter and more free-revving than the one it sat below in the range.

The icing on the cake was Jaguar’s decision to fit an E-type style straight-port cylinder head, twin 1¾in carburettors and a water-heated inlet manifold.

And, if its pedigree was ever in any doubt, it is worth remembering that this was the only iteration of the XK engine ever fitted into a GP car.

So, while the 240 may be a lesser model, it’s still a great classic and a potential bargain when compared to other Mk2-shaped cars.

It has covered just 43,000 miles and the history file includes proof of both an engine and gearbox rebuild. Coming with a 12-month MoT, the Jaguar also features a stainless-steel exhaust and, best of all, leather – although we’re told the latter’s in need of a good clean.

Given the work that has been carried out, we’ve no reason to believe that this car is anything other than perfectly serviceable, but for peace of mind a thorough inspection is advised.

Well-maintained engines should be good for 100,000 miles, but check for fluid leaks and signs of overheating. Other problem mechanicals include the front suspension, which should be serviced every 30,000 miles and will quickly wear if it’s not, and the braking system that can suffer from leaks on little-used cars.

Automatic gearboxes can last 80,000 miles between rebuilds, while potential buyers should be wary of manuals that jump out of gear or suffer excessive layshaft noise.

As ever there’s a wealth of owners’ knowledge on the internet from clubs such as www.jec.org.uk, www.jaguardriver.co.uk and www.jaguarmk2.co.uk.

Spend just a little more and you could have this 1966 Mk2 that’s currently up for sale at £9995. It was resprayed three years ago, while mechanical work includes a brake overhaul, a rebuilt cylinder head and replacement camshafts. It also features original-fit leather and a manual ’box with overdrive.

While being dubbed the ‘bargain Jaguar’ may have been a poisoned chalice when the 240 was launched, it now plays into the hands of enthusiasts who can’t quite stretch to a larger-engine Mk2.

Use our free Buyer’s Guide to find a good 240 and you’ll get a classic that’s excellent in its own right, while also being cloaked in one of the classic car world’s most endearing shapes.