Something For The Weekend – Lancia Aurelia B20 GT 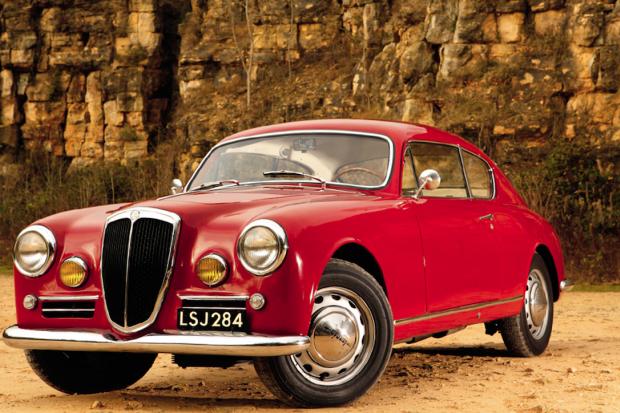 Looking at the rebadged Chryslers that constitute Lancias today, it’s hard to imagine that it once combined cutting-edge technical innovations with some of the prettiest shapes to grace four wheels, but that’s exactly what the Aurelia B20 GT did when it was launched in 1951.

A prominent grille, effortlessly flowing lines and sparing use of chrome make the GT simultaneously both unpretentious and glorious.

The Aurelia’s beauty wasn’t just skin deep. It offered production firsts in the form of Francesco de Virgilio’s V6 engine and semi-trailing arm independent rear suspension. These joined forces with a unitary construction, a transaxle gearbox and radial tyres to create a technical tour de force at the time.

The pioneering Gran Turismo was comfortable over distances, but that’s not to say the Aurelia wasn’t adept in the corners as evidenced by the long list of motor-sport royalty who drove the car, including Fangio, Hawthorn and Behra.

Its success in competition was a double-edged sword, though, as Scuderia Lancia poured money into a race programme that the firm could barely afford, almost bringing the company to its knees in the mid-’60s.

Once a relatively affordable classic, the Aurelia market has picked up by some margin (something that has not gone un-noticed in the C&SC office) and spotless cars now cost upwards of £150k.

It is a 1956 B20 GT Series 4, meaning that it comes with the bigger 2500cc engine (there were also 1754, 1991 and 2266cc variants), but simpler de Dion rear suspension. The latter was fitted because some owners couldn’t get accustomed to the handling characteristics of de Virgilio’s design.

The car has had its major mechanicals restored – including the engine, differential, gearbox and brakes – but has held on to its original paintwork and interior.

The all-alloy V6 engines can be prone to wet-liner sinkage and, due to many detail changes through the years, are often rebuilt with incorrect parts. As always, look for a thorough service history and keep an eye out for signs of overheating, head-gasket leaks and excessive oil breathing. It is also worth checking that the reservoirs for the front suspension’s sliding pillars and brake fluid have been topped up.

With their help you will have more chance of finding a 1956 Aurelia like this.

Up for sale in Italy for €125,000 (£106,000), it looks perfect, although we’d maybe opt for harnesses that are more in keeping with the rest of the cabin. As a Series 5, it features larger brake drums and some minor cosmetic changes.

Use our free Buyer’s Guide to purchase your own Aurelia and you’ll end up with a smart-handling classic that doubles as a long-distance tourer and, of course, looks absolutely fantastic. That it manages to combine all three in one package makes the B20 GT one of the world’s all-time greats.