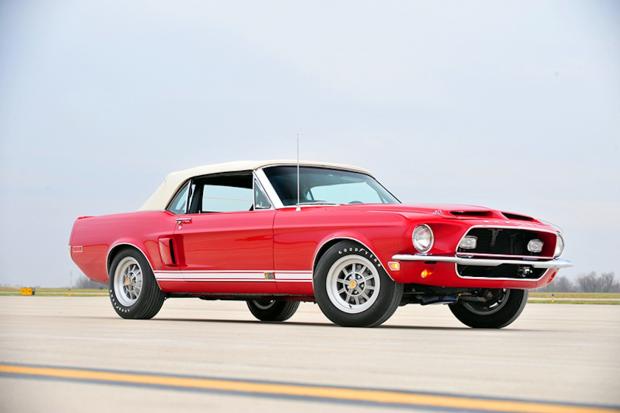 A 1967 Shelby Mustang GT500 Convertible – the only big-block car of its type – will star at the 2nd annual Concours d’Elegance of Texas on 5 May.

A special order for Carroll Shelby in 1966, the convertible was one of three cars fitted at the time with the 428cu in ‘big block’ (the others being a fastback and a coupe) fed by four carburettors.

It arrived at Shelby American later that year and was immediately designated as a company car. Used day-to-day by Shelby’s driver, it was often loaned to friends, employees, celebrities, and visiting executives from Ford.

By 1967, it was assigned a new role as a styling prototype to help promote the upcoming model range and was fitted with a new-shape glassfibre front end, plus a refreshed bonnet and boot lid.

The car was acquired by the Styles Collection in 2009, which set to work documenting the Mustang’s history, while simultaneously embarking on its full restoration.

Completed in 2012, the finished article has been touring shows in the US ever since and will appear in the Texas concours featured class Celebrating the Cars of Carroll Shelby. The event’s 18 categories cover antique, vintage, classic and post-war cars.

The concours is the highlight of the Houston Classic Weekend that runs from 3-5 May.