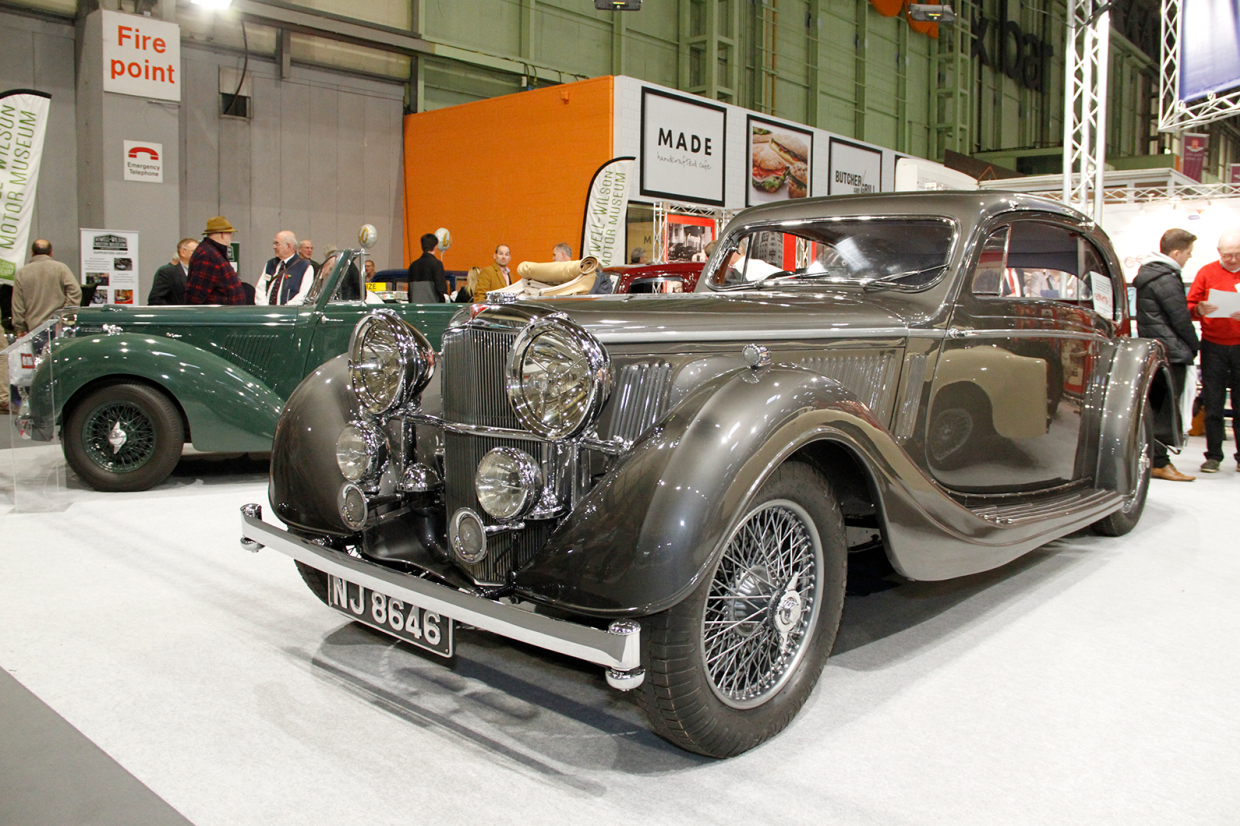 The NEC Classic Motor Show celebrated its 35th birthday with the biggest ever game of Top Trumps and the usual dazzling array of cars.

Many of the 300 clubs in attendance in Birmingham embraced the main theme, which saw the popular card game recreated in the form of giant boards listing the attributes of the displayed cars. 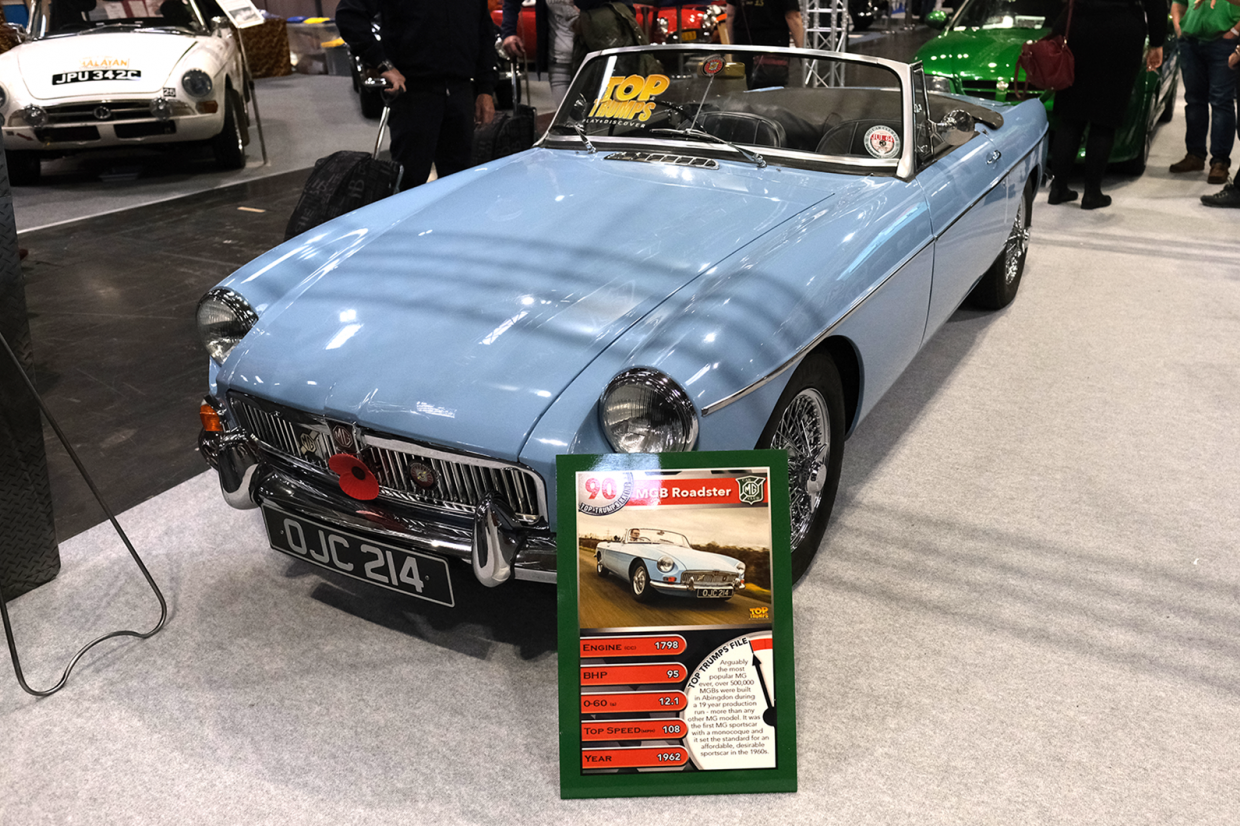 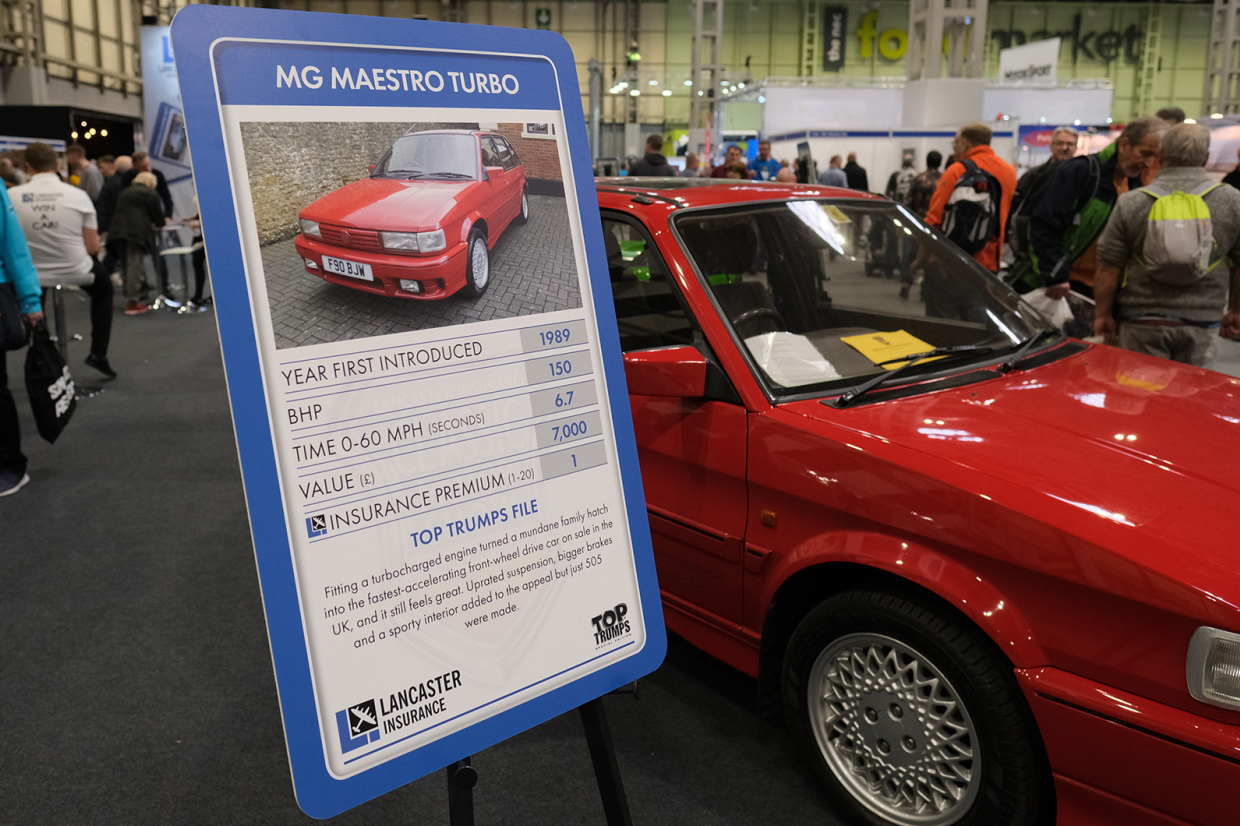 One particularly impressive effort was that of the MG Car Club, which went as far as to produce its own pack, available to buy at the show; it duly picked up Best Themed Stand in C&SC’s Club Awards as a result.

Nor was it the only pack created specially for the show, which from ran from Friday to Sunday (8-10 November): Lancaster Insurance also produced a commemorative edition featuring 30 cars to represent the 3000 or so models filling the NEC’s halls.

Attendees were able to buy it at a discount along with their tickets, or at the show itself, and having played it we can confirm that the Ferrari 250GTO and Mercedes 300SL Gullwing are the cards to keep hold of if you want to win. 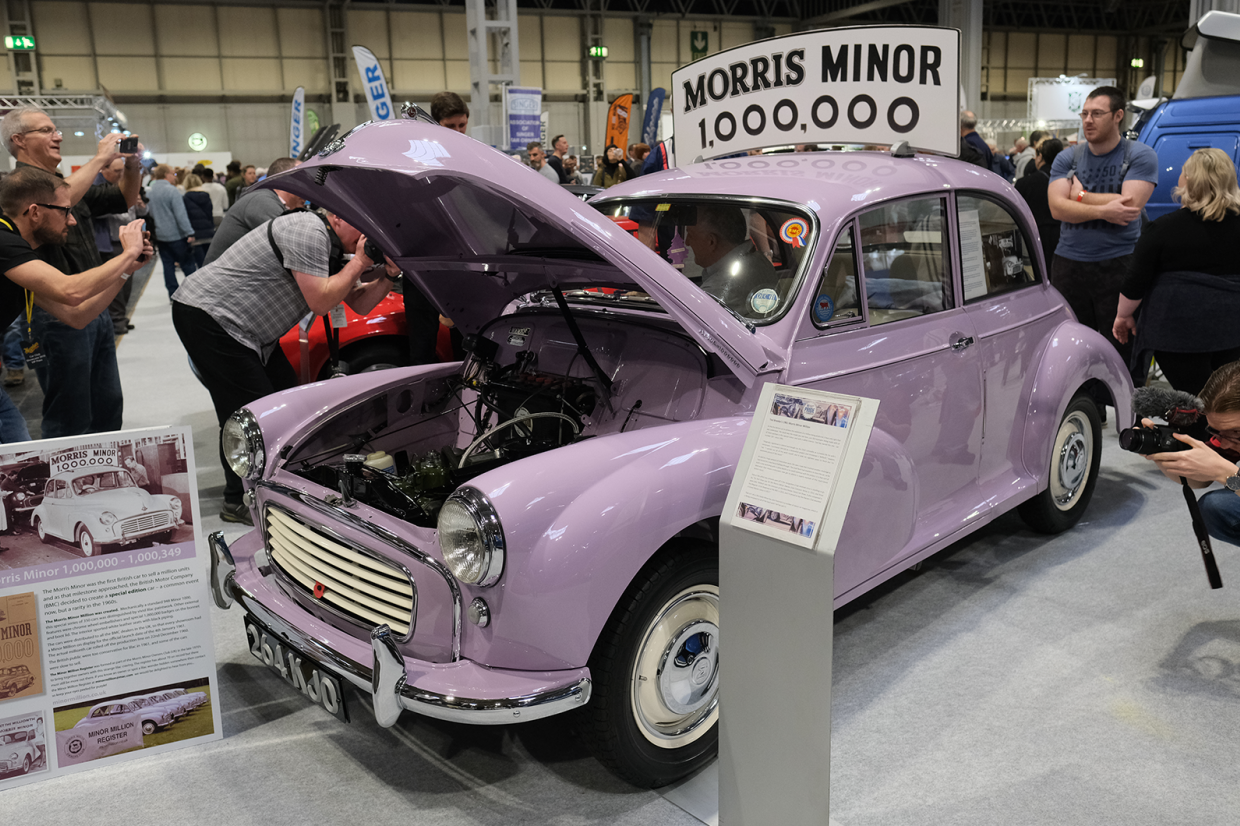 With both the show and Lancaster Insurance celebrating their 35th birthdays, the NEC’s Hall 8 was designated ‘From 1984 – The 35th Anniversary Hall’. The centrepiece was Greatest Hits Radio’s stand, which featured a pristine 1984 Vauxhall Astra GTE and provided a soundtrack of 1980s and ’90s music.

In Hall 3, meanwhile, the Lancaster Insurance Pride of Ownership awards dominated the floor. Any one of the impressive 20-car shortlist would have been a worthy winner, but the victor, announced on Sunday, was Ted Brooke’s 1961 Morris Minor Million. And if you need proof of its loveliness, consider only that it featured in Classic & Sports Car magazine last year.

And yet another one was in the limelight in HERO'S RAC Rally of the Tests. That event brought competitive motorsport to the NEC show for the first time, with approximately 4-5000 enthusiasts watching in Hall 7 as around 80 classic cars, including Lancia Fulvias, Volvo PV544s and Porsche 911s tackled the course on Saturday afternoon.

The winner after the gruelling contest? Another Mini, of course, in the form of the ex-works Cooper S of Steve Entwistle and Mark Appleton. 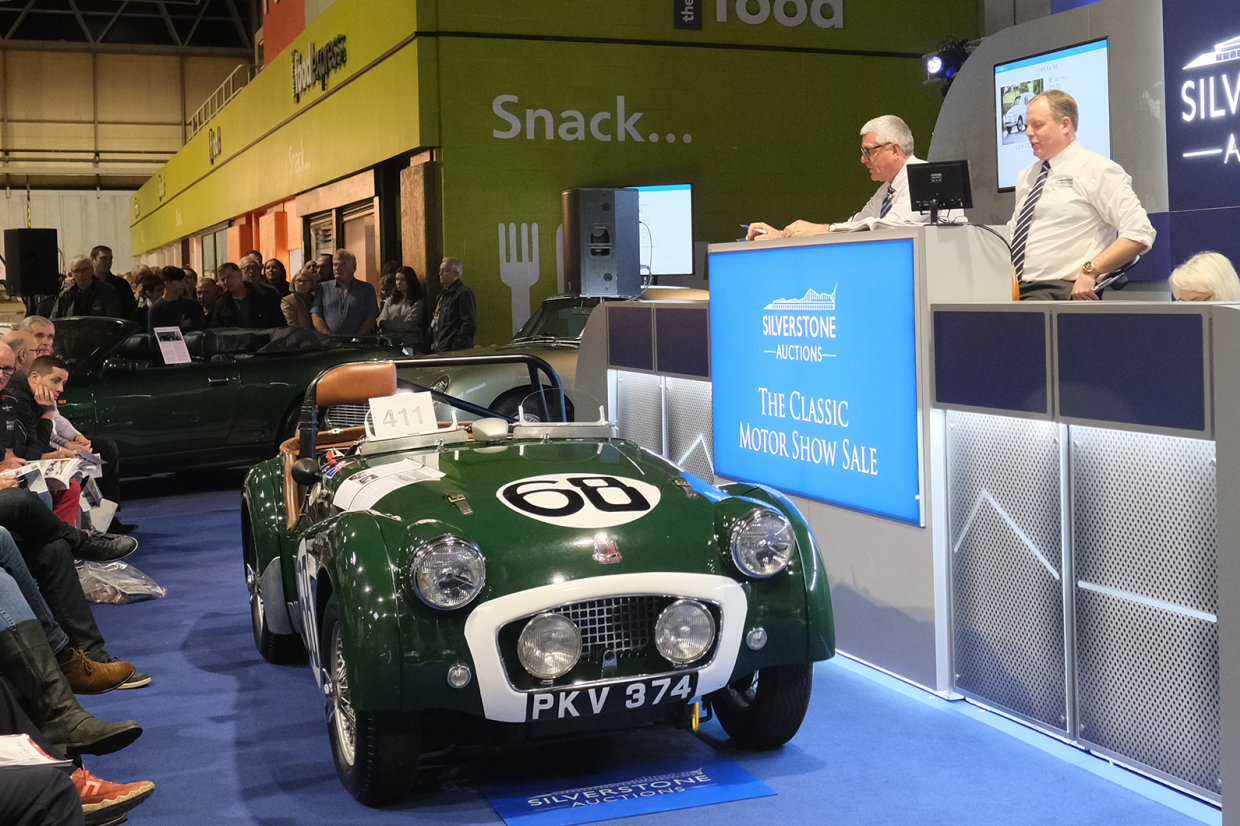 Over in Hall 2 on Sunday, Silverstone Auctions’ sale was creating history.

A quick glance at its history shows why it commanded such a price: this was an ex-works car which finished 19th at the 1955 Le Mans 24 Hours and which was later owned by the late King Hussein of Jordan. The vendor bought it in a dilapidated state in 1972, then spent the next four decades restoring it to its former glory – and got his reward for all that hard work at the NEC.

A Jaguar XJ220 with just 2000 miles on the clock was another big seller at the show, making £362,813 – bang in the middle of its pre-sale estimate. Bigger still was an Aston Martin DB5 immortalised on a Royal Mail postage stamp, which changed hands for £607,500. 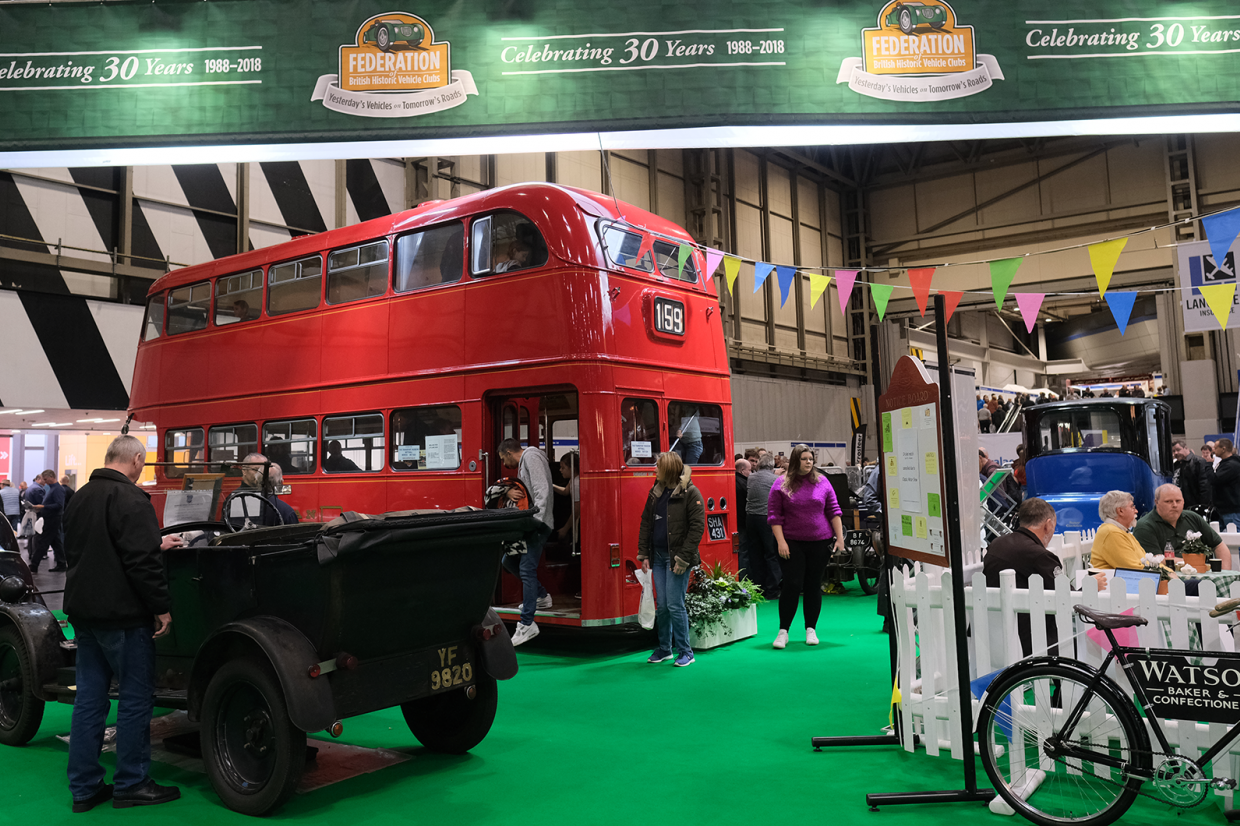 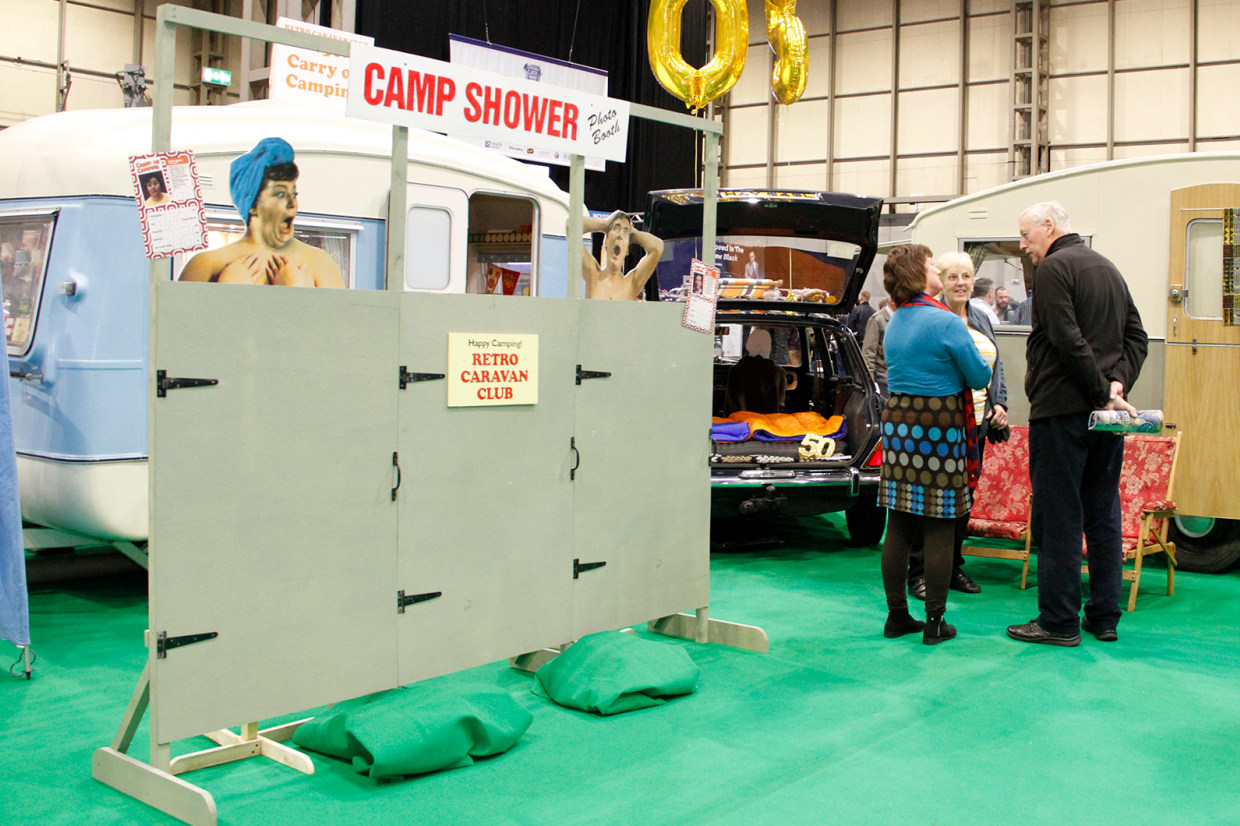 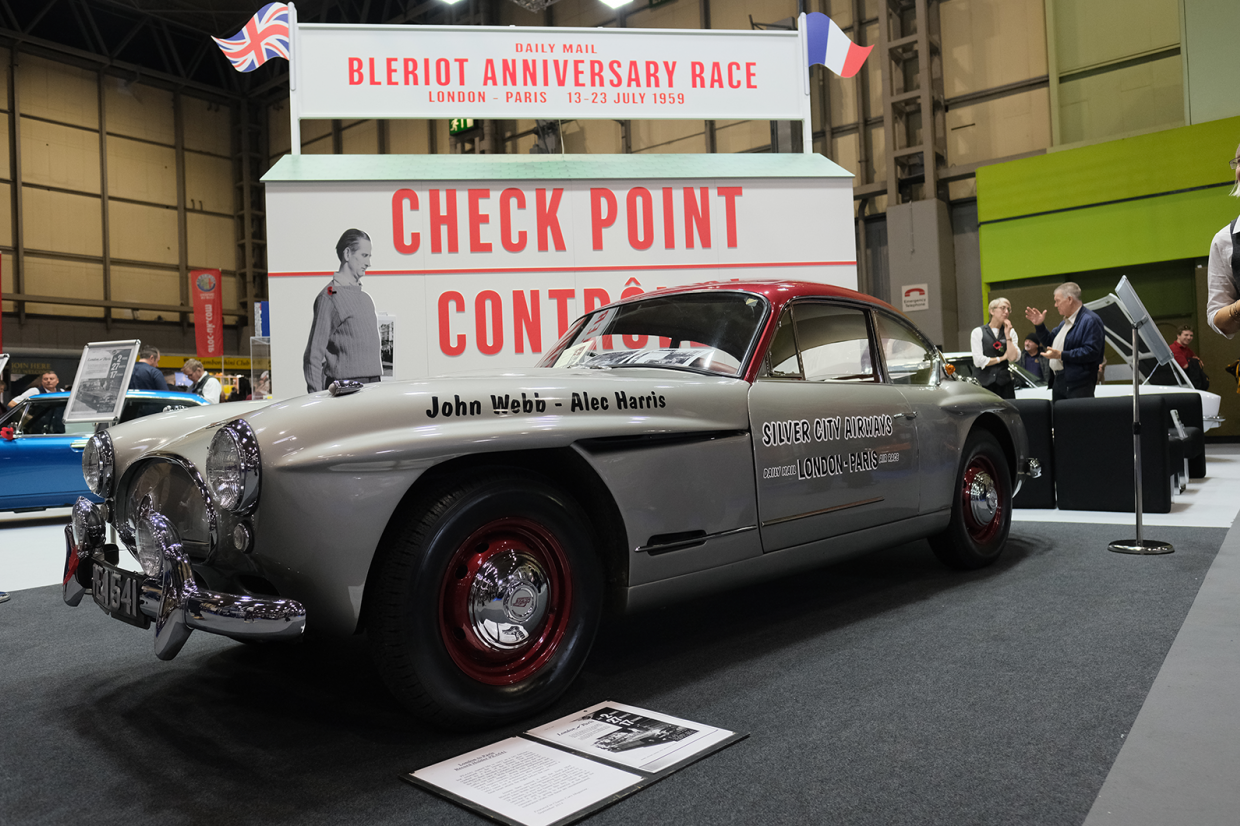 Top Trumps theme aside, there were dozens of wonderful club displays that concentrated on showing off interesting cars – sometimes, but not always, in a creative manner.

But of course there were many more we weren’t able to honour this year, among them the Federation of British Historic Vehicle Clubs, whose village-green setup came complete with white picket fences and double-decker bus, and the Retro Caravan Club’s tribute to 50 years of Carry on Camping.

Special mention must also go to the Jensen Owners’ Club, which showcased the Jensen 541R which won the 1959 Daily Mail London to Paris Bleriot Anniversary Race in front of an evocative backdrop. 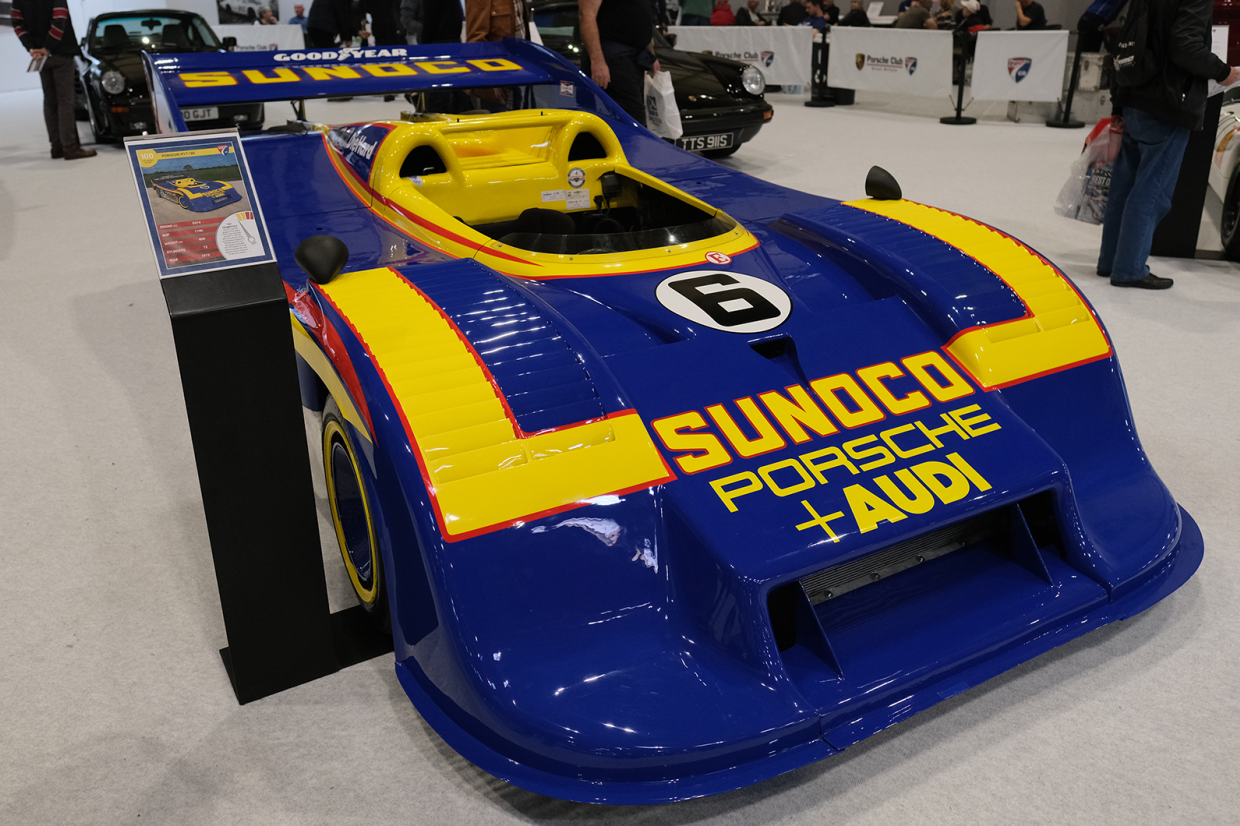 Our car of the show was the breathtaking 1936 Alvis 3½-litre Airline Pillarless Saloon while we also presented a special award to the lovely – and rare – Adams Probe 16.

Again, though, there were many more that caught our eye – including those we’ve written about in our list of our 21 favourite cars from the show.

Still want more? Well we didn’t have space to mention the Porsche 917/30 on the Porsche Club Great Britain stand. Or the one-off MGB V8 in roadster form on the Corgi stand. Or the Ford Consul made famous in The Sweeney and gracing the entrance to Hall 5. We could go on… 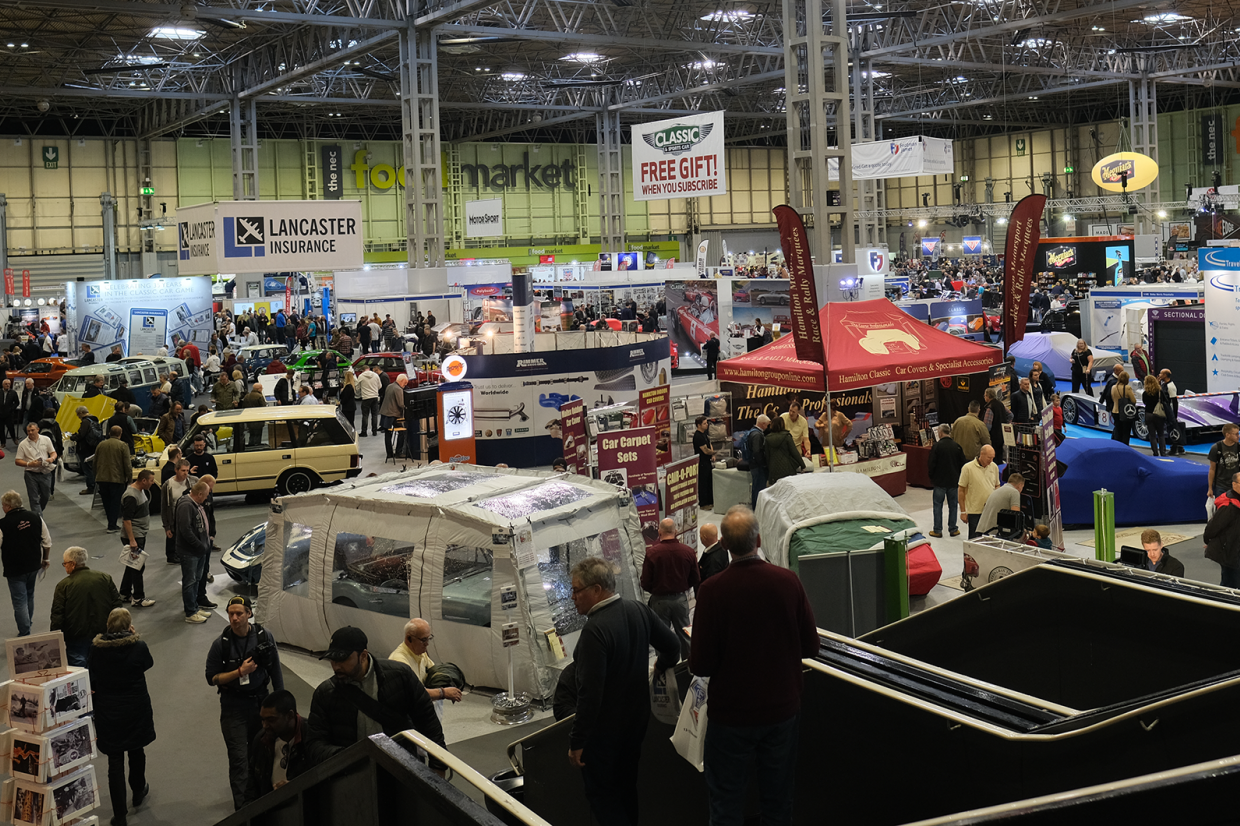 In all, more than 71,000 visitors attended the three-day event, which matches the total at last year’s NEC Classic.

Show director Lee Masters said, “We are delighted to have welcomed so many enthusiasts and those in the industry to the show this year, especially in the current climate.

“Huge thanks as always to the motoring clubs who all put on tremendous displays, all our partners and exhibitors, and our amazing guests who brought the house down on the Live Stage."

The Lancaster Insurance Classic Motor Show, with Discovery, will of course be back next year. It will run from 13-15 November and although tickets aren’t yet on sale, you can register for updates here.

Our 21 favourite cars from the NEC Classic Motor Show 2019