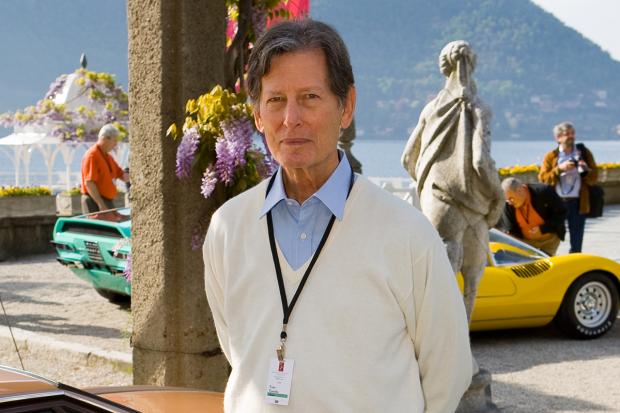 Designer of the De Tomaso Pantera, Fiat 124 Spider, Ford Fiesta and dozens of other significant automobiles, Tom Tjaarda, has died at the age of 82.

Born in Detroit to Dutch-American parents, Tjaarda spent his formative years in Motor City, later attending Birmingham High School and going on to study architecture at the University of Michigan. Though his father, John, was a successful designer in his own right, having penned the 1934 Lincoln Zephyr, Tjaarda only began to turn his focus to automotive design while at university. There he gained the support of his lecturer Aaree Latti, who suggested he design an automobile, leading to Tjaarda creating an interesting station wagon concept. While touring Europe, Latti showed pictures of the model to Ghia’s Luigi Segre, who in turn invited Tjaarda to Italy.

During his early years at Ghia, Tjaarda styled the charming Innocenti 950 roadster and then, with a little help from Virgil Exner Jnr, the Fiat 2300 Coupé. But it was under the tutelage of Pininfarina’s head of design Franco Martinengo that Tjaarda began to hone his talent, styling the Ferrari 365 California and Fiat 124, which was unveiled at the 1966 Turin Auto Salon after he had returned for a second stint at Ghia.

By then the firm had fallen under the control of the fiery Alejandro de Tomaso, with whom Tjaarda quickly struck up a fruitful working relationship. It was during this period that he designed the Pantera, Longchamp and Deauville, as well as a number of smaller projects such as the de Tomaso 1600 – a quickly conceived spoiler for Bertone’s X1/9. When the balance of the business was sold to Ford, Tjaarda found himself working on a number of show cars prior to being charged with designing the Fiesta. His design won out over 26 others after catching the eye of Lee Iacocca, who twice sent back the British-built prototype until he was satisfied that it was true to Tjaarda’s original design.

Though best known for the Fiesta, Pantera and 124 Spider, the car from which Tjaarda said he derived the most pleasure in designing was the La Forza, which he penned while working with Rayton-Fissore between 1981 and 1983. One of the earliest pioneers of the SUV segment, more than 6000 were made from 1985.