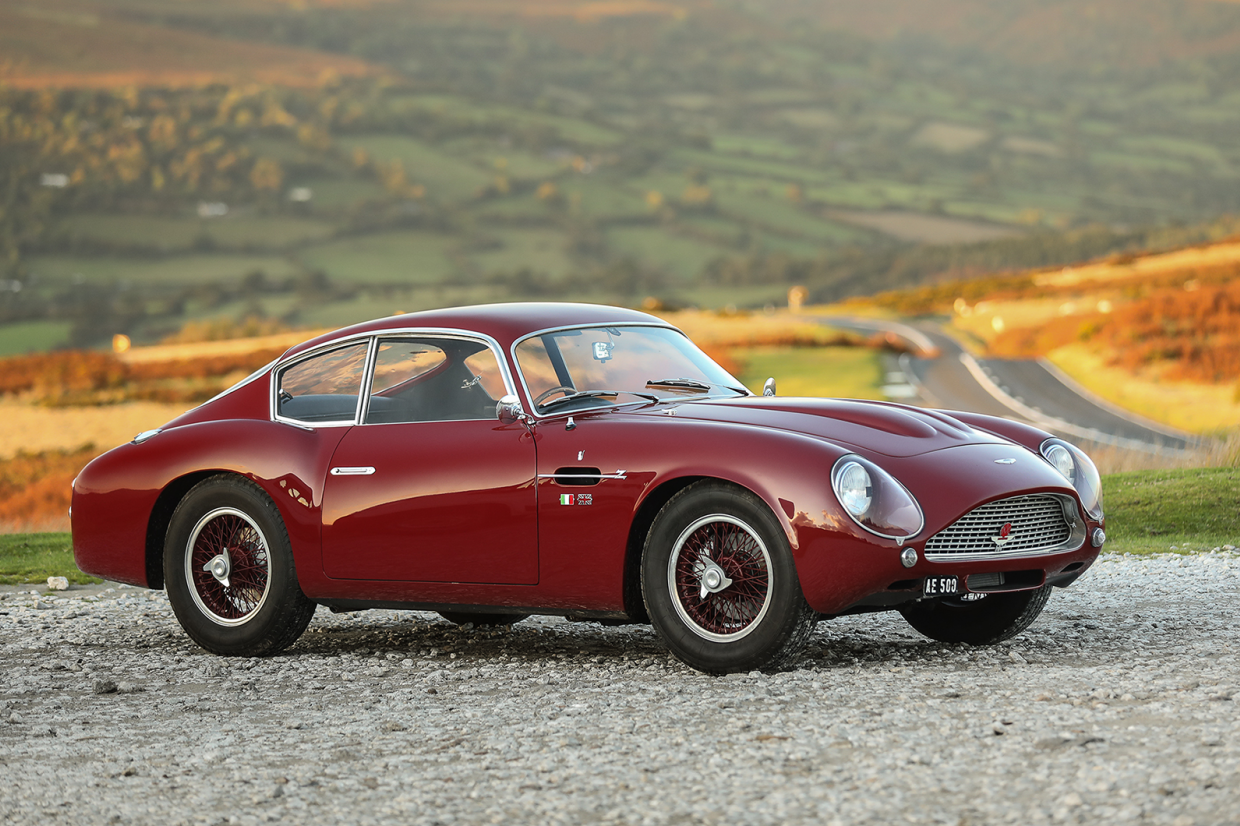 With three Astons, three Bentleys, a Rolls-Royce and a Vauxhall among the lots, there’s a decidedly British bent to the catalogue, which in total is worth an estimated £40m.

However the presence of three Bugattis, three Lancias and two Lamborghinis ensures that Europe is also well represented at what will be Gooding’s first ever sale outside the United States. 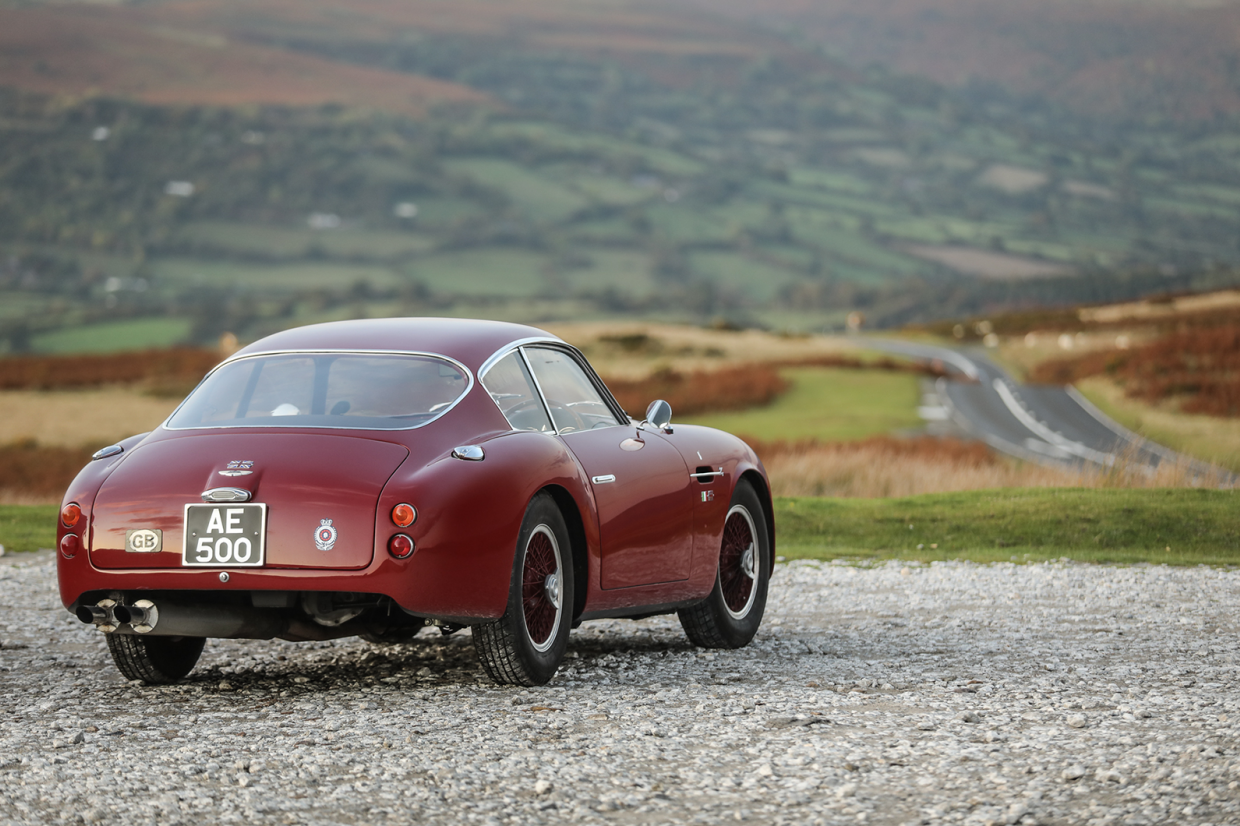 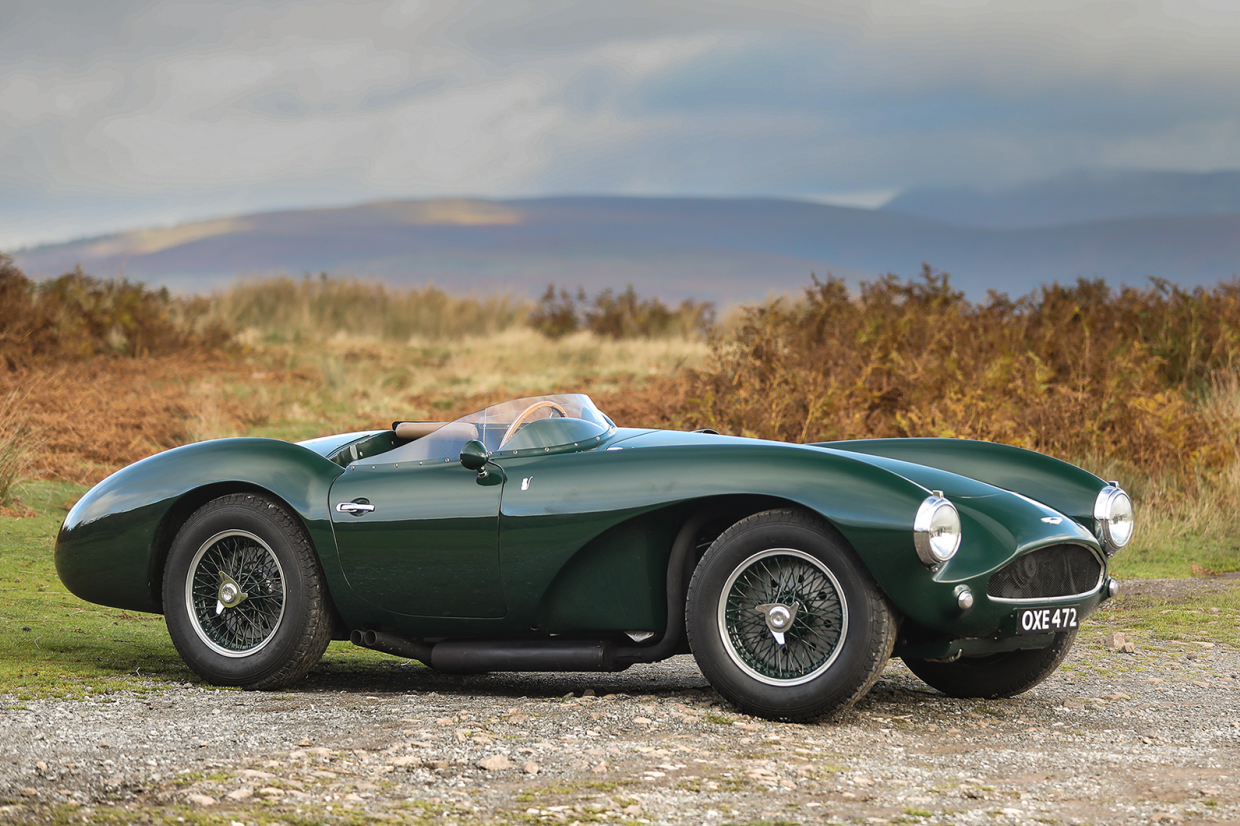 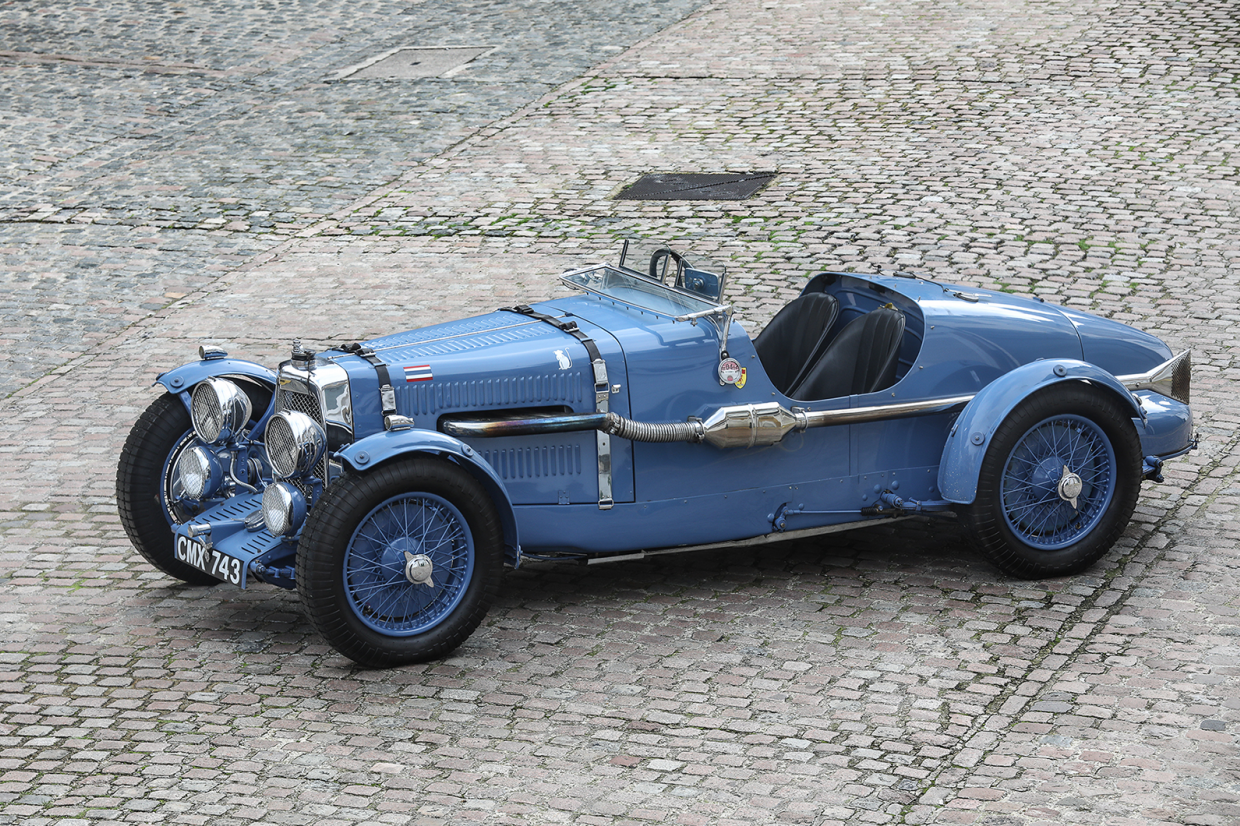 The ‘Passion of a Lifetime’ sale will take place in London on 1 April – which seems an apt date, given that you could be forgiven for thinking it’s all too good to be true. Fortunately that’s not the case and this collection is the real deal.

The cars are all offered by the same owner, whose identity Gooding isn’t revealing, although it does say that they hail from “one of the world’s most revered private collections and represent the culmination of decades of research, dedication, and a meticulous commitment to bring together the most coveted and valuable examples of European sports and racing automobiles of the 20th century.”

Every single one of the cars included is an interesting lot in its own right, but the 1961 DB4GT Zagato is probably our favourite.

Chassis 0176/R is considered to be one of the most original DB4GT Zagatos in existence – and considering only 19 were built, it’s also exceedingly rare. It comes with a jaw-dropping £7-9m estimate, which could even be described as on the low side, considering the last two to sell both made more than £10m. We’ll watch that result with interest either way.

The latter is described as “surely the most famous and recognisable” of the 21 Ulster customer cars produced. Delivered new to Princes Bira and Chula of Siam, it competed in the 1935 Tourist Trophy and could be yours for an estimated £1.6-2.2m. 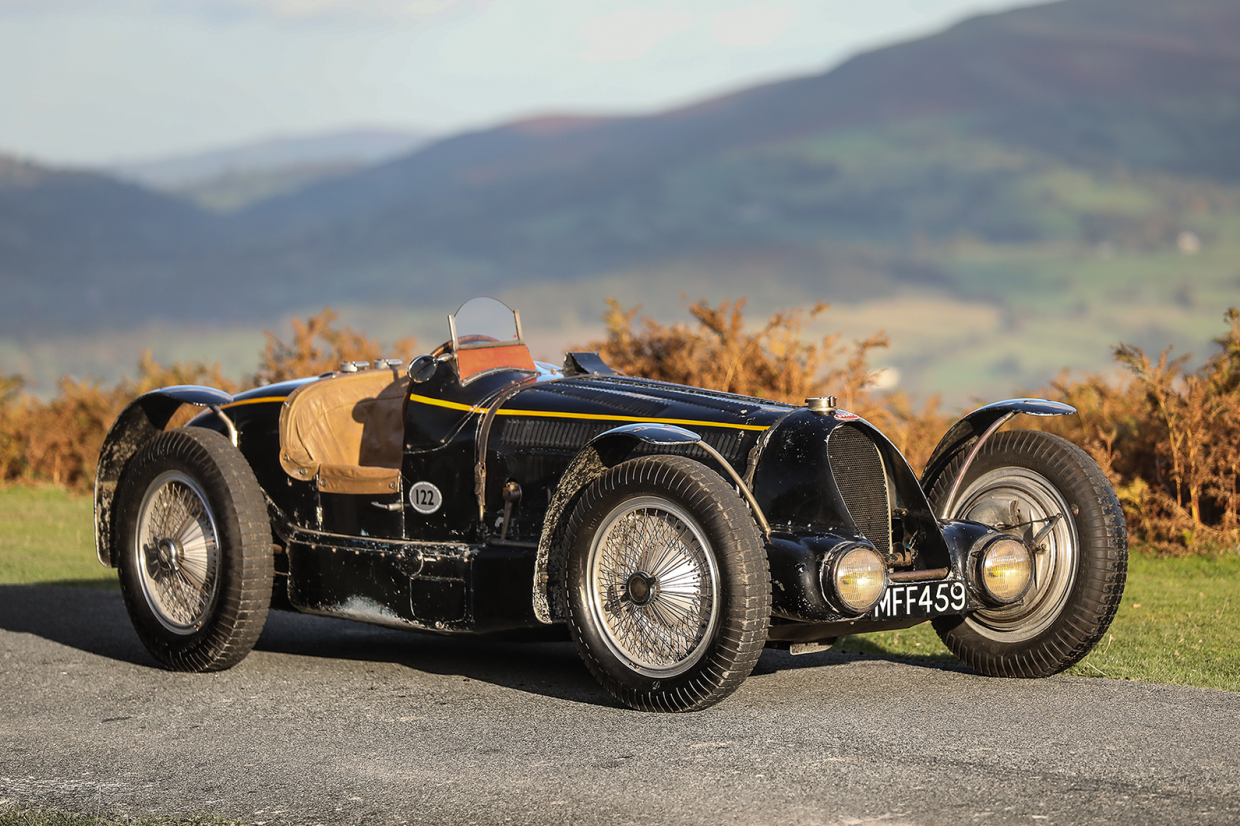 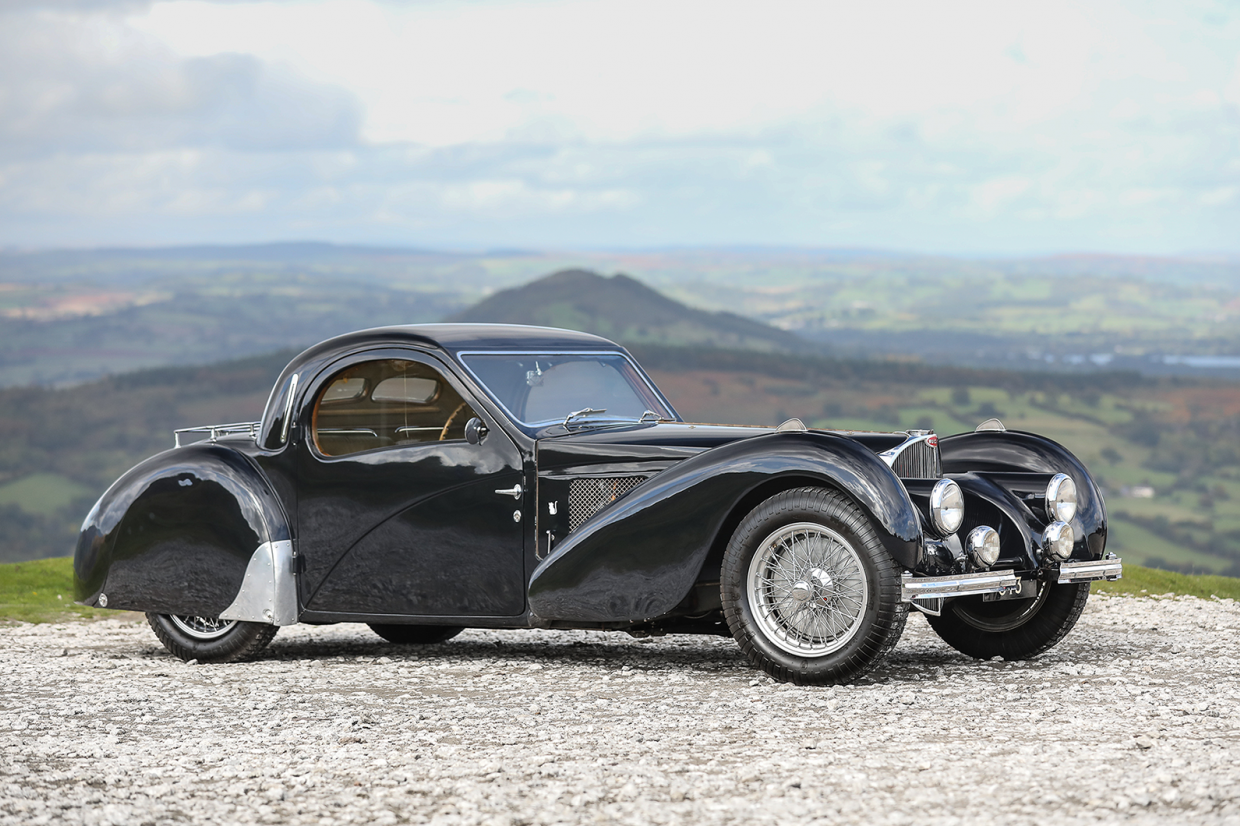 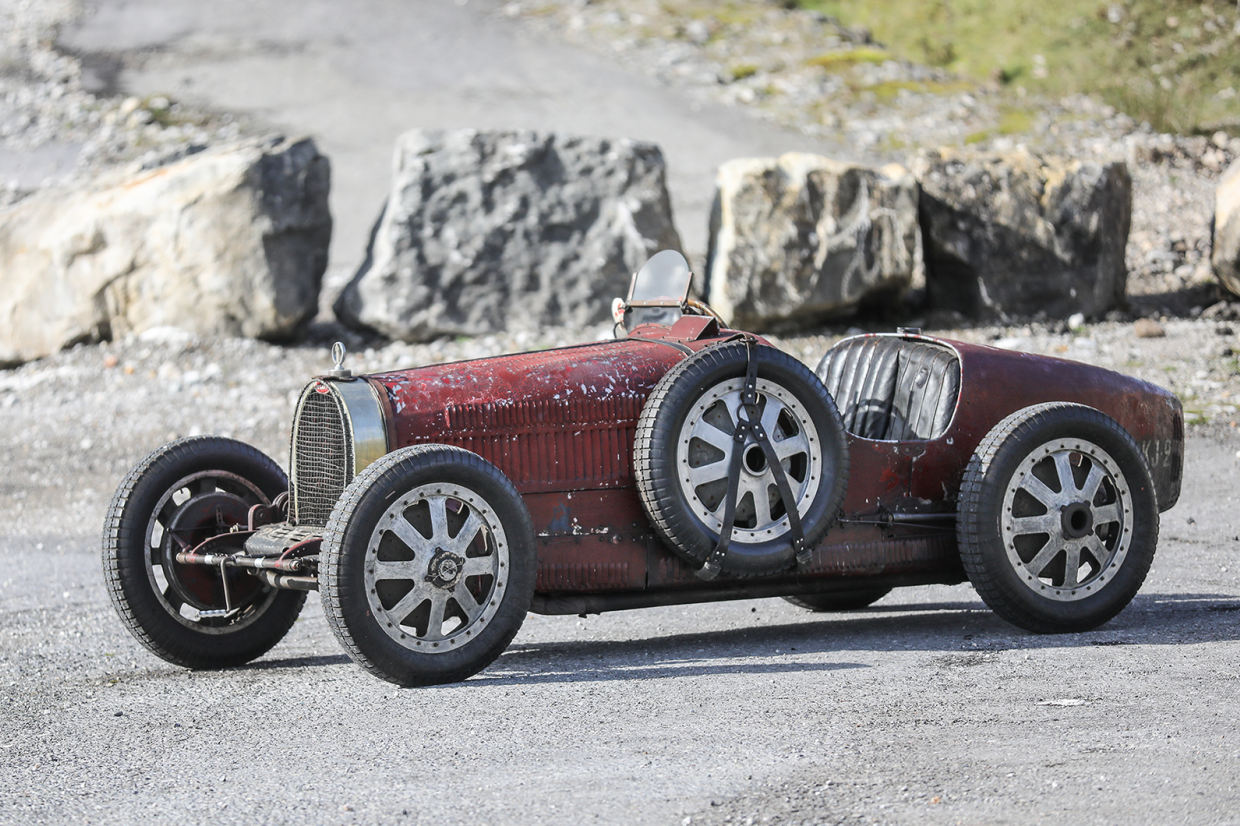 Three Bugattis will cross the block, too, including the catalogue’s highest-valued lot – the King Leopold 1934 Type 59 Sports, which carries a £10m-plus estimate.

This may well be the most famous of all sporting Bugattis, having scored massive success in the 1930s, including multiple Grands Prix victories, in the hands of such luminaries as Robert Benoist, Louis Chiron, René Dreyfus, Piero Taruffi, Achille Varzi and Jean-Pierre Wimille.

It retired from the sport in 1937 and was then sold to King Leopold III of Belgium – it goes to auction in gloriously unrestored condition.

The other Bugattis on offer are hardly much less notable.

First is the 1937 Type 57S Atalante, which carries a £7m-plus guide price. One of just 17 built with the breathtaking Atalante coachwork, it was delivered new to racer and enthusiast Earl Howe and recently benefited from a comprehensive restoration.

The 1928 Bugatti Type 35C Grand Prix, meanwhile, is valued at a mere ‘In excess of £3m’ and is another one to have raced in Grands Prix in period. 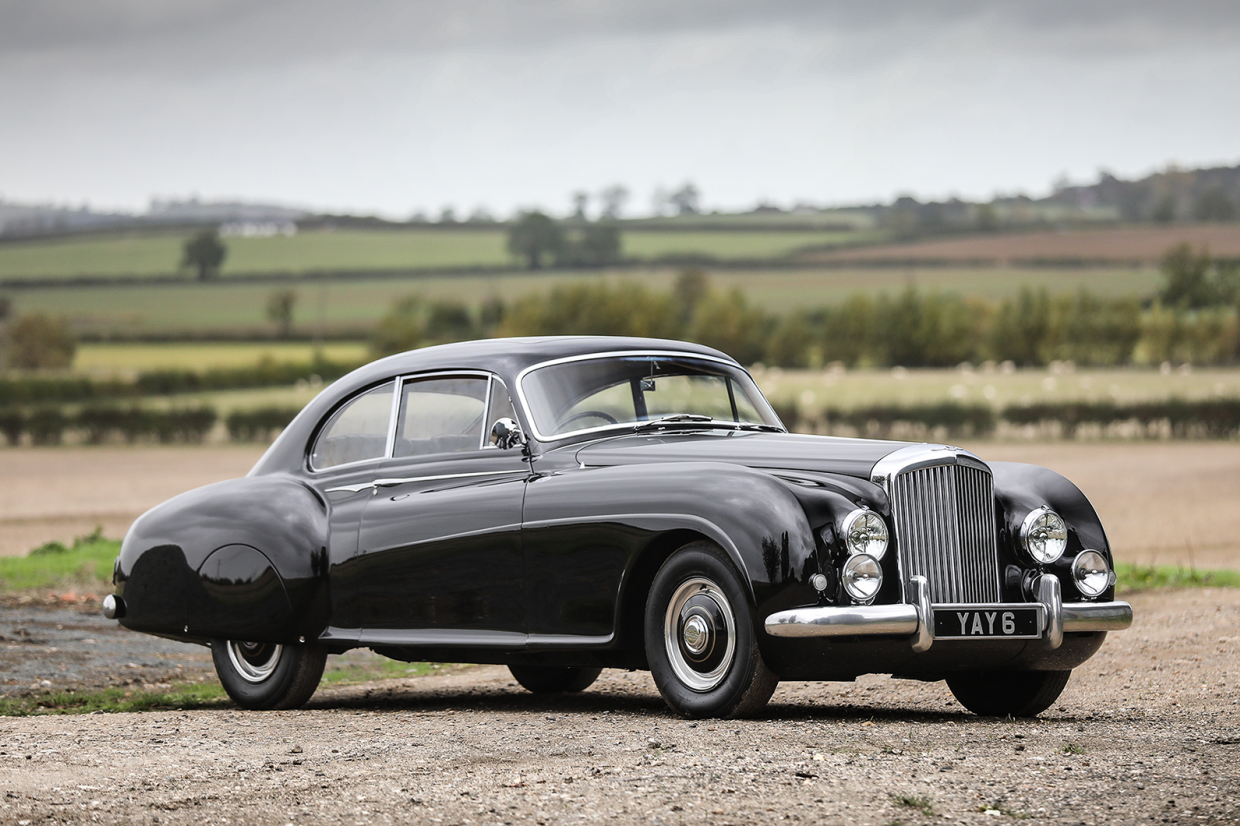 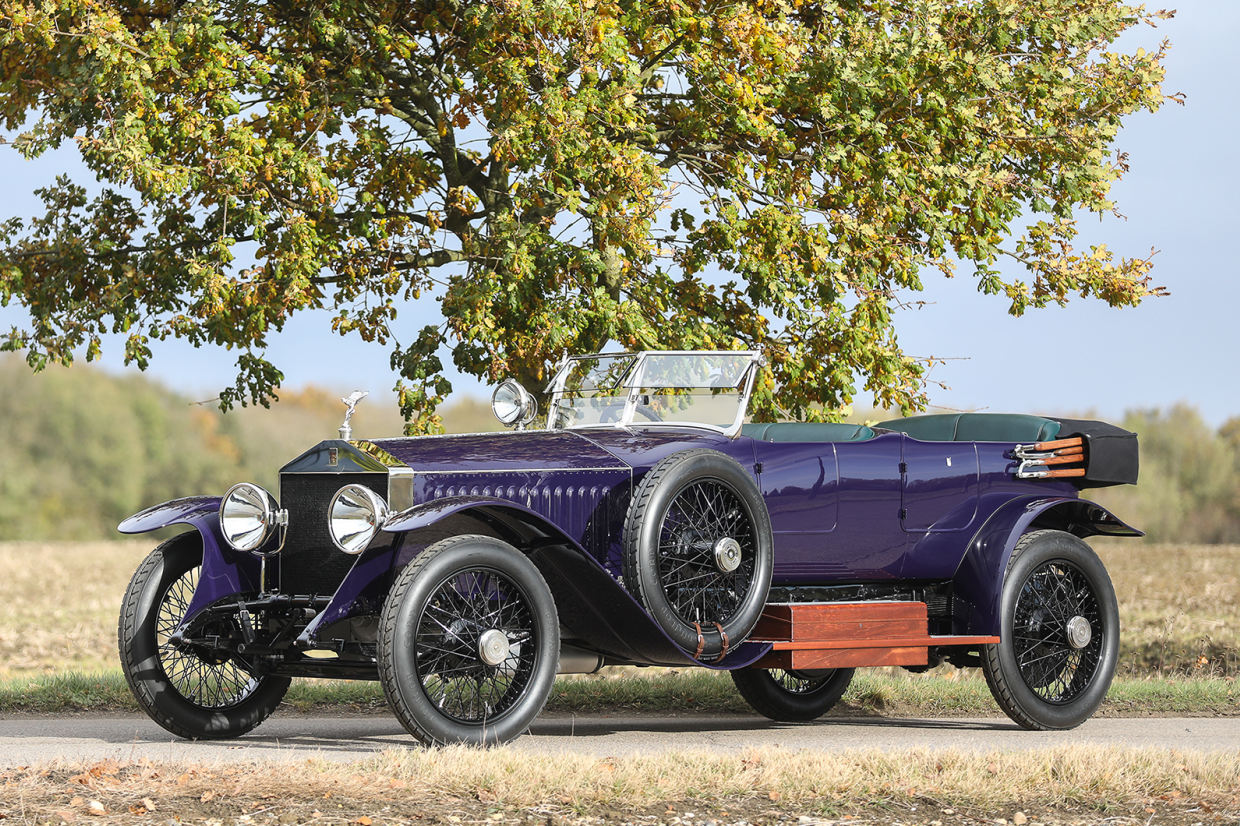 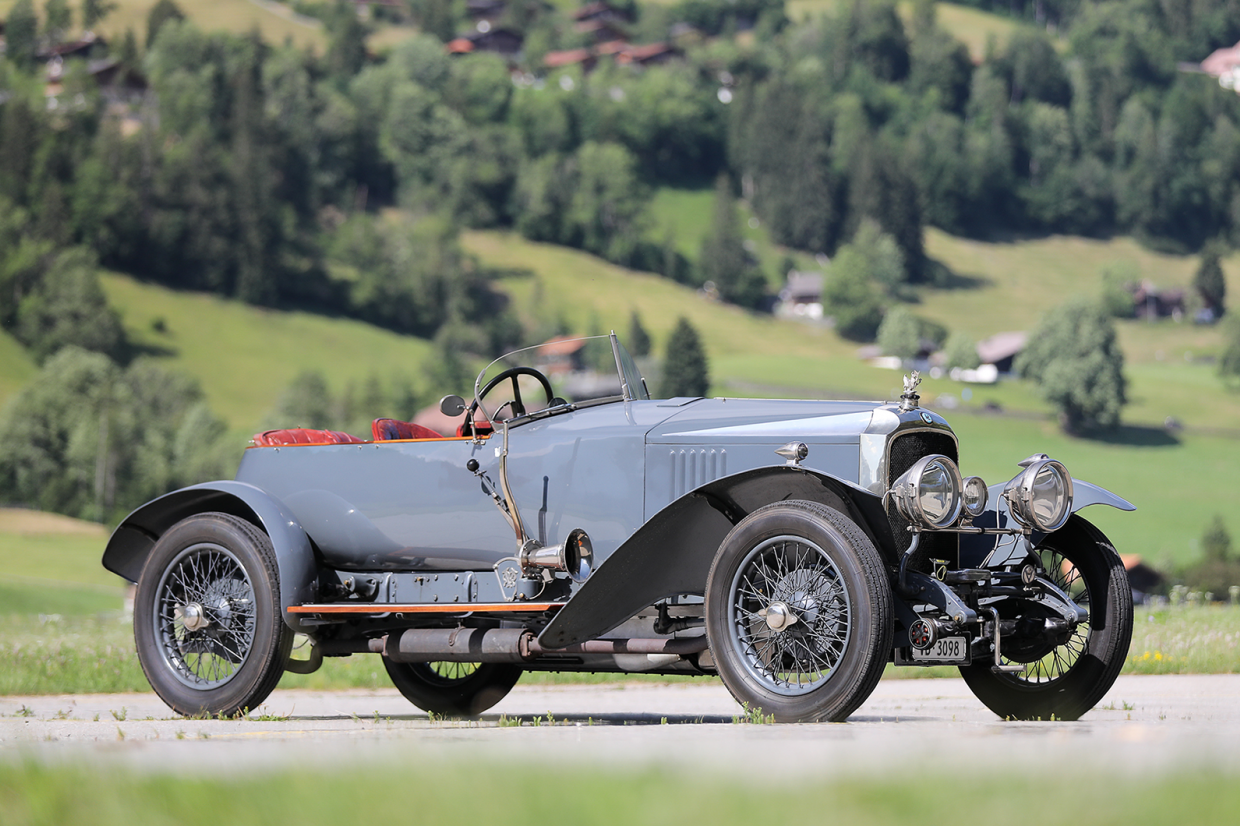 Returning to the Brits, the 1952 Bentley R-type Continental Fastback was one of five built to order for Briggs Cunningham’s racing crew chief, Alfred Momo, and was originally owned by Charles Moran Jr – the first American to race at the 24 Hours of Le Mans.

The Rolls-Royce on offer, meanwhile, is a 1919 Silver Ghost Alpine Eagle Tourer with quite the history behind it. Delivered new to a prominent Uruguayan politician, winemaker and ambassador to the Holy See in the Vatican, it carries a raft of period modifications including a short-throw gearbox, D-type steering rack, nickel fittings and French chassis plate.

A 1924 30-98 OE-Type, it’s one of only 12 to wear Wensum coachwork and is described as being “one of the finest surviving examples” of what was once England’s best high-performance car. 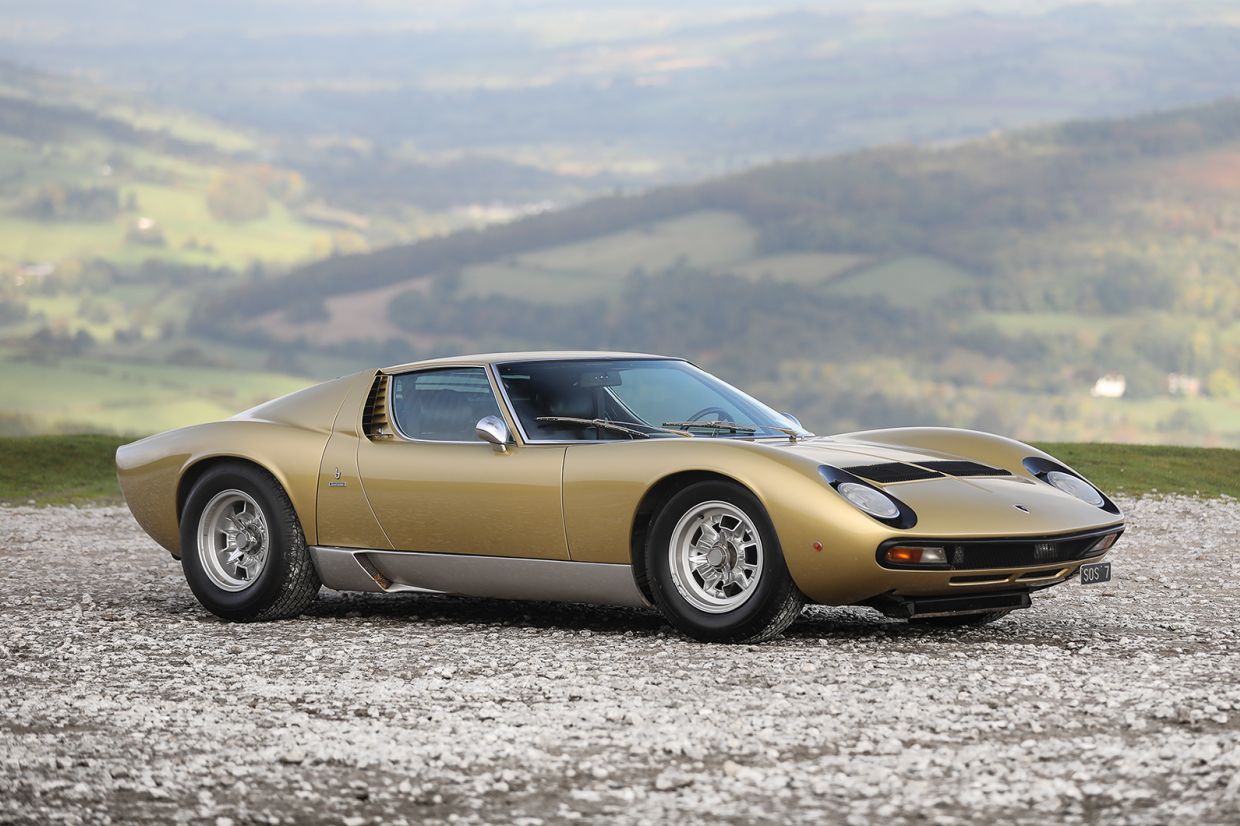 Fancy something a little more modern? Then you’ll be wanting one of the two Lamborghinis: a Miura in top-spec P400 SV guise and a 350GT.

The Miura was built to special order for French industrialist Jacques Dembiermont with specific mechanical requirements including experimental dry-sump lubrication and a ZF limited-slip differential, and comes with a guide price of £1.6-2m, while the 350GT is considerably cheaper at £400-550,000 but, in our eyes at least, only slightly less desirable. 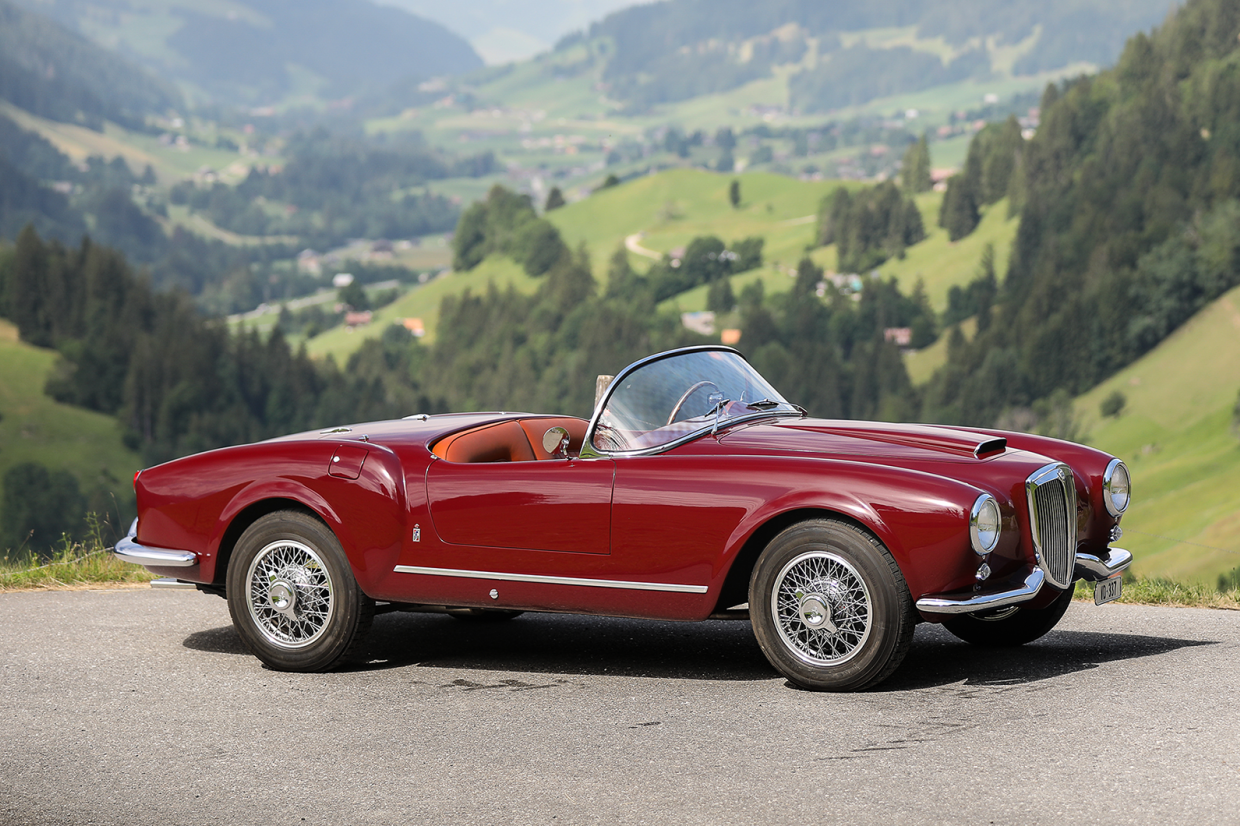 “Since Gooding & Company’s first event, I have been asked about conducting an auction outside the United States, and I have always said that it would have to be for an exceptional group of cars,” says Gooding & Company’s president and founder, David Gooding.

“I can proudly say this is that collection; containing some of the rarest European marques in existence, this is a once-in-a-lifetime opportunity. As a passionate automobile enthusiast, this sale is sure to be an unforgettable experience for myself, collectors, and car devotees around the world.”

The Passion of a Lifetime auction takes place at Somerset House in London on 1 April. A selection of the cars will be available to view before then at Rétromobile in Paris.

The 20 most expensive classics sold at Scottsdale 2020