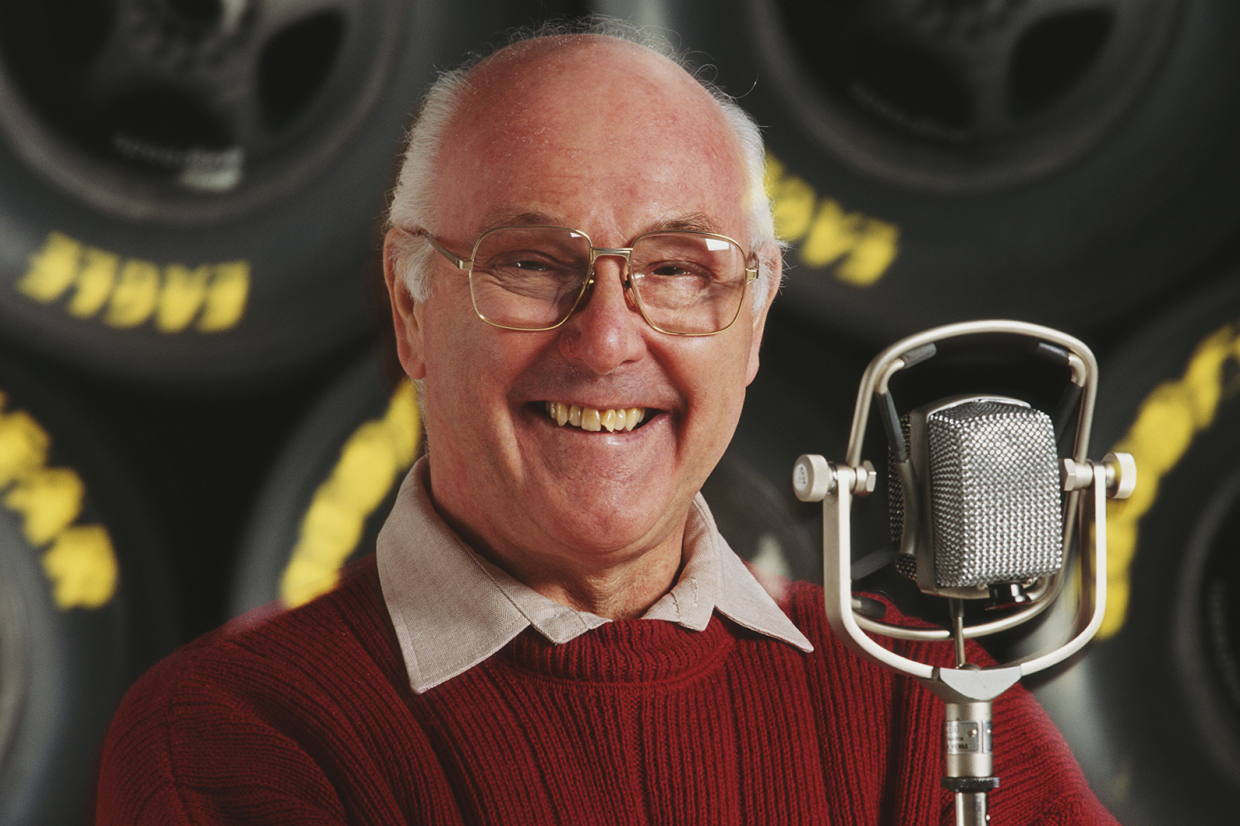 Murray Walker OBE, who died on 13 March 2021, aged 97, was the voice of Formula One for a quarter of a century, and his unmistakable style brought the sport to a new TV audience of tens of millions.

What made him different was the affection he generated, earning an almost pop-idol fame which always mystified him. To a world much larger than mere motor-racing enthusiasts, he was just ‘Murray’.

His father, Graham, was a top motorcycle racer in the 1920s and ’30s, went on to edit the magazine Motor Cycling and became a regular radio commentator.

Murray, born Graeme Murray Walker on 10 October 1923, followed in his footsteps, first as a ’bike racer without great success, and then at the microphone. 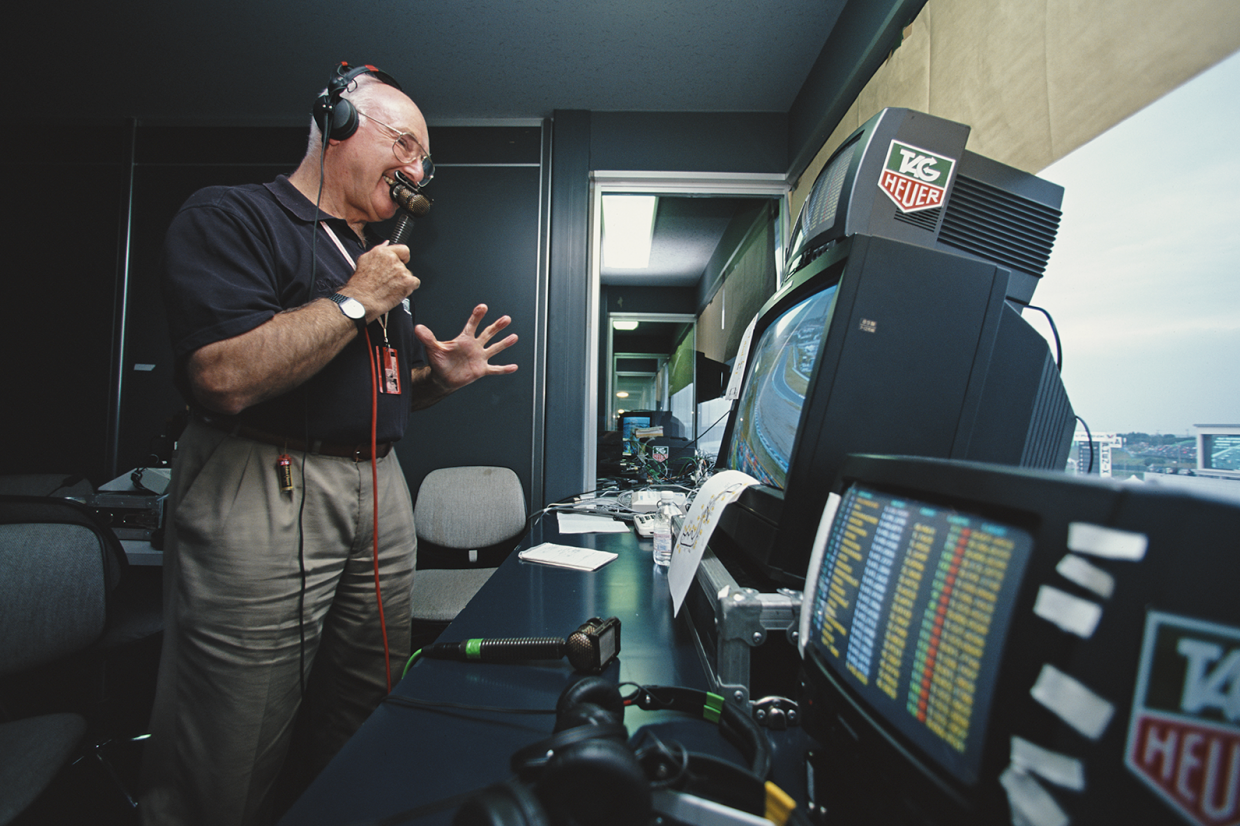 His first four-wheeled broadcast was at the 1949 British Grand Prix, but through the 1950s he was BBC Radio’s motorcycling expert.

He came to TV via motocross and then autocross, and soon he was being called on to commentate on any motorised sport – touring cars, F3, truck racing, even powerboats – except Formula One, which remained the preserve of the urbane, measured Raymond Baxter and, in any case, was not regularly covered.

That all changed in 1978. James Hunt had won the 1976 championship, F1 had risen sharply in popularity, and the BBC started showing edited Sunday night highlights of each F1 race, voiced by Murray.

Soon it was doing more and more live coverage. At first his frantically excited delivery was not popular with the traditionalists, but his audience grew rapidly. Before long he was an integral part of the sport and a respected member of the F1 paddock.

In 1980 the BBC hired the just-retired James Hunt to be his co-commentator. Initially this filled Murray with dismay, but their mix was hugely entertaining and widened the audience further.

After Hunt’s death in 1993 the duo format continued with Jonathan Palmer and then, when the BBC lost the F1 contract to ITV, Martin Brundle. 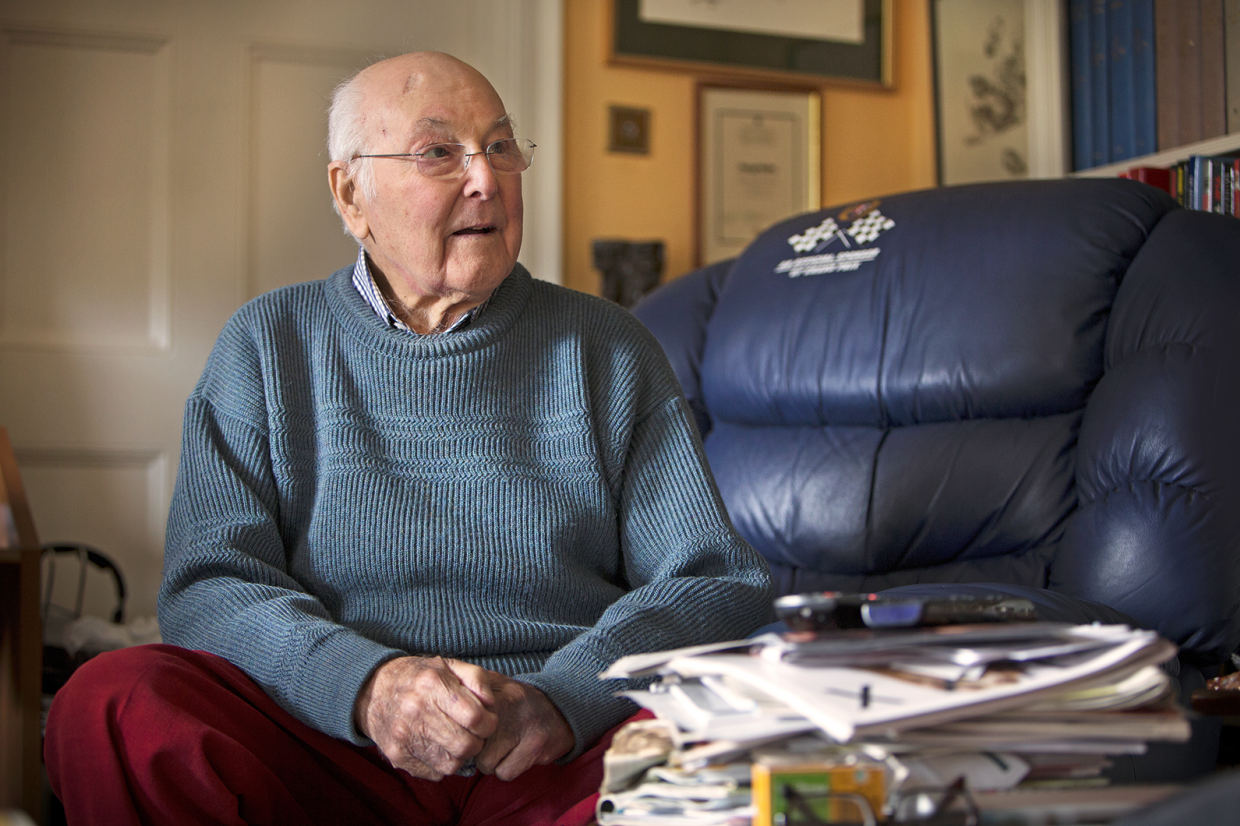 Murray’s work ethic and prodigious energy allowed him, despite up to 40 broadcast events a year and the constant travelling it involved, to continue his career in a major advertising agency until he was nearly 60. He continued to cover every F1 race until he was almost 78, signing off at the end of the 2001 season.

The secrets of his success lay in hard work – his research and preparation were meticulous – and the fact that his passion and excitement were never artificial: they were always entirely genuine, whether describing the most exciting F1 race or a minor F3 event.

After his retirement he wrote a best-selling autobiography called, with typical self-deprecating humour, Unless I’m Very Much Mistaken, a reference to the hilarious errors he occasionally made in the heat of the moment.

He continued to be in demand for after-dinner speeches, corporate presentations and, still, the occasional broadcast. Until his death he remained better-known by the general public – and better-loved – than most F1 drivers.