Celebrating the works of the late Jacques Coune 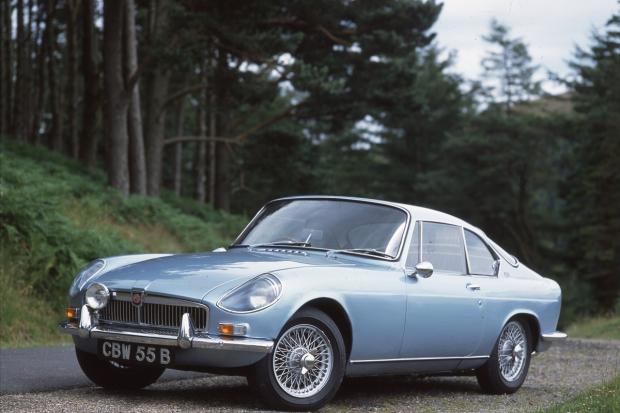 A couple of months ago – on 7 February to be precise, aged 88 – one of those unsung leftfield figures that fascinates me passed away.

They trigger something that makes us desperate to learn more about them and their undervalued and undercelebrated works. Nothing seems to get an enthusiast's knowledge-thirst antennae waving around more than a good old boy who plugged away privately, driven and determined, but rarely hitting the mainstream and never hitting that seam of gold.

Jacques Coune was definitely one of those.

Coune's not so obscure, of course, that you won't know the name or have heard of – perhaps even seen – an example of his Coune MG Berlinette, but it would be a shame if that were the only memorial he received.

So I have set myself a mission to tell you a little more, in tribute to Jacques Coune himself and all those other unheralded men and women whose contributions to motoring will never make it into the newspapers and rarely make it into the history books.

Coune is a perfect candidate for this because he is so typical of the breed: racer (Ferrari 166M no less), garagiste turned coachbuilder, and  importer, a man who never gave up, did some lovely things, but never "made" it.

Coune was born in Belgium in the mid-1920s into a motoring family and formed his own garage after the war, concentrating on repairs and servicing.

It wasn't long before his creativity started bursting out, though, via hard-tops (Coune was the Belgian equivalent of Lenham), and building shooting brakes on everything from Merc 220s to BMW 700 and Neue Klasse 1800.

It may not have made him money, but it did help to make his name familiar in motoring circles as did his import and distribution of ISOs and Abarths.

Ditto his founding interest in the Ecurie Nationale Belge for which he bodied an unsuccessful F1 car based on an Emeryson chassis and running a Maserati engine, which was driven by Lucien Bianchi.

That would be plenty for most people, but we haven't even touched of Coune's most revered work yet.

First there was his work on Volvos, starting with an Amazon two-seater roadster and followed by a quarter of 122S Cabrios, all beautifully finished and showing high levels of craftsmanship (on left).

And then there was the Coune MG, the little Berlinette that he produced two years before the Abingdon company came up with its own GT.

With faired-in lights and kamm tail, it looked like a baby Ferrari 275GTB… and that was its downfall. The biggest contributing factor to Coune not "making it", after all, was when this renosing and fastbacking of the MGB was turned down by BMC because it looked too Latin.

Still, it was testament to the Coune MG's appeal that more than 50 were built.

Not much else came out of Carrosserie Coune before it closed in 1970, but there were other projects, including an even more wild take on the MG, called the Gemini and having a targa roof. And a Peugeot 204 Coupe de Ville.

In terms of cars on the road, Jacques Coune's contribution to motoring history was slender. You could even argue that his influence and importance didn't amount to all that. But Coune is one of thousands of fringe characters who, added together, make up an army whose overall contribution is immense.

That's why we should celebrate Jacques Coune and all of his ilk.