Also in my garage: Scalextric 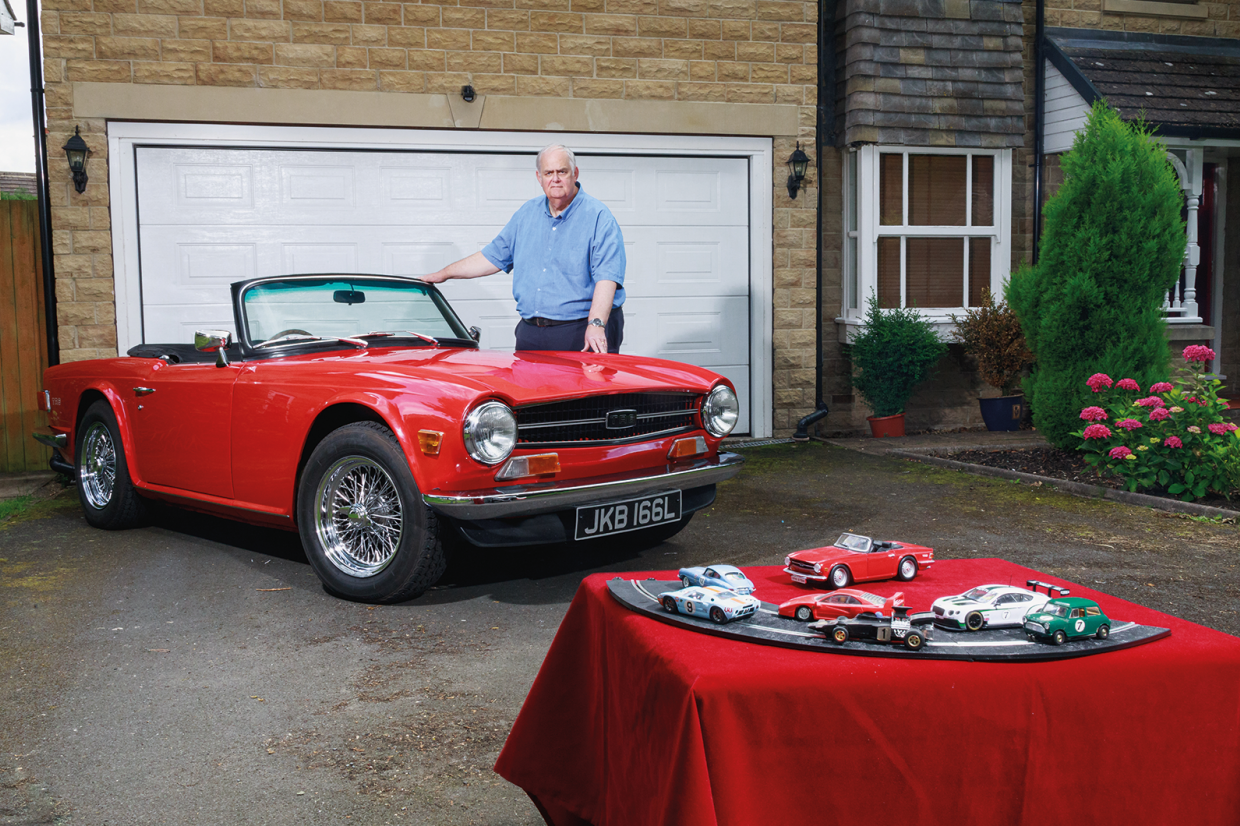 Few experiences stir the emotions or trigger the memory quite like the clatter of a plastic car against a skirting board and the smell of hot Scalextric controllers.

For Martin Baines, a passion for slot cars that began in his early childhood never left and over the decades he has amassed one of the most impressive slot-car collections in the country.

“Growing up in the ’60s, Scalextric was a very sought-after toy, but it was quite expensive,” explains Baines. “I managed to get my hands on an early catalogue when I was five or six, but I was 10 before I got my first set – a four-lane ‘Set 80’ – in 1965. I fell in love with it there and then.

“I started collecting the cars, which even at that time were pretty good replicas of what people were racing on real circuits around the world. A love of motorsport developed through what was my most treasured toy as a child.

“I started collecting and buying other people’s cars when I became a teenager, and I’ve been accumulating them on and off for 50 years.” 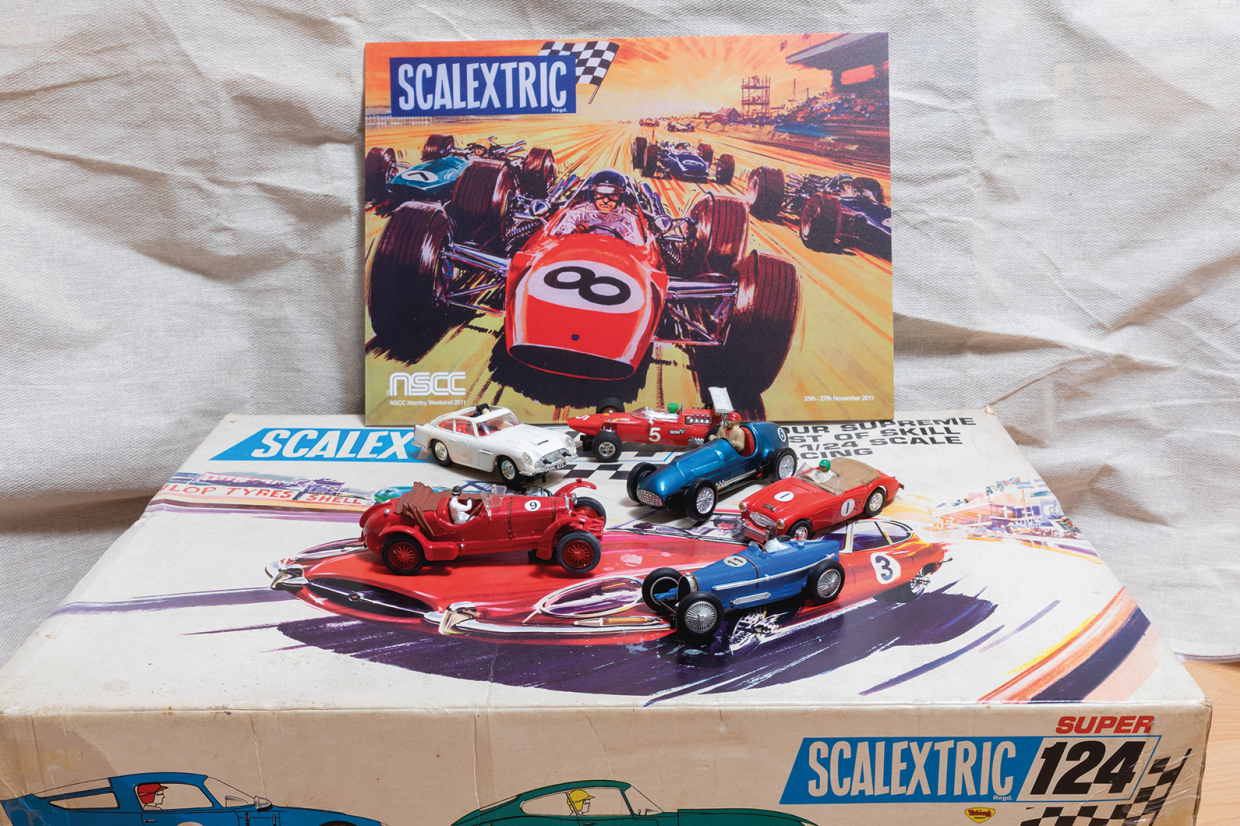 “Later on,” he continues, “I found the National Scalextric Collectors’ Club [NSCC], which was formed in 1980, and through that I discovered swapmeets – amazing events all over the country where you could buy cars and accessories that were hard to find.”

Over the years Baines’ collection has grown to include well over 2000 cars, ranging from the earliest days to the modern era.

“Initially, it was very much about buying all the cars that I didn’t have when I was a boy. I got all the early tinplate stuff from 1957 onwards and all the ’60s cars, plus all the accessories and buildings.

“I don’t have all of the colour variations, but I have an example of every car the firm produced from the very beginning right through to the mid-’80s. That took a little bit of doing!”

“The C70 Bugatti is the Holy Grail,” says Baines. “There’s probably only 50 left. It was produced for a limited time from 1964-’67 – you had to order it from the factory and they were mainly sold to reps.

“The problem was, they didn’t run great on the track, so they only appeared for a very short time. Unlike some of the others, they were never reissued.” 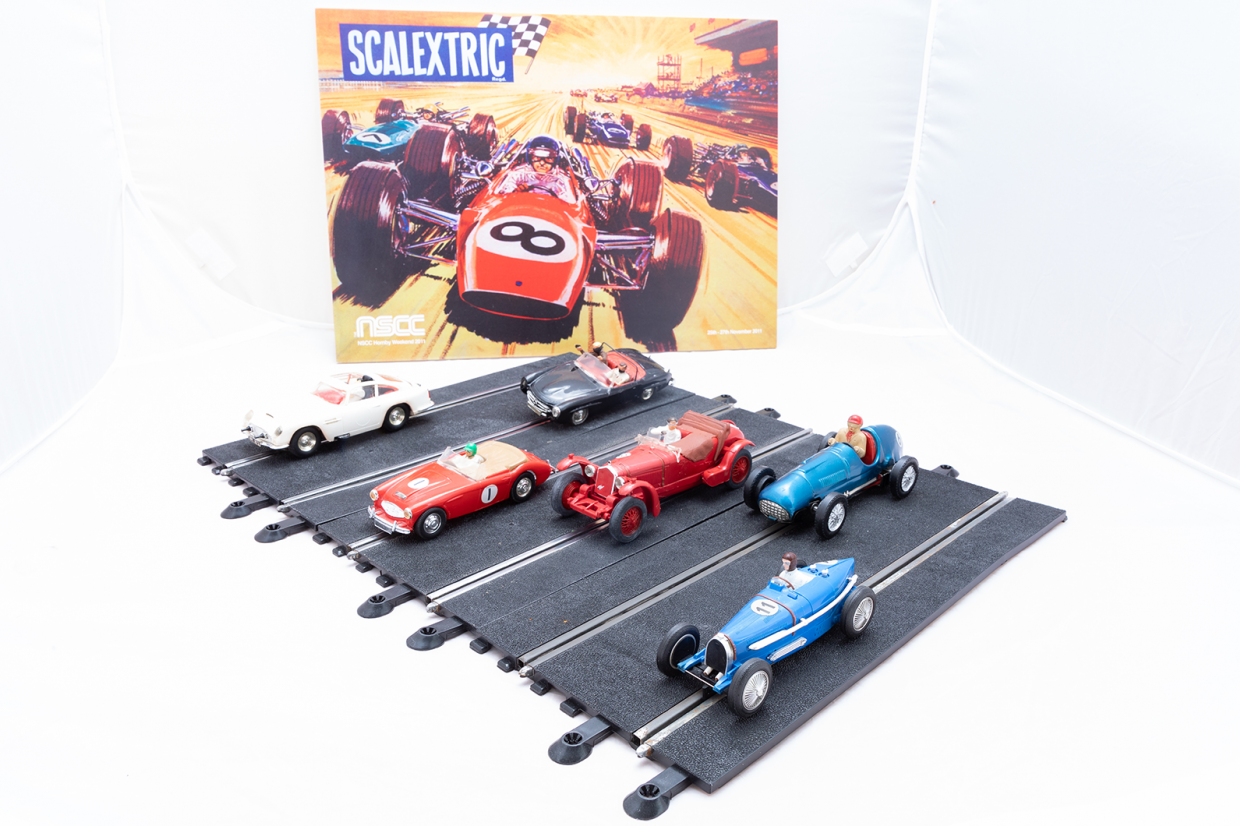 The Bugatti was bought as a retirement present after a chance offer from a seller on eBay.

“You have to be careful because there are so many copies. There are certain telltales: if you get a magnifying glass out you’ll see ‘Dunlop’ on the tyres – you can hardly see it with the naked eye. You’re lucky if you find one; I just happened to be in the right place at the right time.”

Ranking among the most collectible models are the James Bond Aston Martin DB5 and Mercedes-Benz 190SL, valued at £500 apiece. “You’ll pay nearly £2000 for the set, boxed,” says Baines, which of course he has.

Also highly prized is an Alfa Romeo 8C, one of a number of limited editions produced exclusively for the NSCC.

Having captured all the unicorns, Baines now indulges his other passion, a ’72 Triumph TR6: “When I was a young bobby one came past me and I thought it looked stunning. I promised myself one when I retired, and TR Bitz restored it to my specification. They’re such fun to drive, with bags of torque. It’s won a show in Bradford but it’s no show queen; I just enjoy driving it.”

Also in my garage: classics on road and track