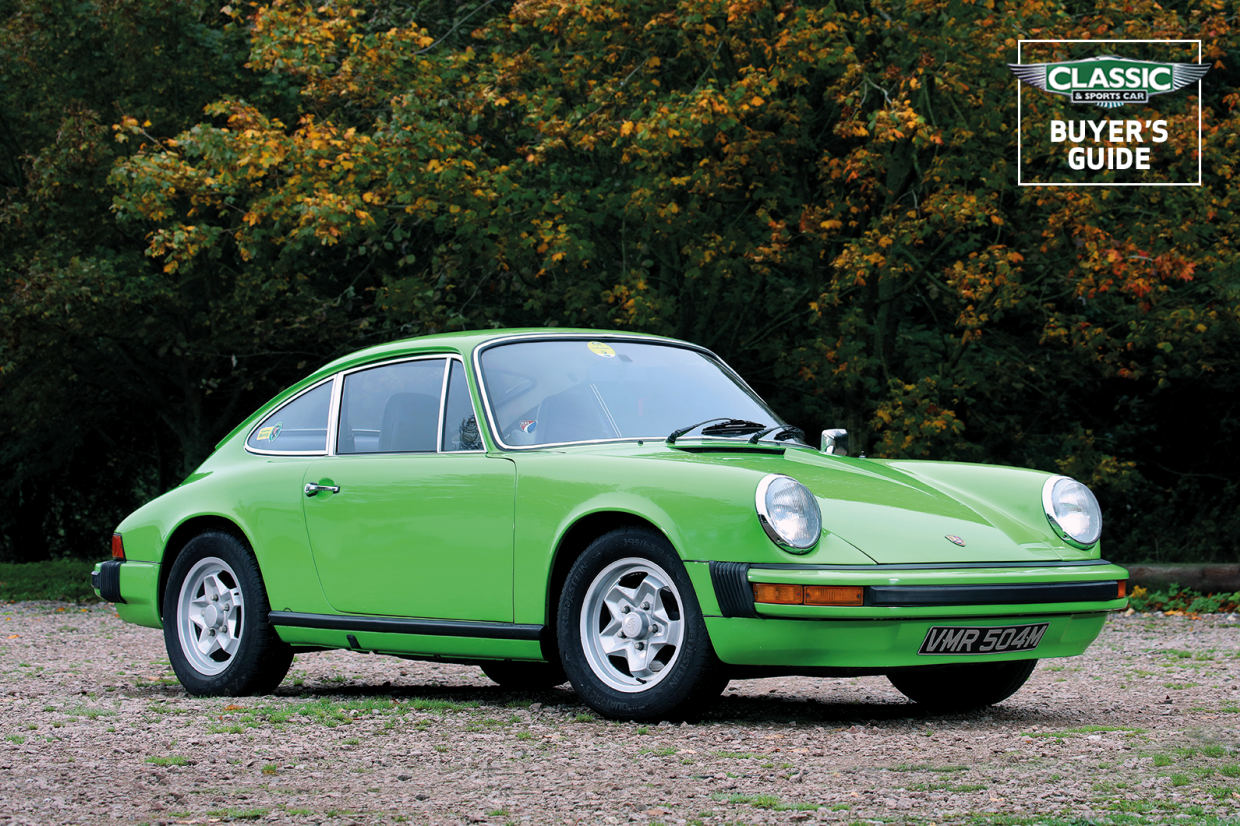 After 10 years of production, the delicate and tail-happy original 911 had matured, with a longer wheelbase, some tougher bumpers and a robust, powerful engine.

Though never cheap, the 911 was well made and more durable than most sports cars of comparable performance – and more practical than many, with rear seats for children and sensible luggage space. It would still punish the careless, but in the hands of a skilled driver it was sensational. Porsche’s progressive development concentrated on increasing flexibility and refining the 911 to make it less raw – but there was a turbo for anyone wanting the ultimate driving challenge.

As sophistication and equipment were added, power outputs rose just enough to maintain performance levels. The run-out Club Sport of 1988 was only fractionally faster than the Carrera RS 2.7 Touring of 1973, but the 1980s 911 was without question a more usable everyday car – and remains so today. 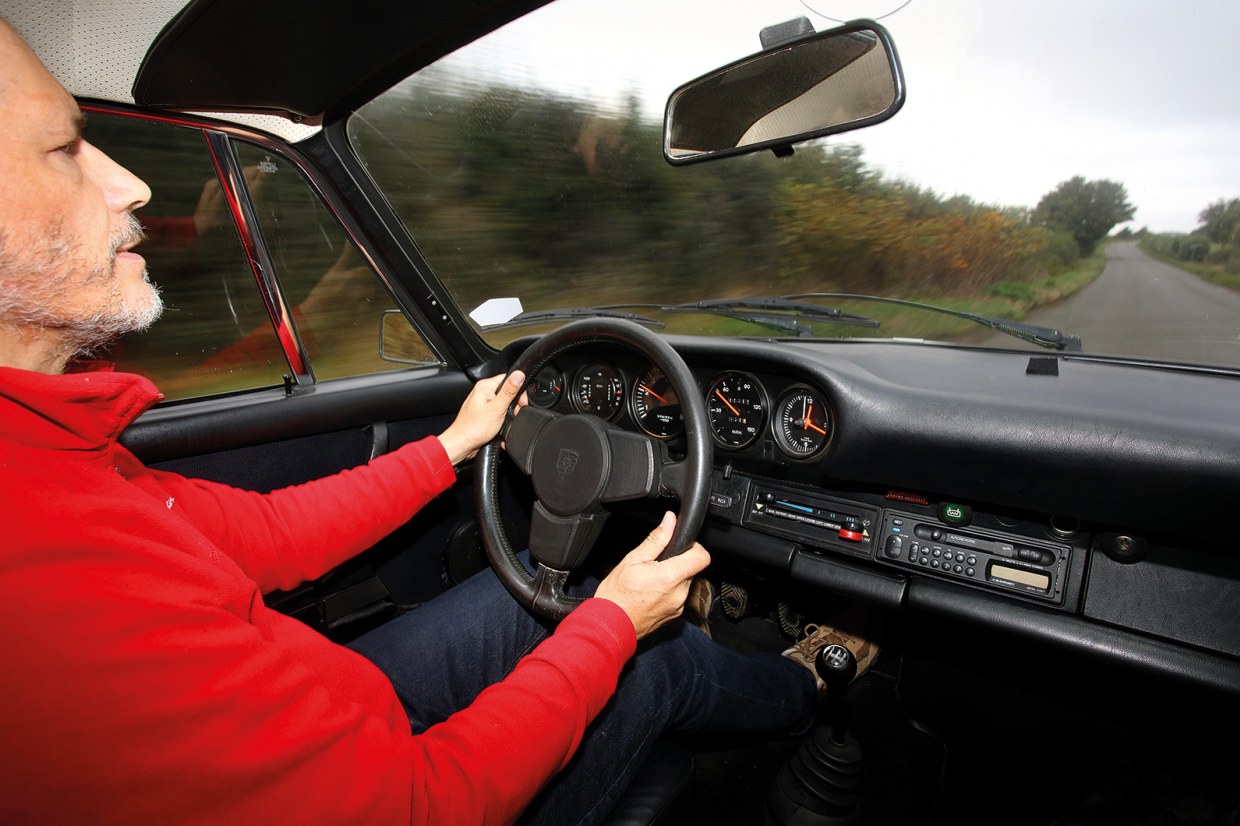 The classic 911 rewards sensitive driving, getting your braking done early and powering out of bends

Rust, despite the galvanised bodyshell from late 1975, remains the buyer’s biggest challenge on all 911s through to 1989. Start by checking the sills, then the ‘kidney bowl’ panels that run up from the back of the sills inside the rear wheelarches, just behind the B-post. Bodging is common here, and proper rectification costly.

On sunroof cars, the drains block and rot the screen pillars (front and rear), and on all cars rust can take hold below the windows. Check the front wings around the lights (new wings are £1000 each); the bottoms of the doors; A-posts; B-posts; the front boot floor, especially below the battery; floorpans front and rear; rear seat pans; and the torsion tube where it goes through the chassis legs. Look also for corrosion around these main rot areas, where past repairs are beginning to fail at welded joins.

Most UK 911s of this era have had at least one restoration already, and it’s unlikely to have been no expense spared. There’s a lot to be said for buying a ‘dry state’ US car that will require some expenditure on de-restricting tired mechanicals and replacing sun-dried trim, but that only needs a respray over a largely rust-free bodyshell.

Rare models from this era command strong money, yet there are still reasonably priced 911s that offer a little less pace but all the same style and practicality. Buy on condition, rather than spec, if you want a car to drive and enjoy. 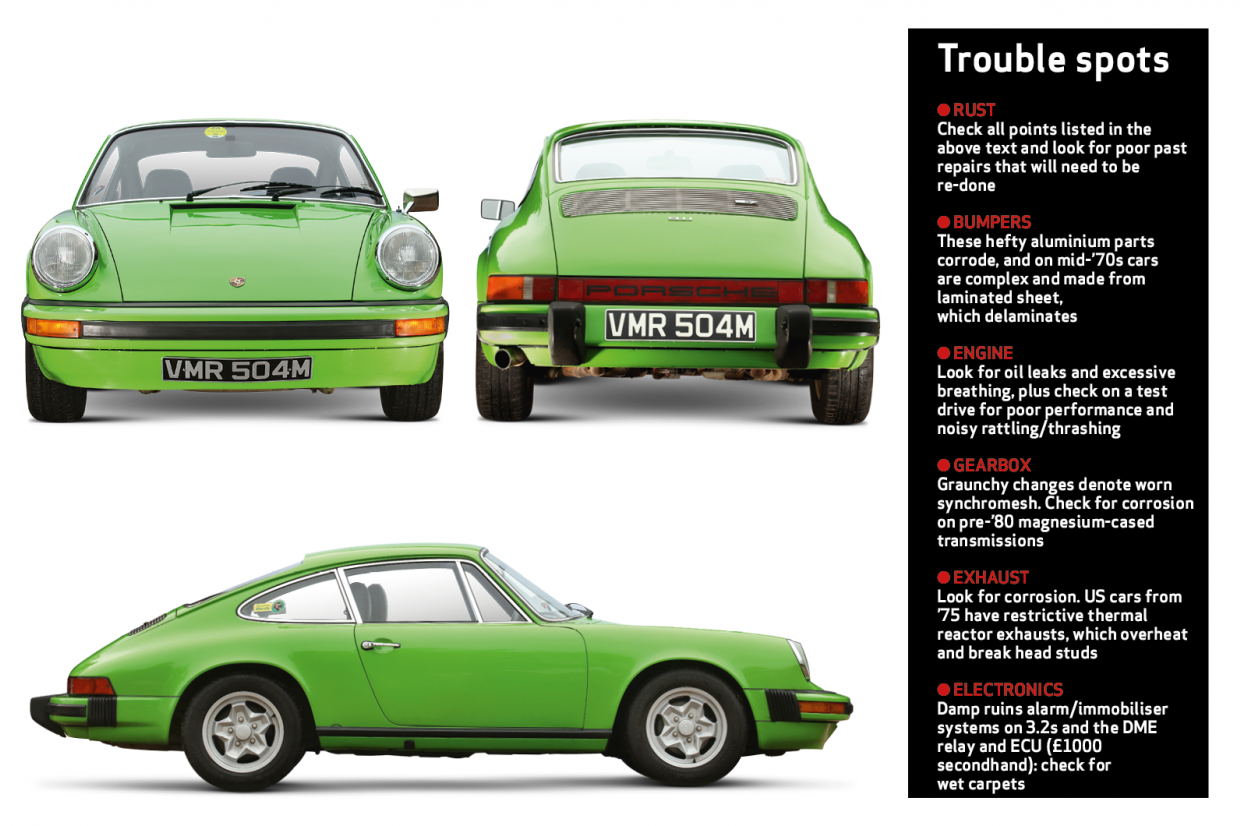 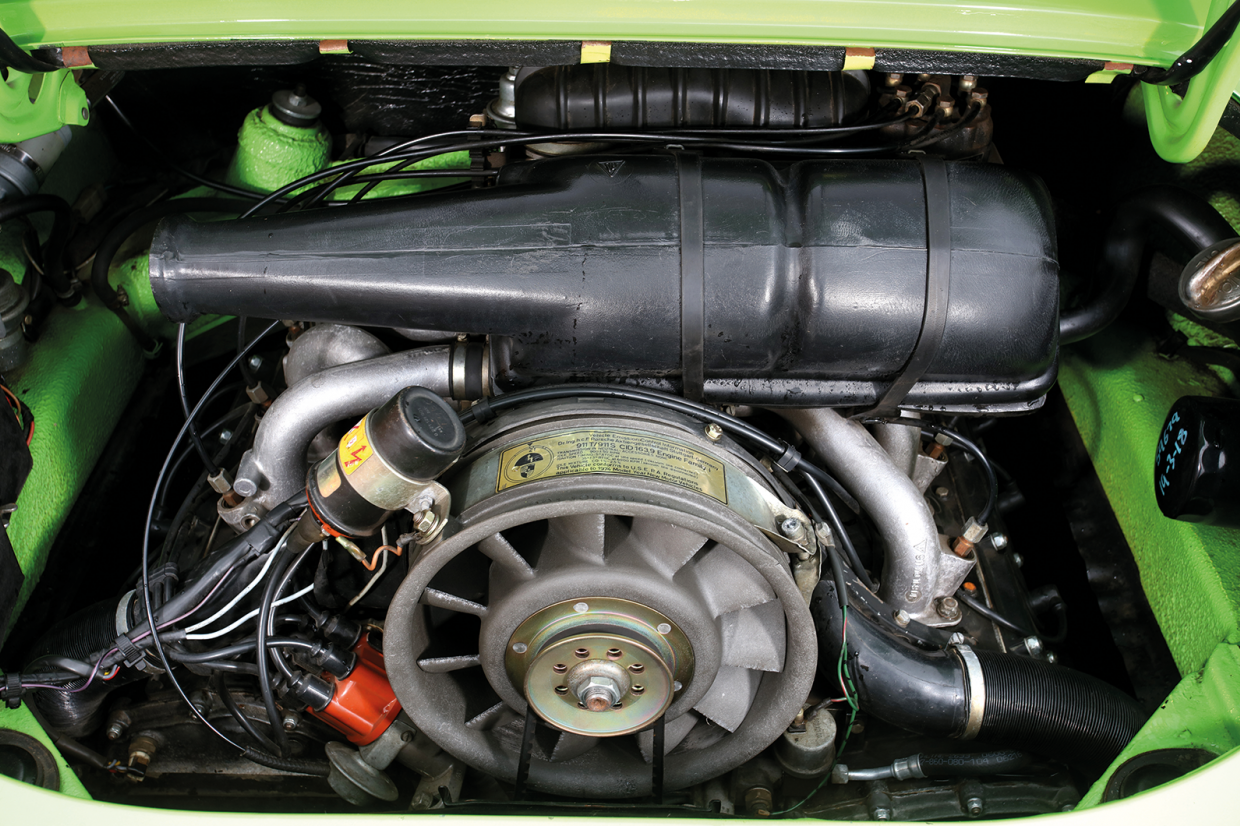 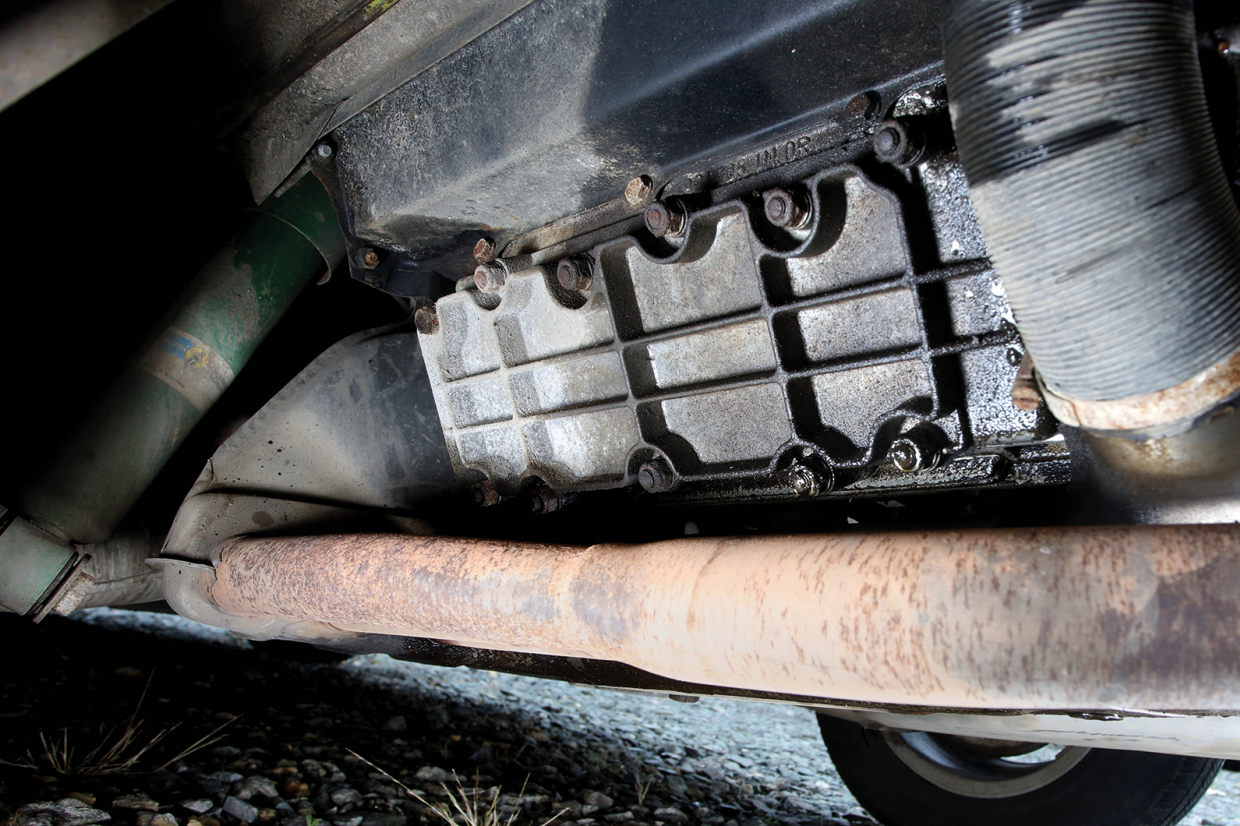 Look at the underside of the engine to check the condition of the heat exchangers, which rust, and the heads and crankcase for leaks and corrosion. 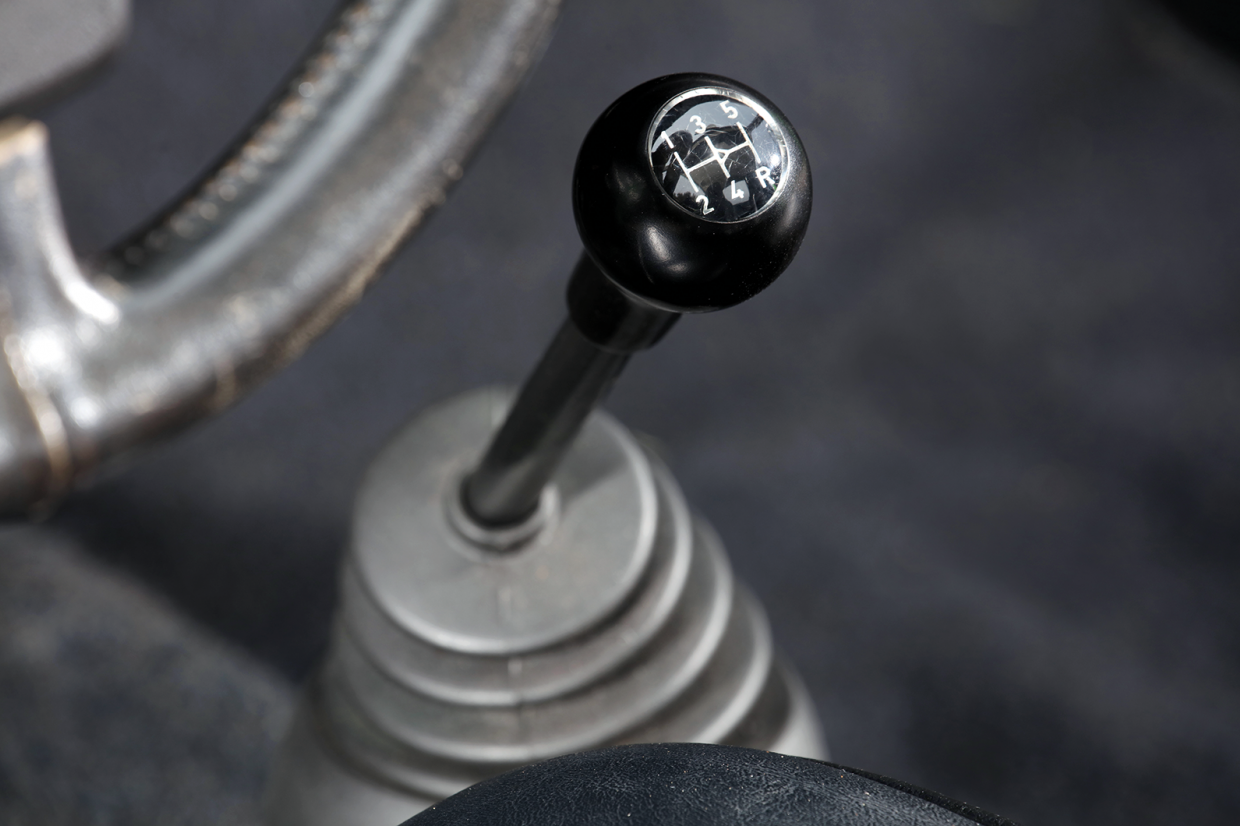 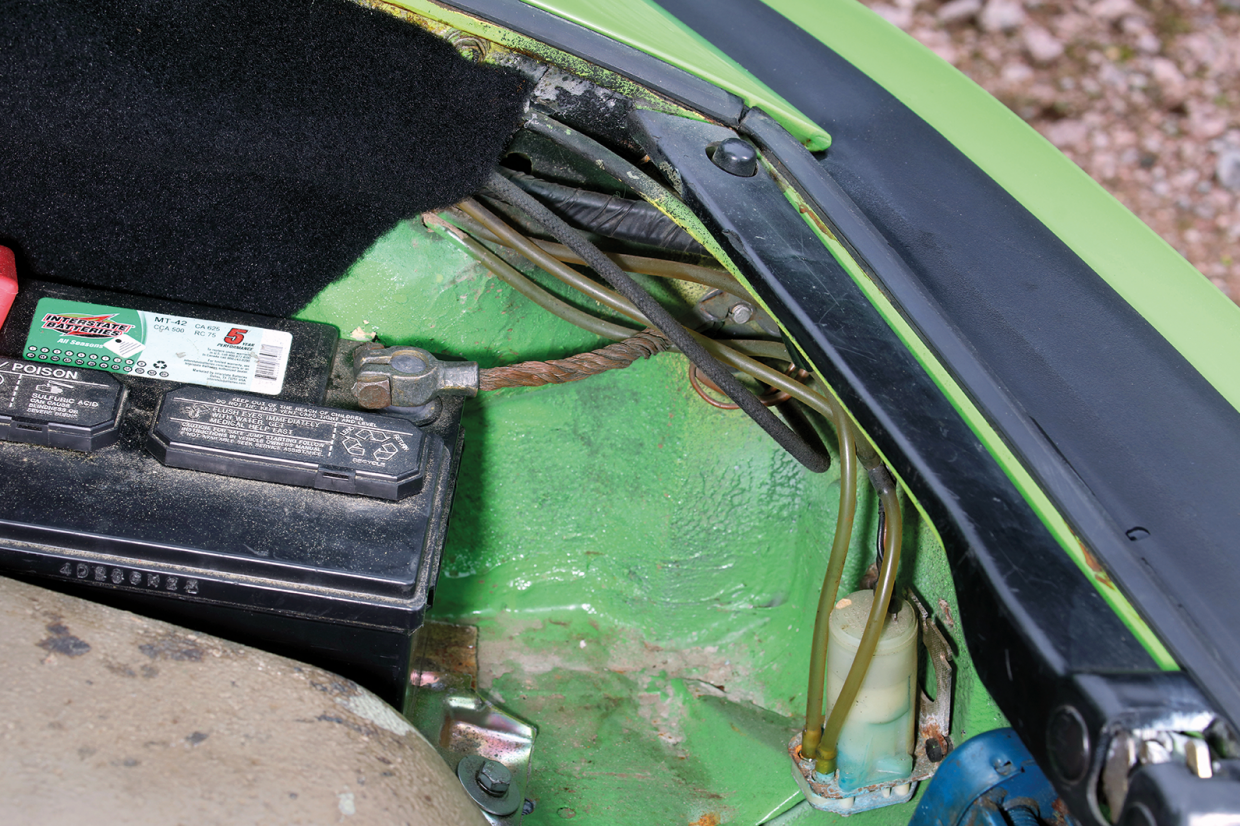 Most had a 5-speed gearbox; some early cars were 4-speeds, and a few Sportomatics. Improved G50 ’box with hydraulic clutch from late ’86.

Check in the front boot, especially in the corners and under/around the battery tray for rust, poor repairs and signs of past accident damage. 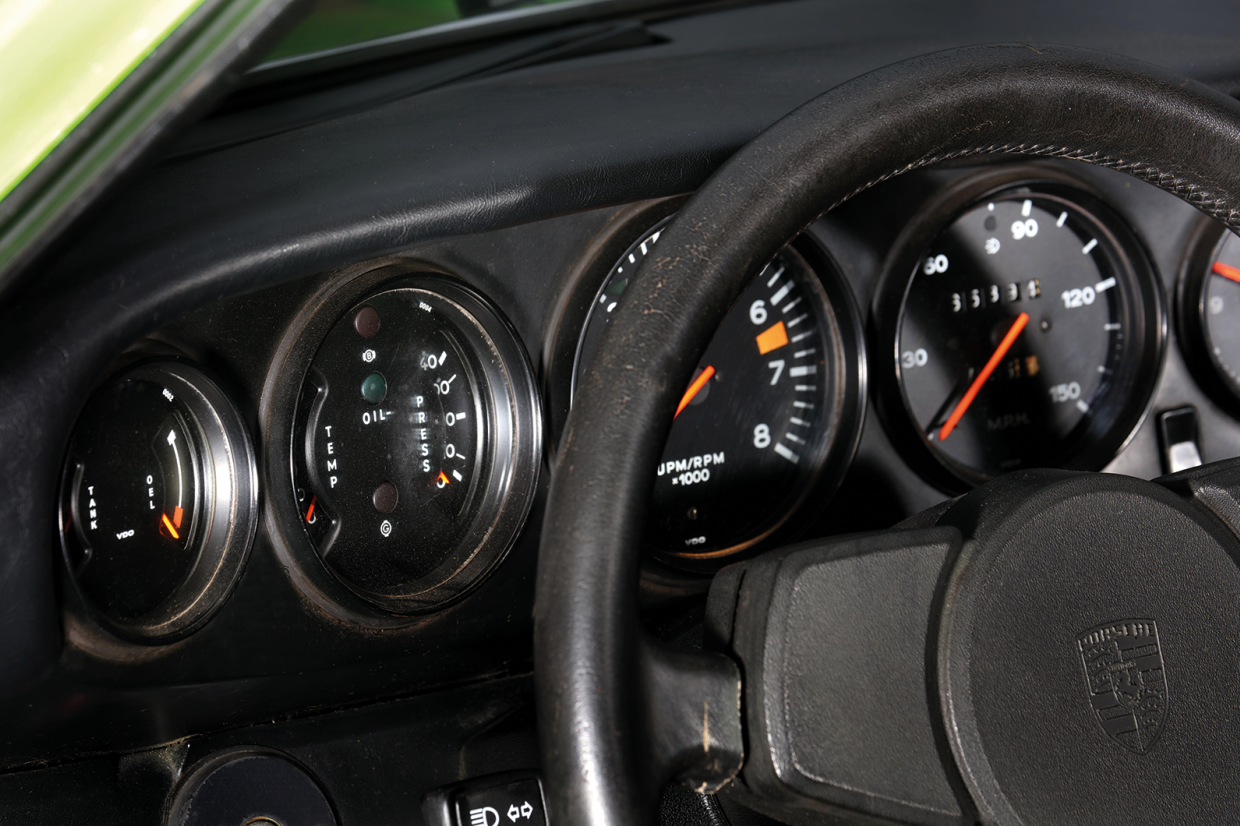 Check dashboard top and surround for distortion and cracking, and that all instruments work. A healthy oil pressure is 4bar at 4000rpm, warm. 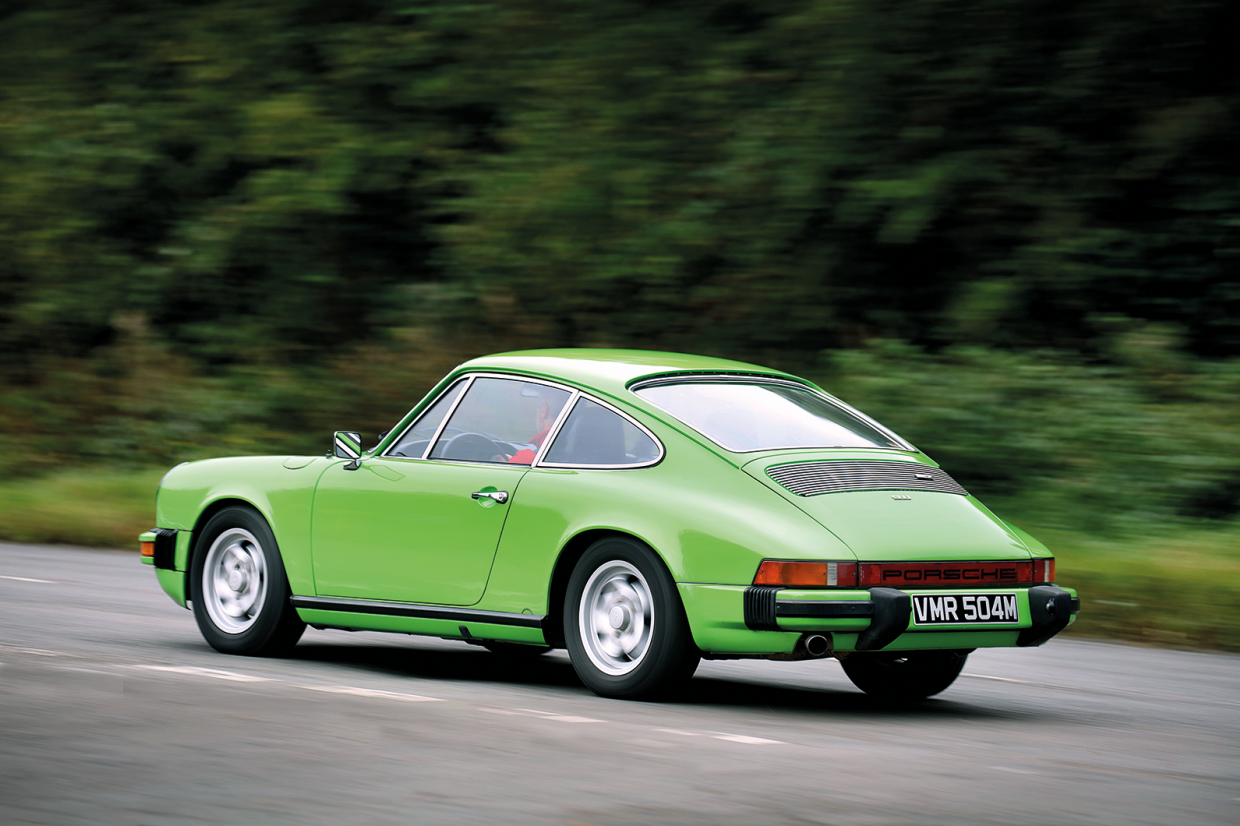 A good 911 feels taut, smooth and alive, with performance instantly available. Until the SC, a magnesium-alloy crankcase and Nikasil-lined aluminium cylinders were used on most 2.7s – they are light and efficient, but particularly prone to studs pulling out and distortion, especially in US spec with restrictive exhausts. Repair is costly, and not always successful due to block porosity, so beware.

American engines were de-rated (0-60mph in 8.2 secs and 131mph top speed on the base 2.7) and US Carrera 2.7s had K-Jetronic injection instead of the multi-throttle mechanical system on European Carreras. K-Jetronic is great when set up properly – many are now spoiled by split vacuum pipes, sticking throttle flaps and air leaks, but are easy to sort.

While some oil drips are to be expected on earlier models, excessive leaks are not. In contrast, 3.2 engines can corrode externally due to better oil sealing! Motronic injection on 3.2s was the first programmable system, and chip upgrades are available (£750 including the essential rolling-road session to tune it to the car).

The gearchange was a bit clunky when new, and is the same when newly rebuilt, but shouldn’t be sloppy (a fairly easy fix) or crunchy (budget £1500-3500 for rebuild). Listen for knocking from the rear end, indicating worn CV joints: the pre-’80 joints are scarce now and costly. Soggy dampers are common and inexpensive.

Notchy steering results from a seized bearing on the top of the rack, which can be replaced. 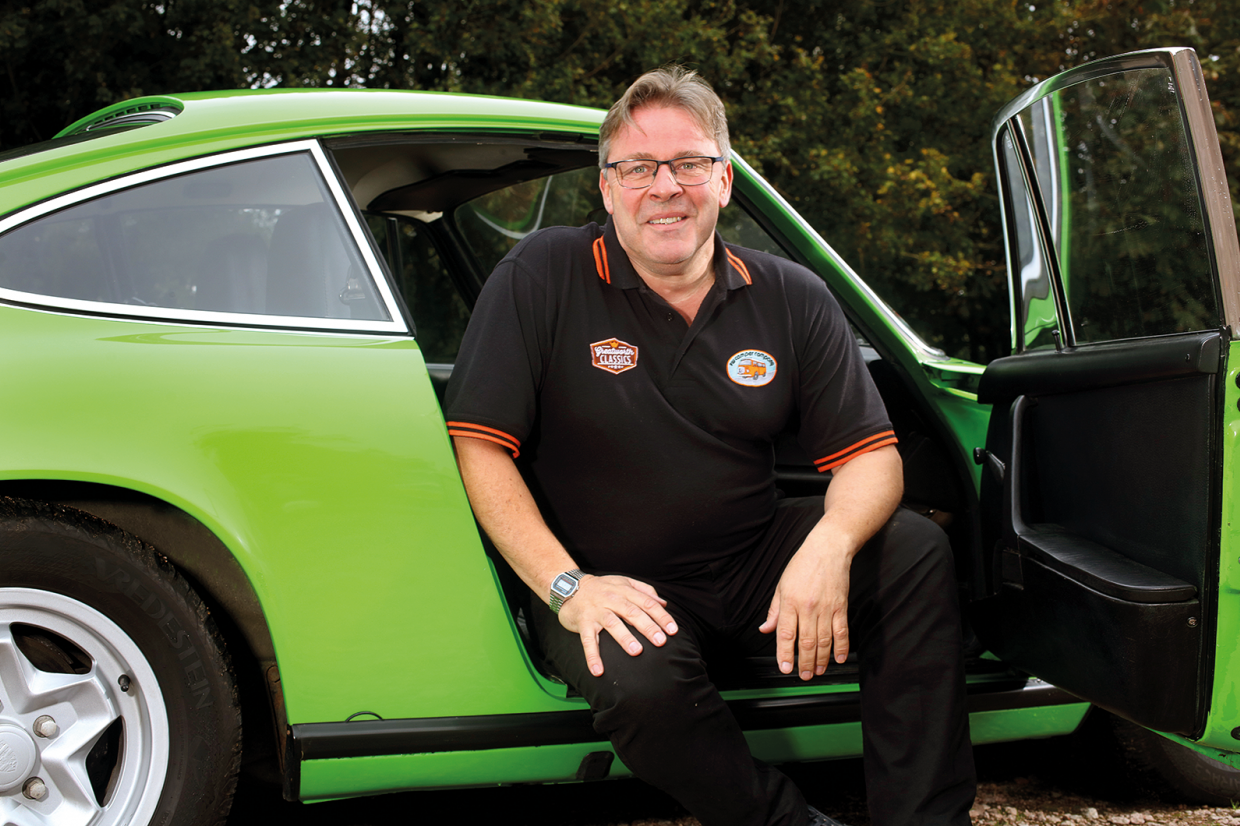 Owner Angus Watt with his 911

VW Camper Co boss Angus Watt had his first VW, a Fiberfab buggy, at 15. “I ignored 911s for years,” he admits, “then I went
to San Diego to buy campers and they were all rubbish, but there was a 2.7 targa. We took off the roof and went for a drive: it was an epiphany moment. I bought it, then three more, starting an enjoyable learning curve.

“I bought this Texas car in California four years ago. We’ve rebuilt the ’box, replaced the original clutch, tidied up the engine, restored the fan and sourced the correct wheels – it’s original apart from our retrofit CDI multi-spark system and I’ve just enjoyed it. We’ve been to Le Mans, the Coppa Europa rally and Donegal. The next step is to turn it into a Carrera RS replica with mechanical injection – it’s already the right colour!” 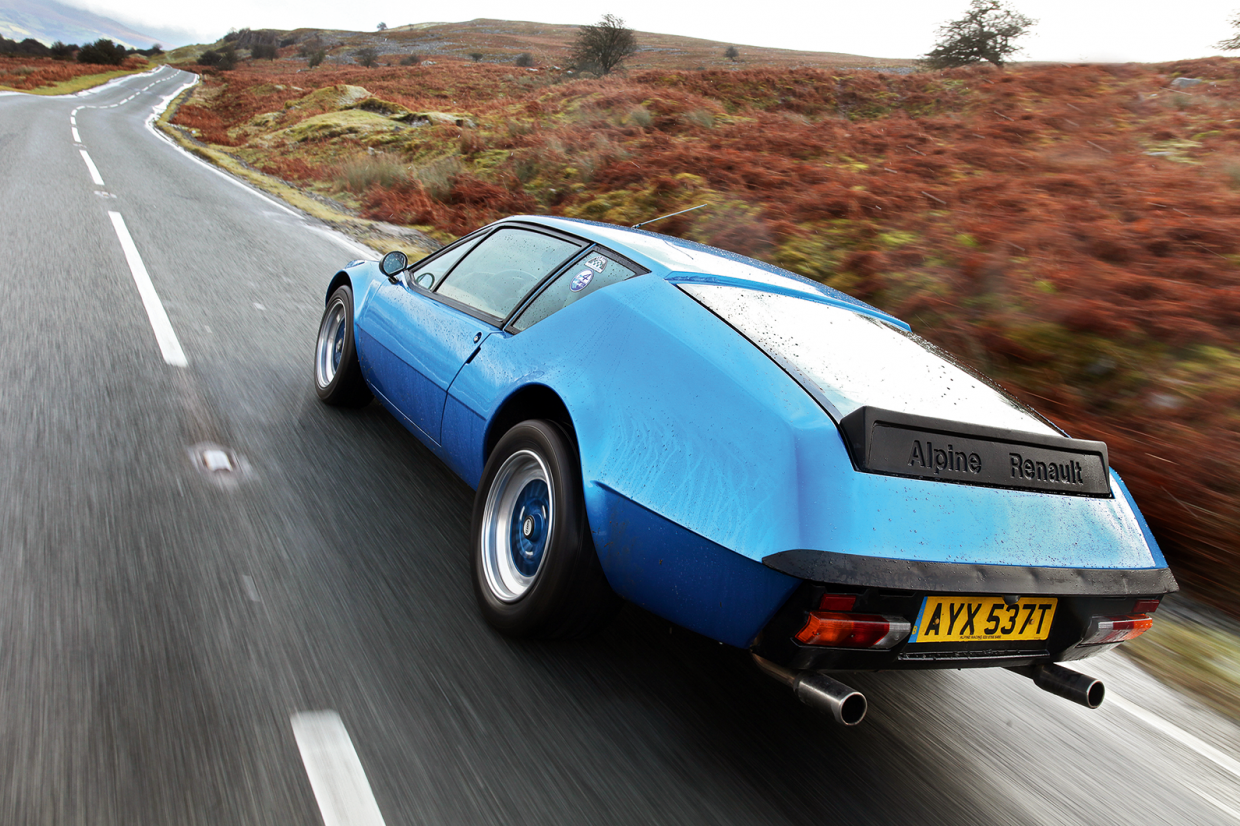 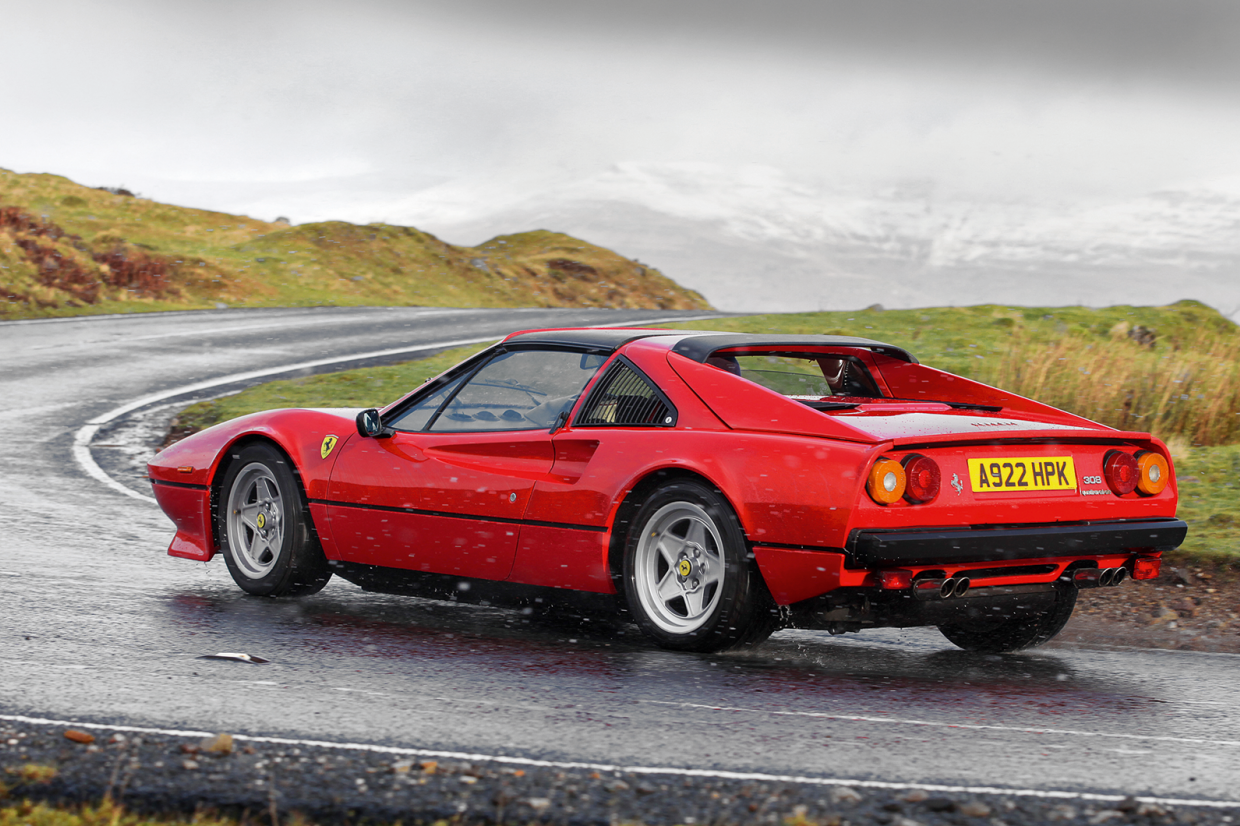 With dramatic styling and a rear-mounted V6 replacing the ‘four’, this was the French 911. Its 148bhp gave 137mph, but sales were held back by a lack of development.

Mid-mounted V8 gave Porsche-topping pace and price, but this was a car to cherish not to rack up autobahn miles in. Lovely Pininfarina styling, but costly to fix. 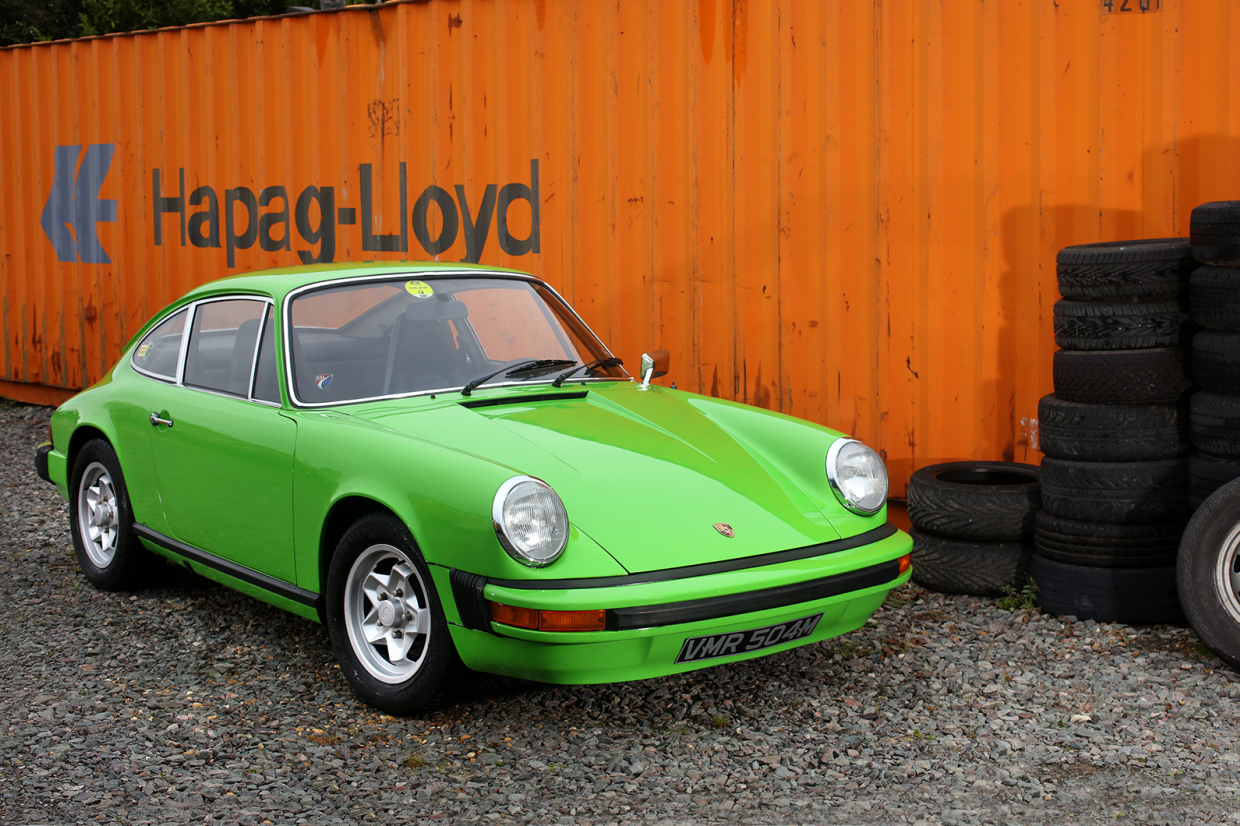 If the classic 911 look appeals, with air-cooled flat-six, organ-type pedals, offset driving position and thoroughbred performance and handling, a good car from this era will not disappoint.

The 2.7s are the most fragile; prioritise finding a car with no rust and a well-sorted engine above any particular model or spec. Targas and (rare) Cabrios suffer more from rot and flexing than coupés, and beware fakes of the rare models.

More capable of everyday use than almost any other supercar, great parts and specialist back-up and a huge knowledge base for support

Durability doesn’t mean they last for ever, and extensive rebuilds are very expensive. Parts are costly compared to lesser cars, too

Steering rack and pinion Brakes discs, with servo from SC 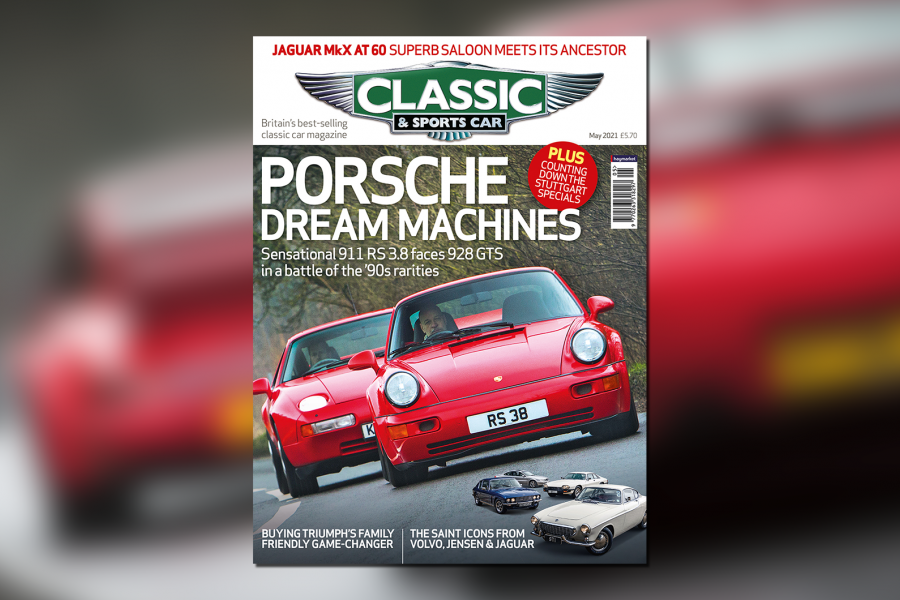 Porsche dream machines: inside the May 2021 C&SC 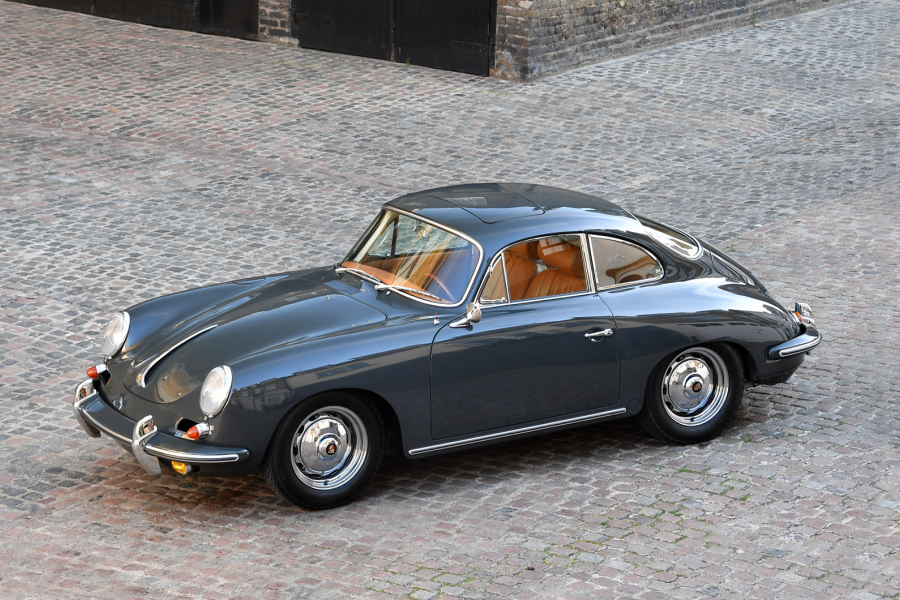 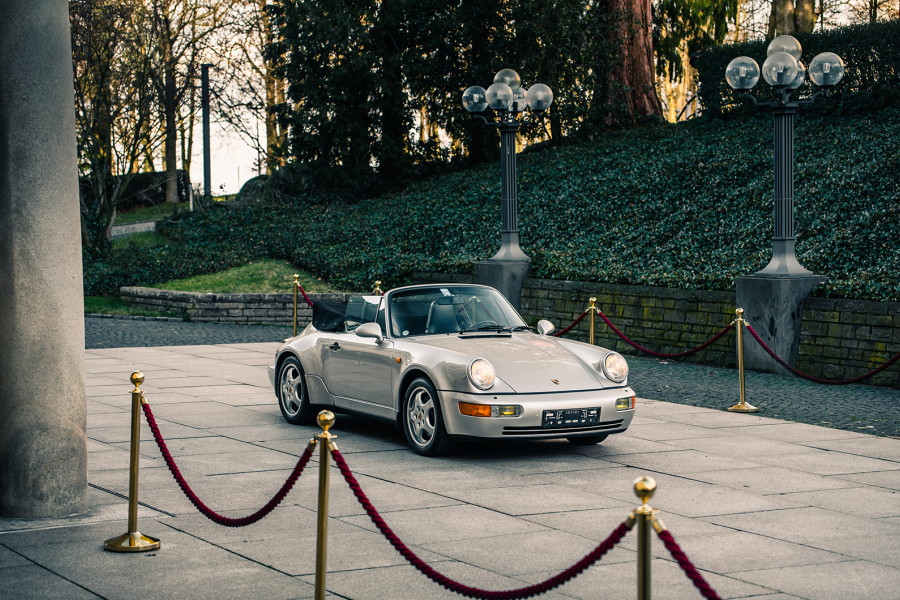 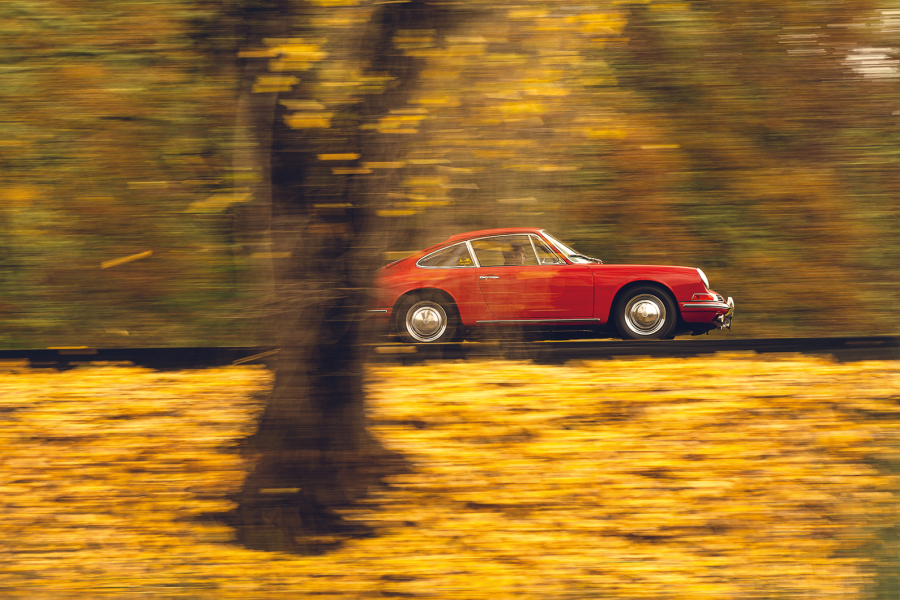 Muscle car special: inside the June 2021 issue of C&SC