Don’t buy that, buy this: Jaguar E-type vs Marcos 3-Litre 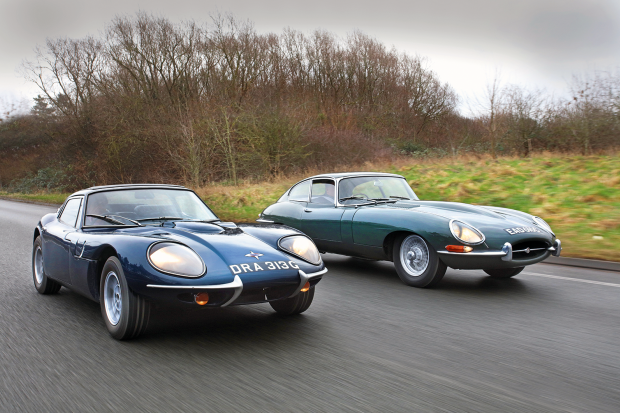 A social and cultural phenomenon of its times, it was fabulously fast, ravishingly beautiful and, at the same time, offered unbeatable value for money.

Finding almost anything to stand comparison with it is a tough job: all the Astons and V12 Italian exotica of its era were vastly less numerous and more expensive, while anything for the same price looked pathetically slow. 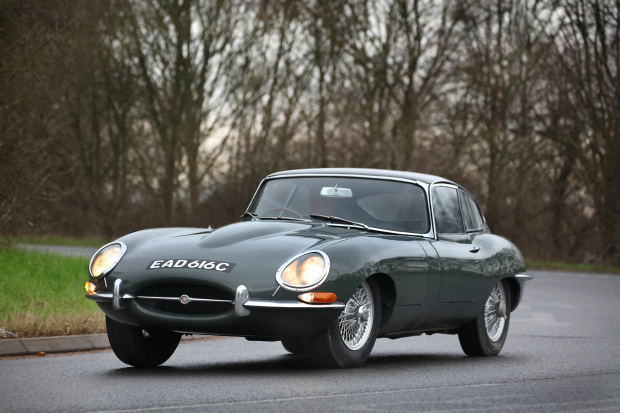 E-types are not cheap things these days, of course, but they have, dare I say it, become a little bit of a cliché.

They’re the default choice classic sports car for the man who is cashing in part of his pension, maybe trading up from his TR4 or MGB, and wants something to ‘take to shows’ or on the occasional summer evening run to the pub.

And there is nothing wrong with that. E-types are easy to drive, pretty reliable and you can get all the bits. Buy the right version and your money is safe in one, too.

But, somehow, you don't want to be that E-type bloke do you? It’s all a bit too predictable. It’s the car from the front cover of that Marks & Spencer book of classic cars your aunty bought you, or a ‘Dad’ birthday card. 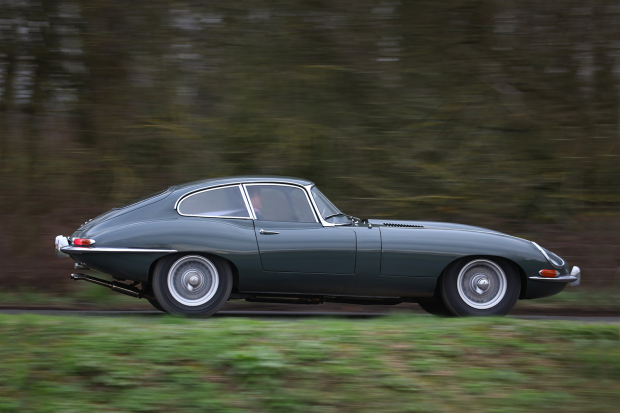 More than just a plastic curiosity, the Marcos, like the E-type, was a product of science, cunning and racing experience that captured the imaginations of those ’60s young men who could probably have afforded an E-type, but wanted to make a more individual statement.

Here was a car that was even less compromising in its driver appeal and which, if they wanted to save a few hundred pounds, they could even build themselves from a kit.

Arguably at its best (and fastest) with the Ford V6, the ‘specialist’ West Country-bred Marcos was a car that emerged from a very different place – technically, intellectually and geographically – from the Coventry-born E-type, and looked even more dramatic. 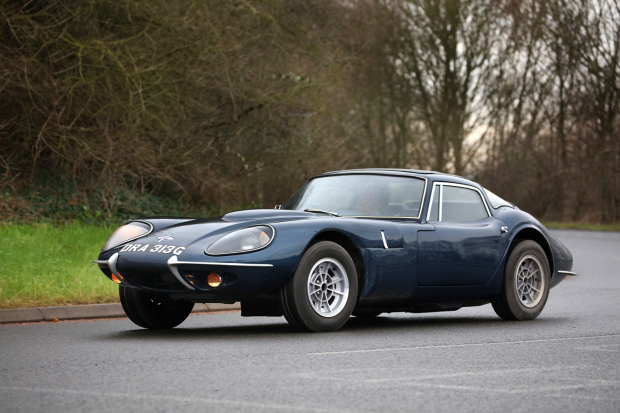 The shape first appeared in 1964 as the Volvo-engined Marcos 1800. A two-seater of composite GRP and wooden construction, it put Marcos on the map.

So low-slung it seemed almost a subversive activity, it was born in a Wiltshire shed by one Jem Marsh, noted racing driver and former builder of Austin Seven specials who, by the time the 3-Litre was launched in 1968, looked like he was well on the way to being the UK’s next Colin Chapman.

What he created was a different take on the sports-car theme, less refined and sophisticated than Coventry’s offering but, to my mind at least, a more intriguing prospect.

Partly this was a product of circumstance, ingenious, cost-effective solutions sought to answer questions posed by the fact that Marcos lacked resources – we’re talking raiding the parts bins at BMC, Triumph, Ford and others.

Marsh also had to marshal the innovative talents of the Adams brothers: Peter designed the chassis, Dennis the body which, as well as being slippery, still looked modern in 1971, the year Marcos closed its doors. 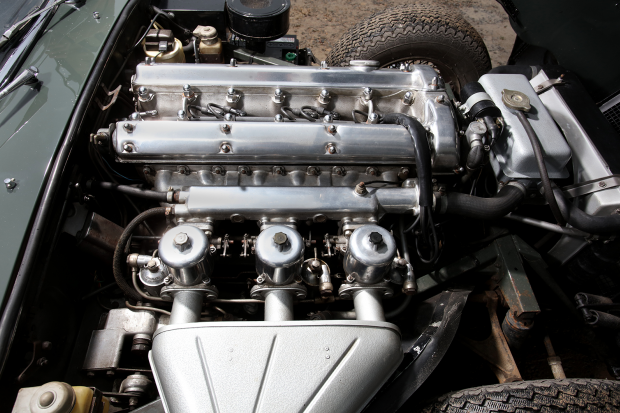 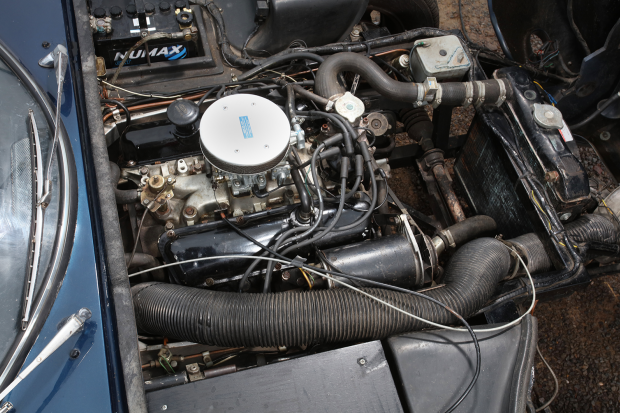 The 3-Litre was a great-looking car – and it still is – if not as conventionally beautiful as the E-type.

It always had a more modern stance than the narrow-tracked Jaguar which, parked alongside, appeared huge.

It stood just 3ft 6in high and, unless you were a contortionist, getting in could never be dignified. Once inside, however, the laid-back driving position makes you feel like you’re wearing the car like a glove.

The driver’s seat didn’t adjust, instead the pedal box came to you by turning a wheel on the dash, this partially-prone driving position making the Marcos’ performance feel even more dramatic – a healthy 3-Litre will match a 4.2 E-type for effortless thrust, even if it can't quite attain the Jaguar’s 140mph-plus top speed and 80mph in second gear.

Compact and utilitarian compared to the Jag’s elegant twin-cam, the Ford V6 evidently did the job, shrugging off the handicap of the Transit van/Zodiac-type ratios in the gearbox. 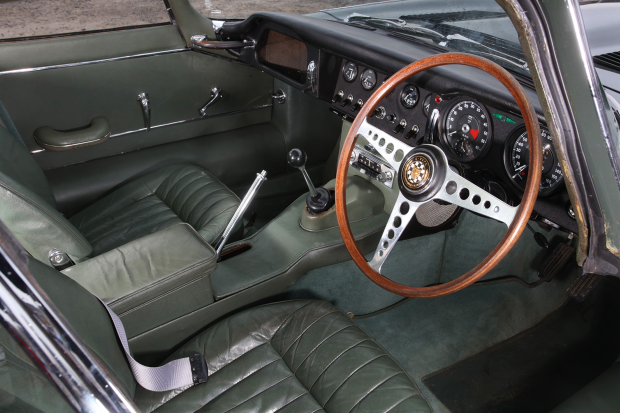 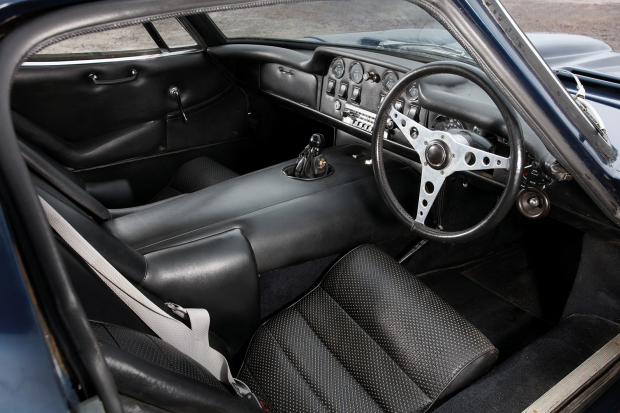 Both cars handled beautifully but, in the ’60s, the Marcos was probably the nearest you could get to experiencing single-seater-racing-car-type cornering power on the road.

There was no roll, just complete and faithful response with lots and lots of roadholding, all traded off against a ride which was certainly very hard, but somehow not punishing.

Despite its macho image the E-type, by comparison, was a gentle sports car. Much easier to see out of and roomier for touring, it was built for more mainstream tastes.

Forgiving controls combined with a luxury-car ride and limousine-type drivetrain refinement. A great sports car, in other words, that set new standards.

Even if it had not been such a wonderful car to drive, the looks would have sold it. 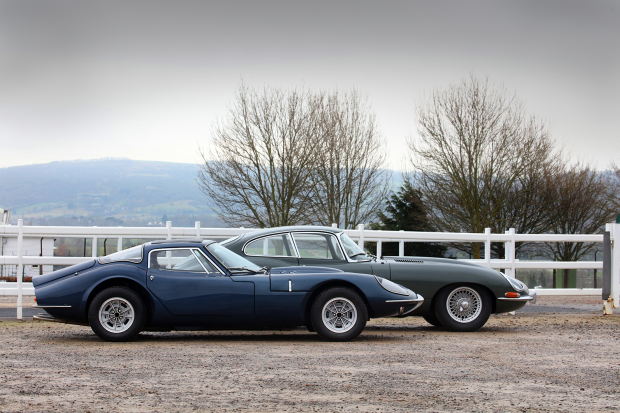 Jaguar’s car captured the spirit of a time, a time for which it has become as much of a lazy cliché as Mary Quant and Carnaby Street, even if that is hardly the E-type’s fault.

The Marcos appeals (and I never thought I would hear myself say this) because it tells an alternative story of those times, a story of clever people trying to do something interesting, something exciting and different.

It need make no apologies for itself. As a classic two-seat, six-cylinder, close-coupled GT, it achieved much of what the urbane Jaguar set out to do, but accomplishes it in a fashion that almost makes the E-type look – and maybe I’m sticking my neck out here – drab.

Do you dare to be different?

Meet the bespoke E-type racer built for the road