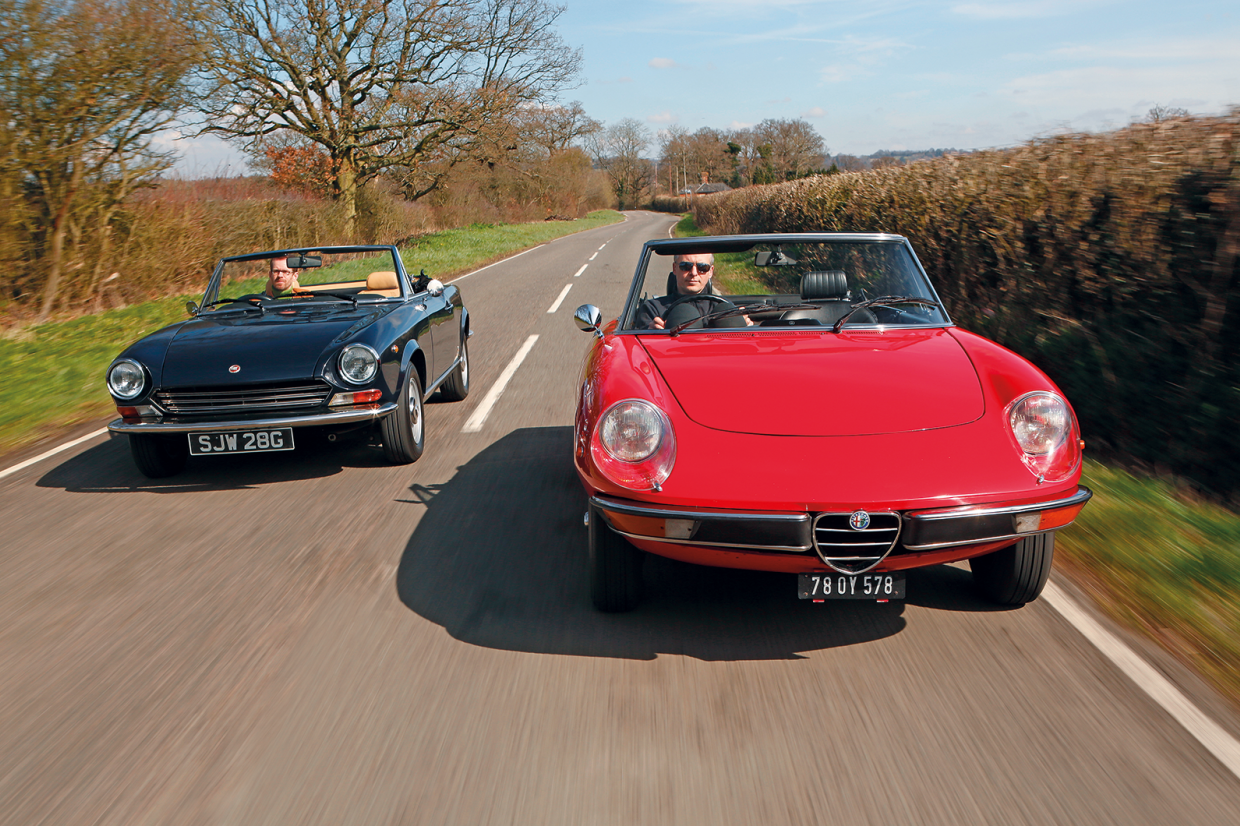 1966 was an exciting year for devotees of high-performance Italian machinery.

Lamborghini grabbed the headlines with its groundbreaking and breathtakingly beautiful Miura, but the tractor maker’s masterpiece is far from being the only Latin supermodel to have broken cover that year.

Arch-rival Ferrari took the wraps off its quad-cam 275GTB, as well as the 330GTC and the mouth-watering 365 California.

Pininfarina’s radical Ferrari 365 Tre Posti made its debut in Paris in the autumn, rubbing shoulders with Maserati’s new Mexico, while the Trident showed off its exciting new Ghibli at the Turin show in November. 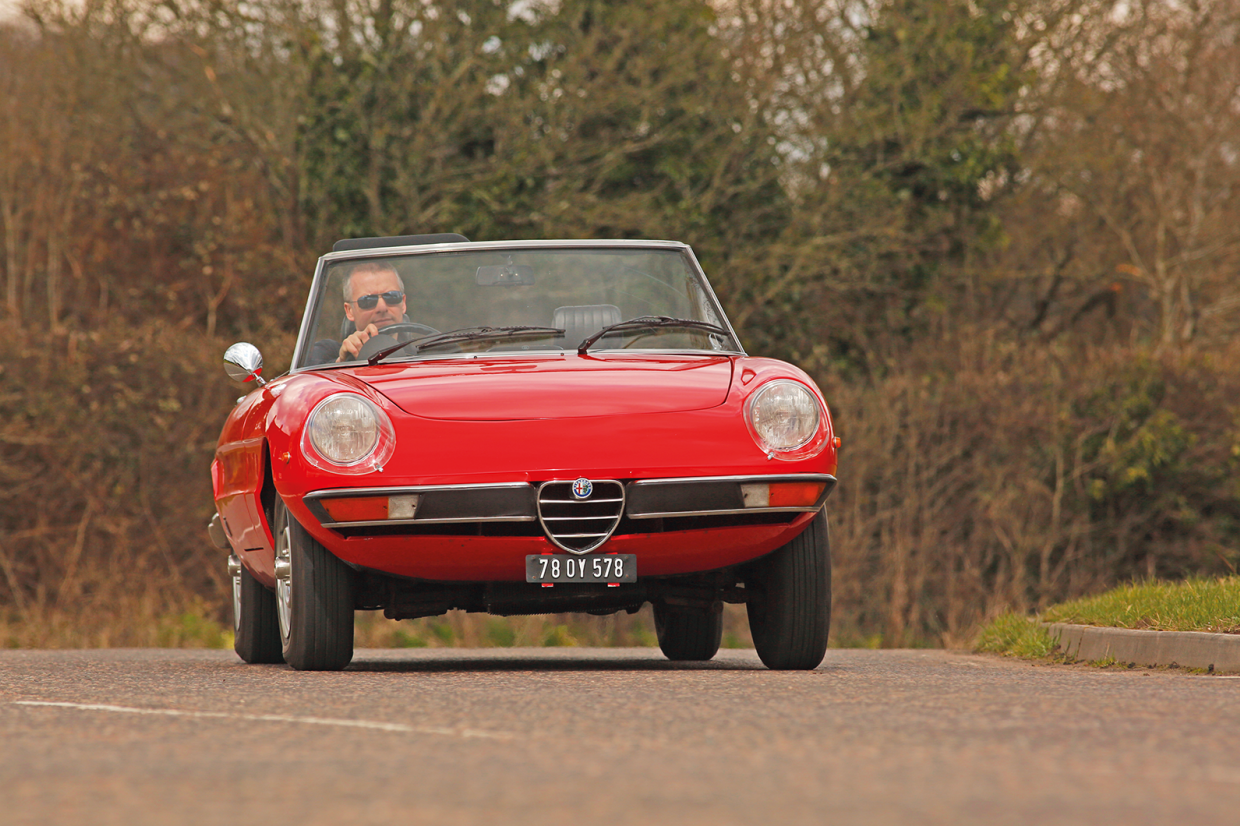 The front is little changed from the S1

That’s quite a selection, yet, for all their showbiz glamour, such exotica was little more than window dressing.

It was the stuff of dreams that only the wealthiest of buyers could afford. No, the real heroes of 1966 came from more humble stock.

With a production total of 320,000 units over a combined 46 years, between them Alfa Romeo’s 105 Series Spider and its counterpart from Turin, the Fiat 124 Spider, are the epitome of the classic Latin sports car.

With their feisty twin-cam four-pots, five-speed transmissions, fine handling and top-drawer styling from the biggest name in the business – Pininfarina – these endearing soft-tops represent to the Italian motor industry what the MGB and Triumph TR do to our own – but without the antiquated ironmongery.

They also enjoyed remarkably long careers – taking them from modern, forward-thinking designs to national treasure status – which means that there’s no shortage of cars out there today if you’re tempted by a bit of Italian chic. 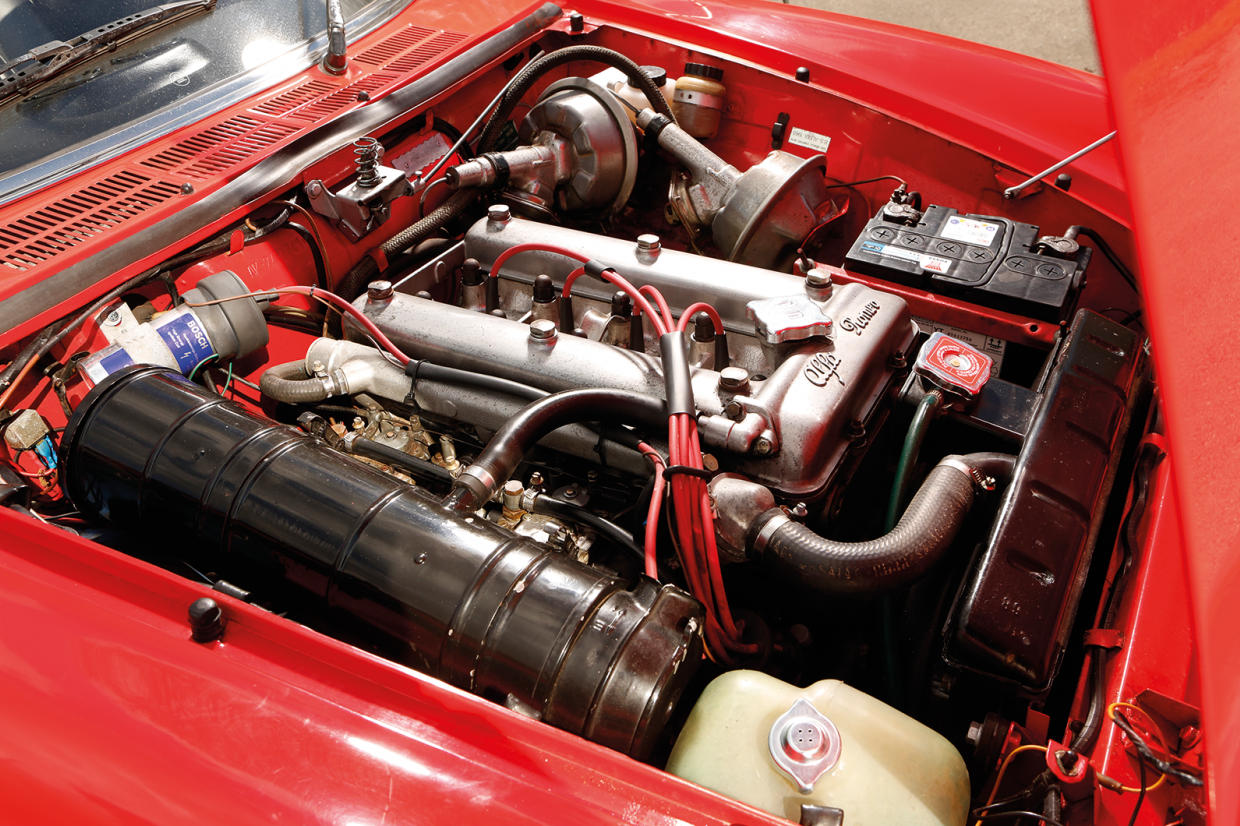 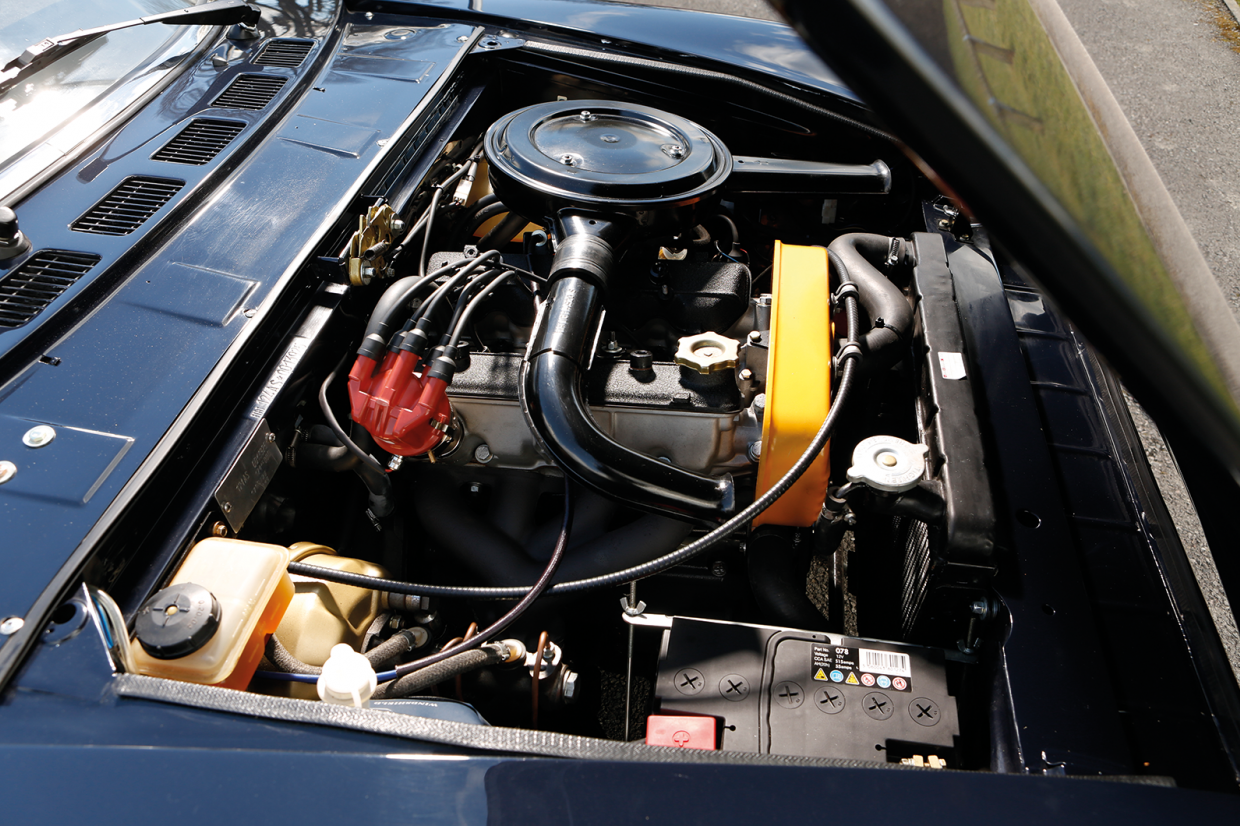 The Alfa’s twin-cam (left) is a gem; there’s a superb, free-revving twin-cam ‘four’ for the Fiat

The Alfa Romeo is by far the better known of our duo in the UK, and not just because of that film appearance.

Although based on the 105 Series Giulia that had been introduced in 1962, it wouldn’t be until the Geneva Salon in March 1966 that the new model would replace the outgoing Giulia Spider.

A radical departure from its predecessor’s styling, the silhouette was a productionised version of a theme that had begun with Pininfarina’s Superflow concept.

First seen in 1956, by 1959 that car had acquired an open two-seater body previewing many of the lines of the forthcoming Spider – from the heavily sculpted flanks to the long tapering tail.

This was a rich period for Alfa show cars, and the Giulietta SS Pininfarina Spider that was unveiled at Geneva in 1961 gave an even stronger clue as to how the forthcoming sports car would look. 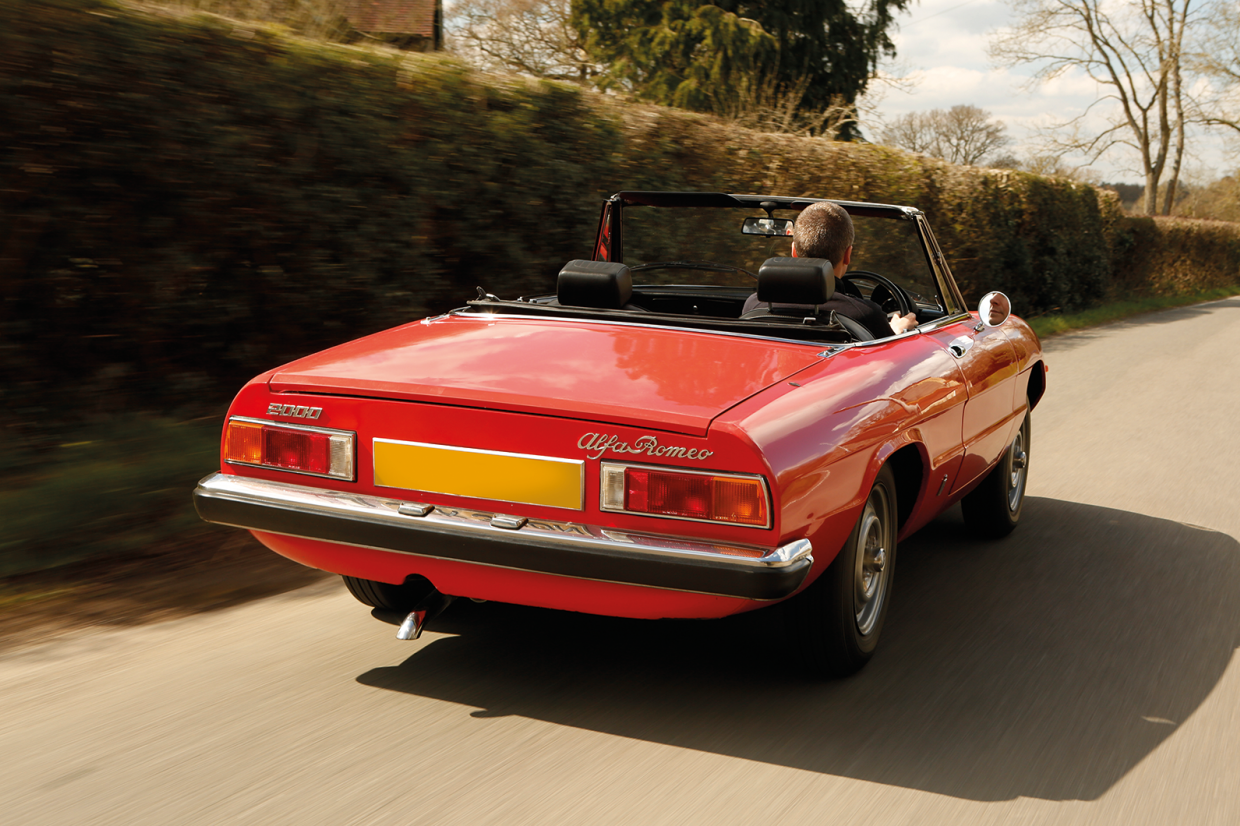 It would, however, be another five years until the first osso di seppia (or cuttlefish, as the Italians nicknamed the Spider) would roll off the assembly line at Pininfarina’s Grugliasco factory.

The final project in which Battista Farina himself played a hand, it was a fitting epitaph to the great man’s talent.

That first incarnation – the Duetto – is the most sought-after (and priciest) variant today, but it was replaced in 1970 by what would go on to become the best-selling and longest-lived version of the classic Spider – the Series 2.

Largely similar from the front, the most obvious difference was the neat squared-off Kamm tail with its more substantial full-width bumper and larger lights.

A host of other modifications included an altered windscreen as well as smaller-diameter wheels and tyres.

The update may have robbed the Spider of some of its feminine delicacy, but in the forward-thinking 1970s it looked more modern as well as offering significantly increased luggage space.

It also provided better protection from the knocks of the ham-fisted idiots who plague the world’s car parks. To me, this is the definitive Alfa Spider. 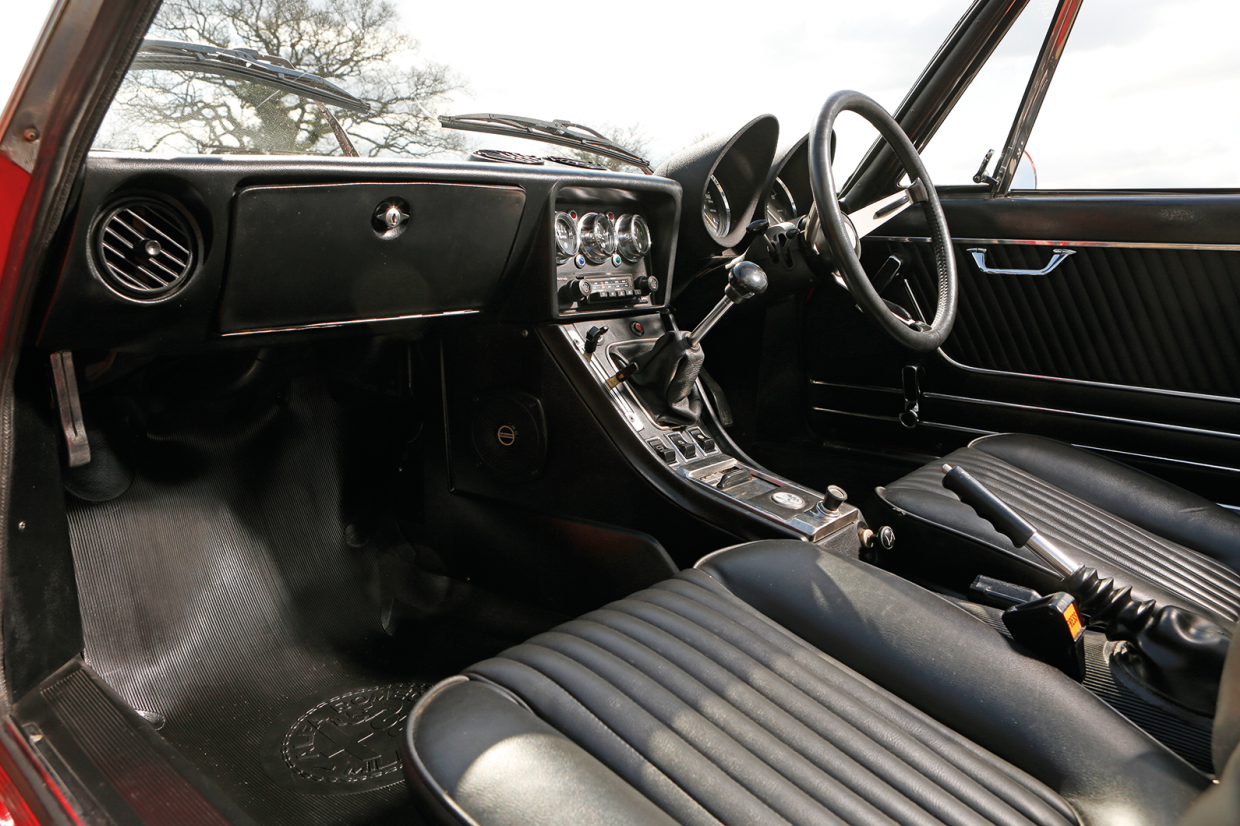 This is a South African-spec example

Inside, the Duetto’s painted metal fascia was replaced by swathes of black plastic, but it was still a delightful place in which to sit.

Cast your gaze over the cockpit and every last detail appears to have come under the closest of scrutiny, the designers seemingly intent on creating an environment so bereft of anonymity that nothing escaped their tinkering.

From the supplementary gauges angled towards you, plus the heavily hooded speedo and rev counter to the deeply dished wheel, the ambience approaches the baroque in its level of unabashed detailing.

Even the unusual circular pattern of the pedal rubbers transforms them into objects of beauty. 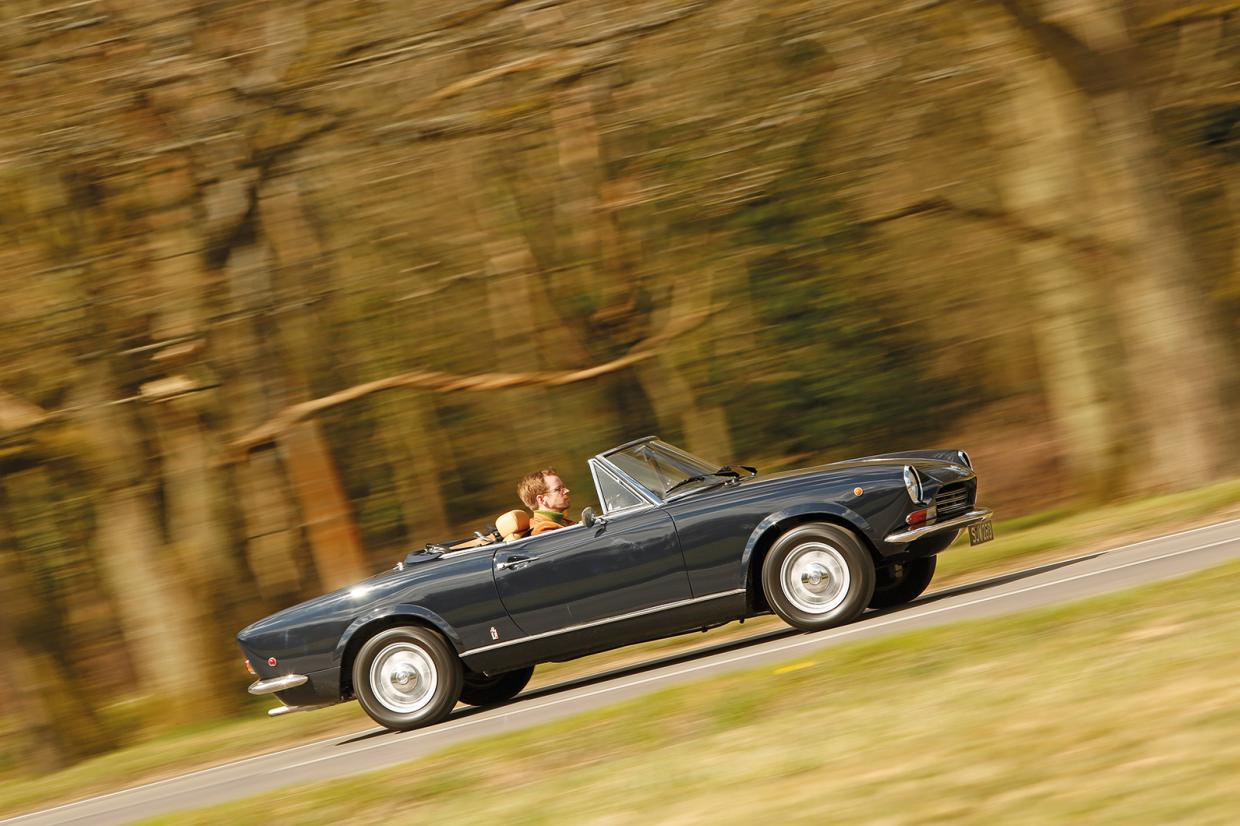 Alongside such exuberance, the 124 Spider is almost apologetically understated, although it doesn’t lack finesse or appeal.

Also penned and built by Pininfarina, the shape was the work of American architect-turned-car-designer, Tom Tjaarda. The last version, the Spider Europa, even carried Pininfarina badging, losing the Fiat name from 1983.

As with the Alfa, the 124’s outline can be traced back to an earlier show special. Unlike its Milanese rival, however, the inspiration for the Fiat’s contours had first been previewed on another manufacturer’s chassis – namely, and perhaps surprisingly, Chevrolet.

After seeing Tjaarda’s Corvette-based Rondine coupé in Paris, Fiat’s bosses requested a remake for the sporting 2+2 that they were planning as a replacement for the 1500 Cabriolet. 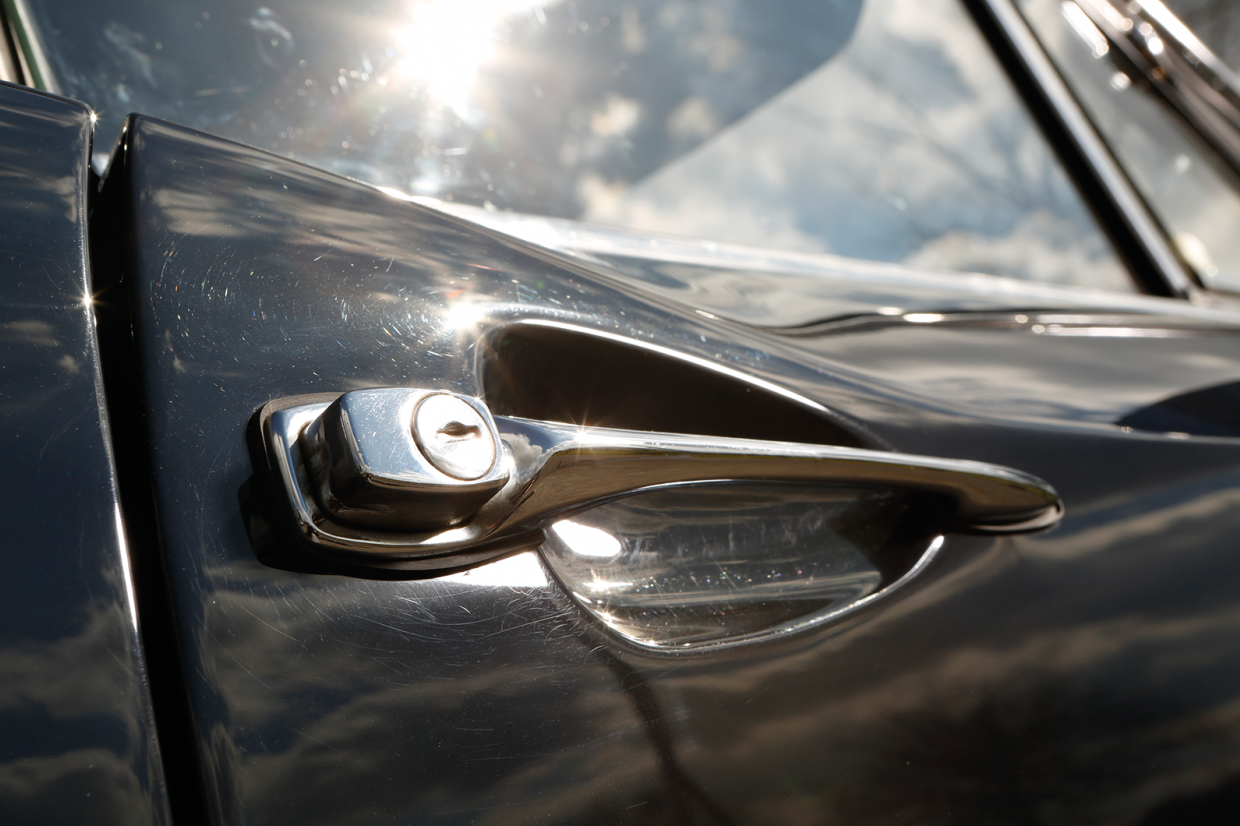 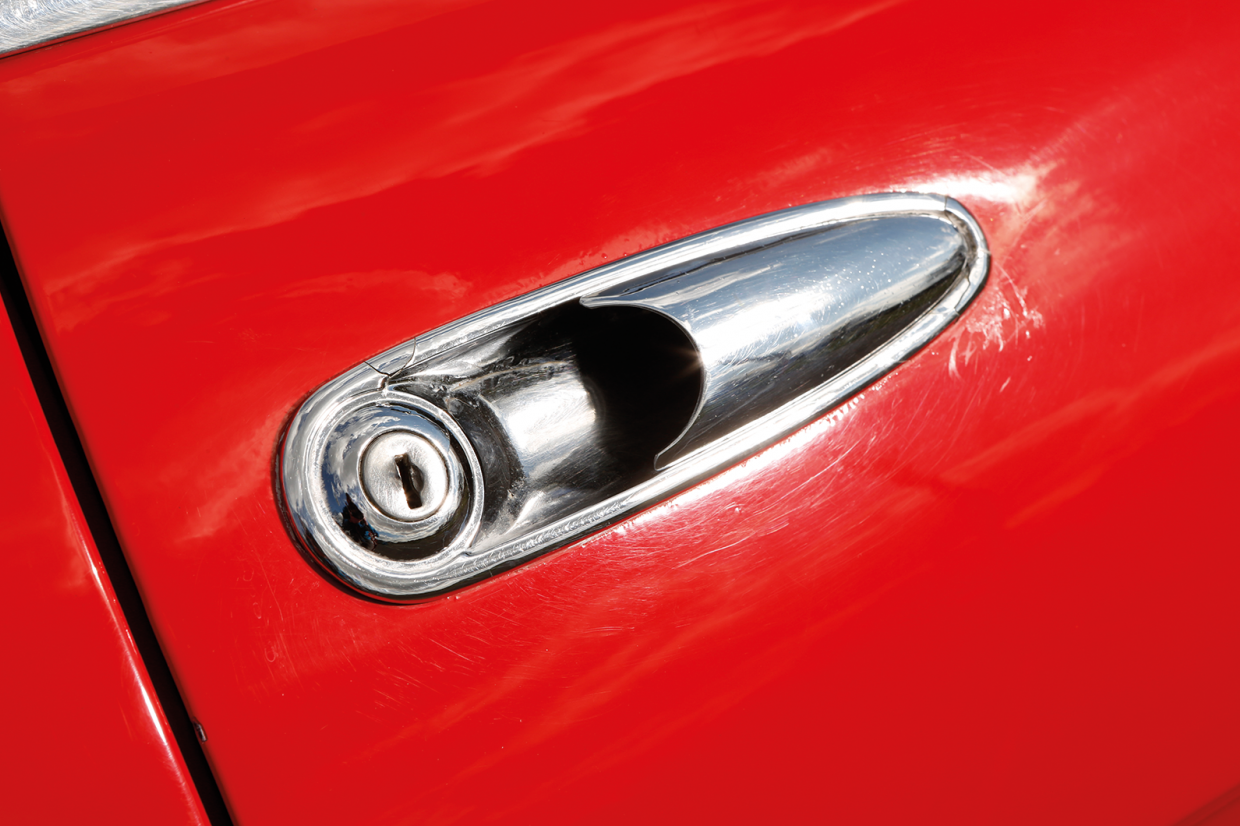 Launched at the Turin Salon in November ’66 and based on a cut-down platform from the 124 saloon, the new Spider would enjoy an impressive 19-year career.

Of the two, the Fiat looks the more modern today, its sharper, chiselled lines placing it firmly at the tail-end of the 1960s.

The shape is more generic and less instantly recognisable than the quirky, barrel-sided Alfa, but it’s a superbly slick piece of industrial design.

As you walk around it, the deceptively simple styling offers a fine coherence and some gorgeous detailing – the way the waistline kicks up sharply above the sculpted doorhandle recess, the angled rear wings that echo the Ferrari 365 California (also by Tjaarda), not to mention what must be the best hood in the business.

Equipped with proper glass rear quarterlights that pivot into the flanks when the top is lowered, it is simplicity itself to operate and wonderfully airy when raised. 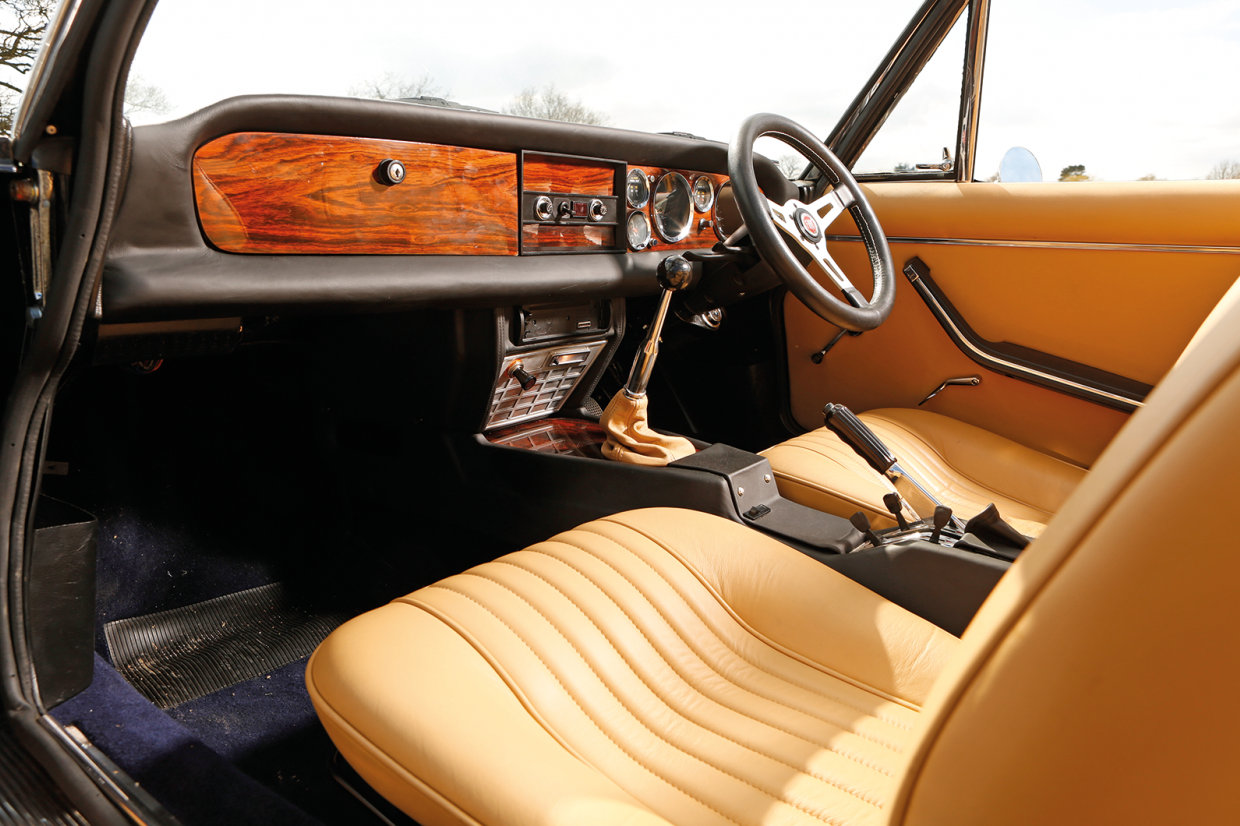 A minimalist interior for the Fiat 124

The cabin follows a similar theme. Minimalism replaces ornamentation, plain flat surfaces taking the place of the Alfa’s wacky overkill, but it feels classy and sophisticated.

That sensation is heightened by the Italian script on the Veglia dials – Benzine, Acqua, Olio – the long chromed gearstick topped by a shiny black ball, and the shallow angle of the wheel.

Fiats are obviously mass-market, but this one does a plausible job of persuading you that it’s of noble descent.

You wouldn’t need a massive amount of imagination to convince yourself that you’re in a Ferrari 275GTS. Until you fire up the engine, at least.

Aurelio Lampredi’s four-cylinder twin-cam – the world’s first production powerplant to feature belt-driven valvegear – is an excellent unit and, in the carb-fed 1756cc version to be found in ‘our’ car, endows the Fiat with just the right level of performance.

It’s quick, willing and fantastic fun, although it lacks the aural thrill of the Alfa from the driver’s seat. In isolation I love it, but it just can’t compete back-to-back in the sound stakes with the Spider from Milan. 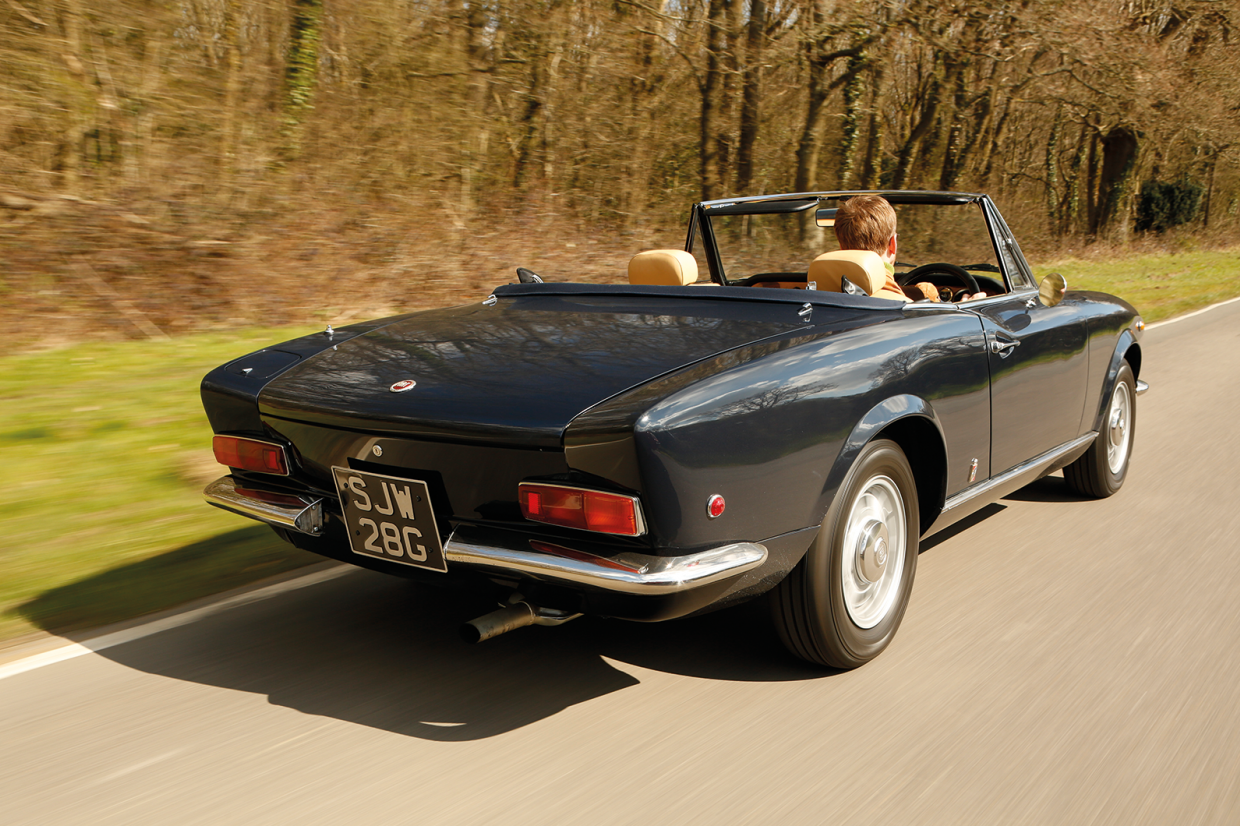 Like the Alfa, the 124 elegantly disguises its saloon-car origins

The Fiat makes a pleasant enough noise, but the Alfa’s twin-cam engine, even in 2-litre guise – acknowledged to be the least free-revving but the most flexible version – still eagerly sings its heart out.

That wonderfully addictive zing is one of the Alfa Spider’s greatest virtues. There really is nothing mass-market about the way that it ensnares you.

And that is perhaps the best way to describe the whole Alfa Romeo experience. There’s very little about it that feels mainstream.

From the floor-hinged pedals to the curiously angled, long-throw gearlever spouting from high up on the centre console, to the dainty little horn pushes on the three spokes of the steering wheel, the Spider feels extraordinary.

Rubber floor mats seem utilitarian, but the Alfa can carry off such apparent contradictions with stylish aplomb. It really is an exquisite example of Italian flair. 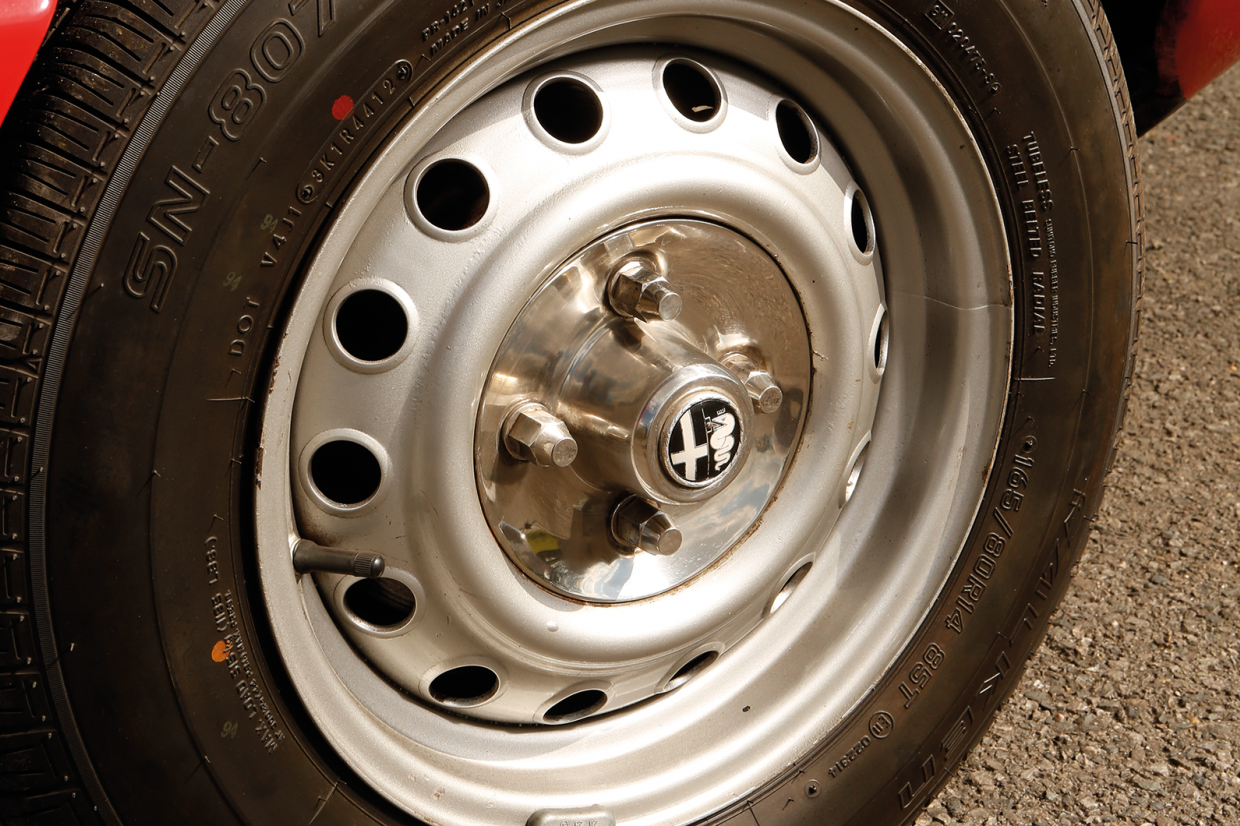 Pretty steels on this Alfa

It goes and stops superbly, too (both cars benefit from discs on all four corners), as well as having a slicker gearchange, but to my mind lacks something of the sporting nature of the Fiat.

The Alfa feels narrower and you perch higher than in the Torinese car, which conspires to give a greater sense of roll and inertia when hustled.

In fairness, although ‘our’ Alfa is in beautiful condition, it’s an original, unrestored 41,000-mile example so it would be unfair to expect it to drive as tautly as the 124, which was recently subjected to a painstaking nut-and-bolt rebuild.

The consensus seems to be, though, that, when comparing like-for-like, in the handling stakes the Fiat has a slight edge over its Milanese rival, but it loses out marginally in pure performance terms. 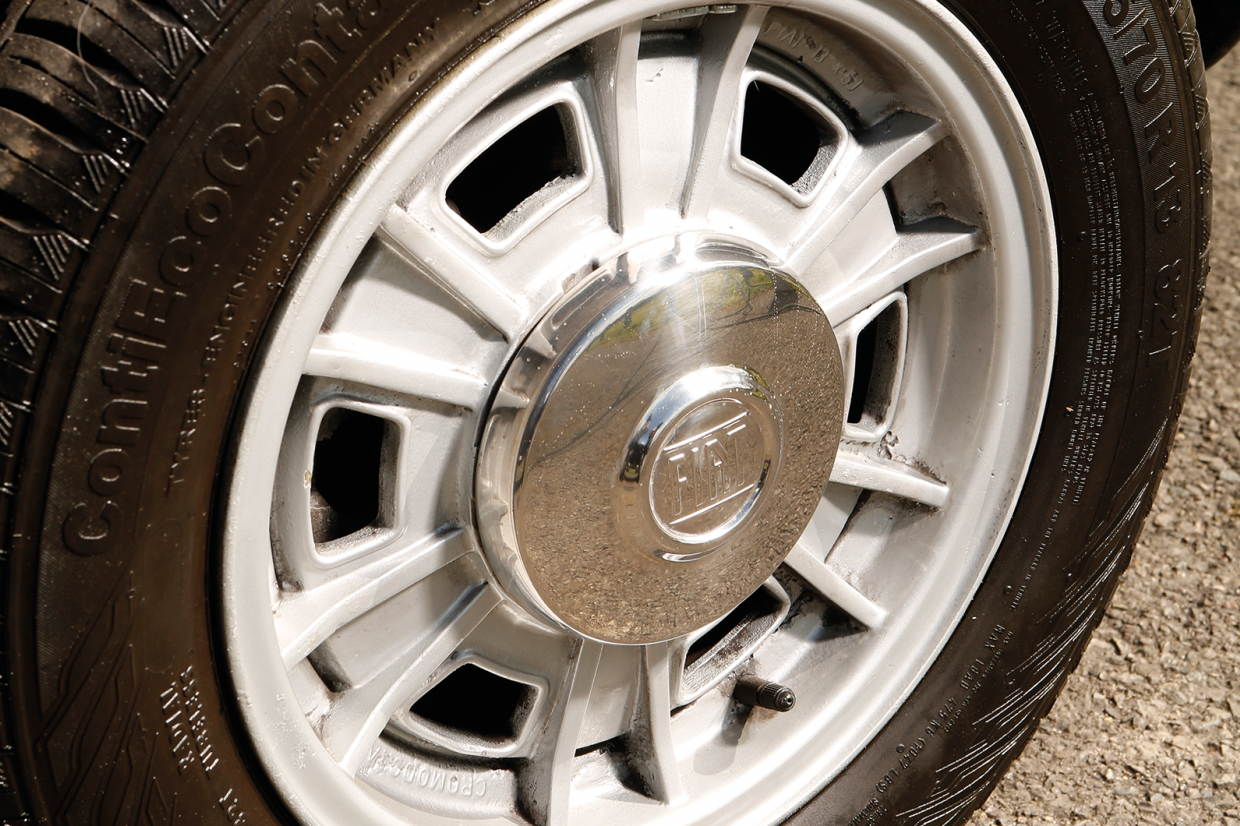 Both, then, are tempting propositions, and Paul de Turris of DTR Sports Cars sums them up perfectly: “Customers tend to love their 124s and rarely sell them for something more exotic.”

It’s a sentiment that, to my mind, resonates strongly when applied to either car. Why pay more for a temperamental thoroughbred when these two beauties have so much to offer?

Whether you belong to the Fiat or Alfa camp, both are effortlessly beguiling and have wonderful charm.

Which would I take home? Aesthetically, I prefer the Fiat. It is gorgeously subtle and, as a further bonus, because the model was never officially offered on these shores, it has the additional cachet of rarity. Many road users will struggle to identify it. 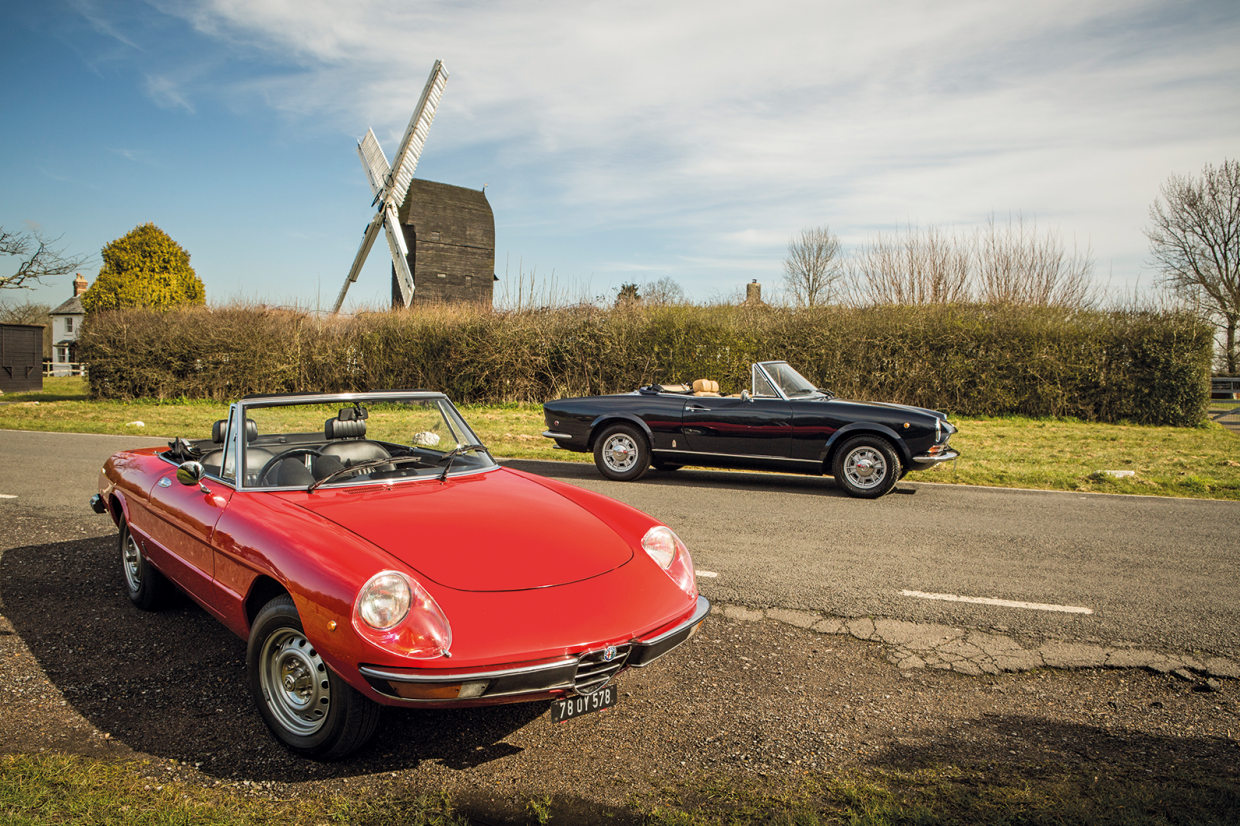 So, which would you pick?

Choosing a favourite is a really close call, though, and in one respect at least the Fiat can’t match the Alfa.

The Milanese Spider sounds so utterly enchanting, it tugs at even the most sceptical of heartstrings.

I’d be happy with either, but I reckon that an Alfa Romeo twin-cam beneath the Fiat’s bonnet would create a near-perfect hybrid.

Thanks to DTR Sports Cars and Classic Alfa 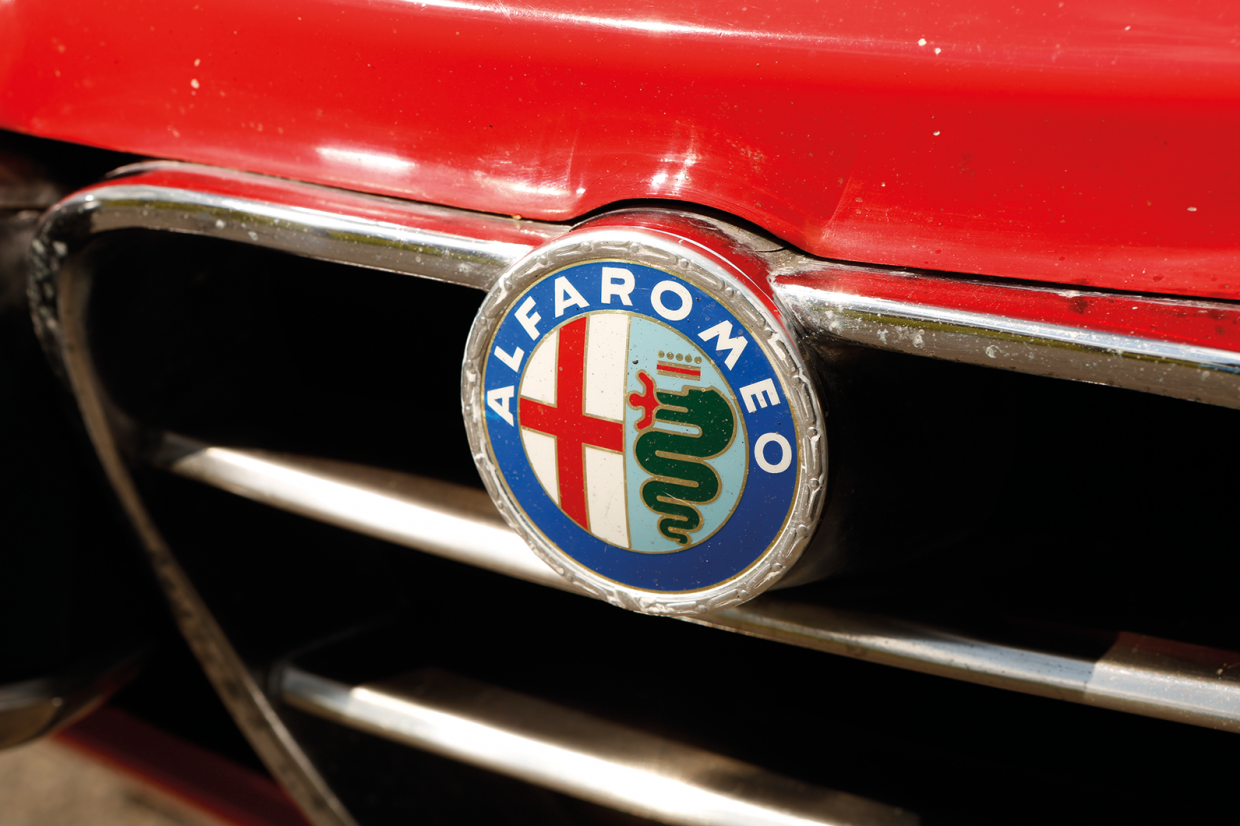 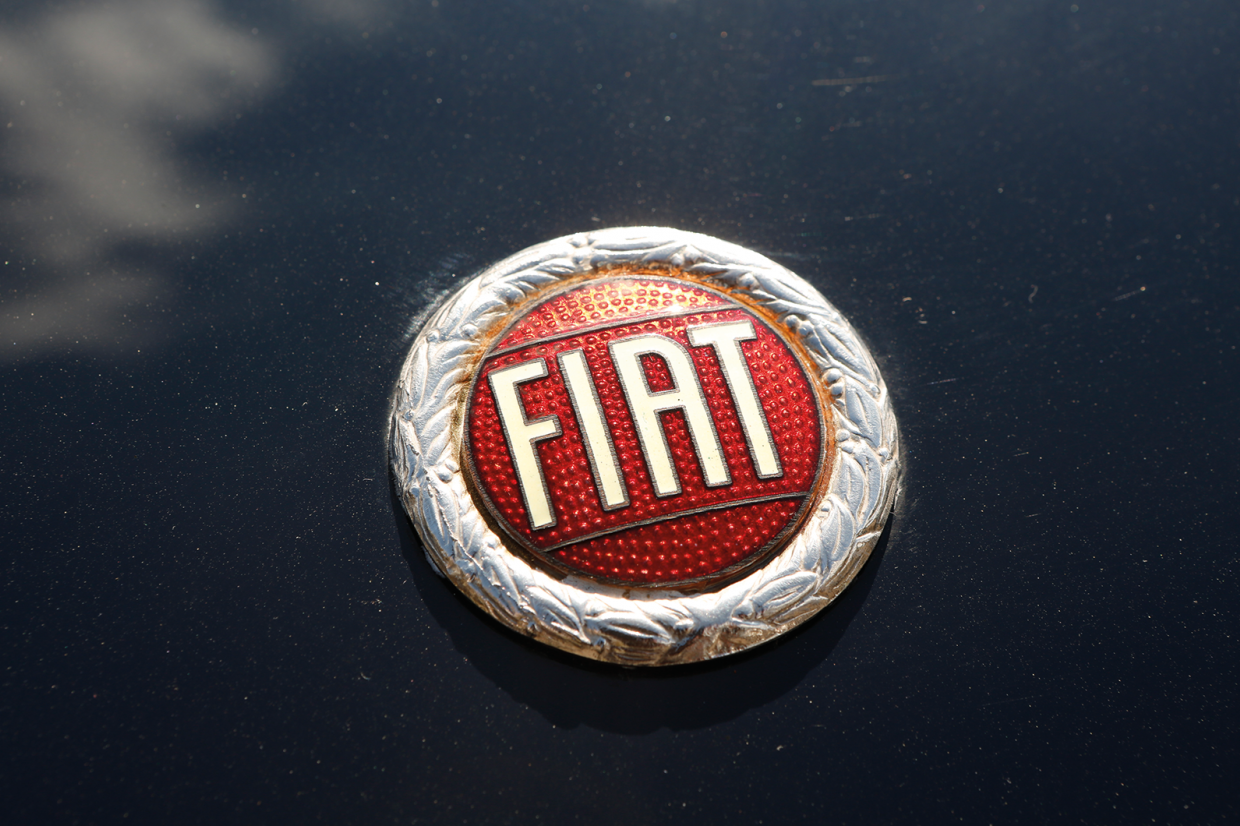