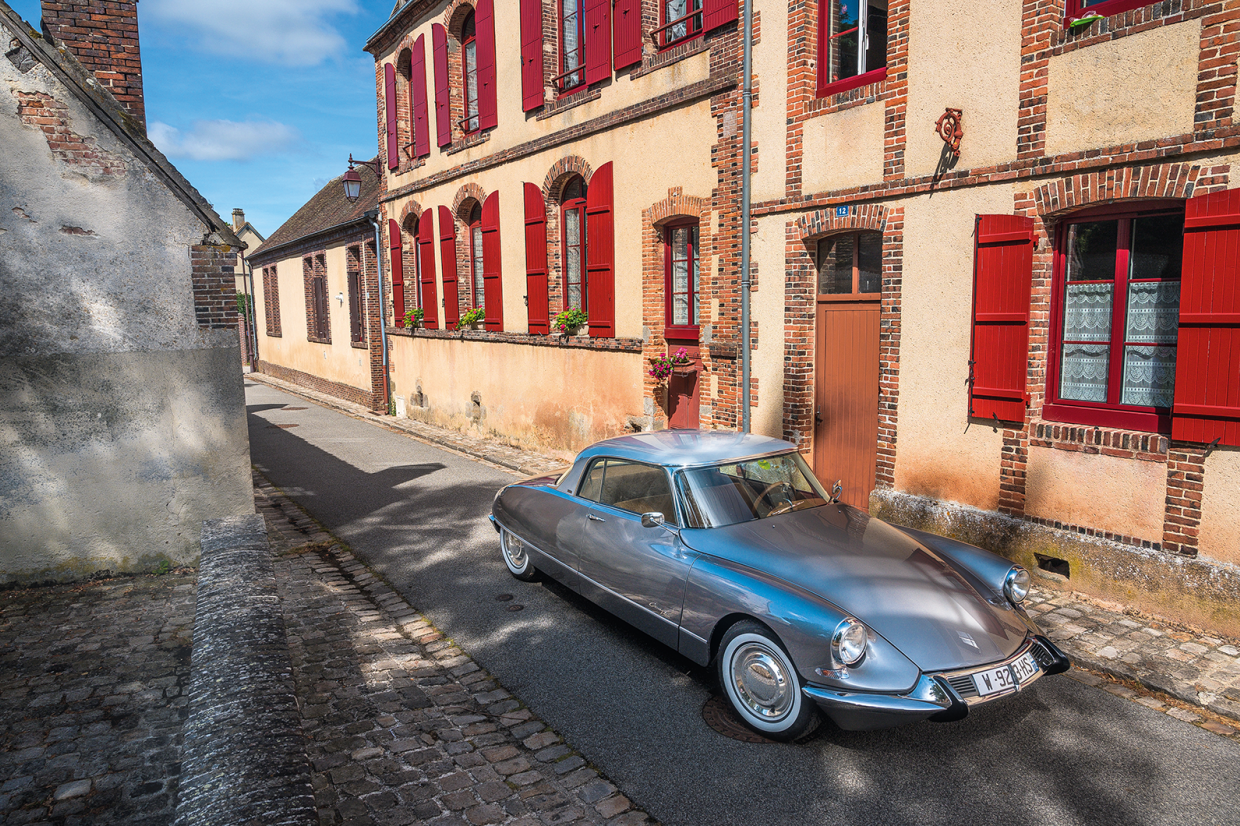 We’ve all got them. Those ‘what if’ cars. The cars that the manufacturer somehow never got around to making. Dream projects.

But sometimes, just occasionally, there’s a brave soul who has the talent and the resources to make a reality out of their dream.

Such a man is Gérard Godfroy, and the result is a pillarless two-door DS coupé that doesn’t just look gorgeous, but also appears as if it’s rolled straight off a Citroën production line. 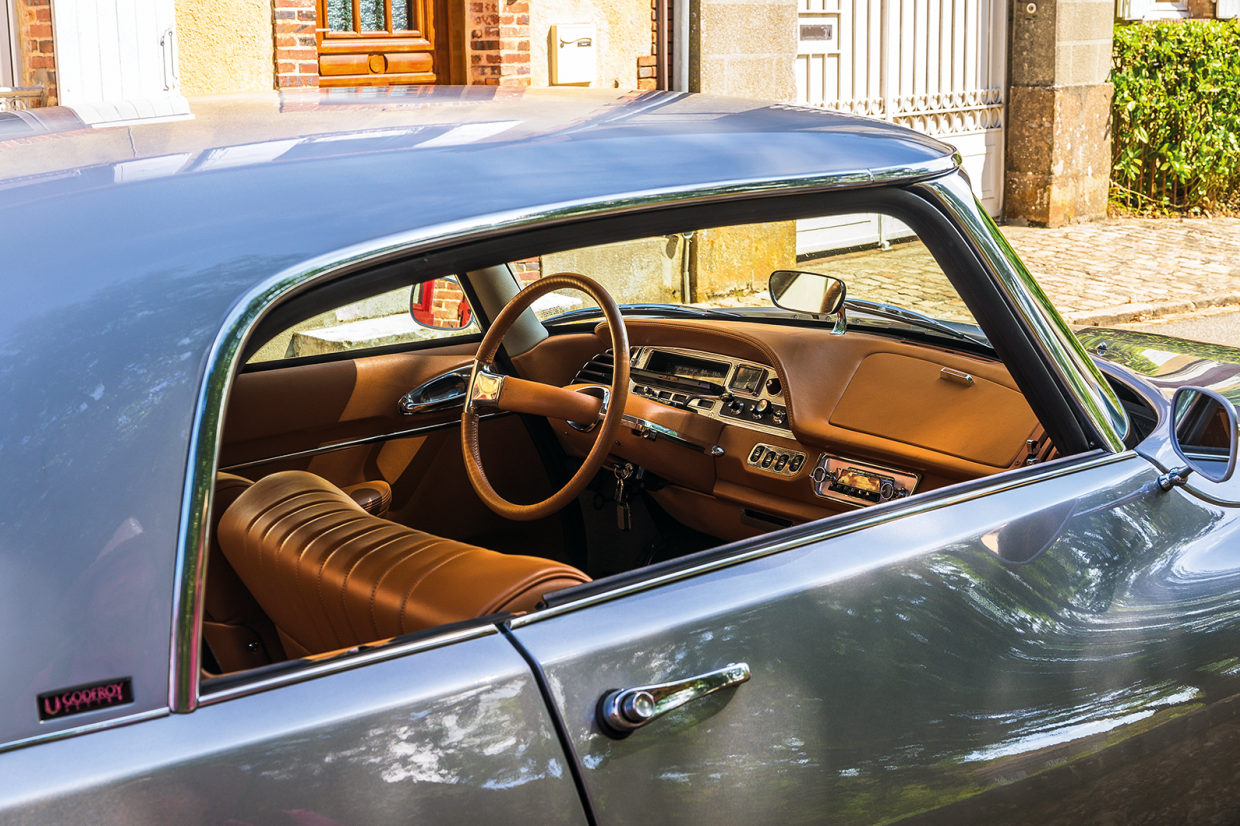 As you might expect, the DS Grand Palais is not the work of an amateur: Godfroy is a well-known automotive and industrial designer.

At Peugeot for two and a half years, he established the initial design for the 205 and then spent five years with coachbuilder Heuliez, where he was responsible for the Alpine V6 – and for the life-saving facelift to create the Citroën Visa II.

In 1983 he began an 11-year period as a designer for Venturi, while also working on other projects such as the amphibious Hobbycar.

His industrial design has notably included the red-painted Manitou lifting and construction-site machinery seen in every corner of France. 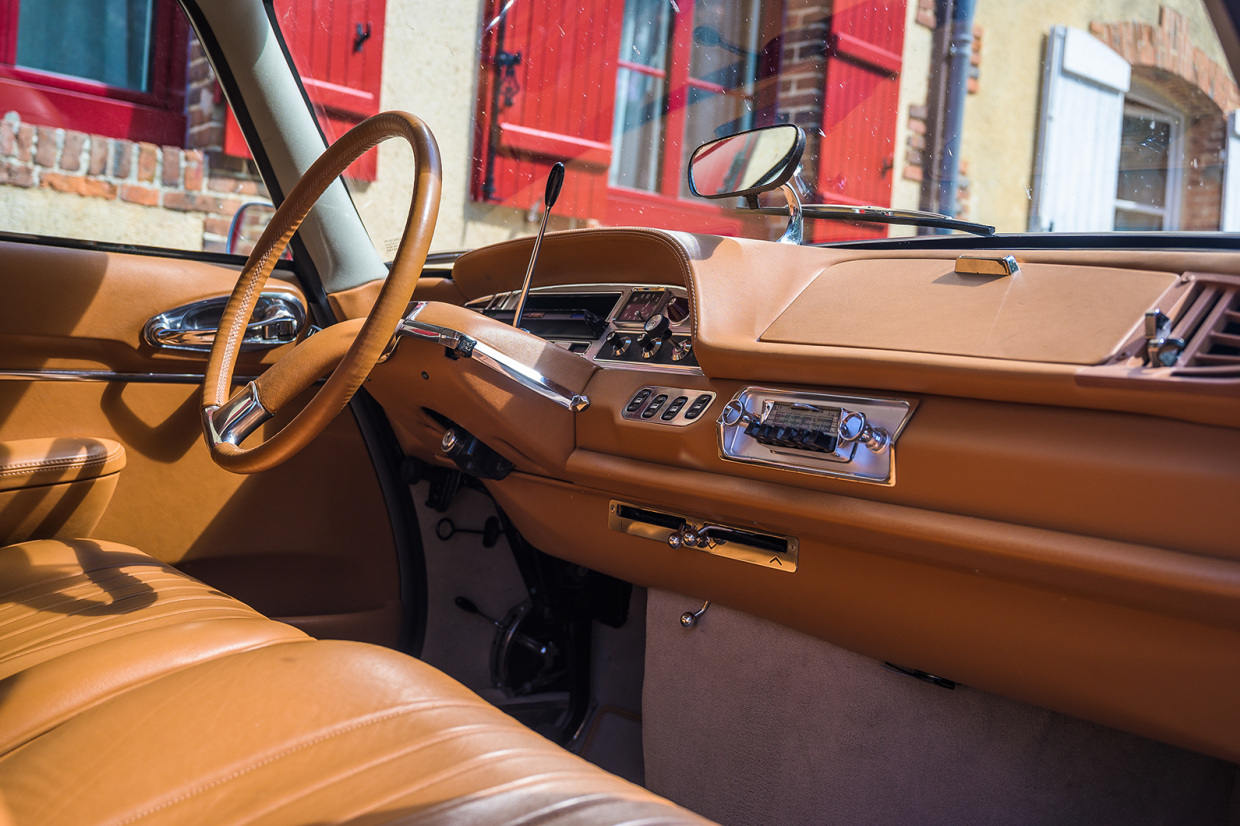 The starting point for the Grand Palais was simple, says the Normandy-based Godfroy.

His coachbuilder colleague and long-time collaborator Christophe Bihr wanted to convert a DS saloon into a replica Chapron ‘factory’ cabriolet.

“I said that with our shared abilities we could do something much more original,” says Godfroy. “There are so many people doing cabriolets, so I persuaded him to do a coupé.

“Citroën never built a coupé. I wanted to do something that was different from the Chapron hardtops and closer to what the DS designer, Flaminio Bertoni, had done with the saloon.

“With a coupé I could do something more personal, but respecting the spirit of the original – which meant a very curved back window, and rounded contours at the rear.

“I also wanted a pillarless glasshouse, because with the windows wound down I actually find a car like that more agreeable to drive than something fully open.” 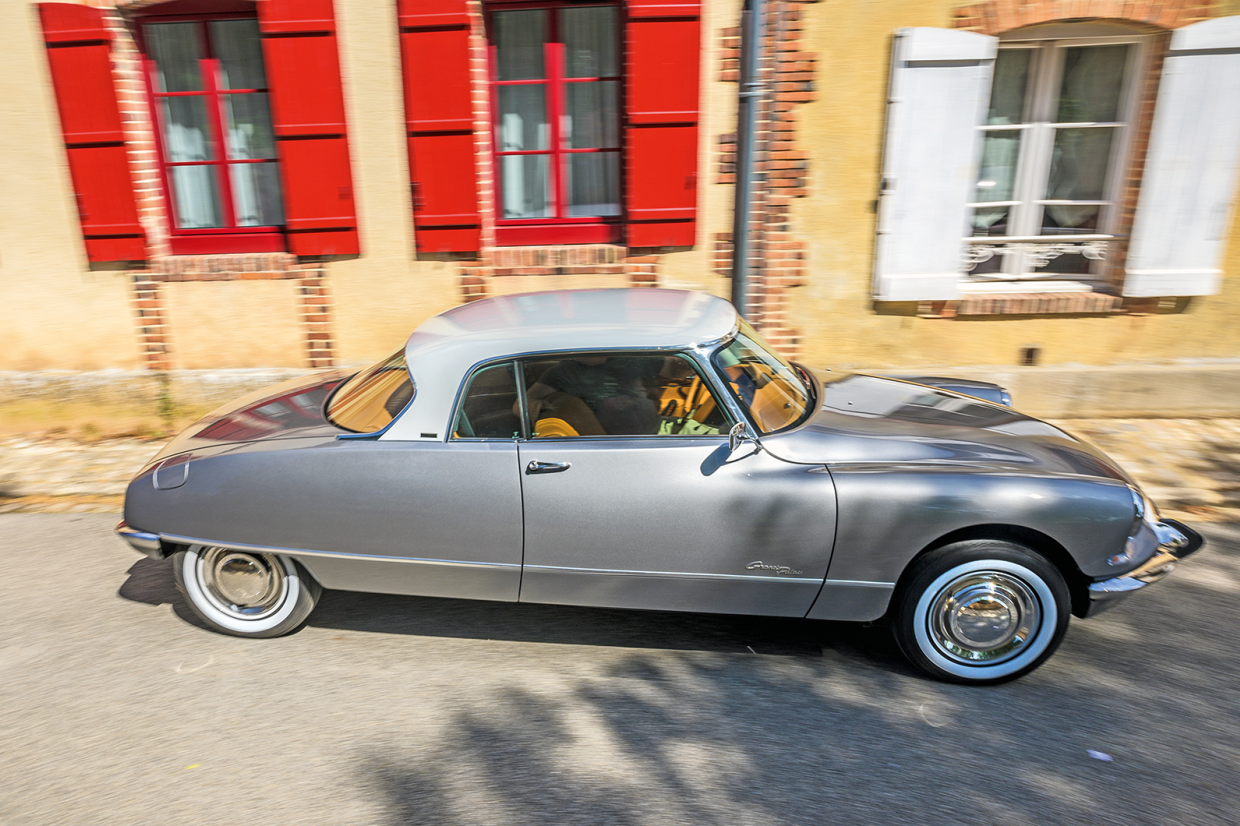 The first drawings date from 2012, after which Godfroy worked on a computer.

Then he turned to the shaping of the buck, once the basic contours had been established by means of a slender tubular framework.

The final form was arrived at using blocks of polyurethane foam sculpted painstakingly by hand – echoing the technique of plaster sculpting Bertoni used.

“I suppose I’m something of a sculptor myself, because I found that the rear was a real pleasure to do – to arrive at the right curvature in the two planes,” says Godfroy.

“I also wanted to get a bit more curvature into the rear wings – I wanted a much more rounded rear, to give more fluid lines and a more elegant reflection of light.

“On a ‘factory’ cabriolet the wings are much flatter, whereas here they bow out below the waistline crease. The idea was to retain the characteristics of the DS, but to take them to a higher level.” 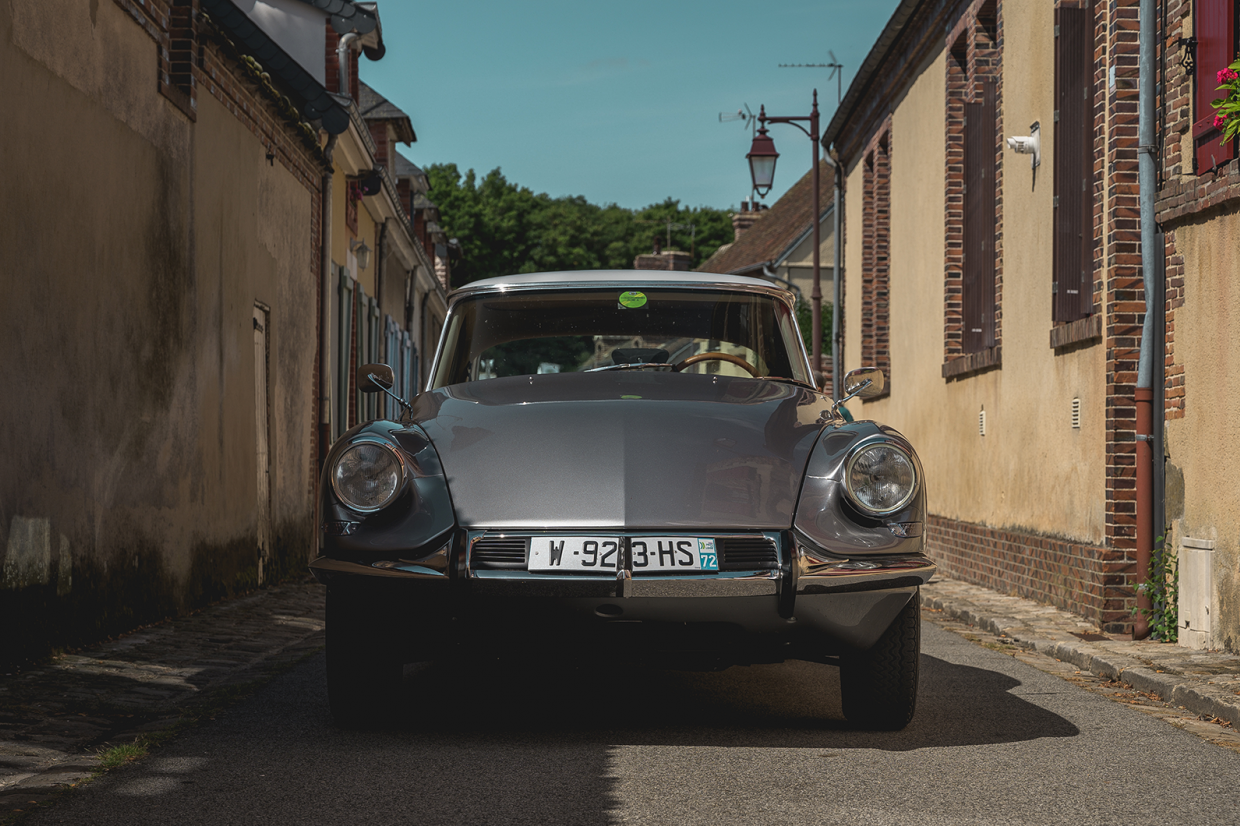 It was then down to Bihr to build the car, starting out with a 1968 ‘basking shark’ DS21 carburettor saloon.

From the scuttle back the new body is made entirely in glassfibre, married to a steel front end of the type introduced for 1963 and with doors – extended by 10cm – in glassfibre with steel reinforcements.

More modern hinges and catches were used, and Godfroy is particularly proud of the quality ‘thunk’ with which the doors close.

The body understructure is based around a strengthened chassis with beefed-up sills, and aft of the door aperture on either side there’s a stout A-shaped frame in folded steel, forming the centre pillar and the C-post.

Also in steel is the closing panel for the boot. 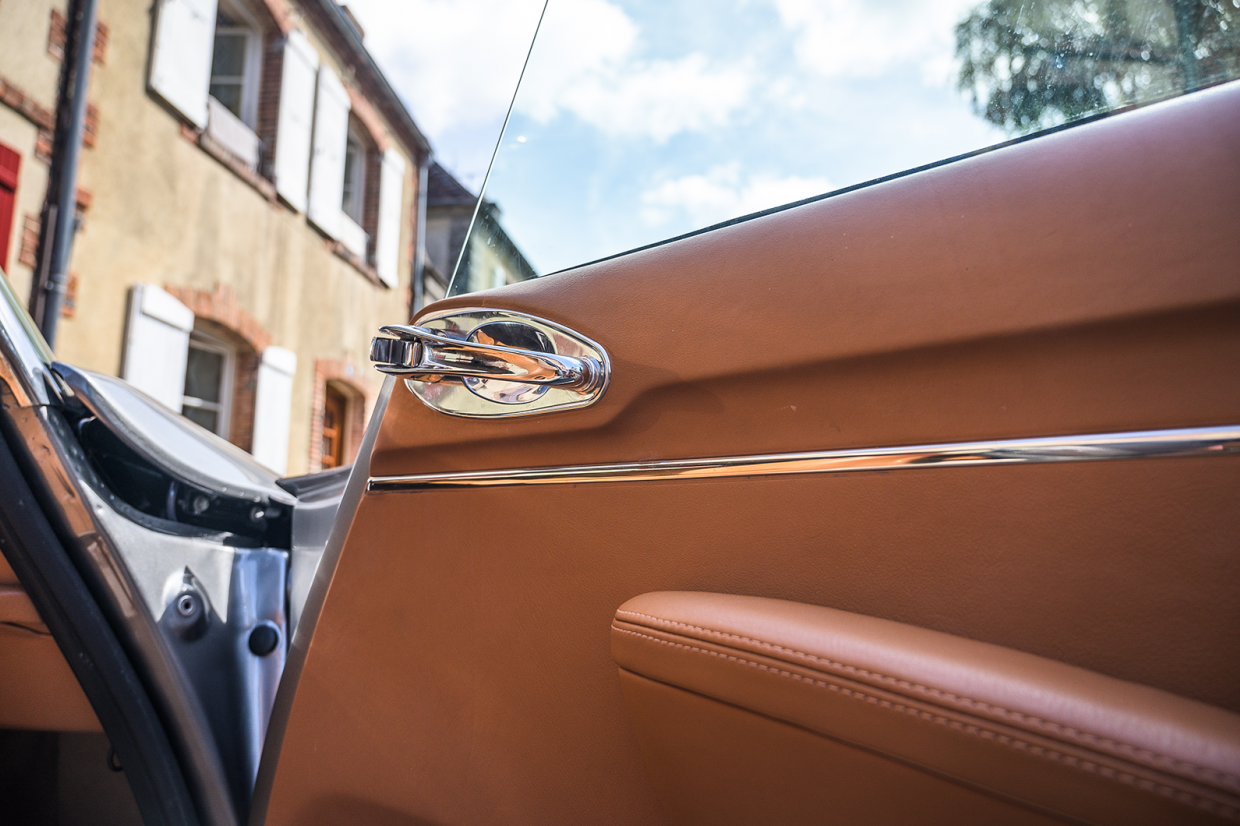 The glasshouse – lower than on a regular DS saloon – is completely new, with more robust front and rear pillars and a tubular perimeter frame for the roof.

“It’s extremely rigid – there’s no structural ‘chattering’ even if you wind down all of the windows,” says Godfroy.

“It’s much stronger than the original. If you had a crash in a standard DS, the thing just came apart. This is far safer – you could have a roll-over accident and the roof wouldn’t be crushed.

“Also the DS always rusted badly, so once we had finished the structure it was given cataphoric rust-proofing.”

Despite the car’s increased rigidity, Godfroy has established that the finished Grand Palais weighs within 10-20kg of a factory DS saloon: “What we put into the car in reinforcement is compensated for by the lighter glassfibre panels.” 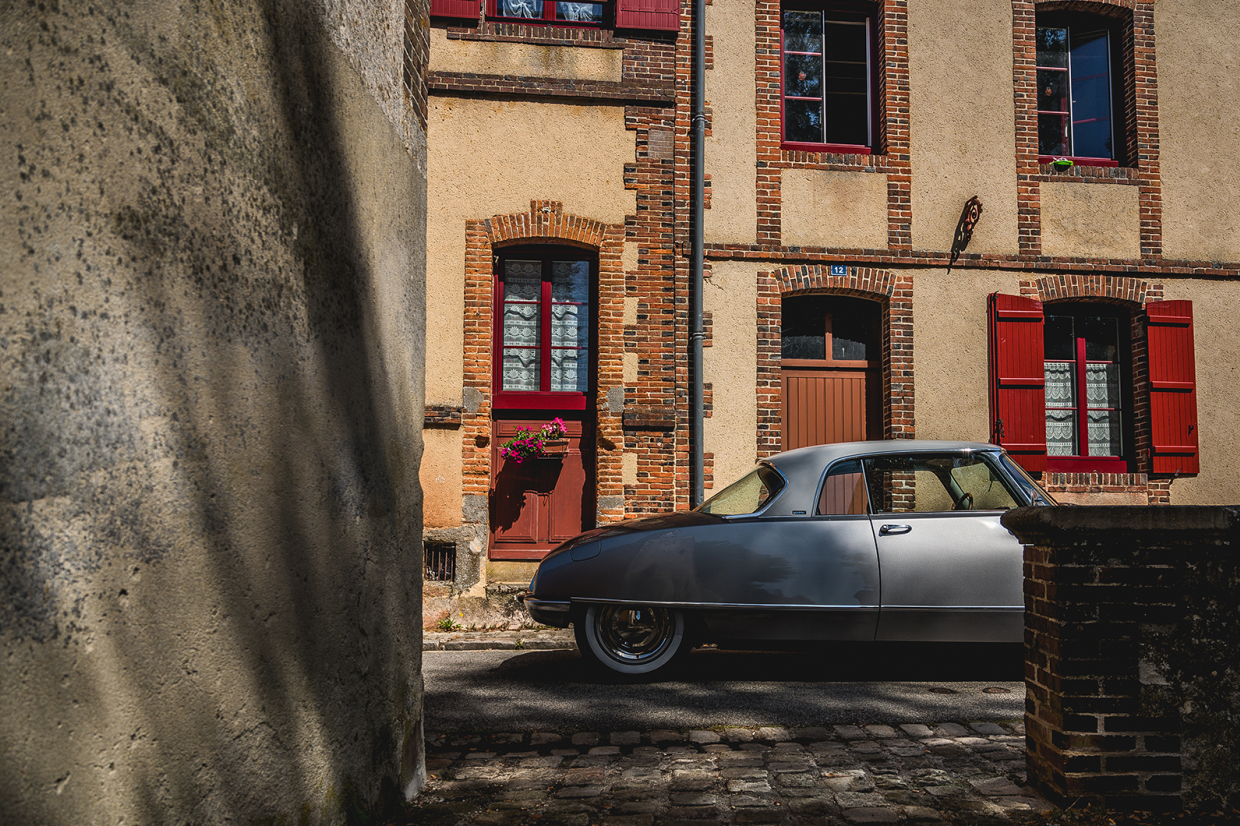 Inevitably, the process of creating the car took time. “Christophe was under the pressure of a deadline – to get it done while I was still alive,” jokes 73-year-old Godfroy.

“We spent thousands of hours on the project, between 2014 and 2019. I worked for six months full-time on the design, so that was 5000 hours. Then it took 6000 hours to build it. That should discourage people who might want to do something similar!”

The most difficult bit was the glazing – and it is all in glass, from Pilkington, including the rear bay.

Getting the operation of the windows correct was a significant challenge, according to Bihr, as was making sure that every detail was spot-on.

The polished aluminium boot hinges, for example, were made by hand, and designed to echo the hinges on a regular DS. “It took some time, but we went with the idea and people seem to like them,” says Godfroy. 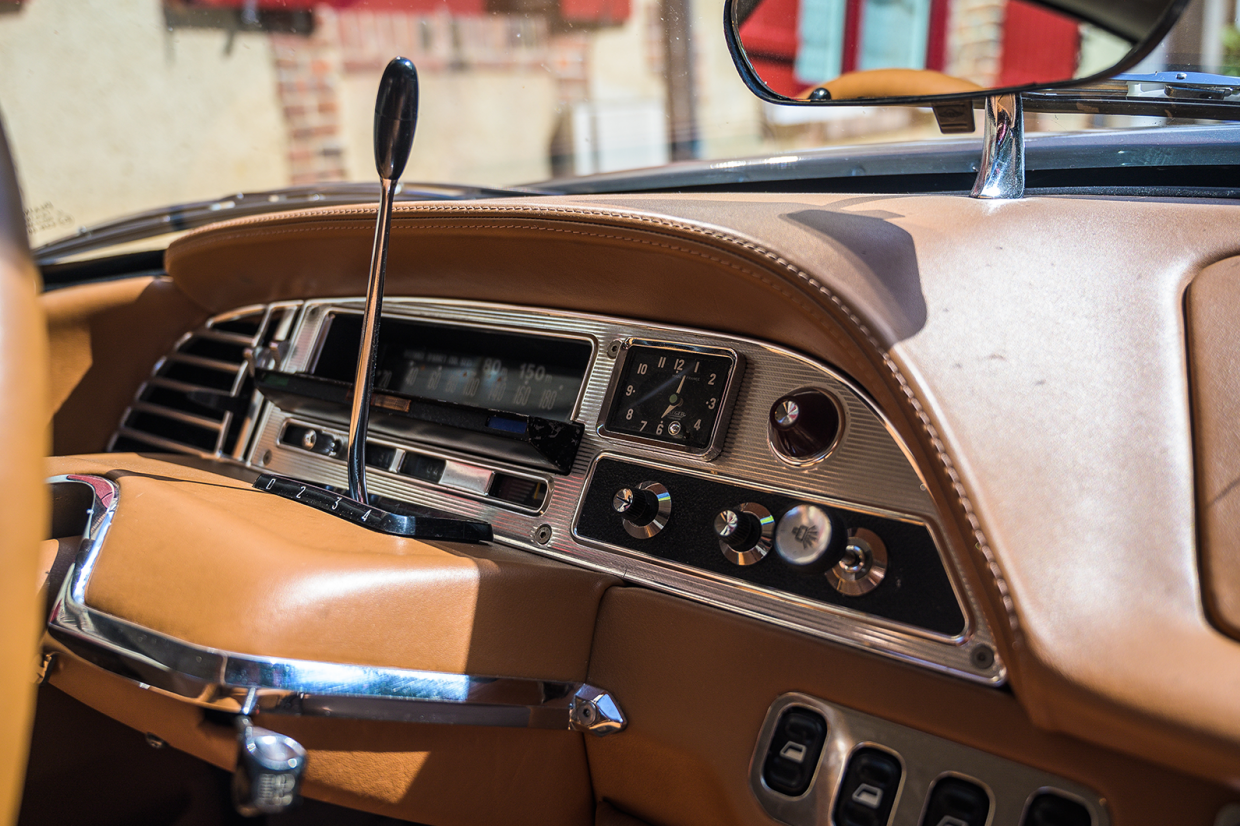 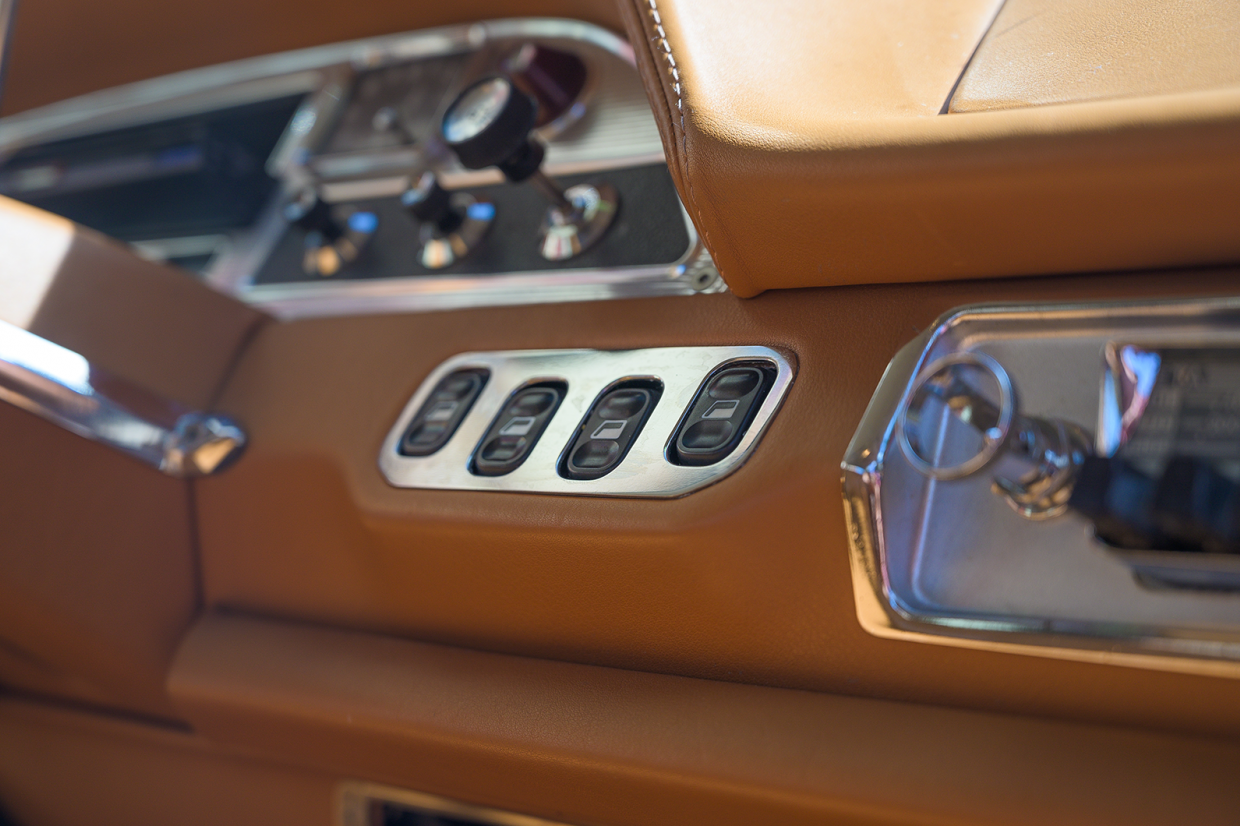 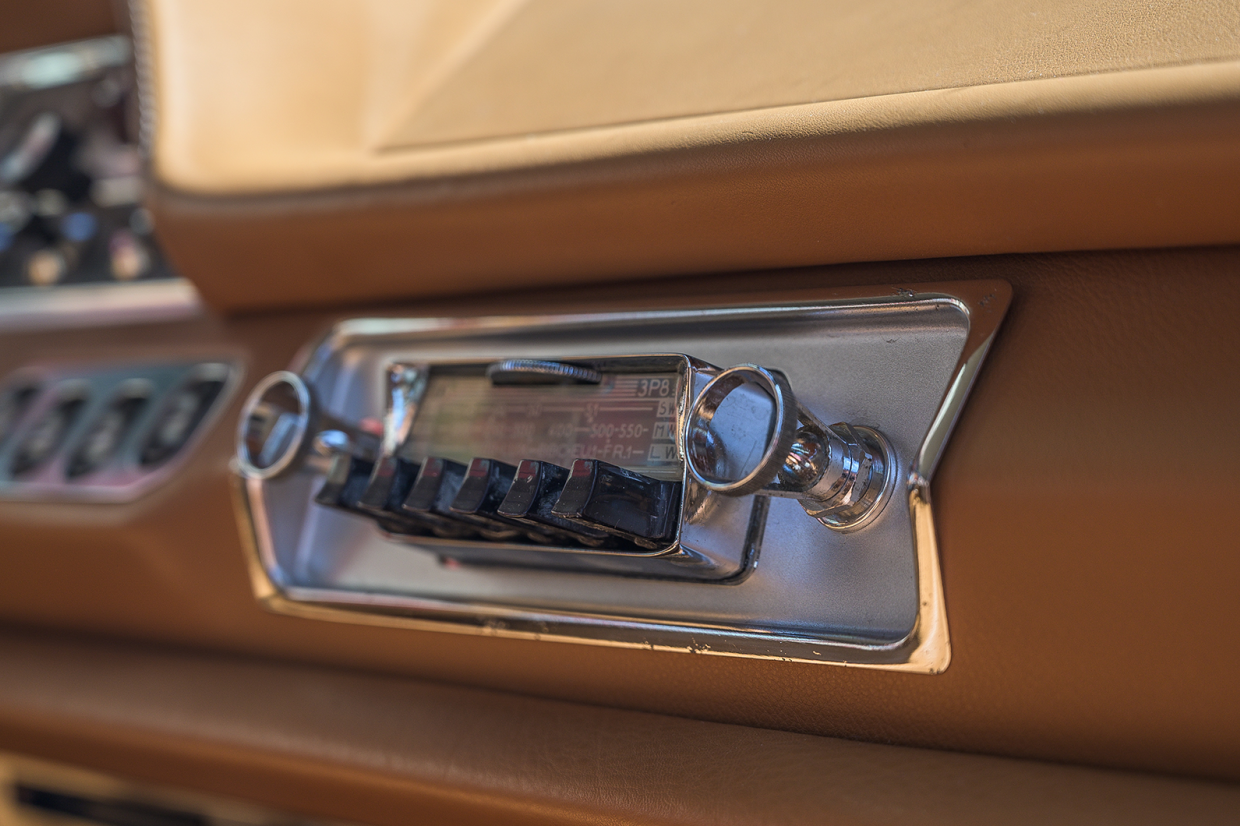 The paint, by Stéphane Champeau of Arnage, is complemented by a delightful tobacco-brown leather interior by Laurent Debraise of Sellerie Debraise.

Clever touches are everywhere, such as the way the radio has been moved towards the driver and the electric-window controls integrated into the middle of the dashboard.

“All of the interior was re-thought,” explains Godfroy. “I had always felt that the design of the door trims on the DS wasn’t to the same standard as the exterior – they were a bit slipshod – and I wanted something a bit different, too.

“The door pockets mimic the original DS dashboard style, and the side panels at the rear curve inwards to meet the seat backrest, with a chrome strip that dips slightly towards the back, echoing the car’s waistline.” 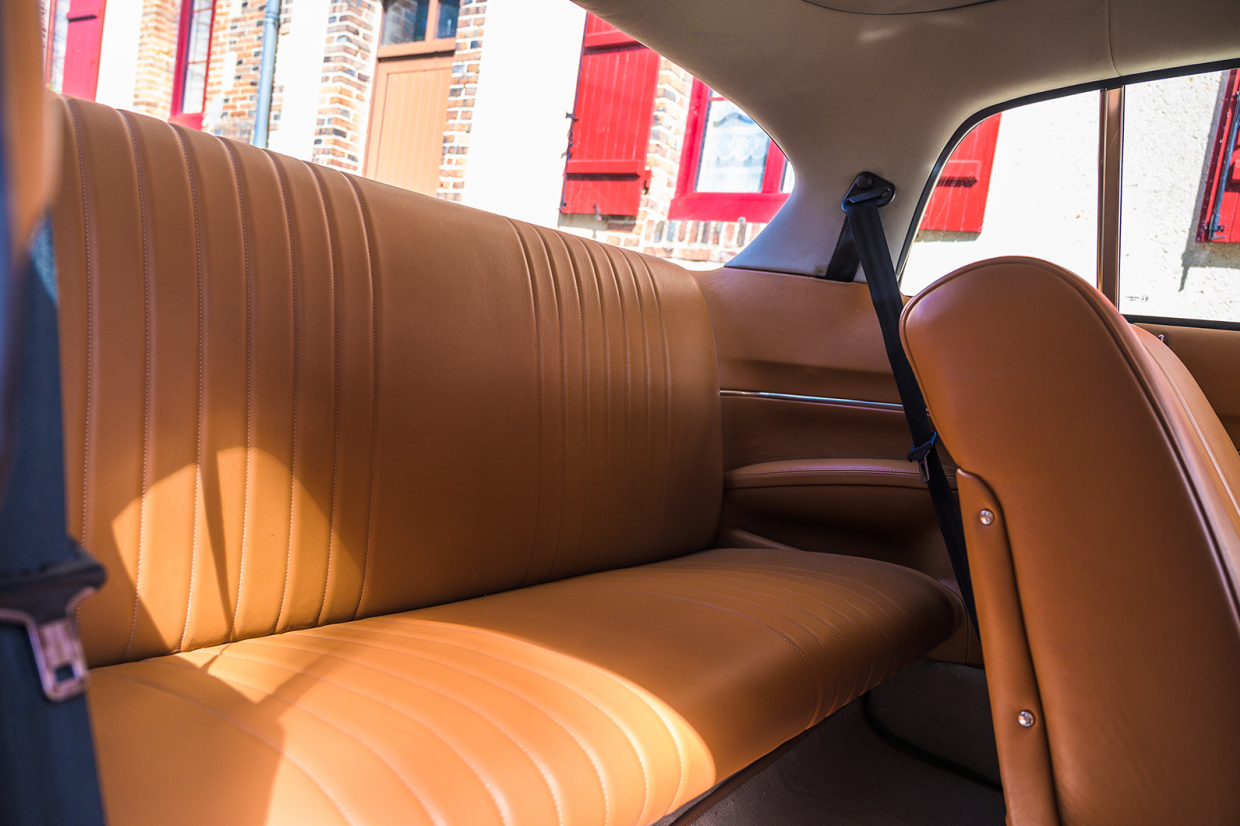 The cockpit would be further improved, he feels, with a new set of round instruments.

An adaptation of the triple-dial cluster introduced for 1970 is one possibility, or maybe a two-dial set-up similar to that found on some Slough-built cars: “I want something that is nicely integrated. I don’t want something like the aftermarket Jaeger instrument panel, which is expensive and yet still looks like an accessory.”

So will the Grand Palais remain a one-off? That was originally the idea, according to Godfroy: “At the outset it was just something for our own pleasure.

“But with the amount of work that went into the car, it makes sense to build more than one – especially given the enthusiasm with which it has been received. 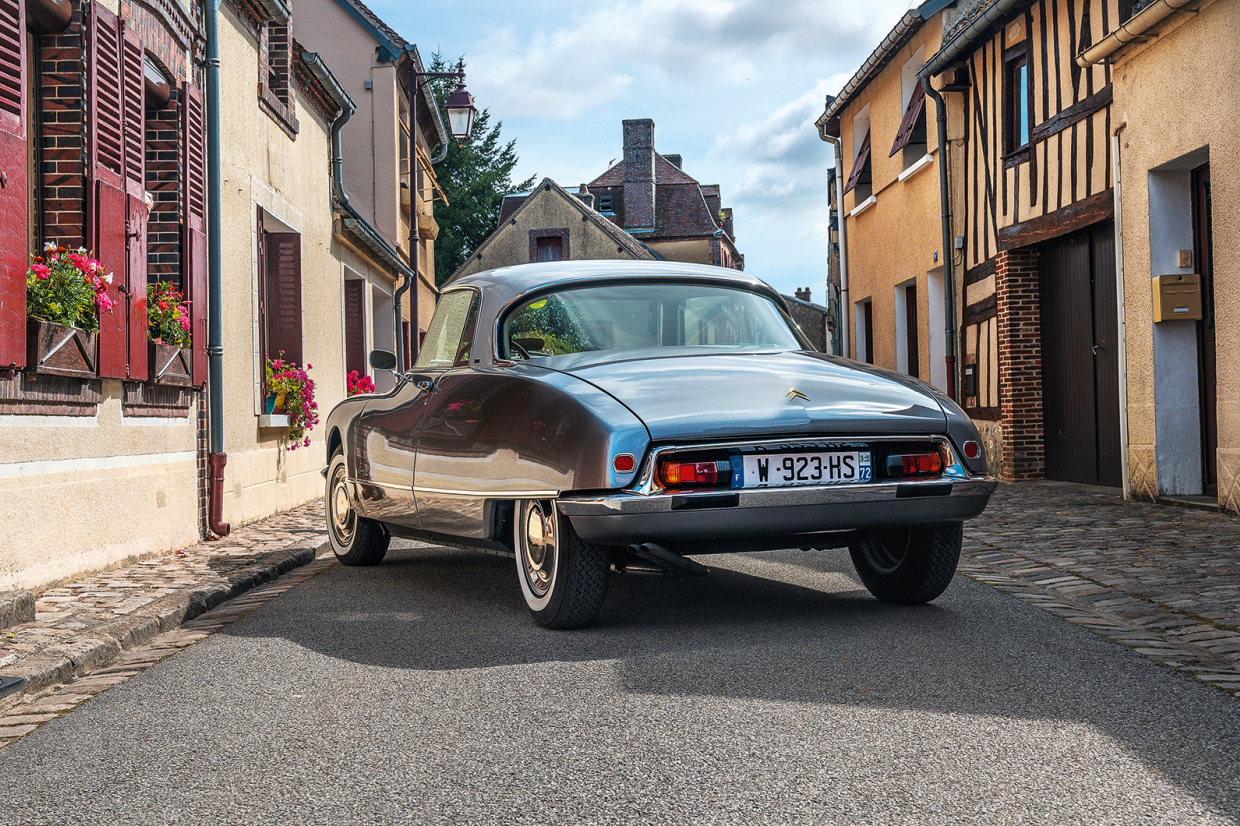 Indeed, since we photographed the Grand Palais an order for a second has been received.

There’s still the question of homologation for the French market, and Godfroy says that as a result he’d be interested in enquiries from the UK, where legislation is more accommodating.

Meanwhile the car is fulfilling an important function, reckons its creator: “Above all, I’m delighted that people like it so much. In my profession, the important thing is to transmit an emotion – and this emotion seems to be shared with a good number of people.” 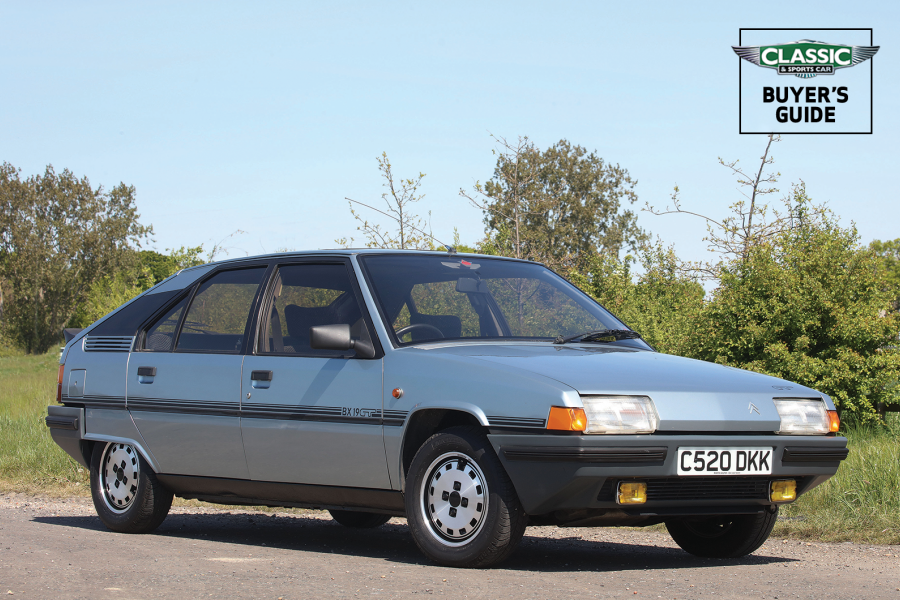 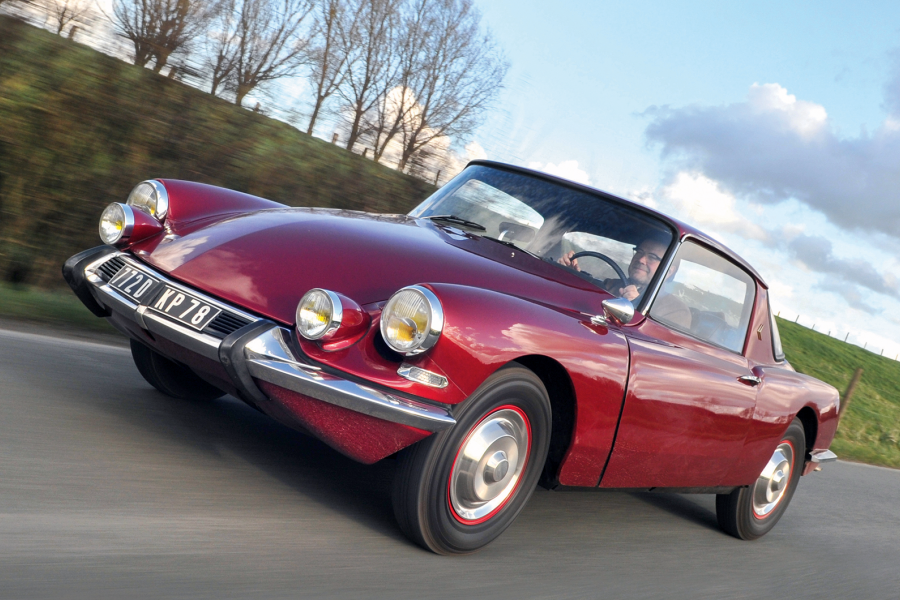 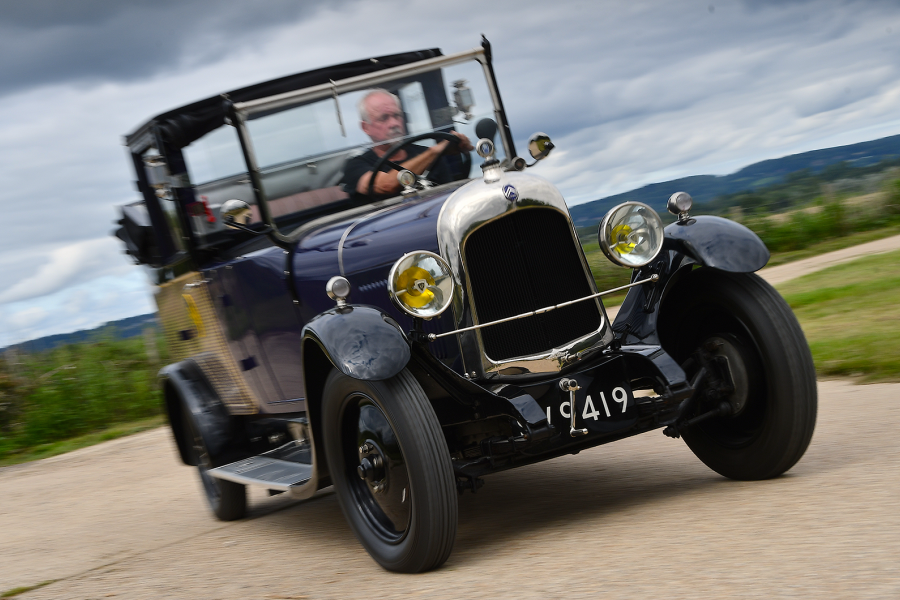 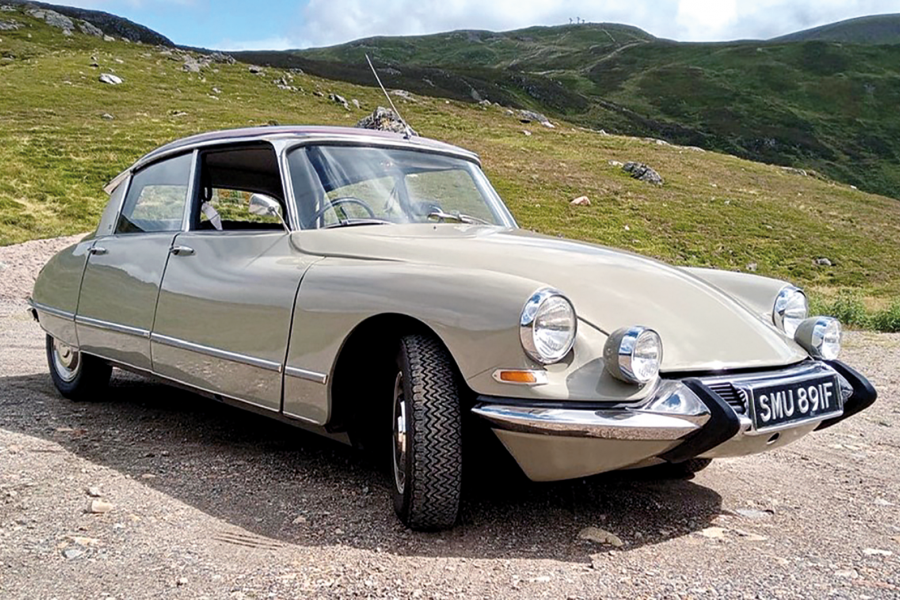