Meet the classics from the C&SC community 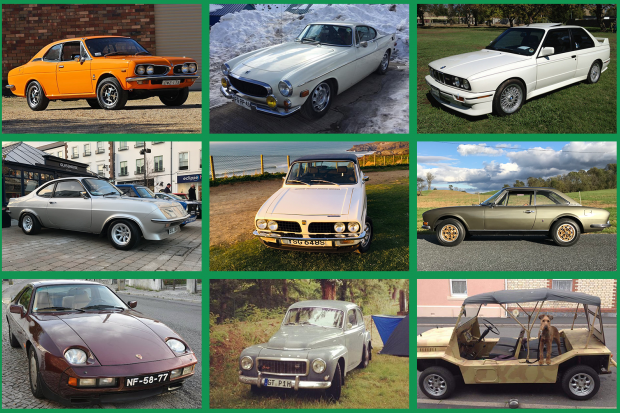 You won’t be surprised to learn that we at C&SC get great happiness from classic car ownership.

Yes, so there’s frustration, pain, poverty and skinned knuckles, too, but they all fade into the background once we get behind the wheel.

And we’re delighted that so many of you agree – and with such passion and enthusiasm.

How do we know this? Well, for International Day of Happiness on 20 March, we posted a question on our Facebook and Twitter pages asking which classic car makes you happiest – and conceded that it might simply be whichever’s working…

Your fantastic response, which one respondent described as being like “an online car show”, deserves a celebration of its own – so here’s a snapshot of our community’s cars and why they have that feel-good factor. 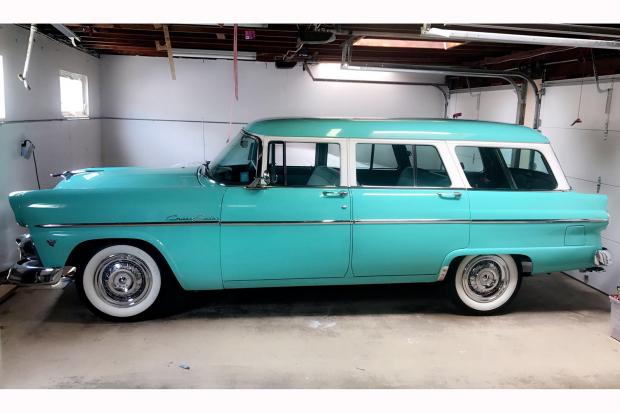 That quote about the online car show came from Arthur Harvey, from Schenectady, New York who rightly says he has the “privilege” of owning a number of classics: a 1965 Plymouth Satellite hardtop, a 1967 Plymouth Satellite convertible, 1975 Maserati Bora, 1982 Alfa Romeo GTV6, 1994 Alfa 164LS and a 2007 Aston Martin DB9. He neatly calls his collection “curated” and “diverse”, “a car for every desire!”

Staying Stateside, for Jacob Cardenas who lives in Orange County, California, there’s nothing better than his Ford Country Sedan.

“I’ve always been a huge fan of ’50s American cars,” he says. “I followed my heart. I came across my ’55 Ford Country Sedan and I can honestly say it’s been a dream come true!”

He’s now had the car for about a year. “It makes me happy because it’s an absolute joy to drive and is a relative rarity, both in how original it remains and the options that were added to this car.

“I also get a good kick out of how people react when they see the car. Even the long-time hot rodders who have turned their Chevrolets or Dodges into speed machines respect how pristine this car is and reminisce about a time when all new cars were as beautiful as this.” We can’t disagree with that.

Neither can we argue with Cherry Dely’s quip that the classic which makes her happiest is “one that I don’t have to put fuel in!” 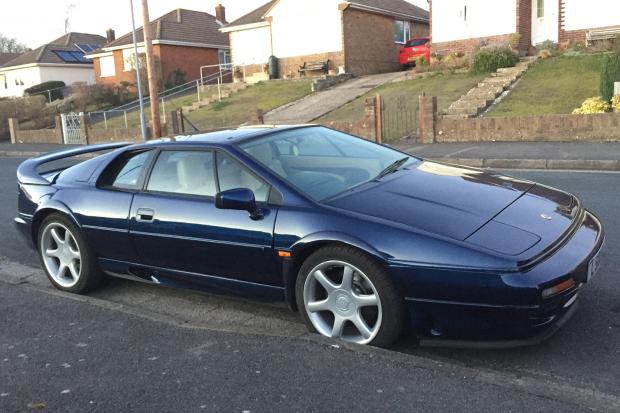 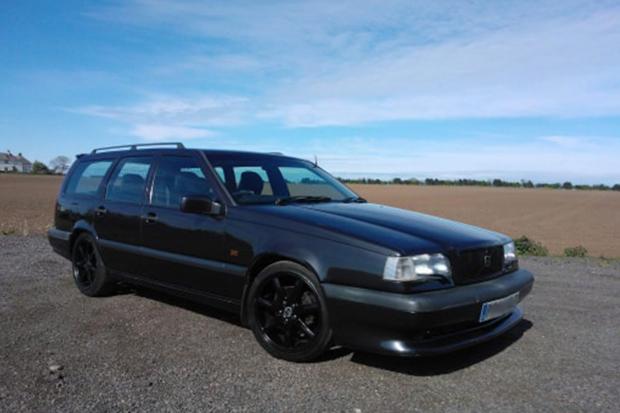 For Simon Netton from Salisbury in Wiltshire, happiness is his Lotus Esprit S4 – and it’s his daily driver, used in all conditions, save for when it’s enduring what he describes as “occasional problems”. Well, we did say it wasn’t all plain sailing.

“The big thing is every time I drive it, the noise position and shape just makes me smile,” he tells us. “I have other cars but only this one does it.”

It’s a similar story with Ross McCulloch from Glasgow and ‘Giles’, his Volvo 850R: “I’ve owned Giles for six years now but sadly he’s down with head gasket failure after 287,000 miles, but plans are in place to bring him back.

“He’s such a great car that always put a smile on my face as it’s such a sleeper and was still catching out newer fast cars on a daily basis. He’s been modified a bit and pulls like a rocket – turbo lag is so underrated, I love it.

“I’m planning to keep him and get him up to standard again soon so I can feel that thrill of a car powered by five angry Vikings!” 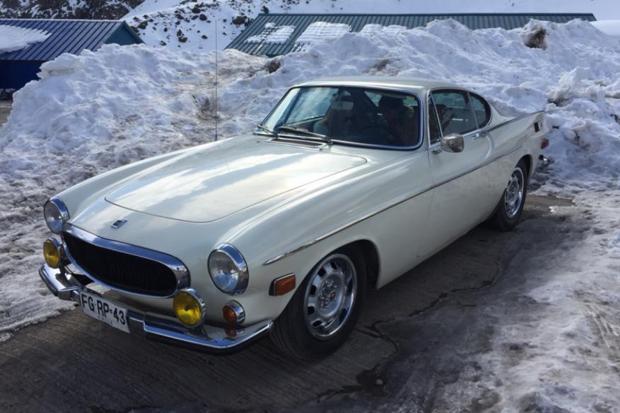 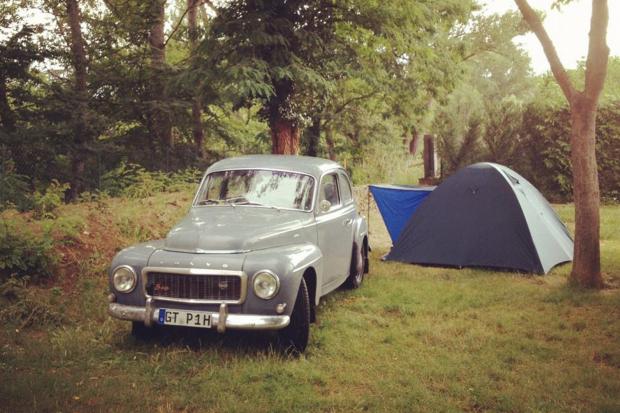 For the love of Volvo! Gonzalo Manzur’s 1800E (left) and Julian Kleinert’s PV544 on holiday

Ross was one of several Volvo enthusiasts to get in touch. Another was 1800E owner Gonzalo Manzur, who lives near the Chilean capital of Santiago. He loves his 1972 car and it certainly enjoys much use: “We use the car to go to the beach in summer and ski in winter and also for weddings.”

He’s enjoyed driving ‘Grandpa’, as he calls it at home in Germany but also to Denmark, Sweden and the south of France, and he’s never had a big problem – that’s why he loves it and it makes him happy.

“It is a car you can survive every day with,” he says. “It starts every time you need it. Once I had a stupid idea to sell it, but I just couldn’t do it! It’ll stay with me forever – which will hopefully be a long, long time.” 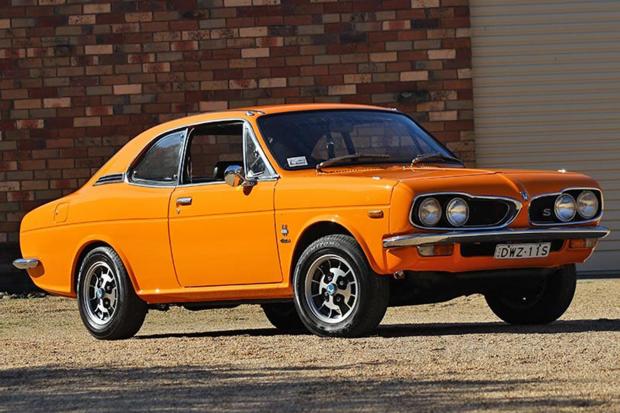 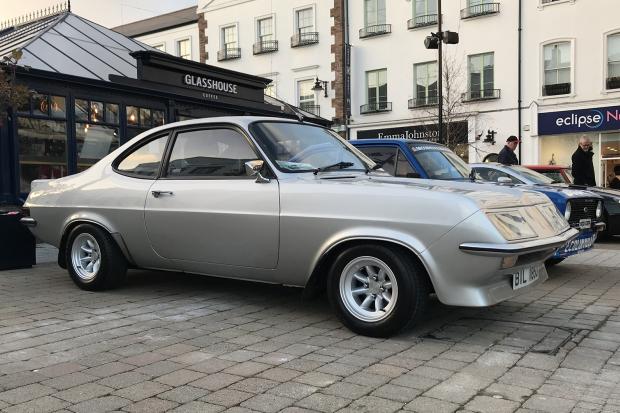 On to a different marque and off to the other side of the world: for Andrew Kilgour from Wagga Wagga, NSW, Australia, happiness is the enjoyment he gets from driving his 1971 Honda 1300 Coupé 9.

“I wanted a Honda 1300 since I was about 14 years old, but they are very rare and hard to find. After 40 years of wanting one, I finally have this one,” he shared.

“My car is a restoration, made from the best parts of two cars. The first car was obtained in March 2015, and the second in November 2017; the restoration was completed in August 2018.”

He adds: “It is an amazing car to drive. I always drive with the windows down, as it just sounds so great – it’s like nothing else on the road and attracts comments wherever it goes.” We can see why!

It’s a similar story for Drew Hull from County Down in Northern Ireland, the proud owner of a 1975 HPF Firenza; when driving his Droop Snoot, people always turn for a second look. 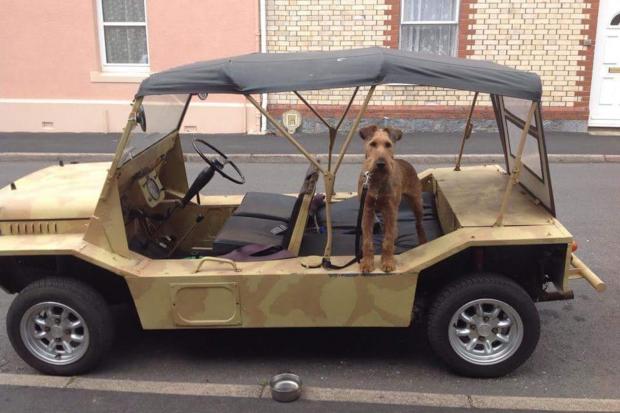 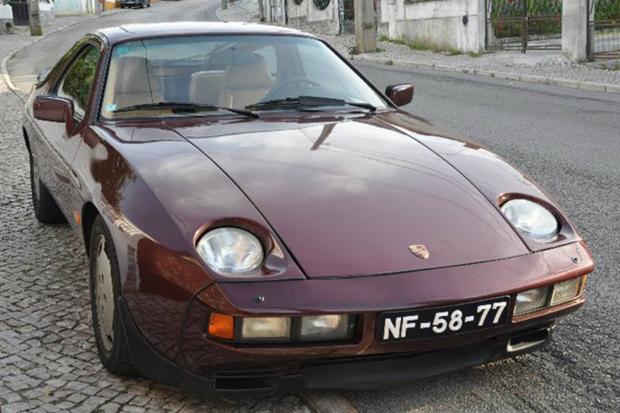 Moking around Devon does it for Paul Tupman, while Ricardo Pires loves is Porsche 928S

Sheer happiness for Paul Tupman – and and Irish Terrier Ted – is going out in the ex-Guernsey-police Moke pictured above.

“I've had a love affair with the Moke since a childhood holiday to Cyprus in the early ’70s,” Paul recalls. “I drive it nearly every day and my two children take it to the beach and on to Dartmoor where we live. I have six classic cars including a 1981 Porsche 911, but the Moke is my favourite and would be the last to be sold.”

“I’ve always thought these cars were undervalued – they are excellent, reliable and made to last,” he argues.

He does concede that his 928 isn’t cheap to maintain, with expensive and hard-to-find parts, and poor fuel consumption, but feels it’s all worth it once out on the road: “When I sit at the wheel, close the door and turn the key, that growling of the V8 comes alive and the rest doesn’t matter.

“Nothing can beat a cruise on a beautiful spring day. And if for some reason I’m upset, a trip in the 928 will make my day better. I rarely turn the radio on because I prefer the music of the V8.” 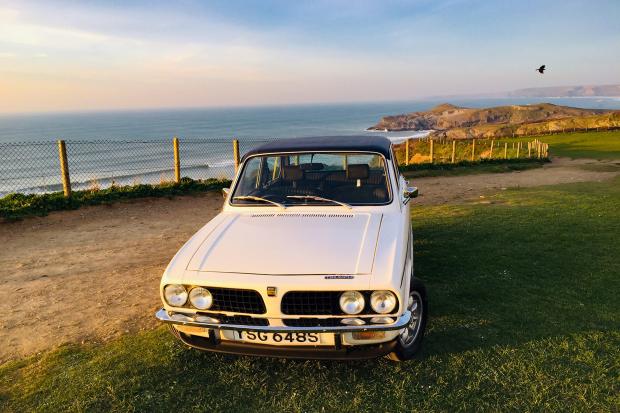 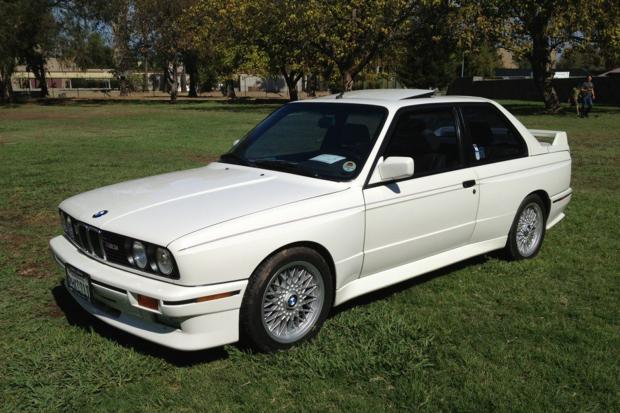 German engineering, in the form of a 1988 E30 BMW M3, has also stolen David Boen’s heart. He’s the second owner of the E30 and has had it for 22 years; it’s part of his six-strong BMW collection and is only used on special occasions and on sunny days, of which there are surely many where he lives in Alta Loma, California.

“I can't help it but every time I am behind the wheel, I always have a big smile on my face,” he gushes. “It is so much fun to drive. It is a natural feeling, without many electronic aids, you are an extension and part of the car. I’ve been offered silly money for it from people who want to buy it, but I always politely say, ‘Sorry it’s not for sale!’”

But for Shelly Pavey, there’s only room in her heart for Dave, a 1977 Triumph Dolomite Sprint.

“Life’s too short to not do what makes you happy,” she enthuses. “After a long search I finally bought Dave last year. I drove him from Milton Keynes back home to Cornwall on the hottest June day, and he was faultless.

“Dave makes me smile and feel so happy every time I see him and drive him. He looks and sounds gorgeous, and certainly attracts a lot of attention. His previous owner Chris and I have become good friends and I keep him up to date with Dave’s adventures.” 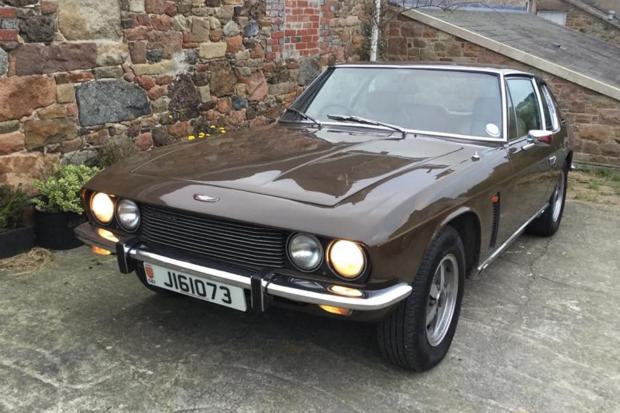 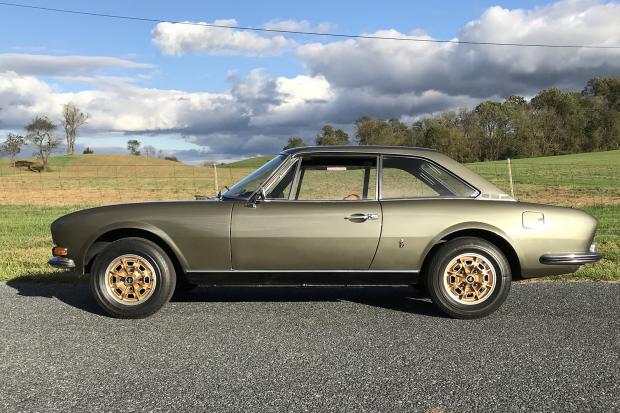 Jenny (left) enjoys life with Myles Flint on Jersey, while this Peugeot 504 Coupé is a rare beast in the US

Another classic car with a nickname that brings happiness is the 1973 Jensen Interceptor III that belongs to Myles Flint. The car’s colour led to a previous owner christening it ‘FT’ or the ‘Flying Turd’! Myles prefers ‘Jenny’...

Taking ownership in 2011 was the realisation of a long-held dream. A move to Jersey and complications with paperwork meant Jenny was off the road for a while, but Myles is loving life now: “It’s great to have her back on the road at long last and nothing beats the sound of that V8 burble as we explore the island – classic car happiness, in short – but only when she’s behaving, of course!”

Rarity is something that John Lawless, Vice President of the Radnor Hunt Concours d'Elegance in Malvern, Pennsylvania values about his 1973 Peugeot 504 Coupé, a car that never went to the USA when new.

“My friend Roland Sotello owns the Spare Parts Company, an Italian motorcycle shop in Philadelphia. He imports old French cars, too. I saw a photo of a 504 Coupé on Facebook that he posted and told him I'd always liked them,” he remembers. “I had no idea that less than 48 hours later, I would be buying one!

“My late father had many interesting French and English cars when I was growing up – I drove our Citroën DS19 to my Senior Prom.”

This car arrived in the US about 20 years ago and it was love at first sight for John, who bought it immediately: “One does not get offered something as odd and appealing as this everyday.”

“Despite having to be bump-started, it was a trouble free drive home,” he continues, but much of his first year with the car was spent fixing mechanical gremlins; it’s since had its interior refreshed and has benefited from a repaint, too.

“It brings a smile to my face every time I slip behind the wheel. I only wish my father was still here to take him for a drive in it.”

16 hero cars with an Achilles’ heel