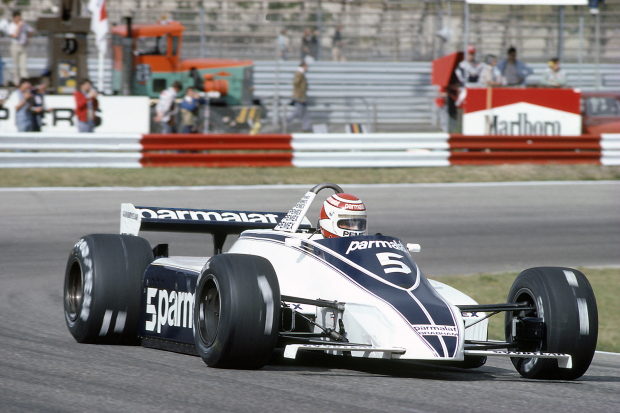 It had been a Grand Prix season dominated by tragedy, controversy and bitter feuding.

First, the drivers had gone on strike. Then some of the teams did. Gilles Villeneuve and Riccardo Paletti had been killed in accidents, and the cars had become not only dangerously fast, but punishing and unrewarding to drive.

At the end of 1982, the FIA therefore stepped in and banned ground-effect technology. With only a few months until the opening race of ’83, teams may have been caught on the hop, but few argued that it was anything other than the right thing to do. 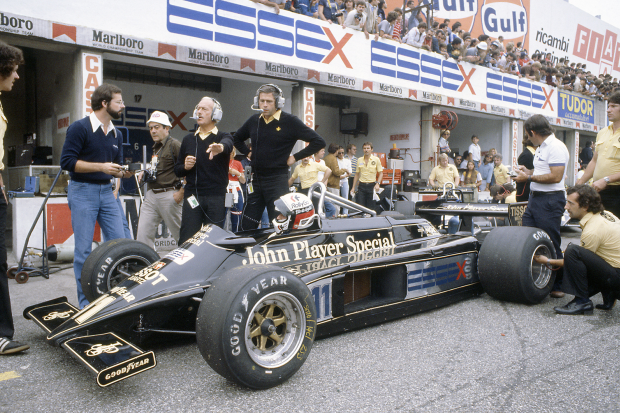 At the end of the 1960s, teams had cottoned on to the benefits of wings – in other words, using the airflow over the top of the car to create downforce. As Colin Chapman later put it, during the following decade Lotus was the first team to also “harness the airflow underneath the car”.

The theory is simple: if you can shape the underside of a car in such a way to accelerate that airflow, you’ll create a low-pressure area. The car is therefore ‘sucked’ on to the road.

Chapman immediately recognised its potential, and provided much of the impetus and drive to make it work, but it was Lotus engineer Peter Wright – who’d dabbled with a ‘wing car’ for BRM in the late 1960s – who made the key breakthrough.

Correctly shaping the underbody was one thing, but only by adding ‘skirts’ along the length of the sidepods could you stop air being sucked in from either side and create a proper seal beneath the car. 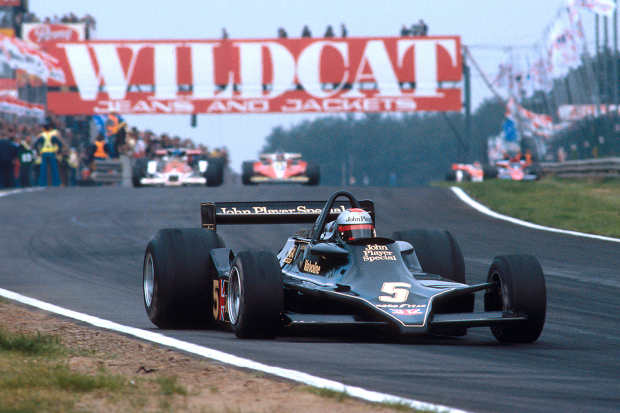 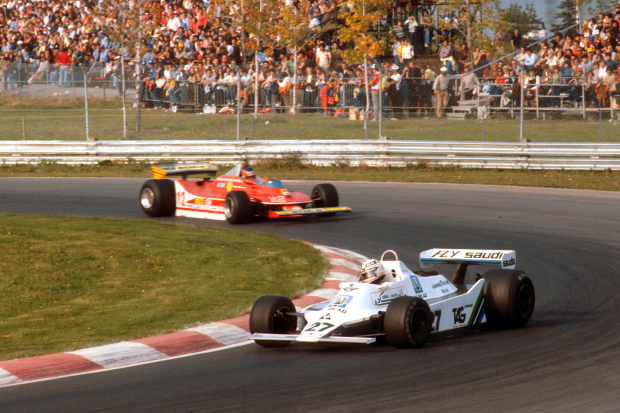 Mario Andretti took the 1978 drivers’ championship in a Lotus 79 (left), but by the end of the ’79 season the Williams FW07 was the strongest car on the grid

The Lotus 78 introduced ground effect, but it was the 79 that unleashed the technology’s true potential. In 1978, Mario Andretti won the drivers’ championship and Lotus the constructors’ title – but Chapman’s advantage was short-lived.

Martin Ogilvie was part of the design team at Lotus: “With the 79, we designed specifically to Chapman’s requirements in terms of structure, which was really just holding the sidepods up. It was all very wishy-washy and not really up to scratch… the chassis wasn’t stiff enough, the sidepods weren’t stiff enough.”

It was left to others to fully exploit ground effect. Despite the width of its flat-12 engine compromising its attempts to embrace the new technology, Ferrari won both championships in 1979 – but in the latter part of the year Patrick Head’s William FW07 had established itself as the fastest car on the grid.

Lotus, meanwhile, was being left behind. Ogilvie: “Williams appreciated the loads involved and made the chassis rigid and simple.

“After the 79, we found more downforce in the wind tunnel – a massive amount more. We took [the 80] to Brazil and had porpoising problems. “

To get the maximum downforce, you need an inlet, a flat section and then an exit. But if the centre of pressure is in front of the flat bit, it brings the nose down, which then chokes off the airflow, which brings the nose up again – so it starts porpoising.

“That’s when we learnt you can have too much of a good thing.” 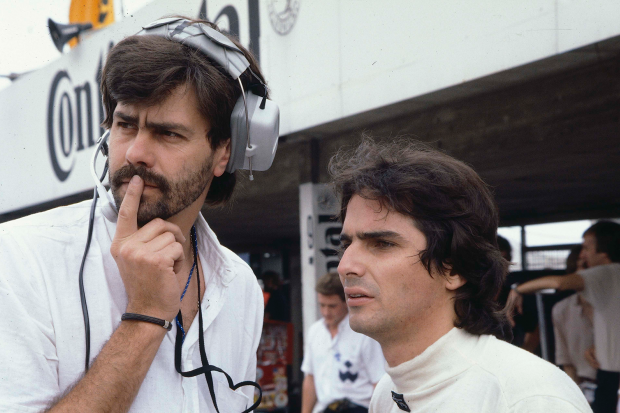 Gordon Murray and Nelson Piquet before the 1980 German Grand Prix

As other teams started to get a better handle on ground effect, the 1980 and ’81 seasons boiled down to Williams vs Brabham – or, to put it another way, Patrick Head vs Gordon Murray.

In 1980, Alan Jones won the drivers’ title for Williams. In ’81, Piquet won it for Brabham, but only after a controversial season dominated by debates over the car in which he did it.

At the end of 1980, the FIA had attempted to keep things in check by introducing a regulation that said there had to be a 6cm gap, at all times, between the ground and the bottom of a skirt or the side of the car. The idea was to break the ‘seal’ provided by skirts and reduce cornering speeds.

They reckoned without Murray, though. His pre-season warnings about policing the regulation were dismissed by the FIA, so he pressed on with a hydraulic suspension system that brilliantly exposed its enormous loophole.

At rest, his Brabham BT49C complied with the 6cm regulation. Once the driver ventured on to the track, however, downforce from the wings pushed it down and hydraulic fluid was forced from one side of a valve to another, in effect ‘shortening’ the suspension and enabling the car to run close to the ground.

After the race, or at the end of practice, the driver then did a slow lap. With very little downforce being applied via the wings, the fluid gradually flowed back again. As it did so, the car’s ride height increased and it was legal again by the time it arrived back at the pits.

Rival teams started protesting without knowing how Murray had done it, and therefore what exactly they were protesting. Then they tried copying it – again, without knowing what they were copying. Finally the FIA gave up, with the farcical result that everyone else was allowed to adopt crude versions of Murray’s system that were operated by the driver. 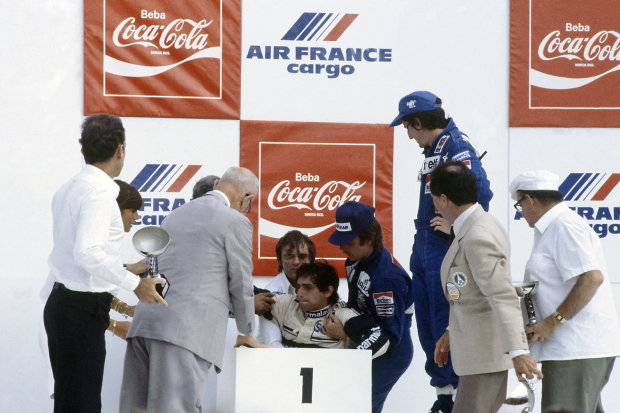 For 1982, the 6cm rule was abandoned and cars were again running as low as possible and as stiff as possible. The latter requirement was so extreme, in fact, that both Williams and Brabham – having reached their maximum settings in terms of springs and dampers – tested their cars with the suspension fixed absolutely rock-solid.

The Williams test had been carried out at Paul Ricard, and the limiting factor was purely physical. Alan Jones suggested that, if only a way could be found to add a little ‘give’ to his seat, it might work.

“Perhaps you could sit on your wallet,” suggested Frank Williams. “You’d have to give me something to put in it first,” replied his driver.

Throughout 1982, drivers railed against the latest cars. The steering was heavy, the suspension was impossibly harsh, and they were finishing races bruised and battered. After winning in Brazil, Piquet promptly collapsed on the podium.

As an illustration of how much speeds had increased, Alain Prost’s pole-position time at Rio was more than six seconds faster than Piquet’s pole lap 12 months previously. 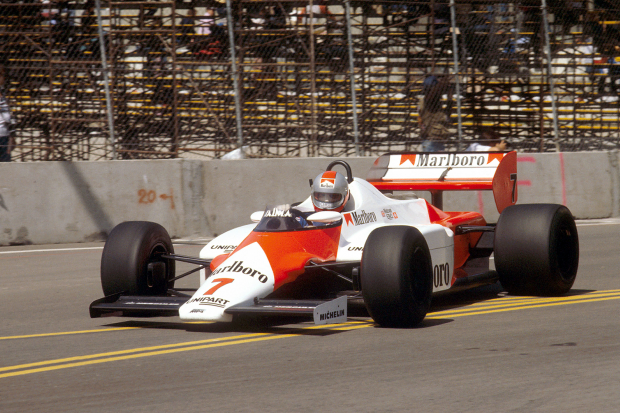 It was a difficult season for any number of reasons, but at the end of it came a rare moment of sanity. After the absurdity of the 6cm rule, the FIA finally grasped the nettle and completely outlawed ground-effect technology.

It meant that, at very short notice, teams had to totally rethink their designs for 1983. Murray had to scrap his BT51 – which incorporated not only ground effect, but had also been specifically designed around mid-race refuelling – and instead come up with the all-new BT52.

McLaren’s John Barnard, meanwhile, had been working hard with Porsche to make sure its new turbo engine would be perfectly integrated into his ground-effect chassis – to no avail. That said, his efforts did mean that the MP4/2 was still the class of the field when it appeared in 1984, even with a flat underbody.

It was Barnard’s work during the ground-effect era that resulted in a more enduring breakthrough. The ideal monocoque was narrow enough to allow for large venturis either side, and stiff enough to cope with the immense loads being generated. And, of course, it needed to be light.

Those requirements led to Barnard developing Formula One’s first all-carbon monocoque, which had been introduced on the 1981 McLaren MP4/1. Everyone else soon followed suit.

Cornering speeds may have temporarily dropped following the banning of ground effect, but straightline speeds emphatically did not. Everyone was jumping on the turbo bandwagon, and by 1986 drivers were being sent out for qualifying with up to 1500bhp on tap.

Lap times were well below those posted in the ground-effect days and the governing body once again had to think about reining everyone in. Plus ca change…

Graham Hill and the season that changed Formula One